Checked to see if the Dotterels were still present this evening and lo and below there was no sign of them at Aillebrack nor the 80 or so Golden Plover that they were very loosely associating with. I had a look at Truska 3km to the North and on the last scan I managed to pick up all three birds in exactly the same spot that a juvenile Dotterel along with two Buff-breasted Sandpipers were last Autumn. They seem to favour a slightly pot marked area of machair in behind some old, low grey sand dunes which was all just bare sand up to about 2000 going by aerial photography.
Away the birds showed even better today with the light being much better than the previous day. The more brightly coloured bird appeared to be the most approachable bird of the group.
John Murphy has pointed out that he had a Dotterel at Rahasane Turlough on 29th December 2001 which slipped my mind. Unfortunately this record wasn't submitted to the IRBC at the time, it would have been the second accepted county of the species. 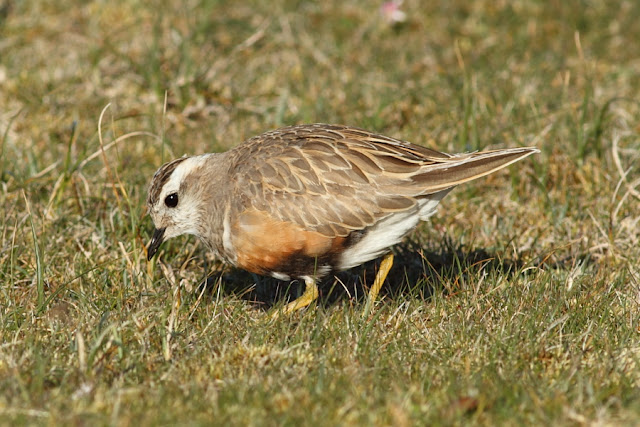 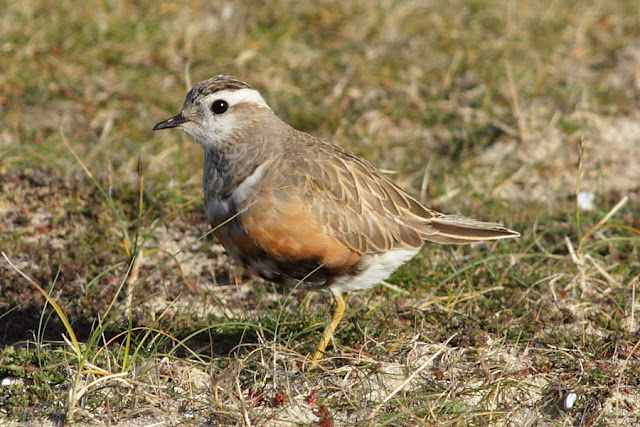 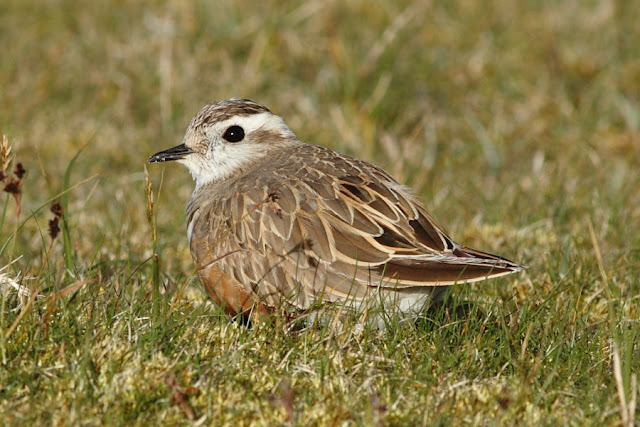 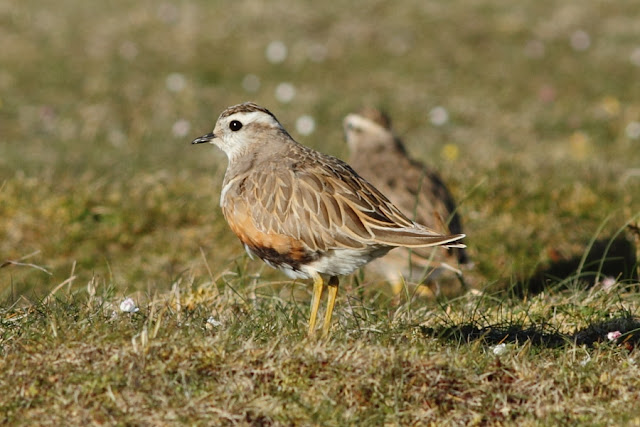 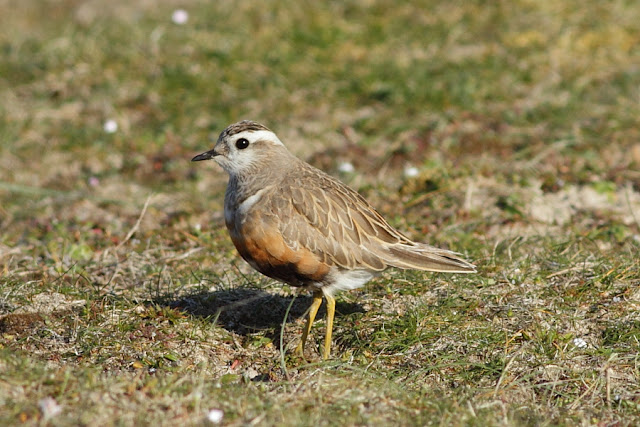 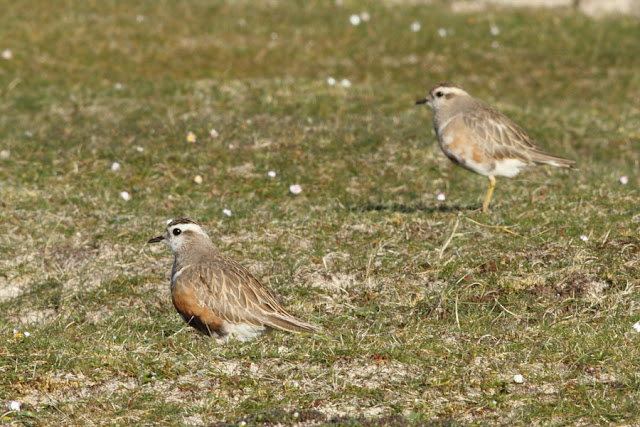 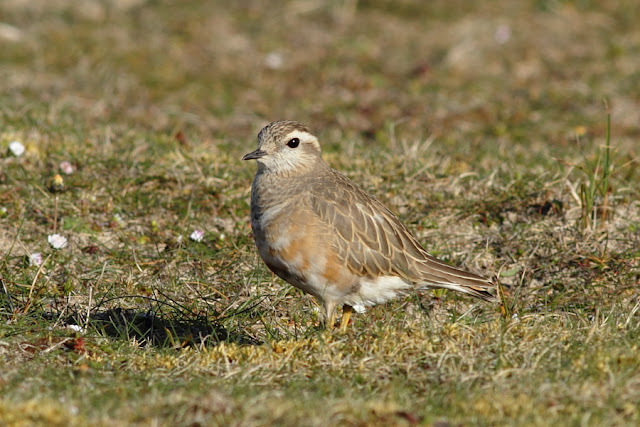 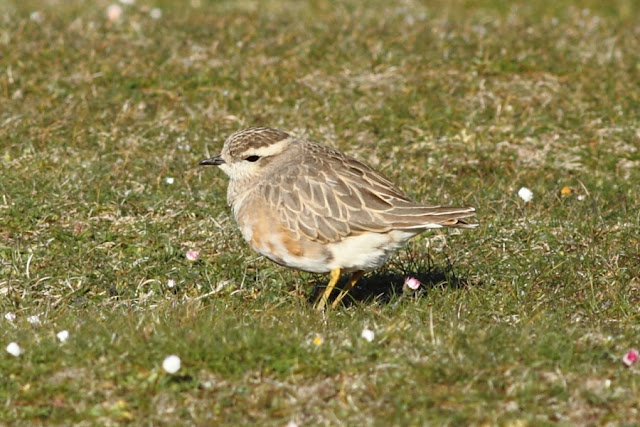