Headed out to Inishmore to catch up with Hugh Delaney's Dusky Warbler. I saw the Dusky at Power Head, Co. Cork in 2009 but this was too much to resist. Could be a while yet before another shows up here again. This will be the tenth Irish record is accepted. There have only two in UK this Autumn up until the Friday both of which were on Shetland and one of those was also found on the Friday evening.
This is the first good Sibe for Inishmore. Previous to this we've had about three Red-breasted Flycatchers, three Barred Warblers and numerous Yellow-browed Warblers including two different day counts of at least ten birds. So it was good to see that some good birds from the East can reach this West coast location. The only other West coast Dusky record refers to a bird picked up injured in Limerick on 5th December 1970 that had been ringed in the Calf of Man the same October (I think). Cork seems to have the near monopoly on Irish records with seven of the nine total, the remaining Irish record is from Wexford.
We searched for the bird for a few hours in the morning but couldn't pick it up. It showed fairly well in the brambles and bracken for Hugh the previous evening and was quite vocal. We split up and I headed West up as far as Bun Gabhla, the best being a Great Tit and about 3 Chiffchaffs. On my way back I stopped off at the Dusky location for another look when I got a call from Hugh to say he probably had it again but couldn't be 100% sure. Thankfully after about a half hour wait I had in the Scyamores in the main garden and later in the Fuschia and brambles but it was more typically elusive and just occasionally calling very Wren like. 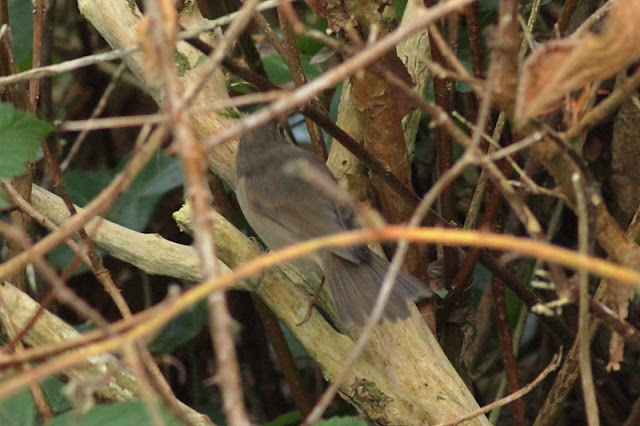 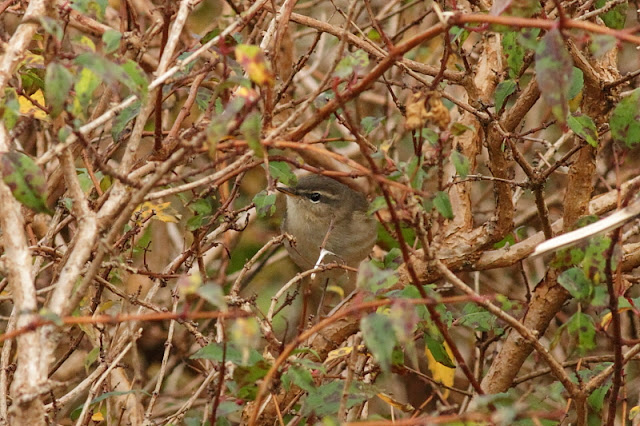 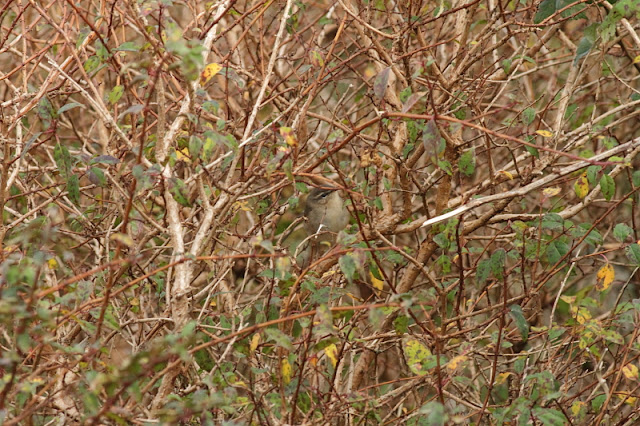 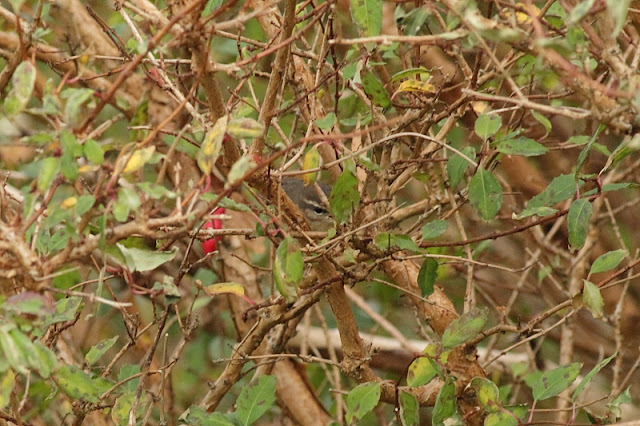 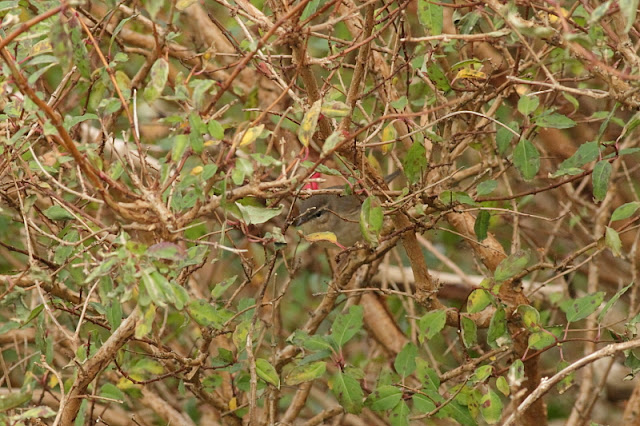 Despite Hugh's best efforts to try and convince me to hang around till Sunday I headed back to get the ferry to get the five o'clock boat off. I had just handed back my rented bike when Hugh rang to say he had a Galway tick for me at Kilmurvey - a Ring Ouzel. Got another bike back but didn't get far as the chain slipped while changing gears. It got wedged and I just couldn't get the bloody thing unstuck. Third bike of the day and I was on my way all the way back up to Kilmurvey. I was a bit worried that by the time I got back up again it may have gone to roost with the Redwing and Blackbirds it was associating with. After a 20 minute search we managed to pin it down again.
We also had the Woodchat again but like the Rouzel the light was rapidly going so the shots leave alot to be desired.
I had a completely sleepless night in the hostel and was completely exhausted today. The wind really got up as it was forecasted so I left on the early ferry. 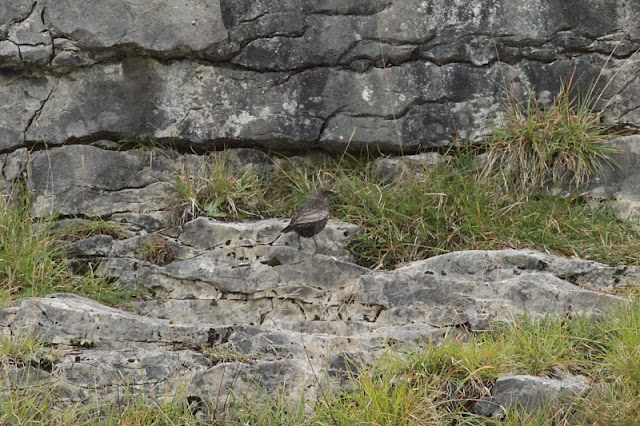 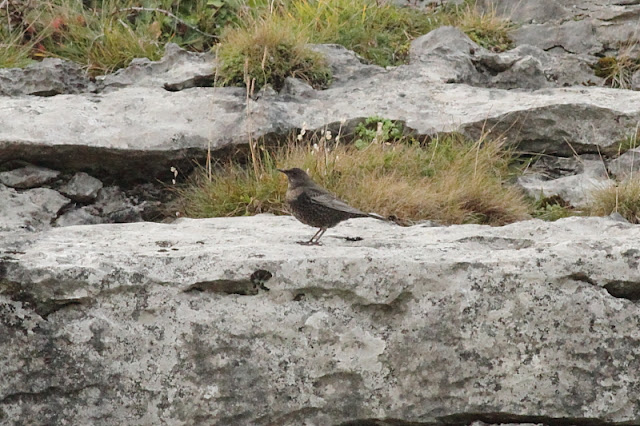 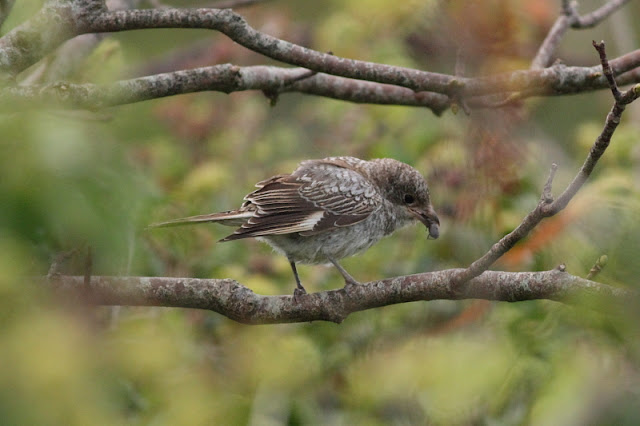 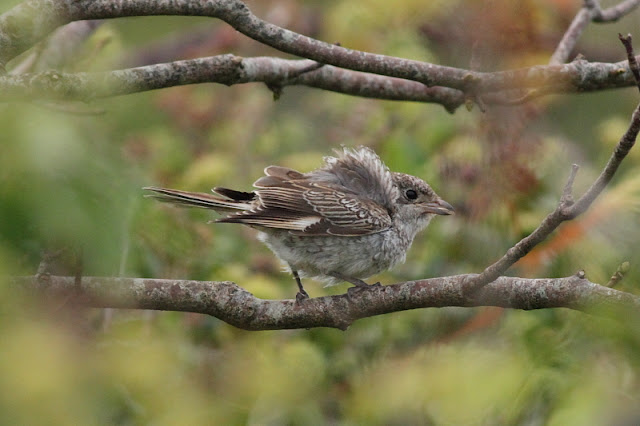 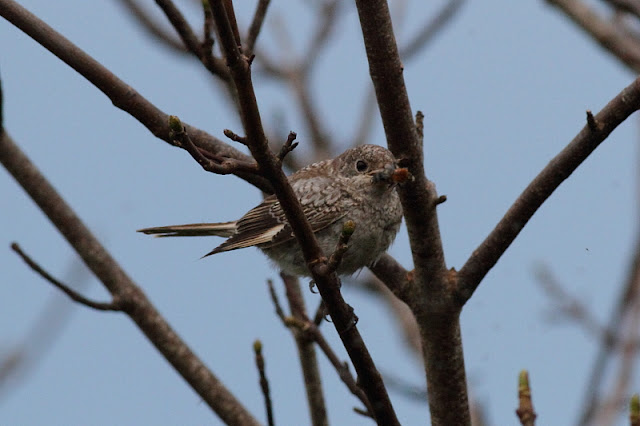 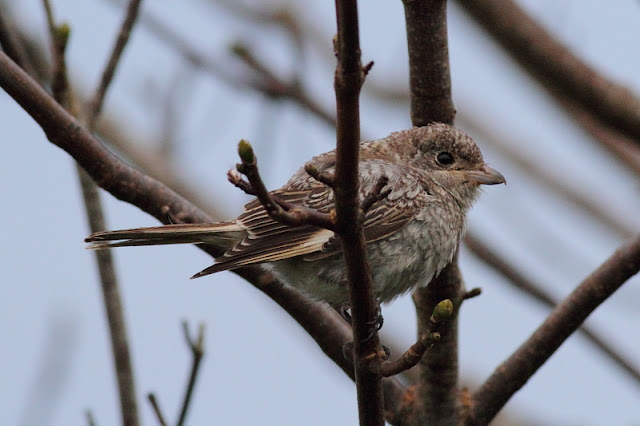