I was finishing up some I-WeBS counts down around Ballyconneely at around 1030hrs this morning. The last time I attempted to undertake a count at this site I got nicely bitten on my left wrist by a sheepdog. The wrist is only now back to normal. Anyway the first site to cover was Murlach, a small brackish lough located between Ballyconneely village and bay. It a great looking spot and has a real rarity hotspot look about the place especially for waders but it's never produced anything really in the five years that I've been in the area, a single Ruff this Autumn was probably the best I've had in there to date. So while counting from a second viewpoint on the south side I had distant views of what I initially thought was the back end of a Moorhen. Thankfully it turned around and produced an all white bill. White undertail coverts on a Coot - couldn't be anything else but American Coot!
The bird moved happily around the lough. Some of the back pools and channels were frozen over. It feed easily by upending and occasionally diving.

There's no way of knowing how long the bird has been present here as the place hasn't been checked in around three weeks. However the UK only got its seventh record just two days previously up on South Uist on the Outer Hebrides so maybe this bird isn't too long.
I had seen an American Coot found by Dave Suddaby two years ago up on Termoncarragh Lough on the Mullet penninsula. This bird showed up on 15th November 2010 and stayed until 9th April 2011. This was only the second Irish record, the first was at Ballycotton, Co. Cork back in7th February to 4th April 1981. Will my bird hang around until next April? Time will tell.

I've never even seen Eurasian Coot in the Ballyconneely/Slyne Head area and have only seen them less than three times in Connemara before. The No.1 and 3 best Irish sites for Eurasian Coots both lie within county Galway. Lough Corrib is the most important site for the species in Ireland. A peak of 20,444 birds were counted during the 2003/2004 count season though numbers have decreased dramatically mirroring the huge declines here also of diving duck. The last count I have to hand is the 2008/2009 count when only 4,840 were counted. 1,500 to 2,000 Coots are found at the third best site - Loughrea. I've often looked through these vast flocks wondering what the chances of picking up an American were and as to how noticeable the white undertail coverts would be in comparsion to their Eurasian relations. I must say the undertail coverts were eyecatching at all times today on Murlach bird. 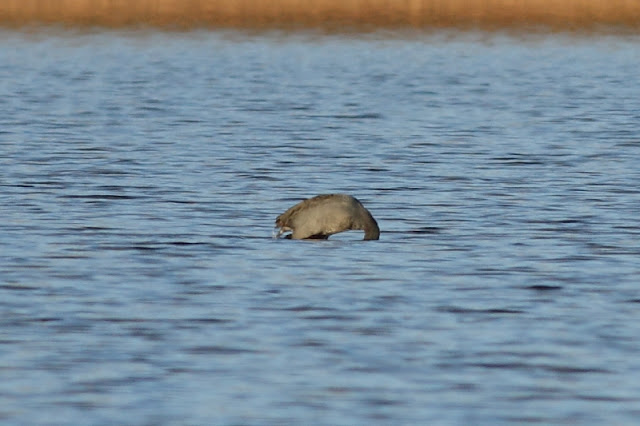 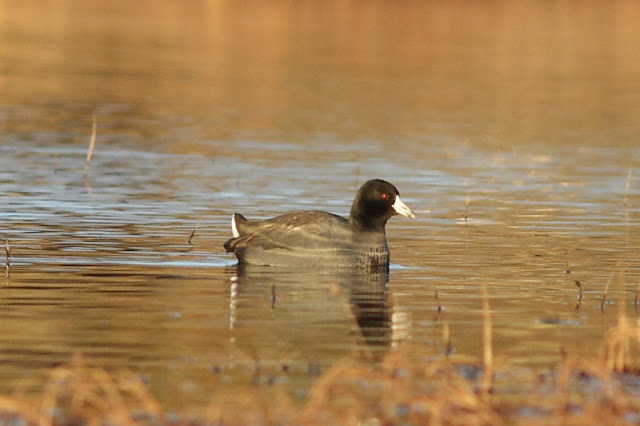 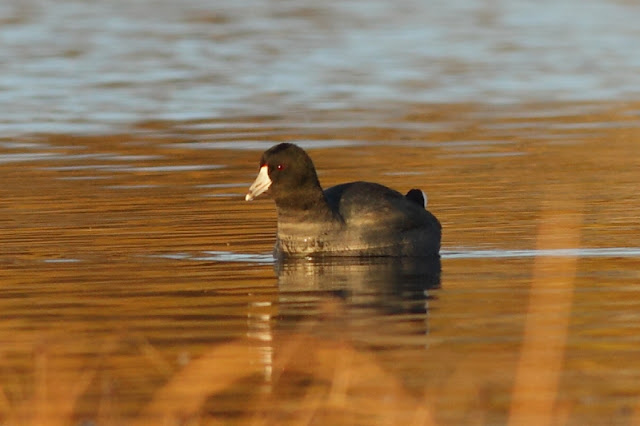 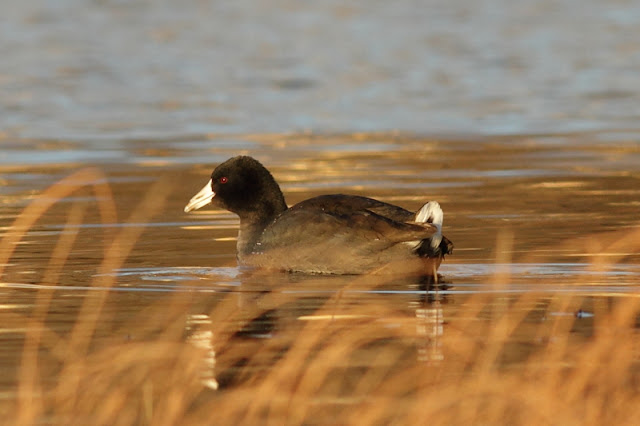 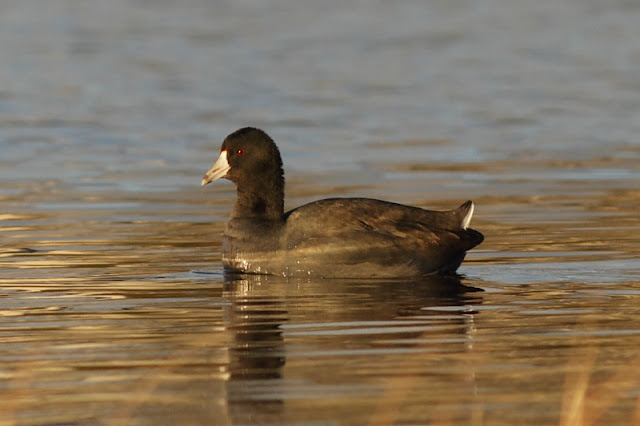 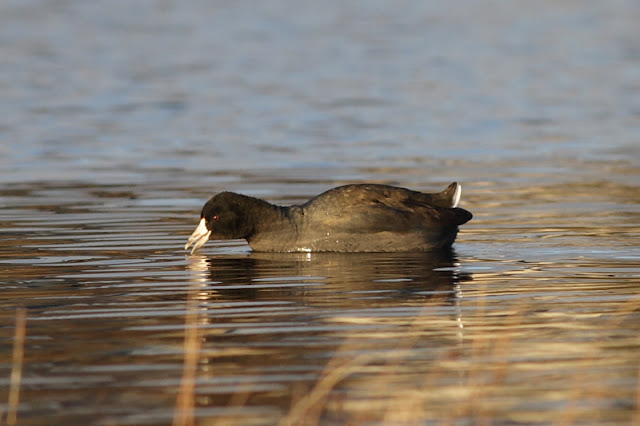 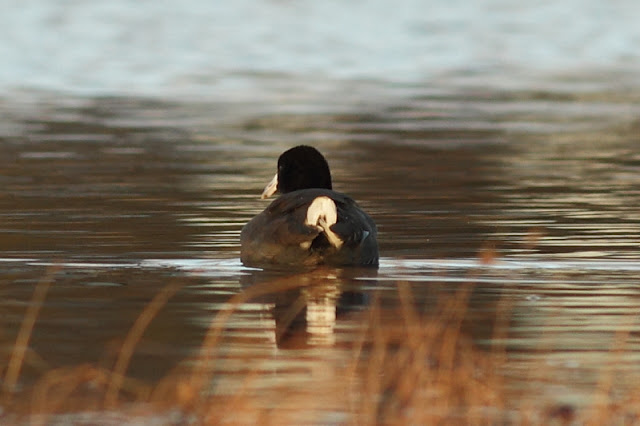 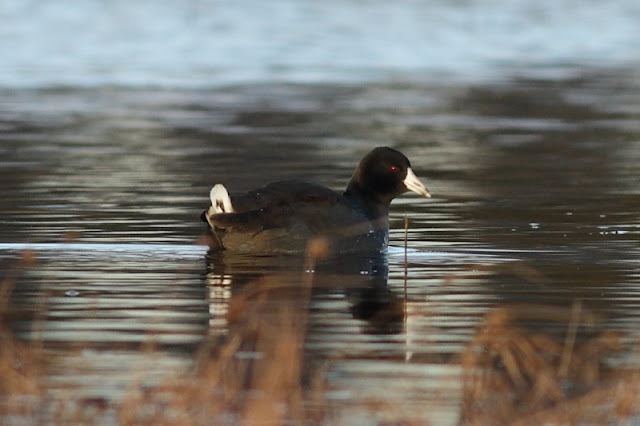 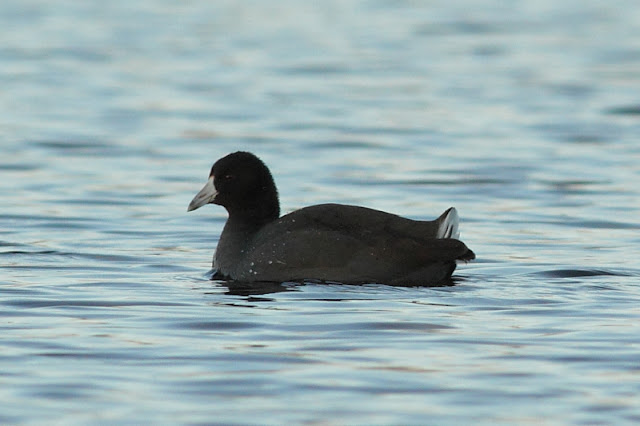