The adult pair (which includes Star the male) are still visiting their usual haunts. On a rough estimate, Star who's satellite transmitter is still working uses a area of around 270 square kilometres/67,000 acres/27,000 hectares. Given the size of this area one can imagine how difficult they can be to see on any given day! They have been with us now since March 2012. Both Star and the female were released in Killarney National Park in 2009 and have a green tag on the left wing (every bird from every year has a white tag on the right wing). The female has the symbol of a semi-circle on her tag. We are hoping that they might have a serious attempt at breeding this Spring as they are probably old enough now at this stage.

Some of you may be aware that a second pair has also set up residency in another part of Connemara. The male is D Bar and the female is Inverted Triangle. The male (black tag) was released with the last batch of White-tailed Eagles in Killarney in 2011.The female (blue tag) was released in 2010. I haven't managed to get any shots of the female yet but there's a pic of the pair today on the Golden Eagle Trust Facebook site here, thanks to Cameron Clothworthy  https://www.facebook.com/photo.php?fbid=646674108723839&set=a.145791098812145.28838.144404808950774&type=1&theatre
All of the eagles, except the handful of birds who got satellite transmitters (like Star) were fitted with radio transmitters. The batteries only last 3 - 4 years. As a result this younger pair are a lot easier to track on the ground. The male in particular seems to travel further and feeds over an even bigger area than Star, approximately 330 square kilometres! They are still young birds and we're not expecting anything on the breeding front this year. Hopefully they won't get up and move to another part of the country at this stage as they seem happy enough with the area they're in. 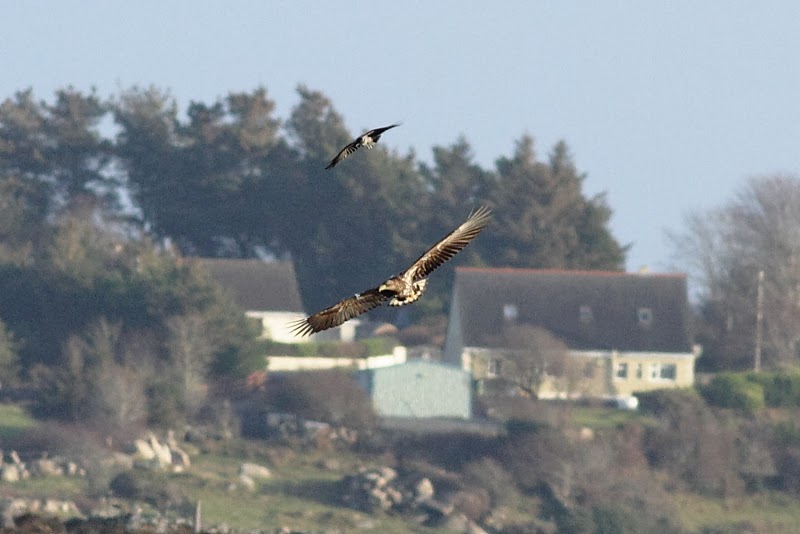 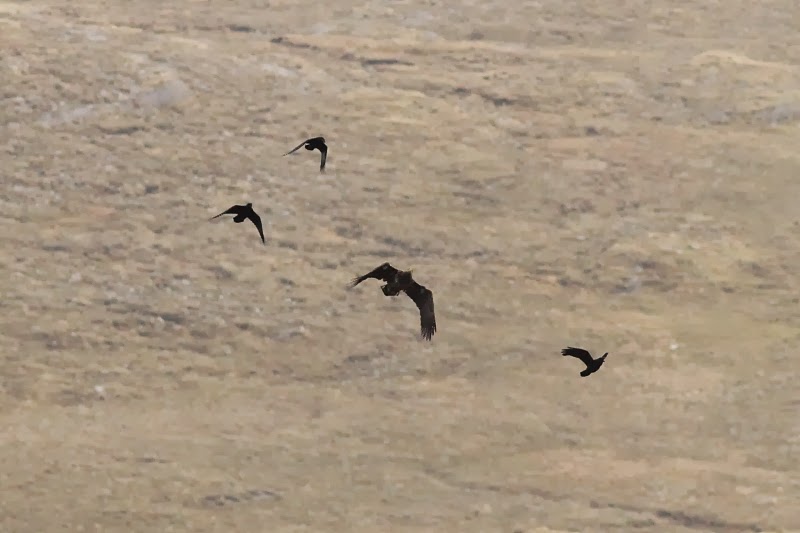 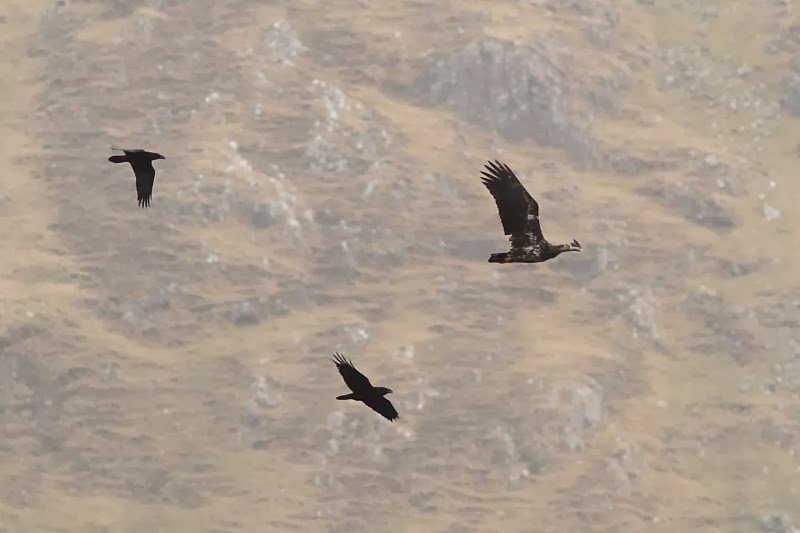 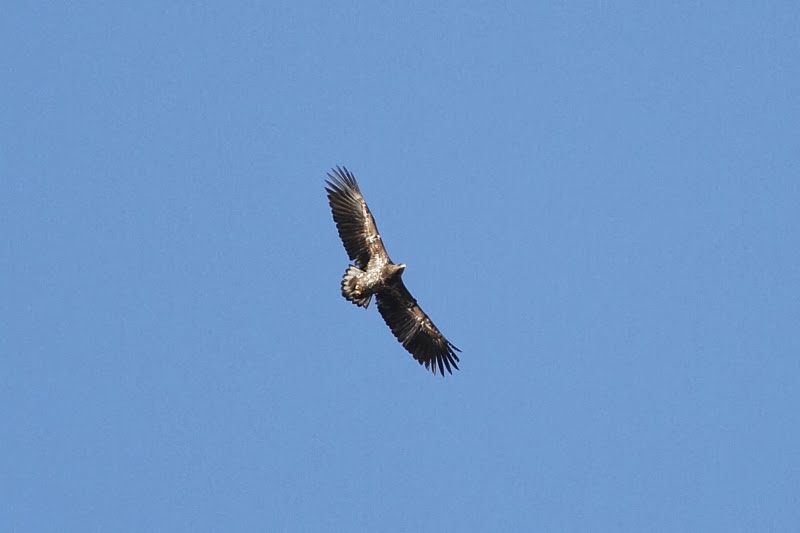 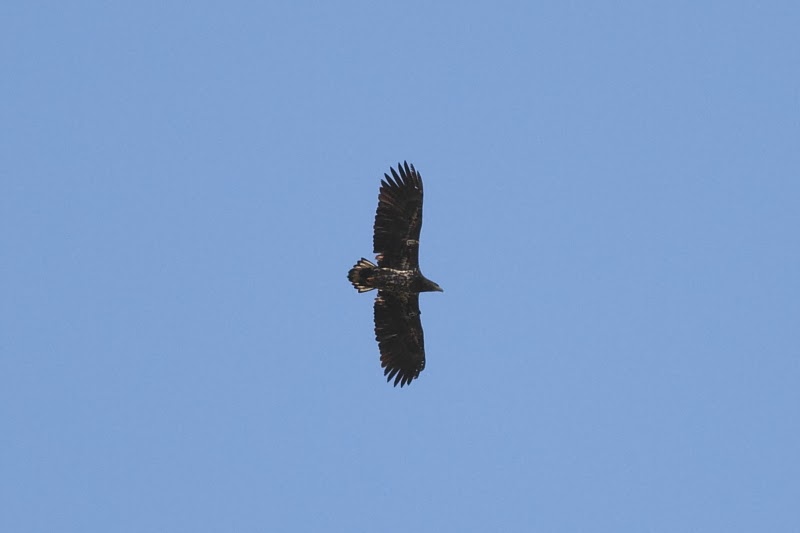 Well out checking on the young pair I happened to run through other birds frequencies on the radio receiver by chance and found a new bird called F Bar. I've only seen him on one occasion even though I've gotten radio signals from him several times now. He spent several months during the summer up in the Cavan/Longford area along with another young male eagle.  He's in a particularly remote area which makes seeing him a little difficult. He is using a small area within D Bar and Inverted Triangles "territory". As the pair are still relatively young they are probably more tolerant of another single young bird. I wouldn't think the same could be said of the adult pair.