I came across the old sheep carcass between Clifden and Letterfrack during the week, really just the two hind legs along with the pelvis. Anyway there were a few Ravens in attendance. At 1450hrs on the 13th March one of the Ravens that Irene O'Brian and I had coloured ringed (2012 at Cleggan Head?) amazingly showed up at the carcass - C6. Irene has been colouring Ravens in Mayo and Galway now for 2 or 3 years now. We're hoping to get back ringing Ravens again in the next month or so. Most Ravens have had complete clutches now for the last week or two. C6 fed on the remains for about 30 minutes.

I've also got some lovely video footage of the Ravens from the camera including a pair "clicking" to one another in display. You can easily tell the male from the female on account of the larger size and deeper voice of the former. I've uploaded a few videos here also of the colour ringed bird (fourth one down), other Ravens and a Hooded Crow. I also had a Fox come in one night but something spooked him (maybe my scent?) and he didn't hang about. 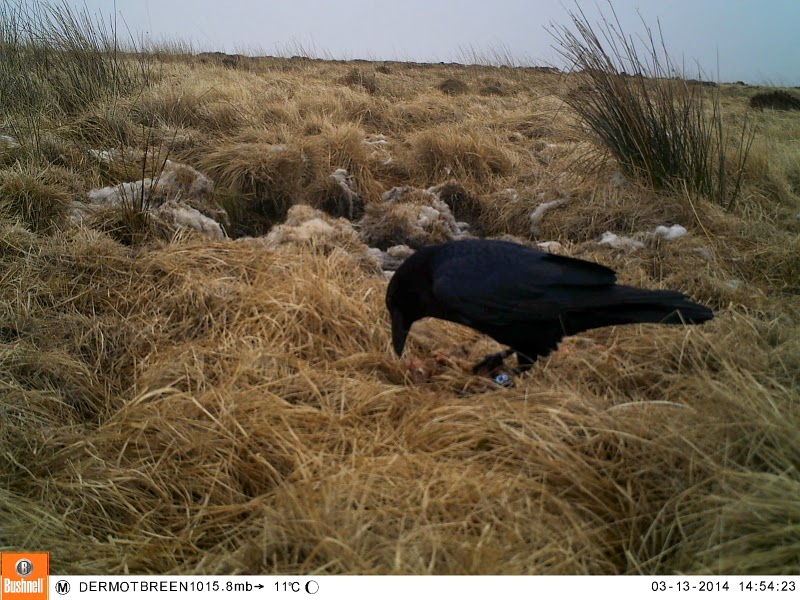 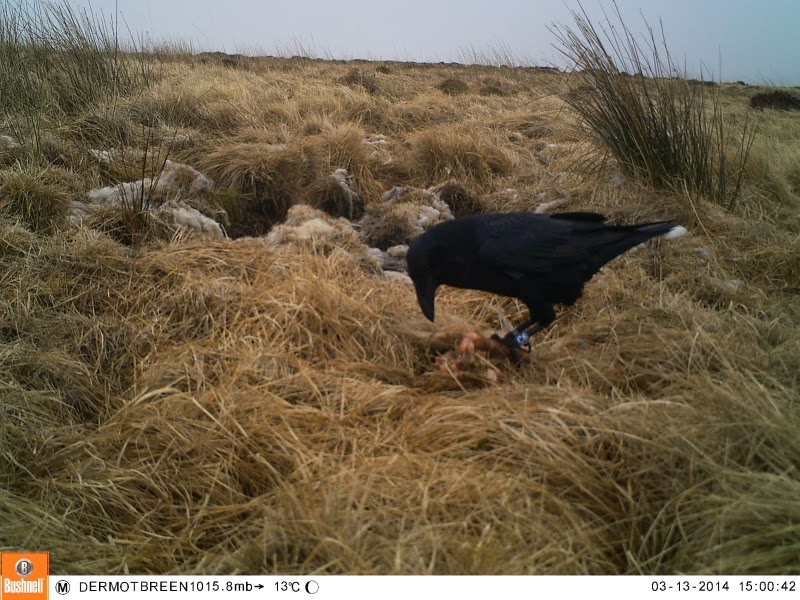 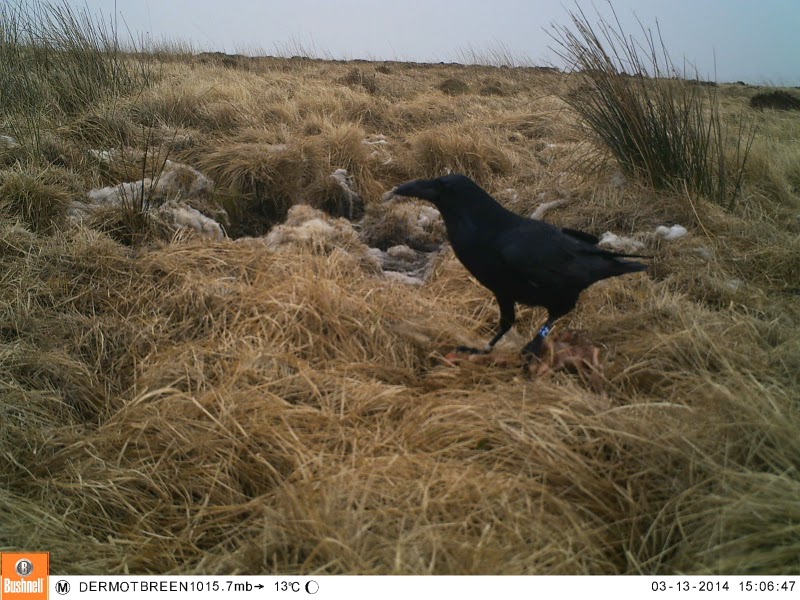 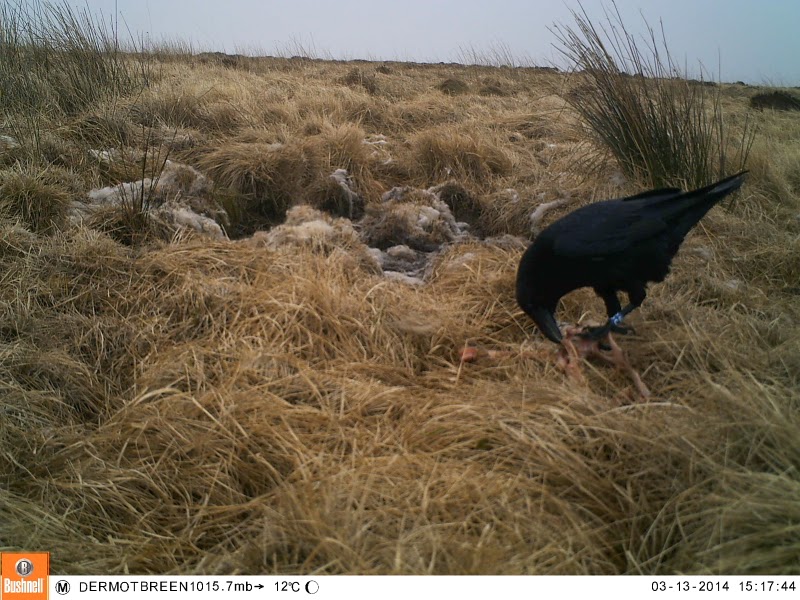 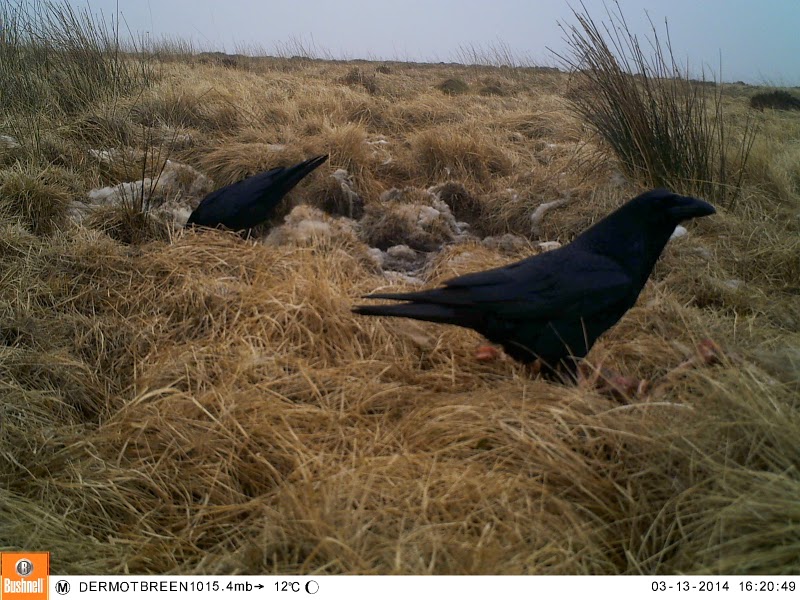 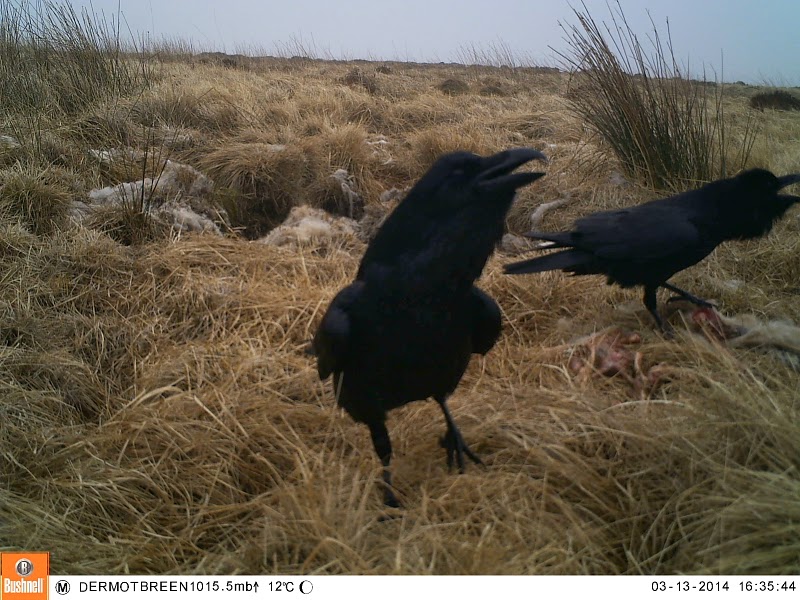 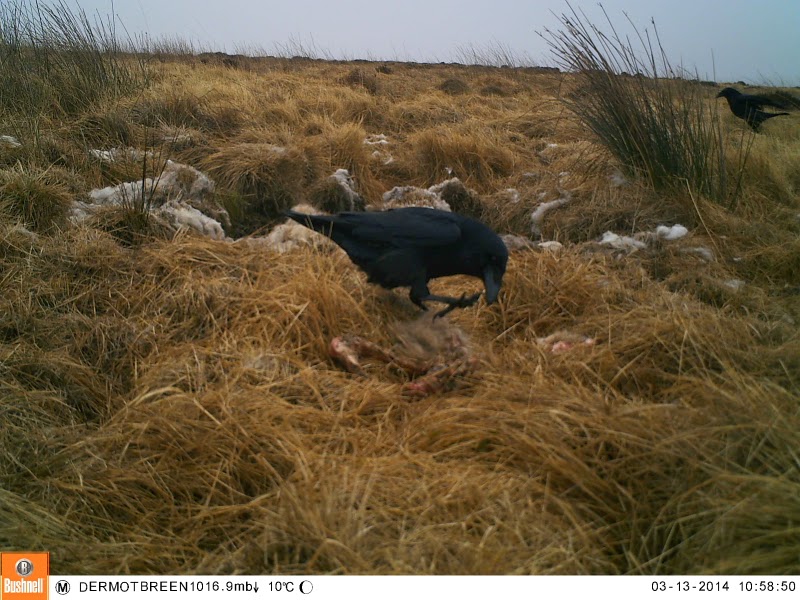 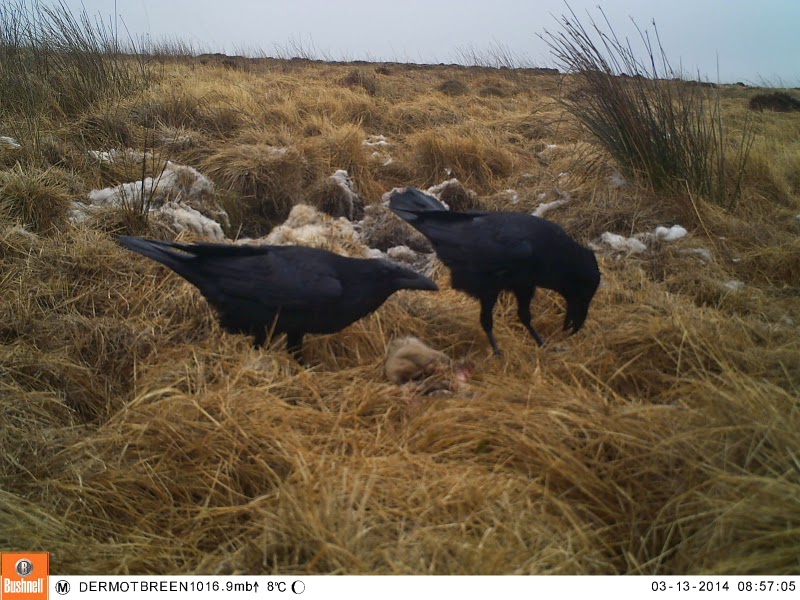 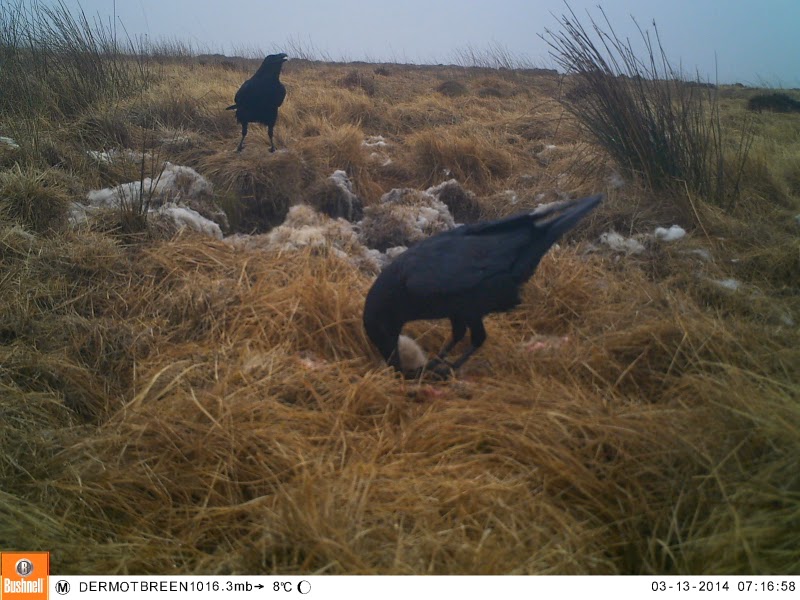 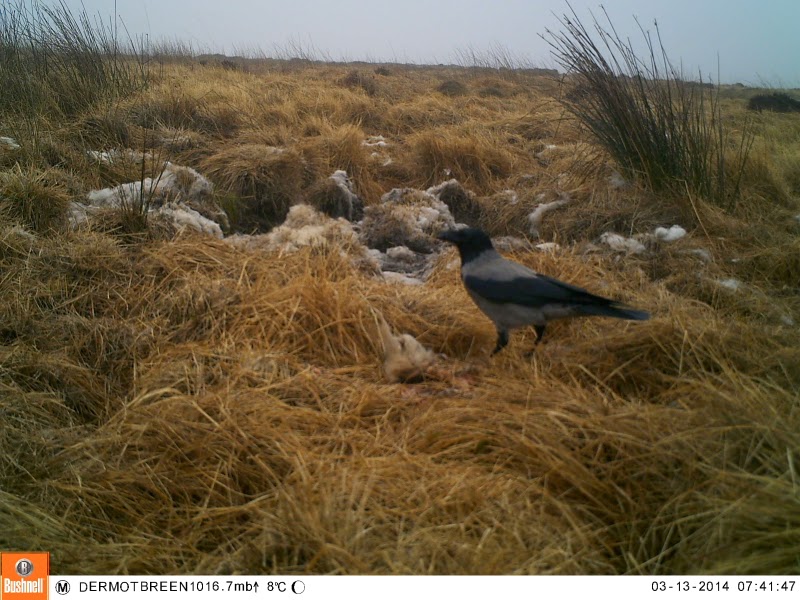