I've been monitoring Raven nests here in Galway mostly Connemara for at least three years. There usually isn't a whole lot happening in the Twelve Bens and Maumturk Mountains over the winter/early Spring period. I remember doing a two hour Time Tetrad Visit for the Bird Atlas up in the Twelve Bens not that long ago and the only bird I saw in the entire two hours was a single Raven! I don't think most people realize what a poor state the uplands of Connemara (and of the West of Ireland in general) are in due to gross overgrazing in recent decades thanks to ill-though out European headage payments for sheep. The damage done by this policy will take many years to be reversed. Iconic upland species such as Golden Eagles, Peregrines, Red Grouse, Golden Plover, Curlew and Ring Ouzel have all been lost here. It will probably take decades for some of these to return, that is if they ever do.

Anyway I digress, Ravens are one of the few large bird species that have managed to hang in there in the uplands. There's a high density of breeding Ravens within the Twelve Bens and the Maumturks due to two main factors. The first is the large number of sheep on the hills which results in a good source of carrion. Secondly there's a good source of suitable nesting sites i.e. cliffs/crags. The huge majority of Raven nests are located on these. No doubt some of these Raven nests were probably historically Peregrine and even Golden Eagle eyries back in the day. Of the 60 nests that I'm monitoring this year, fifty are found on cliffs/crags/quarries, six are on old buildings and only four are in trees. Raven pairs will move nests most years from distances of just metres and up to 1.29km away. Generally territorial pairs are spaced three kilometres from each other although this can vary as I had two exceptional active nests one season that were only 800 metres apart, this hasn't been repeated since however. Some have commented that there is an "unnaturally high concentrations" of Ravens in some areas but then in turn cannot justify statements like these with hard facts as to what a "natural" concentration of Raven normally would be. Most "dewy-eyed conservationists" fully accept that Ravens are indeed adept predators but describing that as "menaces" and "rogues" is reminiscence of the Victorian thinking of predators. The notion of the lion and the lamb lying together is about as unnatural a mind-set as one can get and it's time these same people acknowledged this. I accept that predator control can be necessary in some limited situations if there is an essential reason for it and if is it carried out in the correct lawful way and at the right time of year.
One of the nests that I checked this year had three eggs in it but on a subsequent visit the nest was found to be empty. The same nest cannot be access without ropes from above so human interference was most unlikely (Ravens are given full protection under the Wildlife Act by the way). While checking another nest this year I found two of our colour rings directly below the nest in which we had ringed a clutch last year. These chicks must have fallen out of the nest and were then probably taken by a mammalian predator. The nest was located on a tiny ledge with just enough room for the nest so there would have been little room for near-grown chicks to explore and exercise before capable of full flight. So Ravens are far from immune from predation themselves.

As part of the monitoring I try to record clutch sizes of the few accessible nests. As a rule most Raven nests are located directly beneath a rocky overhang for shelter and are usually hidden from above. I use a telescopic pole with a camera clamped onto its end to inspect the nest. An example of the video is shown below. This is all done under license from NPWS under Section 22 (9)(f) of the Wildlife Act, 1976 (as amended).  I've managed to record clutches of two three egg, two four egg, three five egg, four six egg and a single seven egg clutch this season.
Most Raven eggs have now hatched and we should hopefully be ringing a few of these nests within the next fortnight or so. 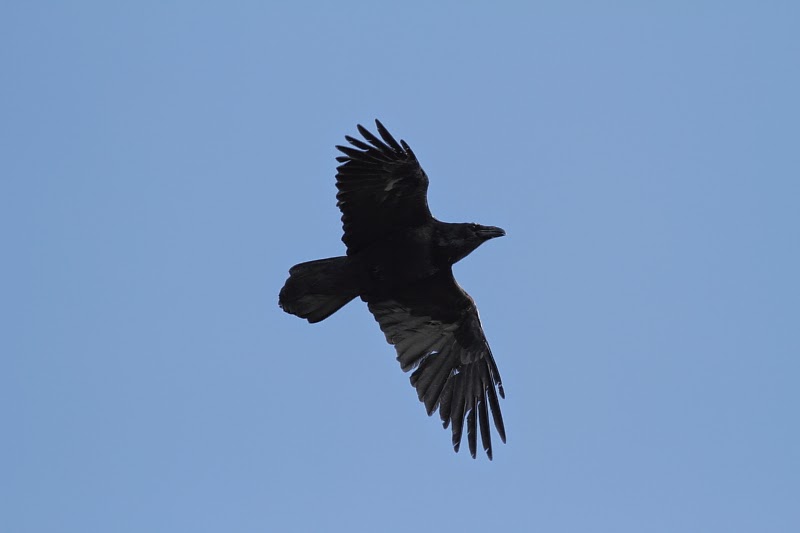 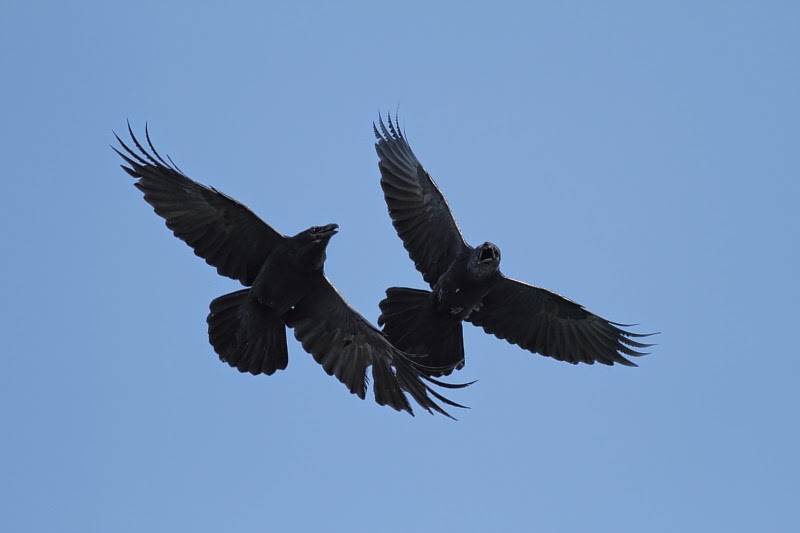