The Connemara Bog Complex Special Protection Area was designated in recent years primarily for European Golden Plover and Merlin which are listed in Annex 1 of the EU Birds Directive. Breeding Common Gull and Cormorant are also listed as "features of interest". To monitor the priority species such as Golden Plover we have undertaken a survey to estimate the population found in the 19,209.7 hectare sized SPA. The SPA consist of three separate areas. The plan is survey each area over one summer. We are just about finishing up on the second area at the moment. This area was surveyed in 2004 as part of the Upland Bird Survey during which 27 pairs of Golden Plover were recorded. I think we will be significantly improve on this figure when we have the survey completed next summer. As part of the survey, 12 separate random one kilometre squares are picked for each of the three areas. In each of these one km squares there are five parallel transect lines. All of these squares also require two visits - an early and a late visit. When we are finished next summer the total length of transects that we will have walked will be 360km in length!
We have found that breeding plover tend to be very quiet during the early visits usually when they are on eggs but on the later visits when the chicks have hatched, the parents are much more obvious, standing up on hummocks and constantly alarm calling. 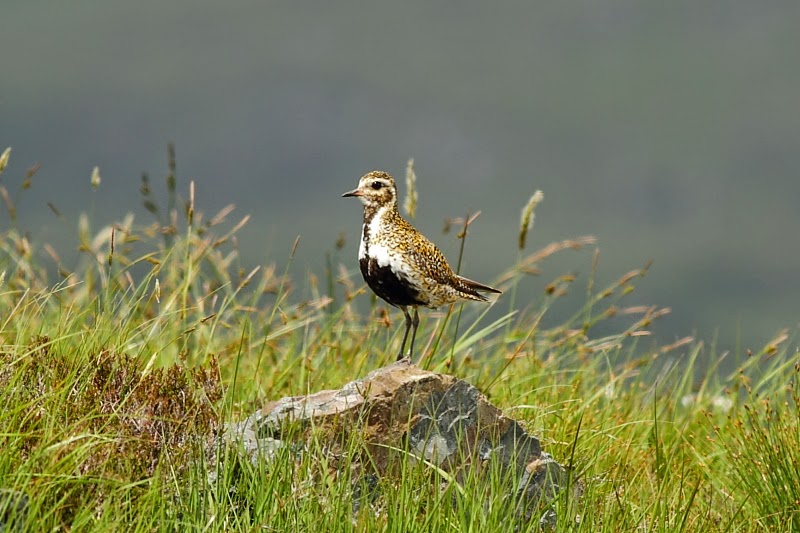