We were counting Grey Seal pups out on Inishark and the surrounding smaller islands yesterday. We will be returning five more times over the next few weeks to get a more accurate idea of the number of pups raised out there during the pupping season. It will be interesting to visit this island during this time as we just might get an interesting migrant or two out there. That's all assuming we get suitable weather as it's not the easiest place to land on.  The weather over the last few days has been unseasonably good. The only obvious migrant on Inishark was a single Robin. They don't breed here but do on the adjacent Inishbofin. I've seen Chiffchaffs feeding in the nettle beds and stone walls here before. There are no trees or even bushes on the entire island so if anything shows up it should be relatively easy to find although a lot or migrants probably wouldn't hang around for too long due to the absence of cover and would probably head off to the mainland or maybe even Inishbofin.
We also visited Inishgort, Inishskinnymore, Inishskinnybeg and Glassillan. Landing on some of these small islands was a little challenging which involved jumping onto seaweed covered boulders from the RHIB and clambering up large barnacle encrusted rocks.

One our way out we encountered a large pod of Bottle-nosed Dolphins, at least 30+ animals. Some even came right up to the boat. They were all travelling at high speed and proved very difficult to get any shots of, they were just so quick. I got shots of about six individual dorsal fins which should make it possible to identify them individually. The Irish Whale and Dolphin Group have a catalogue of individuals photographed in Irish waters. Most can be identified by unique nicks, markings and scars on the dorsal fins. These are received by other Bottle-nosed Dolphins. It's a rough life in a dolphin pod! You can see a very fresh injury on the animal in the very last photo posted here. 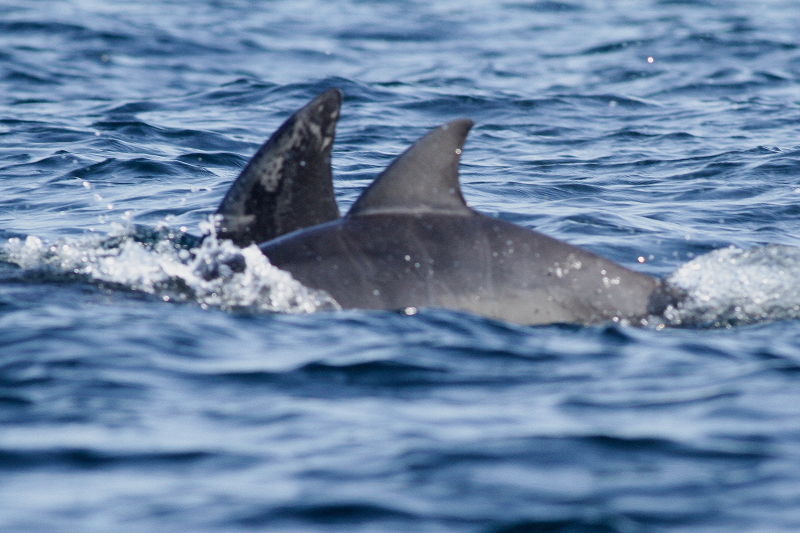 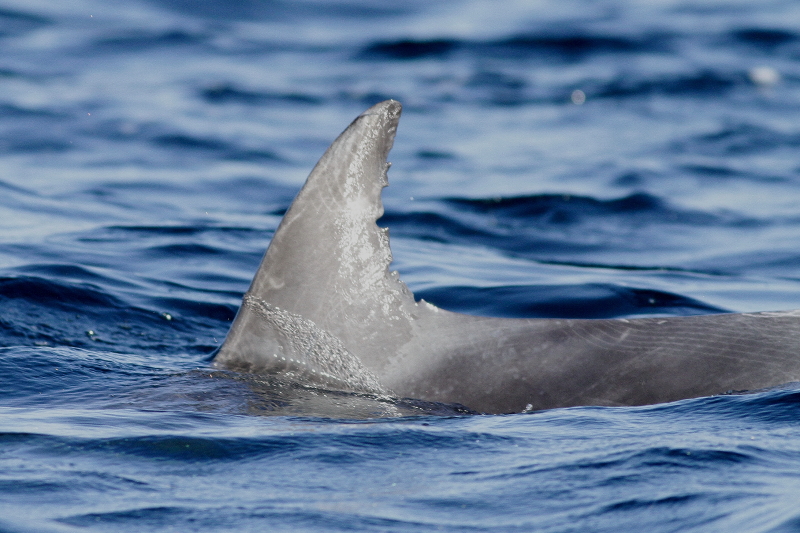 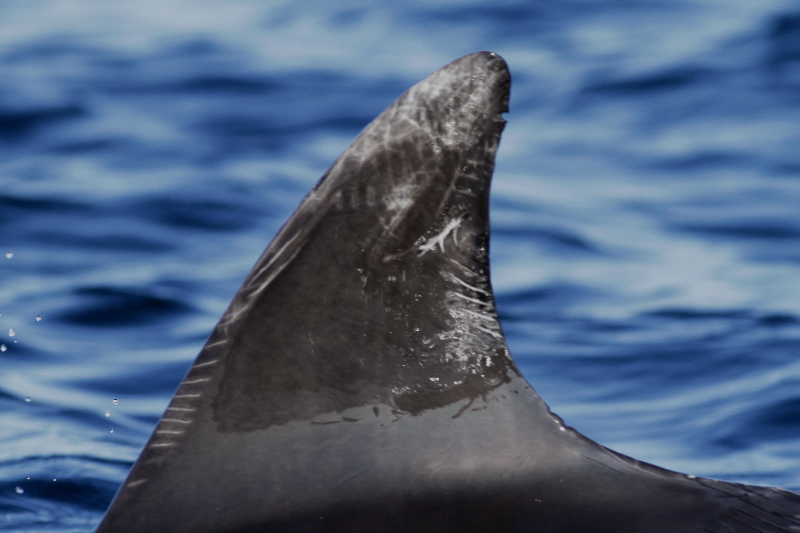 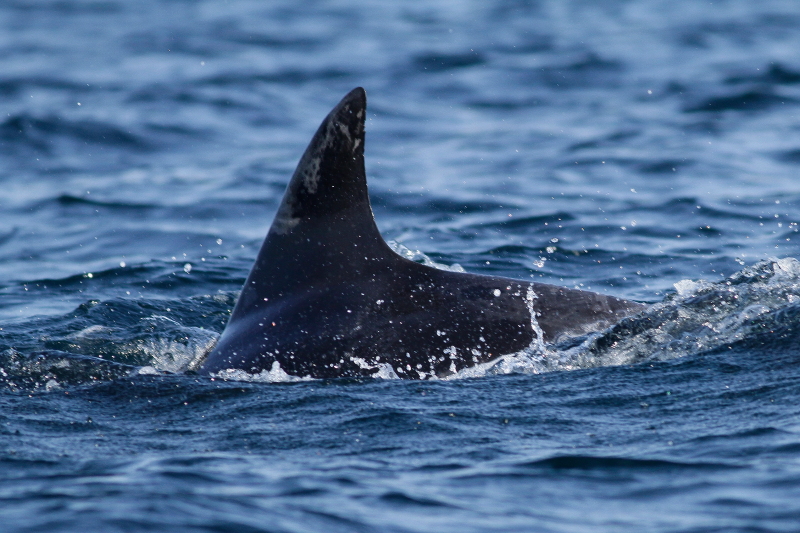 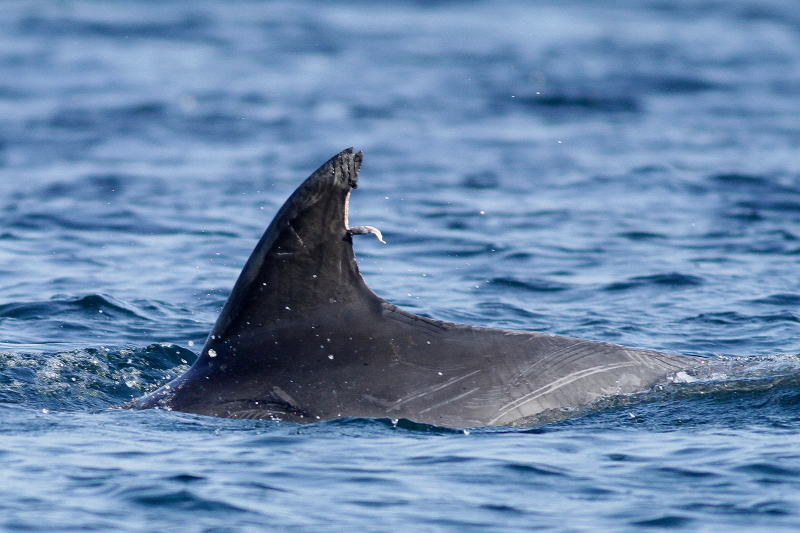