I was down by Ballyconneely on Friday by the gold course when a local tipped me off about a dead stranded Harbour Porpoise on Creggoduff Beach. This was the first Harbour Porpoise I've seen stranded here in Connemara after eight years and quite a few stranded cetaceans encountered during that time. I've only seen a handful in Galway Bay and off Inishmore and Inishbofin ever before. Considering they're one of the commonest cetaceans species in Irish Inshore waters I've always been intrigued by how scarce they are here in my experience. Could the resident Bottlenose Dolphins be responsible for this, who knows?

After measuring and photographing the Harbour Porpoise I noticed there were the usual Black Guillemots feeding very close in (55, have had up to 100 here before) along with about 250 Common Gulls feeding in the surf. I quickly picked out a first-winter Glaucous Gull resting on the beach with a few Common Gulls and a gorgeous male Long-tailed Duck amongst the Black Guillemots. While looking through the feeding Common Gulls in the hope of a Little Gull or something even better, I picked up a gull with dark upperparts joining the flock. It was quickly apparent that I was looking at an adult winter Laughing Gull! It made a half-hearted attempt to feed with the gulls but never landed on the water and quickly made it's way up along the beach towards me briefly joining a few other feeding flocks in the surf. I naturally assumed it would remain with these flocks or maybe join some of the gulls on the beach who were washing in the outflowing freshwater stream, but no it continued on its leisurely way to the west out towards Slyne Head. Of course the Canon camera was sitting back in the van and try as I might in the short time to get some video on the phone through the scope it was to no avail. I never saw the bird again and I even headed down there again yesterday but it was the same story. While checking the beach for the last and third time in the afternoon I was quite surprised to pick up a calling Lapland Bunting. While they are nearly annual in the Slyne Head/Ballyconneely area during September and October, this appears to be the first winter record for the county. They seem to rather unheard of during the winter along the west coast although there are usually a few reported from the east coast and Wexford at this time.
I also had the wintering Black Redstart down at Aill Mhór below Murlach. 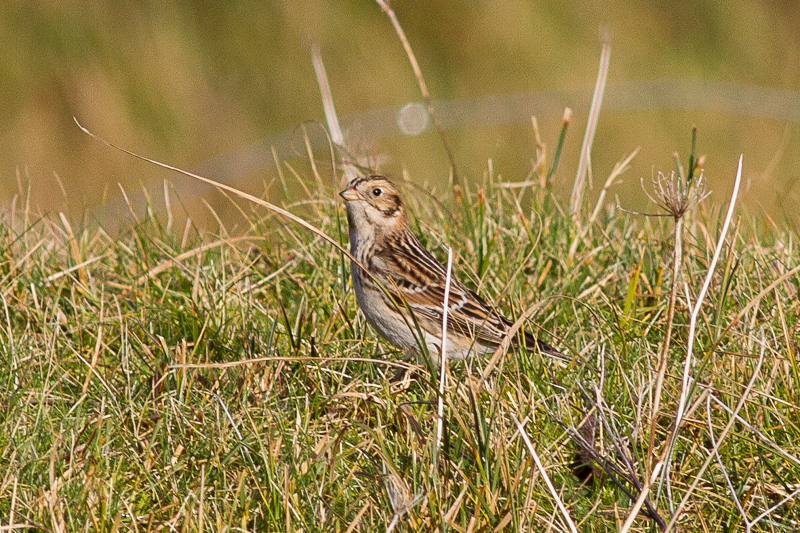 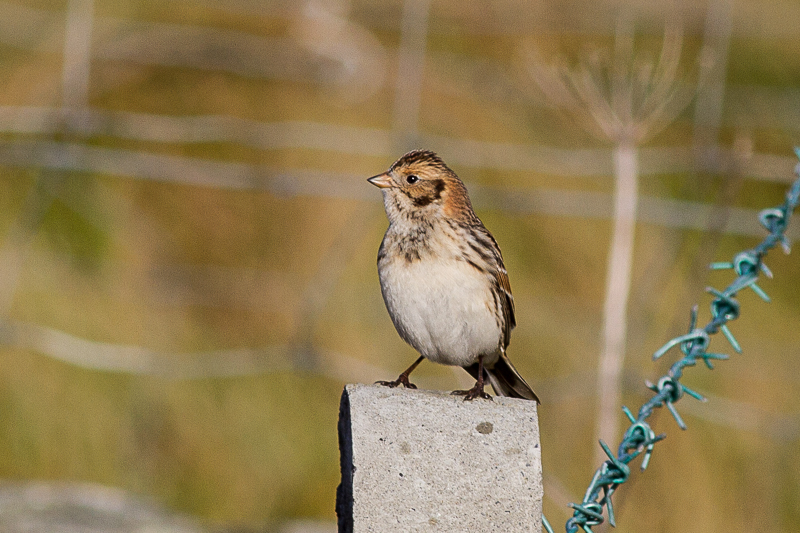 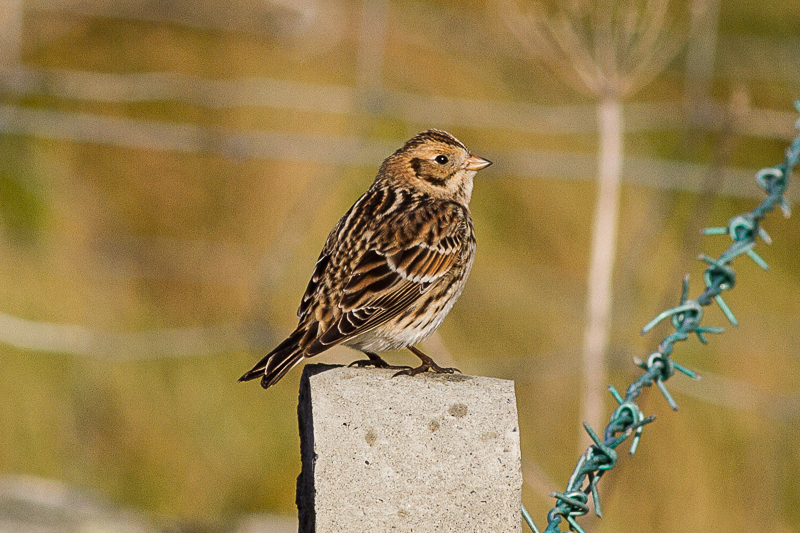 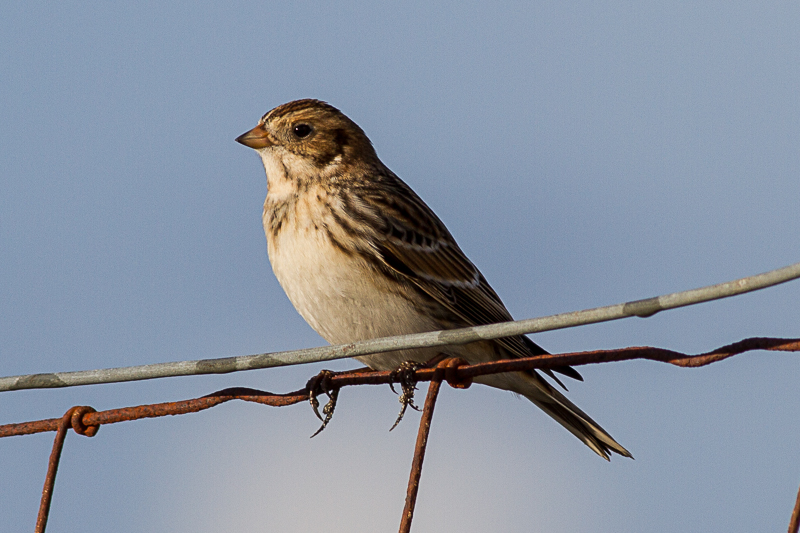 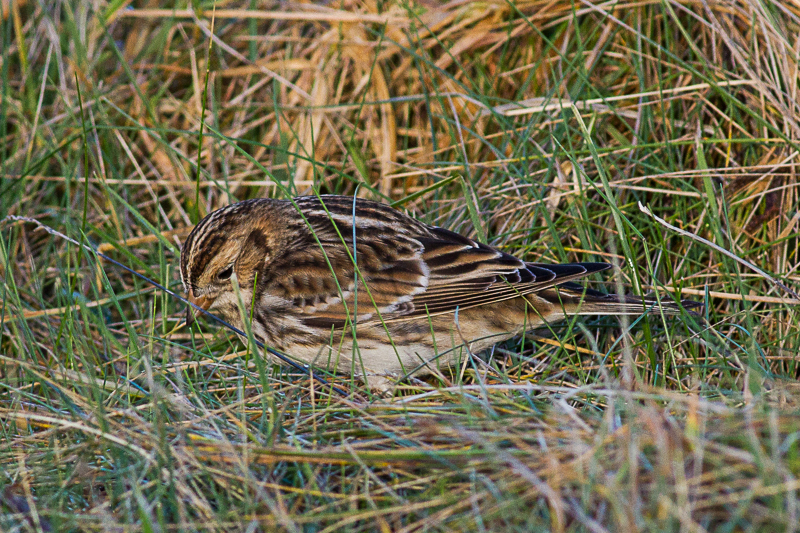 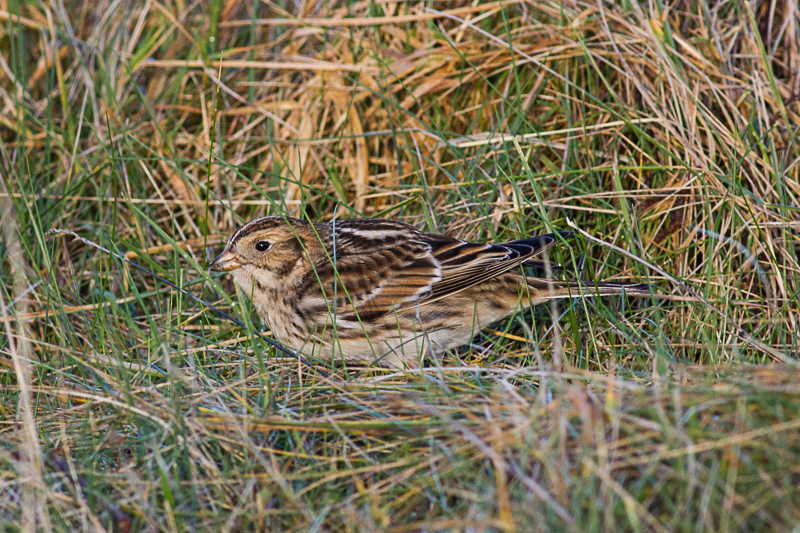 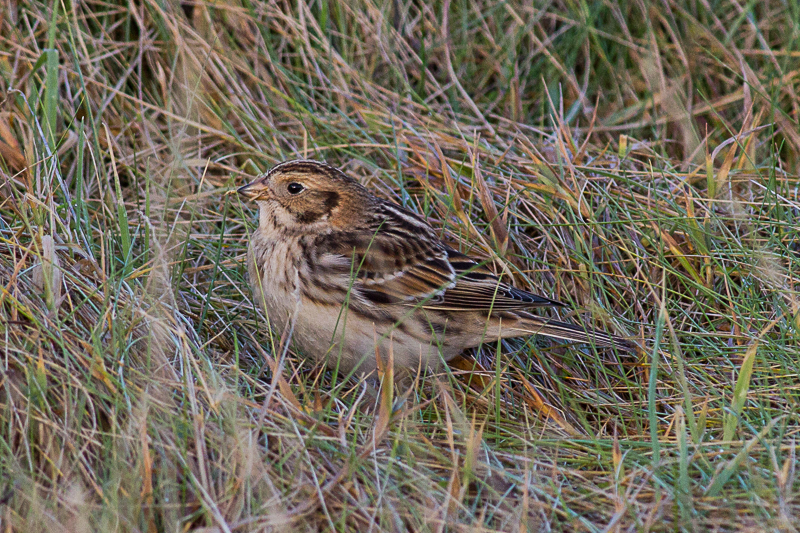 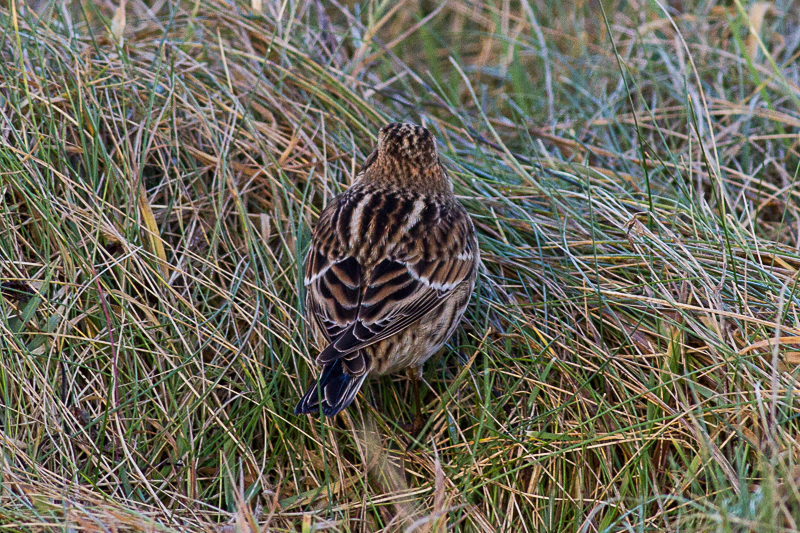 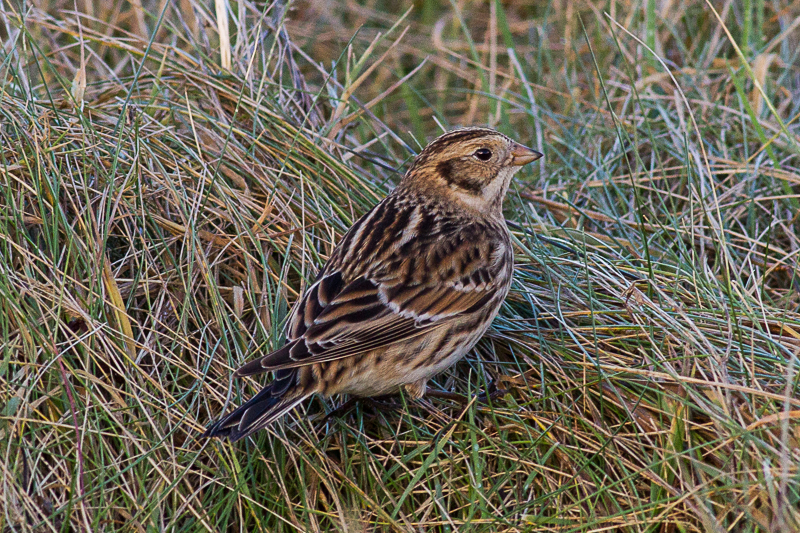 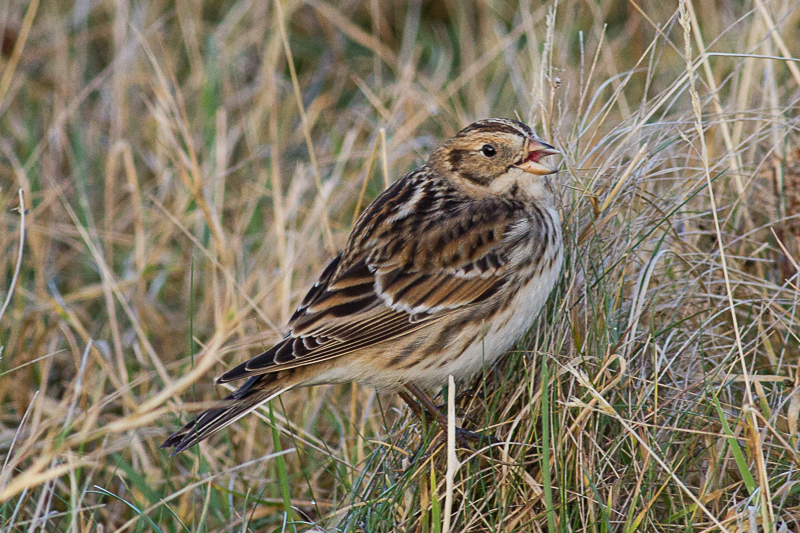 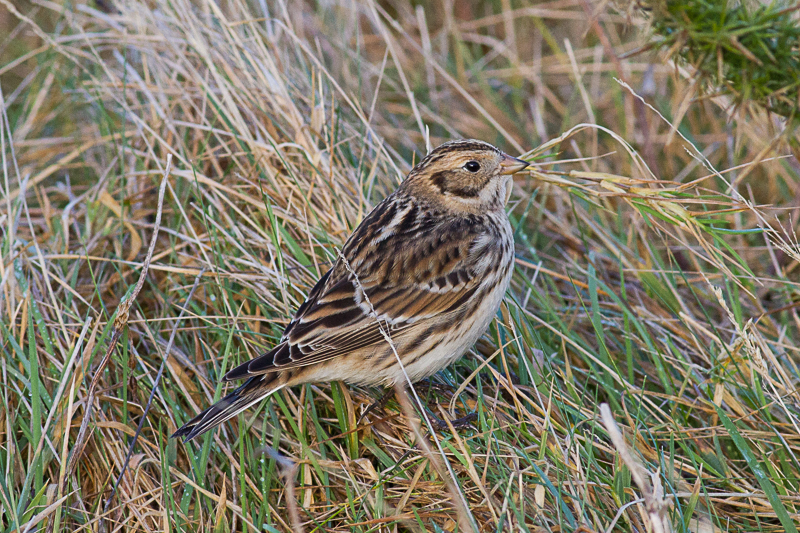