I got a call from Martin O'Malley on Thursday morning to say that he had an unusual bird near his house. He began to describe a bird with a long curved bill, black-brown in colour and fairly big in size. Glossy Ibis immediately popped into my head. I was only the other side of Clifden town so I took the short trip out to the end of the Sky Road to have a look. When I met Martin on site he was fairly happy it was indeed an ibis. The bird was feeding on small flashes of water around a holiday home. It later flew close to the road and seemed very relaxed even though we were as close to 20 metres to it at some stages. I've seen the species in around half a dozen countries but these were probably my best ever views of the species. The sun came out for a period which produced some decent shots. The bird seemed to be doing well with earthworms regularly being caught.
A Glossy Ibis was also reported out on Inishmore over the Christmas period. Several others were reported away from the usual southern counties which usually get the majority of records especially during the winter. Several ringed birds have now turned up in Ireland in recent winters and most have been from the Cota Donana in Spain. They must be one of the few southern species that turn up here during the winter. After the Inishmore record this will be the seventh county record. 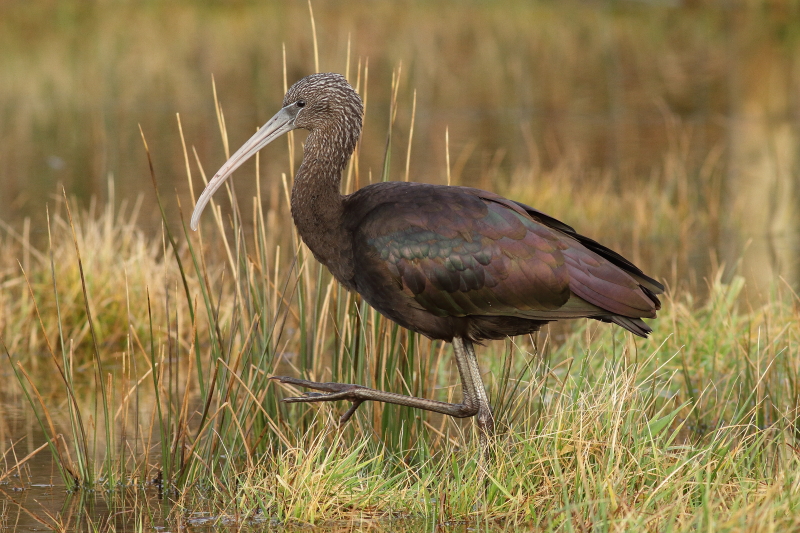 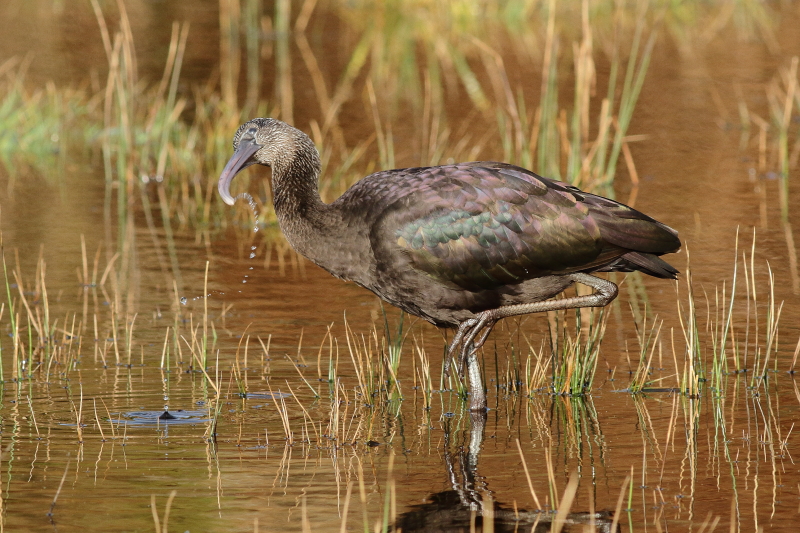 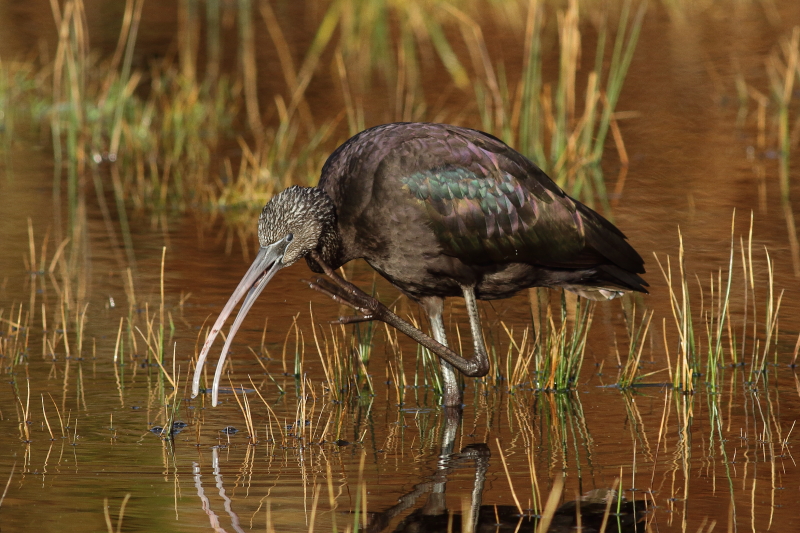 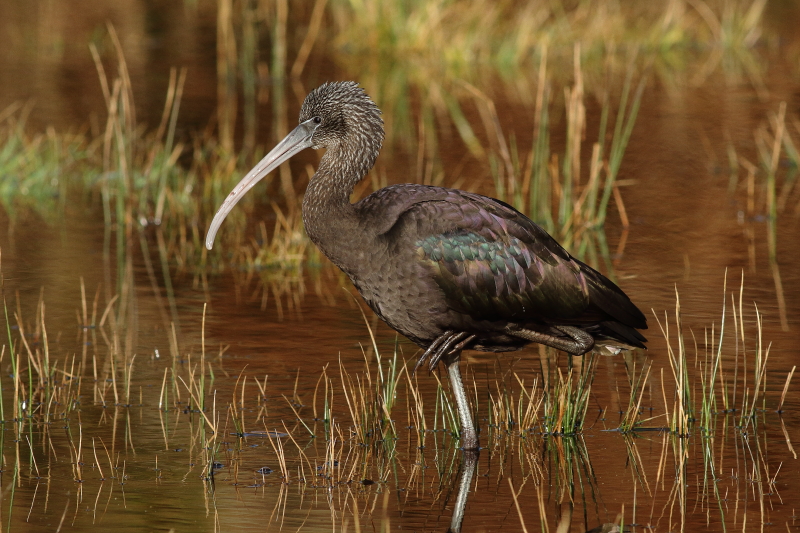 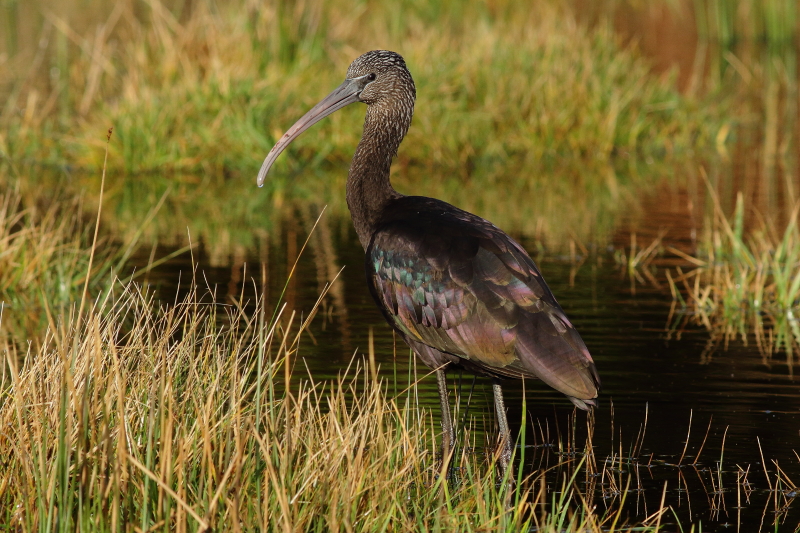 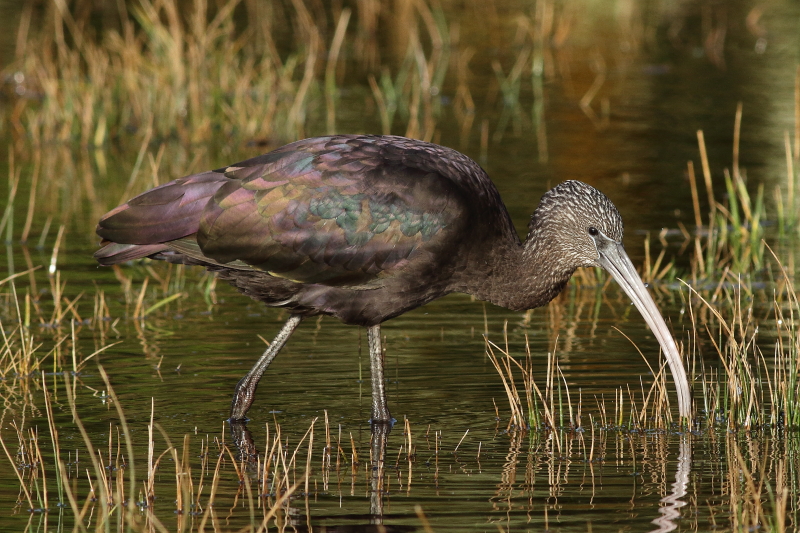 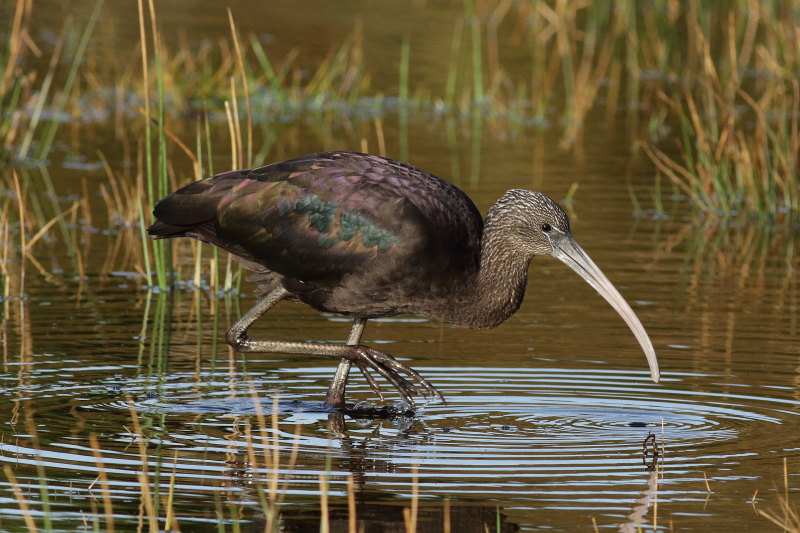 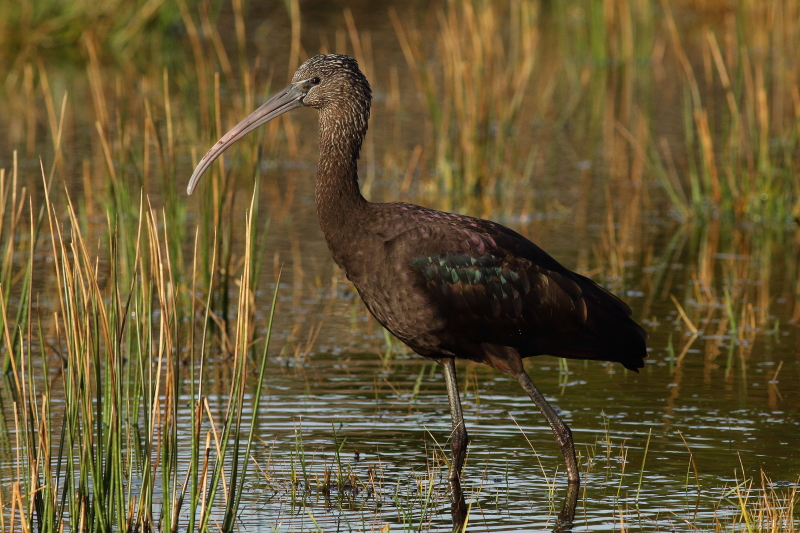 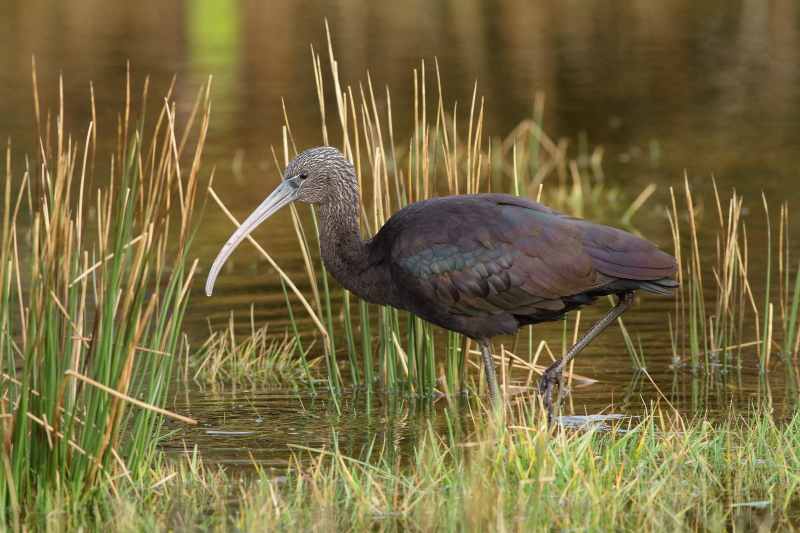 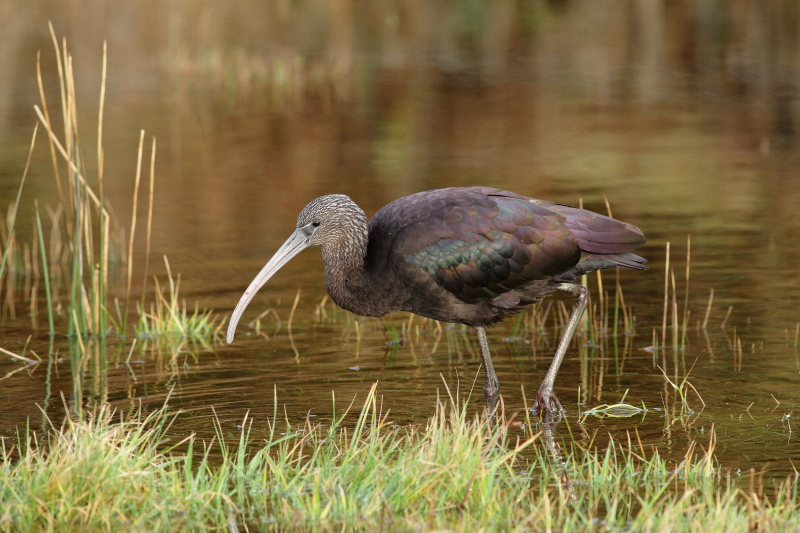 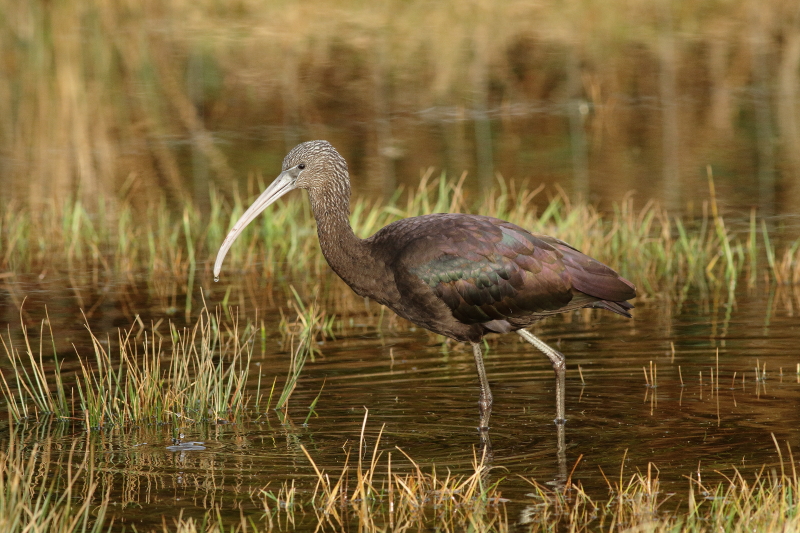 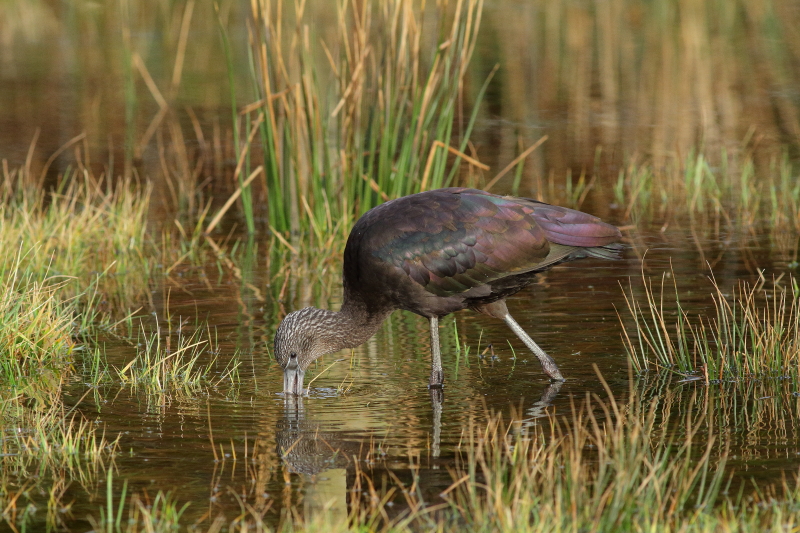 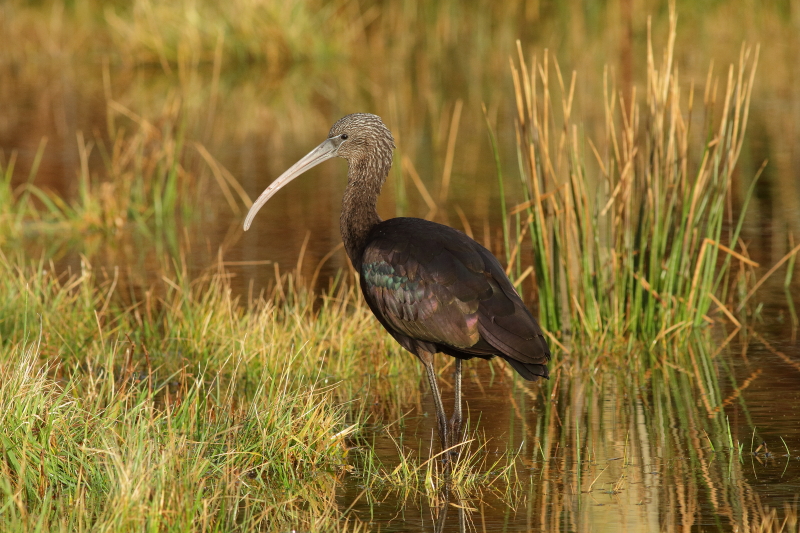 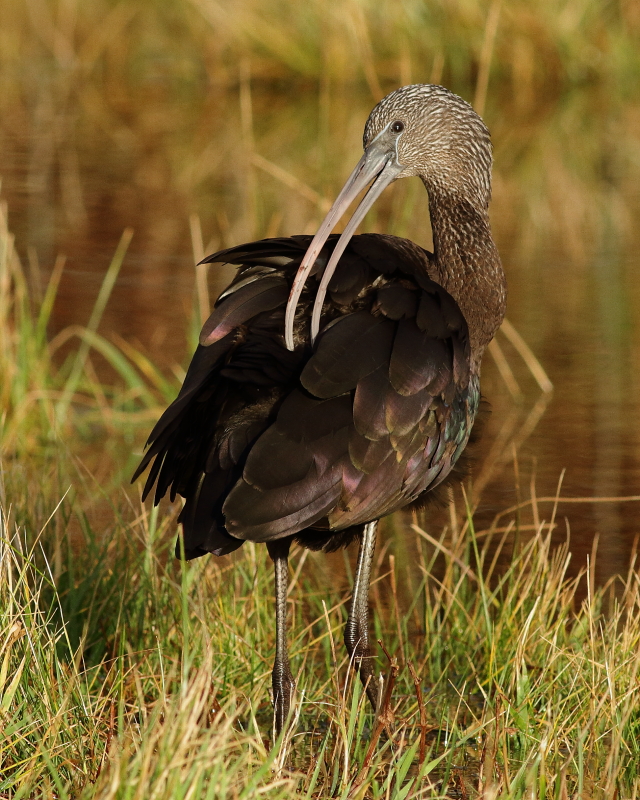 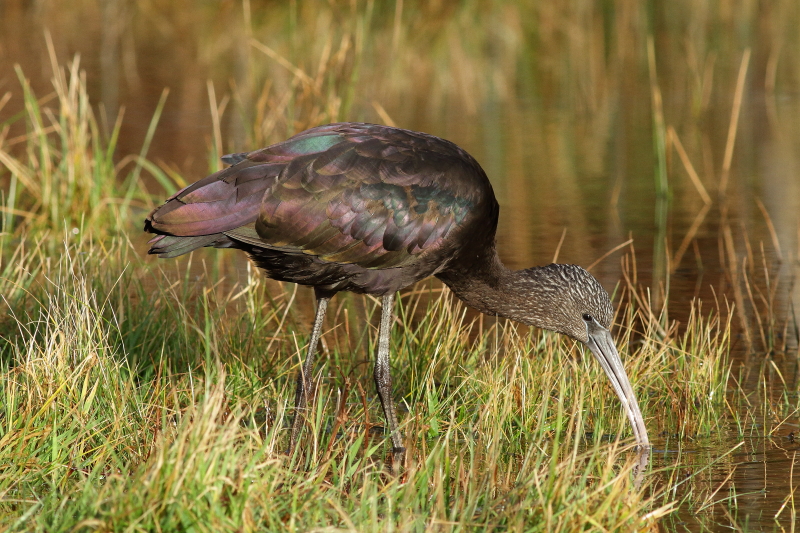 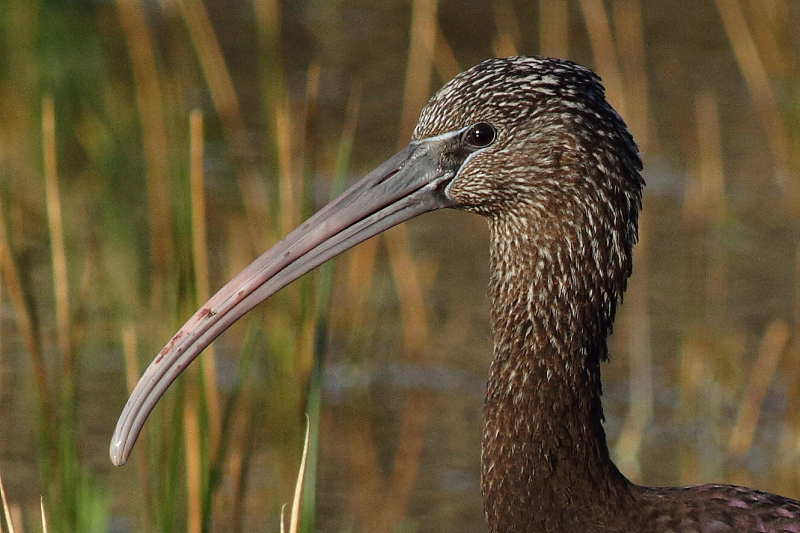 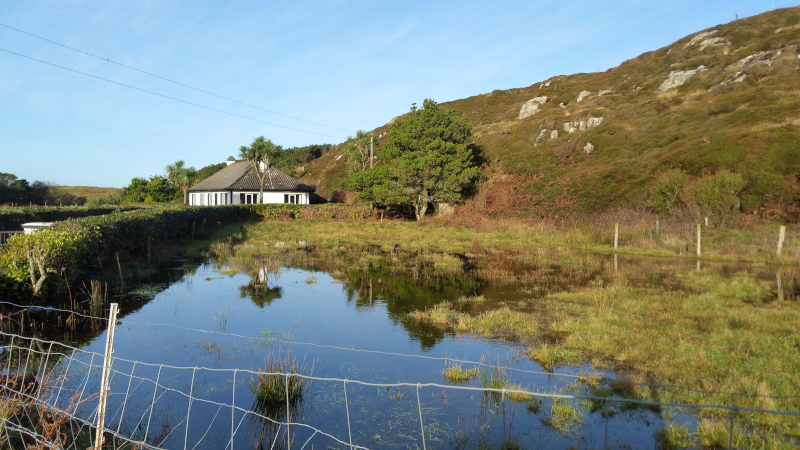