The first-winter Kumlien's Gull from 30th January was again present at Rossaveel Harbour on Saturday 9th March. Once again hardly anything doing in the harbour, very few gull about at all. This winter has been a complete wash out for gulls here in Galway. Last winter was great for Icelands as it was throughout North-West Europe but the two preceeding winters were similar to this winter.
This bird could be subtle enough depending on the light and the angle of the open wing but you could usually make out the contrast between the darker outer webs of the outer primaries and the lighter inner primaries. 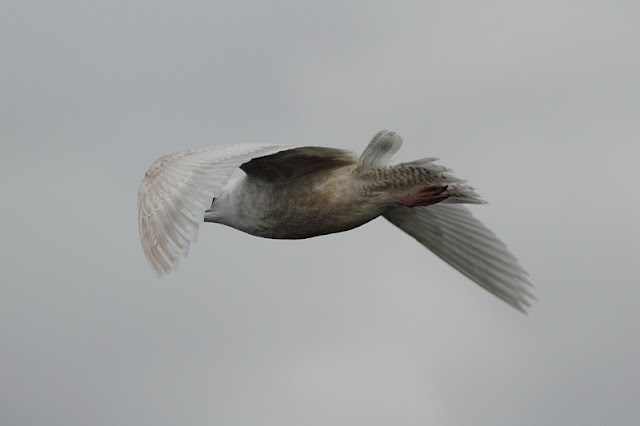 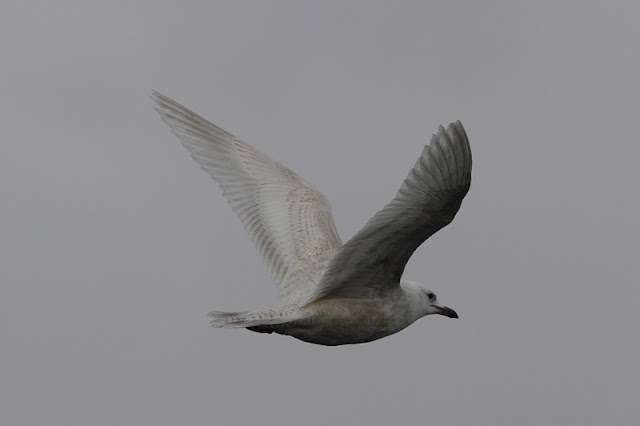 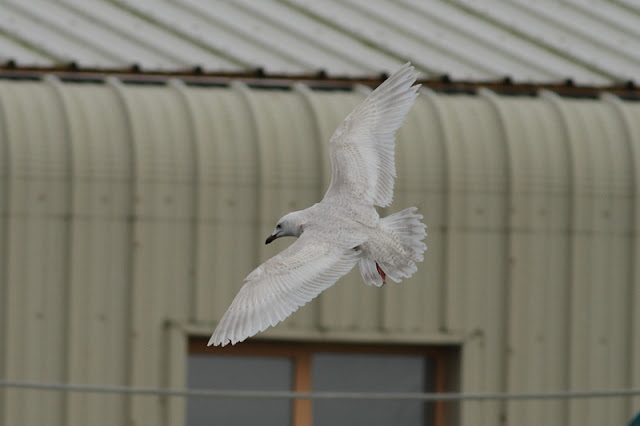 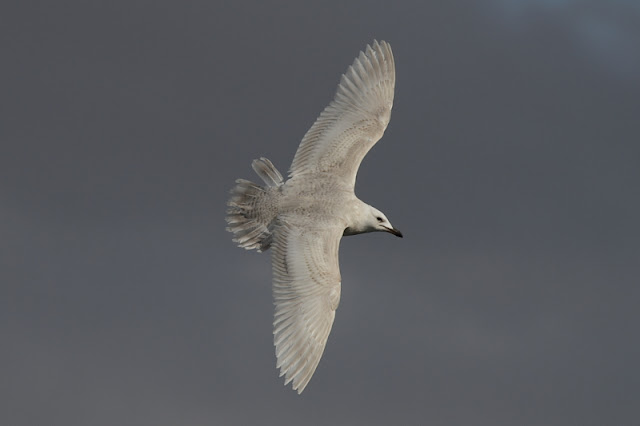 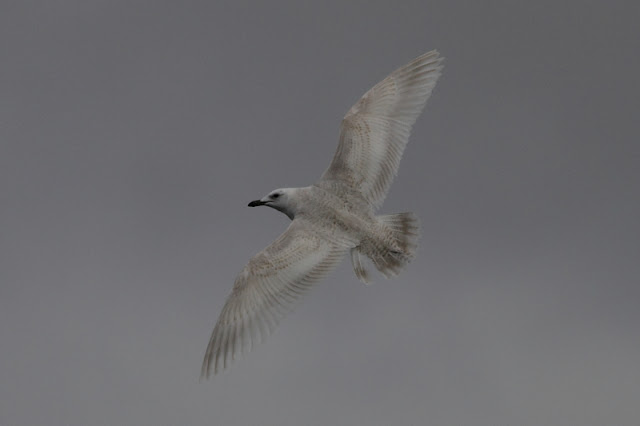 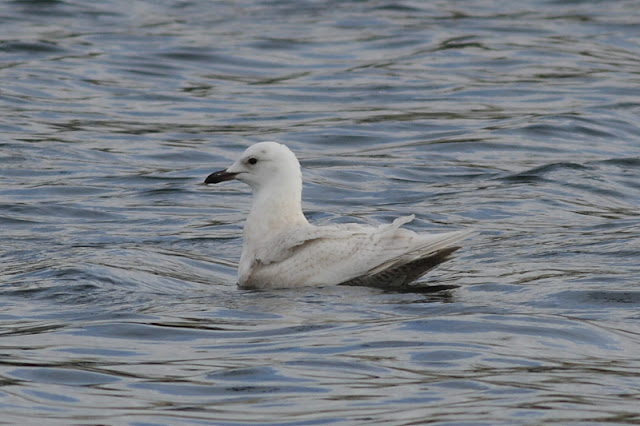