Just back from "The Rock" after a week of hard graft of migrant searching.
The first day of the trip (the anniversary of last years Eastern Kingbird) got off to a worryingly poor start with a grand total of zero warblers or migrants of note seen in most of the usual spots.
I had Buff-bellied Pipit on the mind that day for some reason and had already checked the shoreline in front of Loch Phort Chorrúch specifically for one with Hugh Delaney.
Later in the day after splitting up I decided to check An Gleannachán, the shoreline just below the Seven Churches area. Within five minutes I came across this guy along the weed-line. He was on the end of a lot of harassment from the local Rock Pipits and at one stage left the shoreline entirely and briefly retired into a wet field.
It stayed in the area for the next four days. It is the fifth Nearctic passerine that we have recorded on the island to date. It's about the twentieth Irish record and the second county record. I found the first one at Truska on 2nd to 3rd October 2010.
I got better shots of the pipit a few days later which I'll upload here in a few days time and more on the Inishmore trip in general. 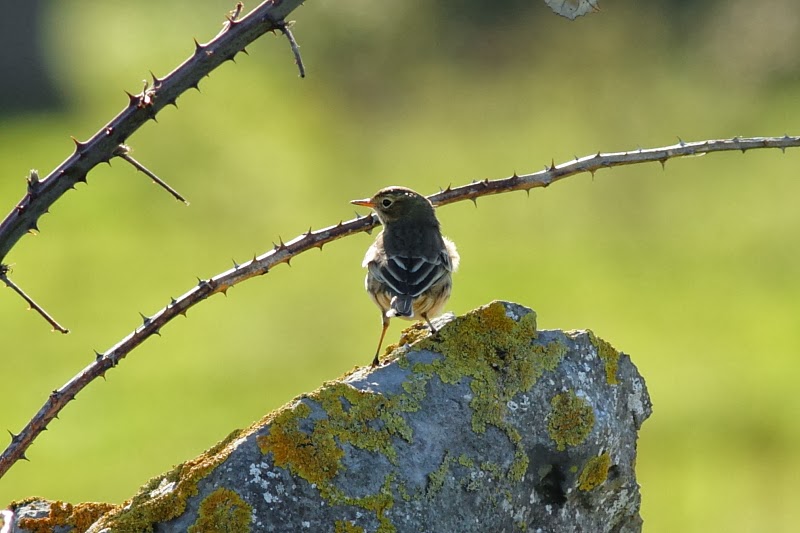 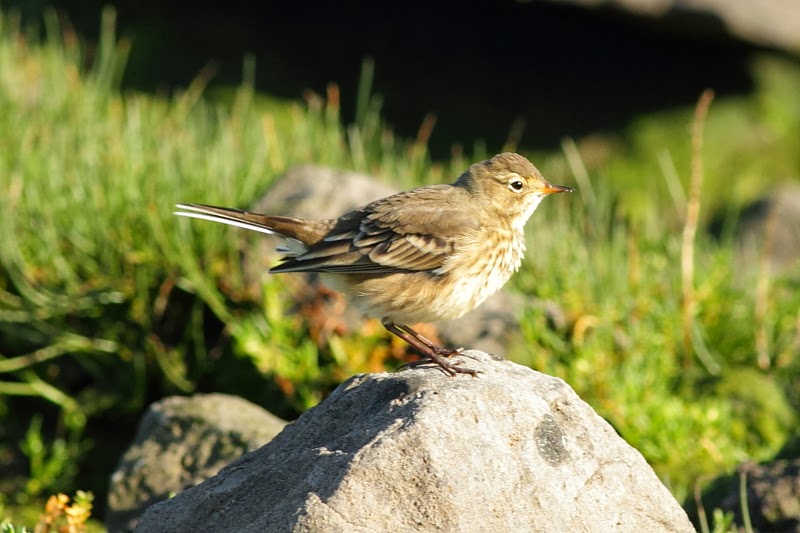 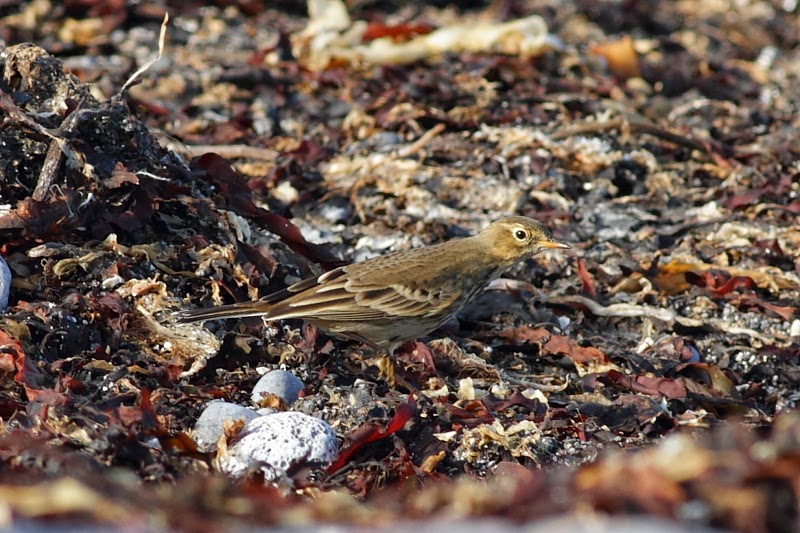 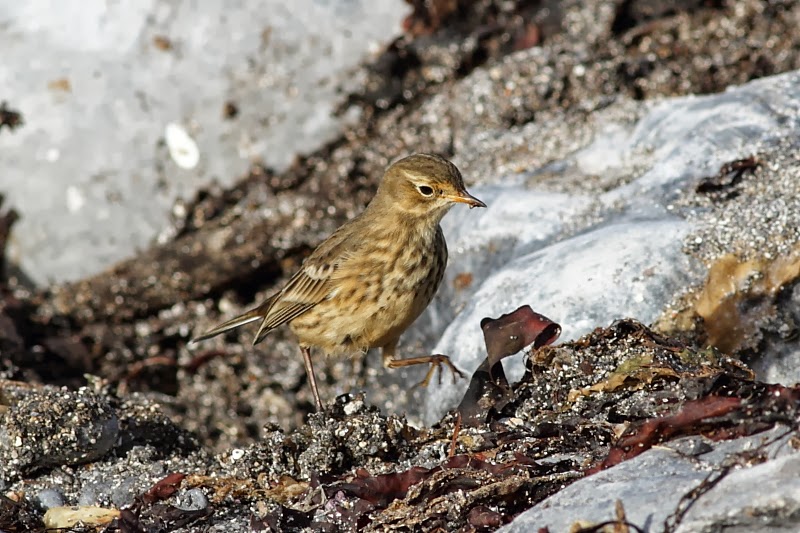 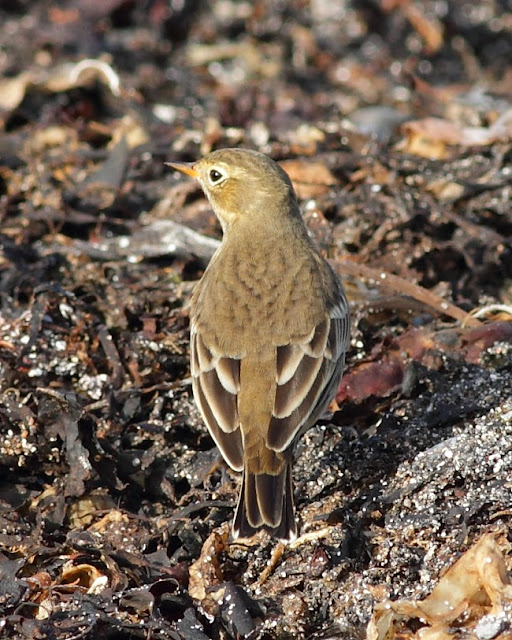 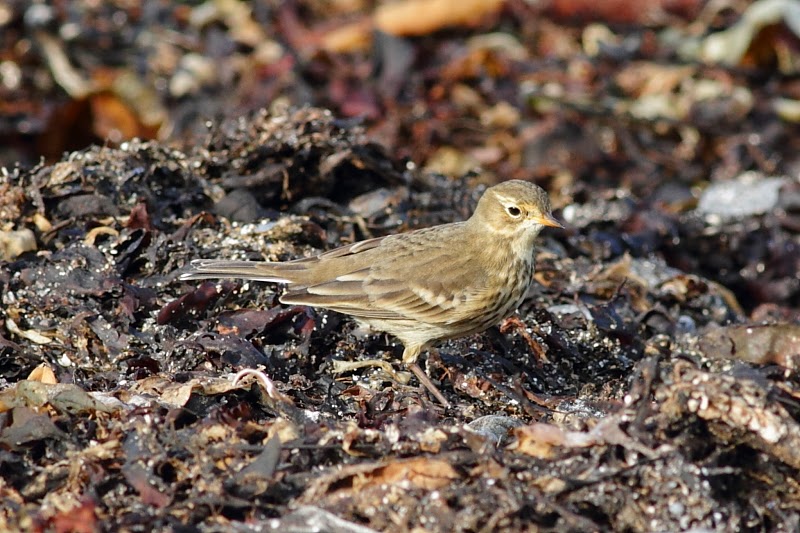 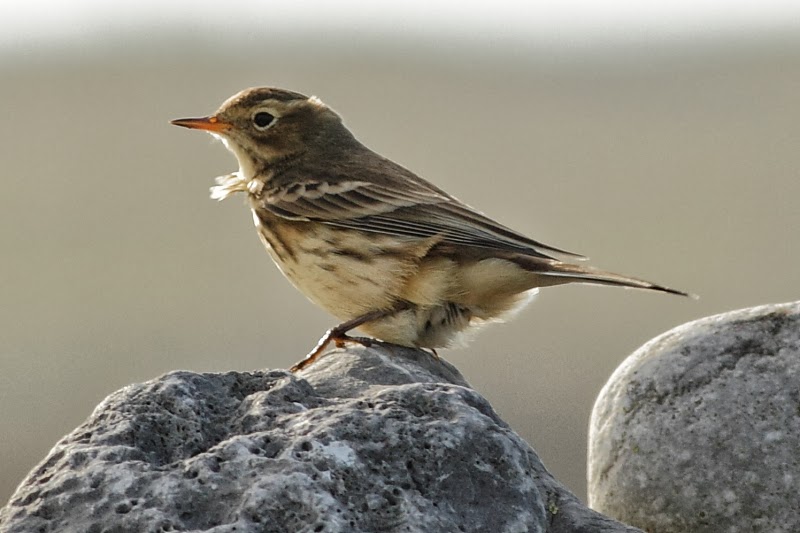 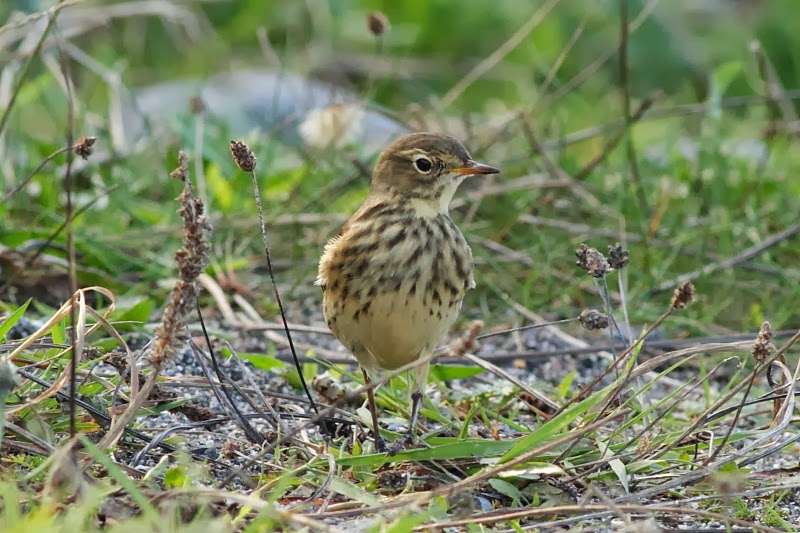 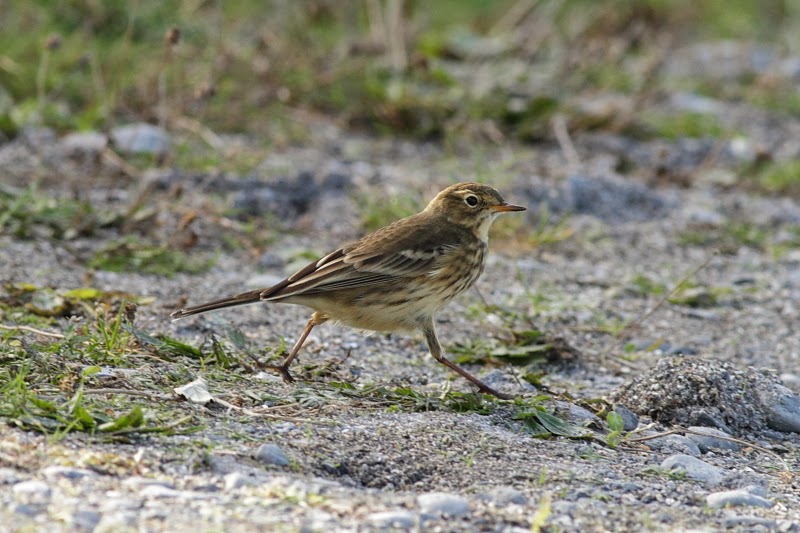 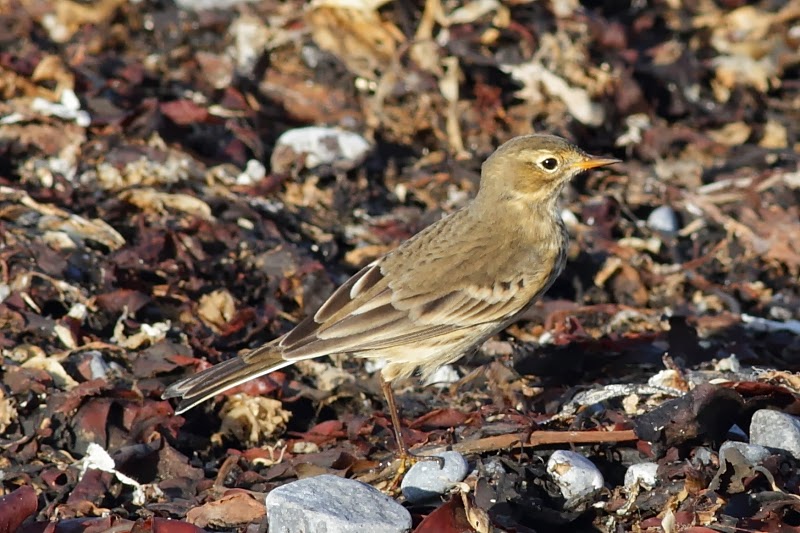