Merlin and the German Med

A few post Inishmore shots. I only discovered that I've lost my better shots of the Buff-bellied Pipit somehow, bugger!

Anyway I had a great encounter with a tame young female Merlin down at Aillebrack on Monday while looking for the Golden Plover (very slow to arrive in this Autumn). While out on Inishmore I had Merlin almost daily so there seem to be a good few arriving in at the moment. No chance of mistaking this particular bird for an American Taiga Merlin Falco columbarius columbarius as it had a up to 6 pale bars on the tail. Most local F. c. aesalon birds only show 4 -5 bars. Chris Benson who is a very active ringer in Galway has caught several Icelandic Merlin F. c. subaesalon in the county over the last few years so there's no doubt that we get that subspecies here on the West coast during the winter months. This bird didn't strike me as a possible Icelandic bird as it wasn't particularly big or dark looking. 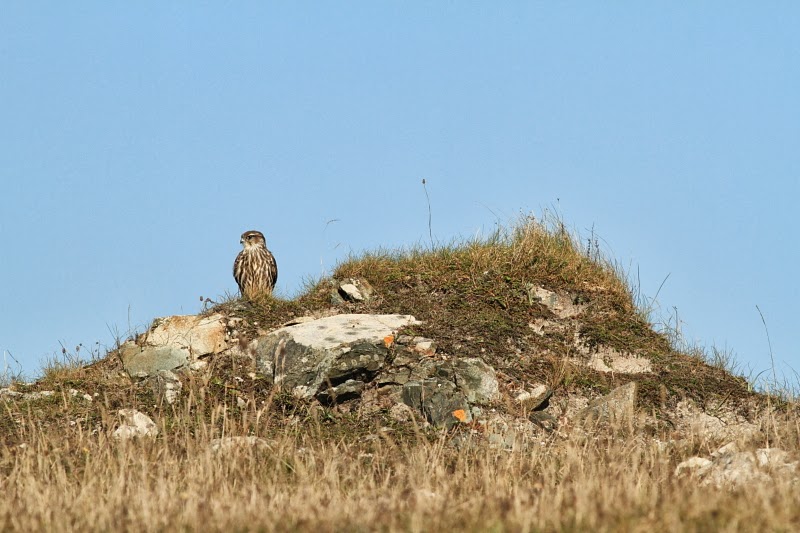 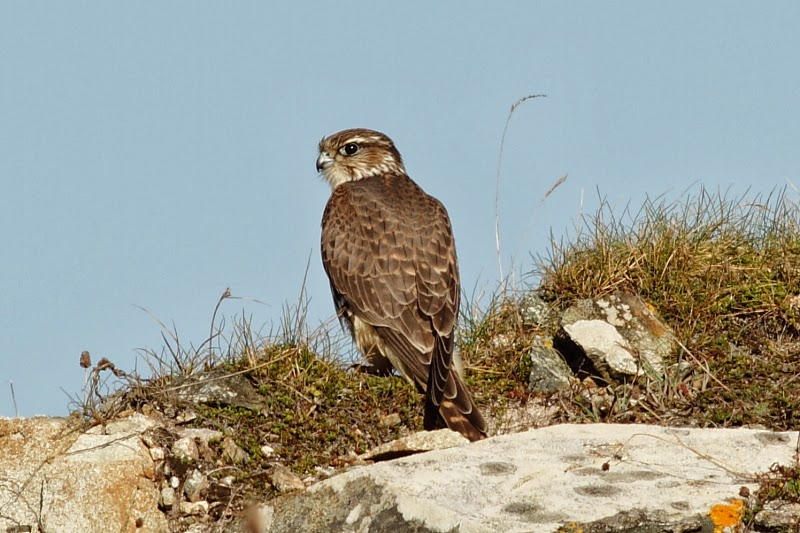 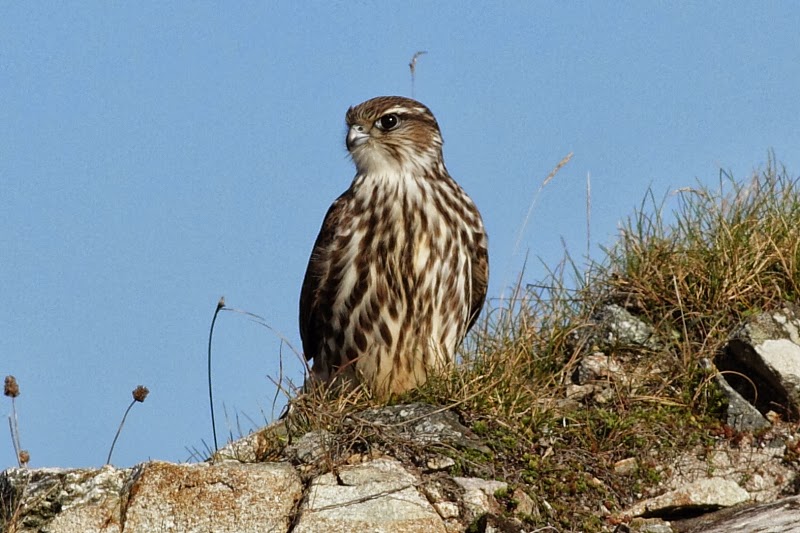 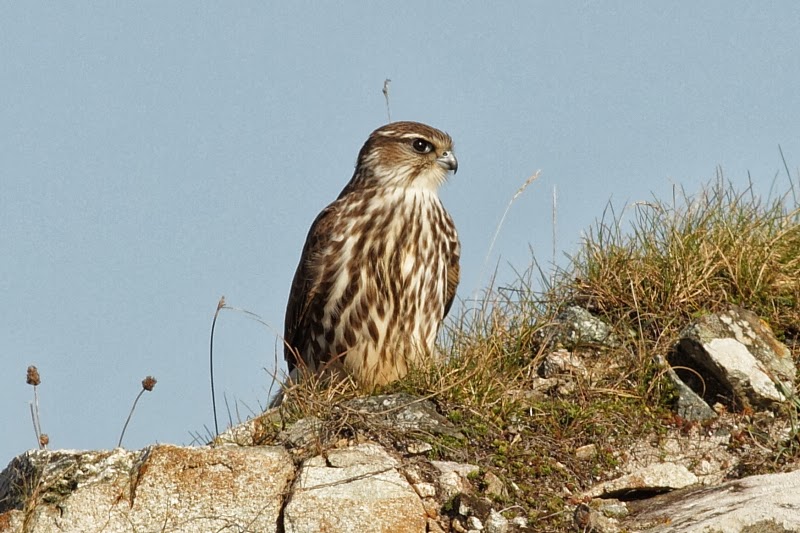 I was out on Omey Strand/Island today doing an I-Webs count, nothing mega but did have the German ringed Mediterranean Gull that I recorded in Mannin Bay on 22nd October 2012 and 26th February 2013. Good to see it back. It was originally ringed as a pullus on 17th June 2006 on the outskirts of Hamburg. It has been previously seen at Preesall Sands, Lancashire, UK by Chris Batty and also at Pas-de-Calais, France in its first year but has returned to its birthplace and later to a colony based on large flat roofed factories nearby. Med Gulls don't seem to have a great reputation for site fidelity here in the West of Ireland and this is the first returning bird I think I've ever had in Galway. 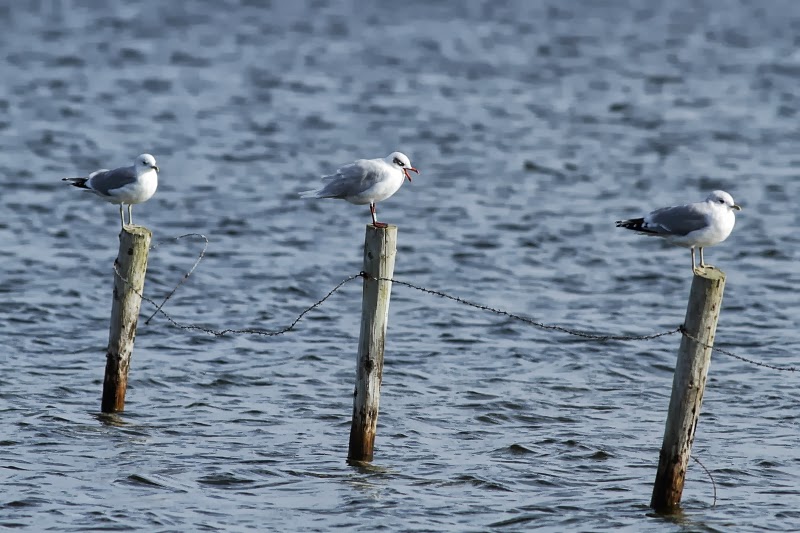 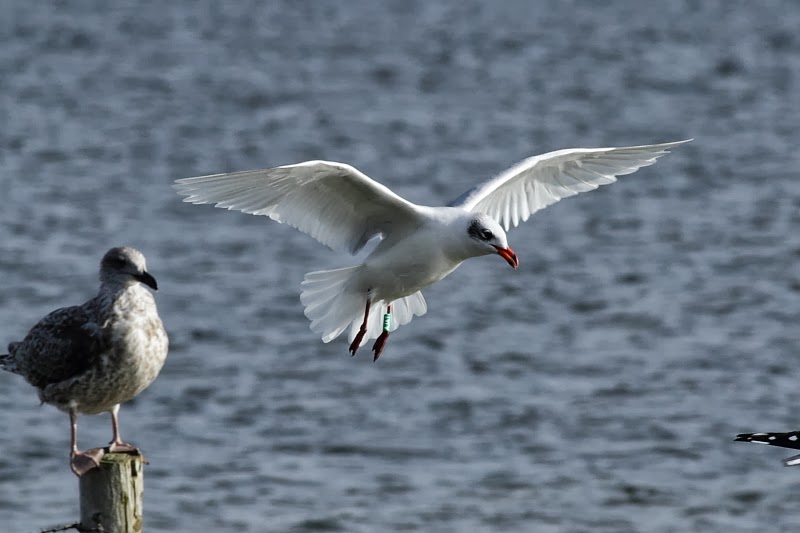 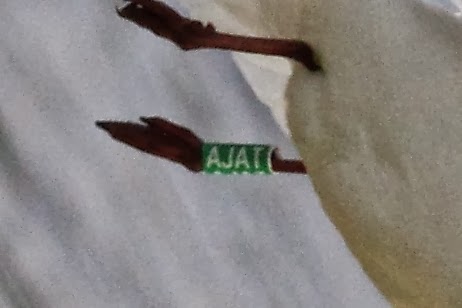 There were three Whoopers and an Otter on Fahy Lough also. I also had a very impressive flock of 33 Chough on the machair commonage, probably the biggest flock I've seen in Connemara. Good to see that the survival rate of young birds ain't half bad so far this Autumn.