I found this adult Kumlien's Gull today down at Ross Beach. It was busy preening away with its head stuck in its mantle initially. The large size combined with the amount of black on the primaries lead to thoughts a Glaucous x Herring hybrid. With better and more prolonged views it was obvious that it was a very big male adult Kumlien's Gull, around the same size of the surrounding local Herring Gulls. The shots were taken at a distance, gulls ain't so easy to approach away from Nimmo's Pier!
Anyway this bird was on the darker end of this race/intergrade. The primary markings were a dark charcoal grey rather than black. The pattern is a near match to the adult bird that was in at Nimmo's Pier from January to March 2009, see the links below. This bird went slightly further beyond the 2009 individual in that it the band on P6 wasn't broken in the middle by the pale shaft.
http://www.birdguides.com/iris/pictures.asp?mode=search&tx=656&a=80&rty=0&r=0&off=194094&v=1&gallery=0
http://www.birdersplayground.co.uk/Kumliens%20Gull%20-%20adult.html
It was a close match to Stage 5/the wing pattern N depicted in the "Identification and Variation of Winter Adult Kumlien's Gulls" by Steve N.G. Howell and Bruce MacTavish published in Alula 1/2003. According to the same paper this type accounts for only 4% of the Kumlien population.
http://www.gull-research.org/papers/papers4/Identification%20and%20Variation%20of%20Winter%20Adult%20Kumlien's%20Gulls.pdf 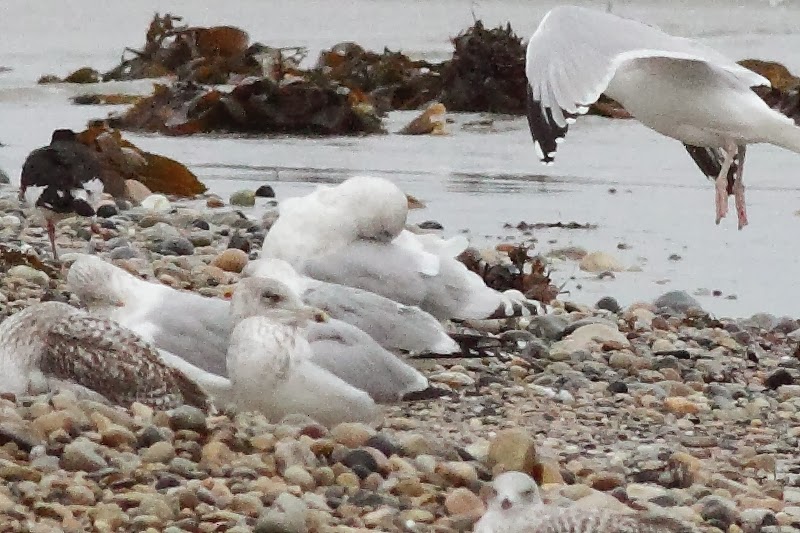 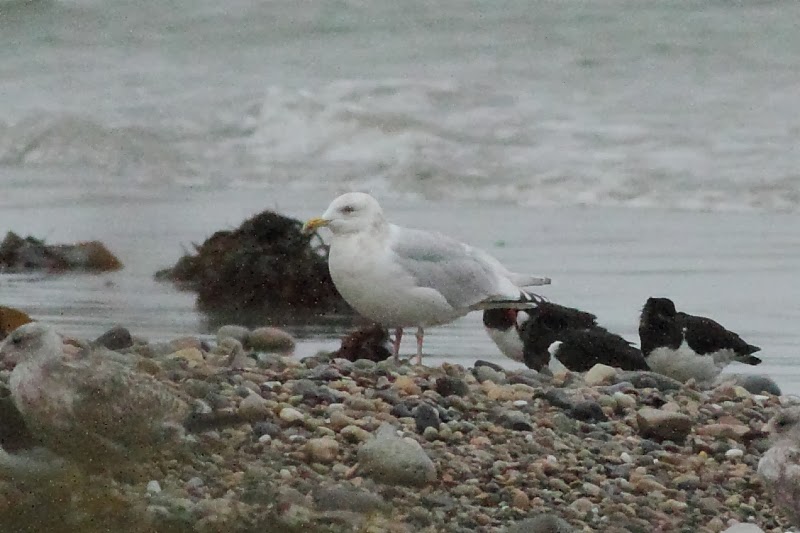 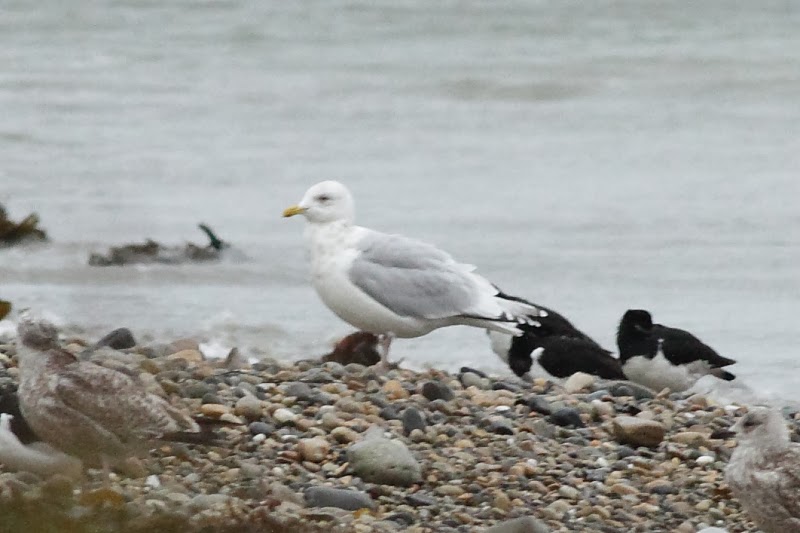 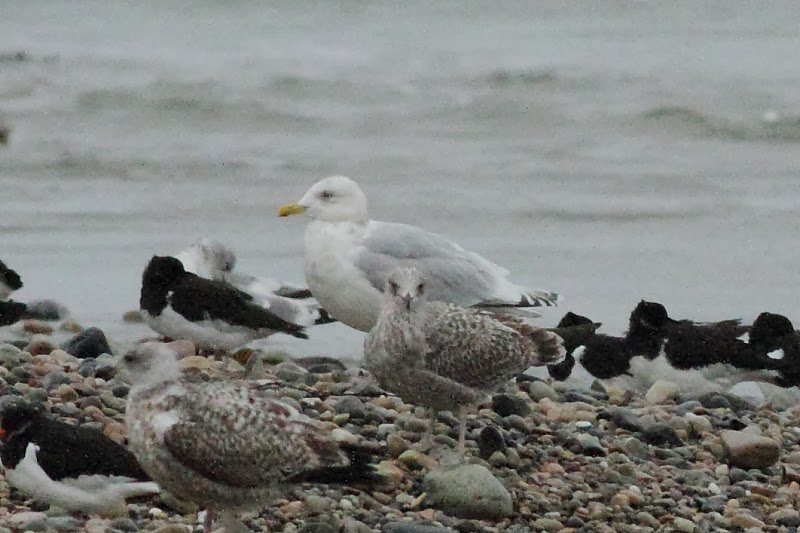 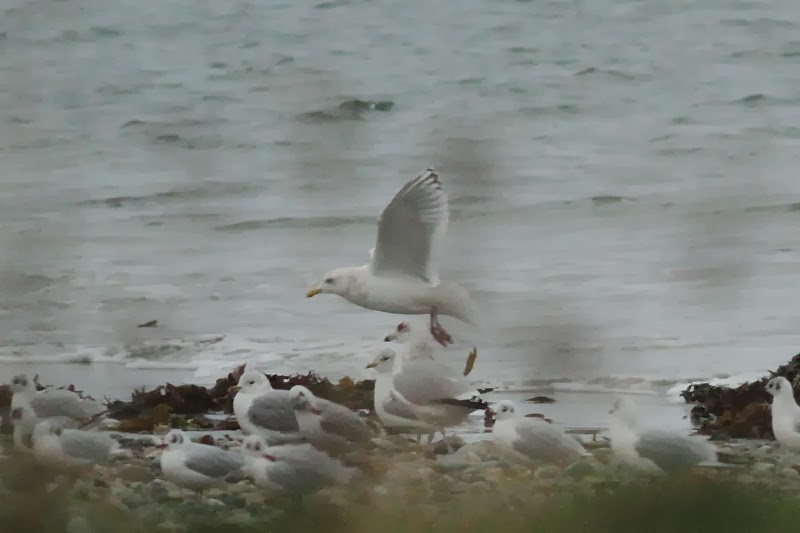 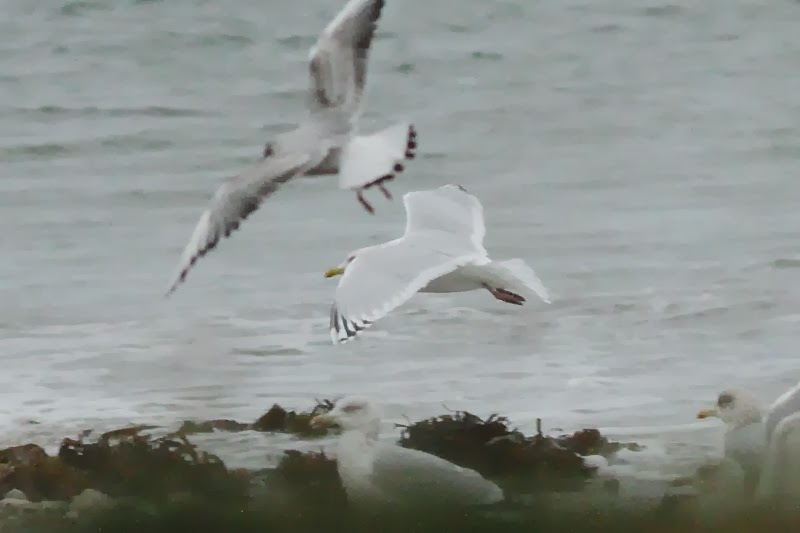 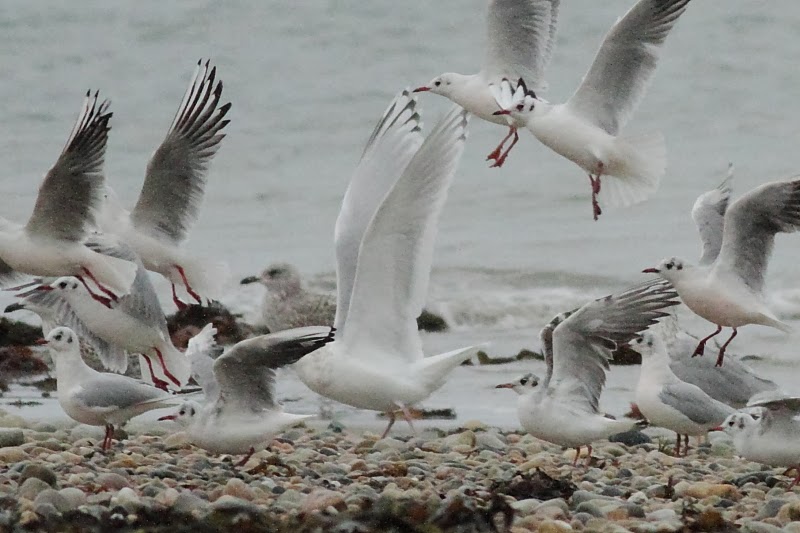 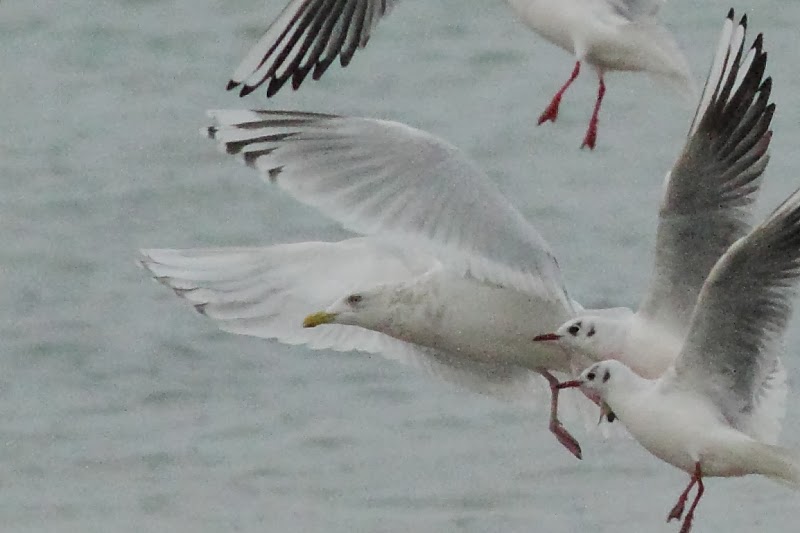