Murlach strikes again. In the last year now it's had American Coot, Green-winged Teal and Lesser Yellowlegs, amazing we you think it's had nothing in five years of coverage up until this time last year. I was doing the I-WeBS with the bossman Ger O'Donnell yesterday down at Ballyconneely. I picked up the American Coot while doing the same count here. While counting Murlach I had a female Tufted-type Duck out on the lake. I didn't have much time to eyeball it as we had places to go and birds to count but it did look interesting. I came back after finishing the counts but the light was nearly gone at this stage. After a lot humming and hawing I knew I would have to come back in the morning as I just couldn't make out the exact bill and on the two occasions it flapped it's wings I was at the wrong angle to properly make out the wing pattern. It spent most of its time diving so the head shape was very noticeable as it had crown feathers depressed in between dives for most of the time.
I spent two hours with the bird this morning. Again it spent most of its time diving in amongst the 27 Mute Swans present. There were times where I almost had myself convinced it was a Tufted Duck as the head shape again wasn't as eye catching while feeding. However the head shape was far more noticeable when the bird was relaxed or alert.
It approached to within 100 metres this morning. Even at that range it was still hard to make out the bill pattern in the dull overcast conditions. The whole bill was fairly dark grey which made examining the bill tip again tricky. It had a small black nail with some limited darkness bleeding either side of the nail but this doesn't seem too unusual for Lesser Scaups of this age and sex (see below). As it was the only diving duck present it was impossible to judge it's overall size. I don't recall ever seeing any diving duck from this site at all actually. It could be aged by the very dull eye and is most likely a female as a young male should show some signs of the sex at this stage such as new grey feathers to the upperparts or new black feathers on the head, neck or breast. Thankfully the bird eventually flapped after a spot of preening and revealed the classic Lesser Scaup wing bar consisting of clean white secondaries sharply contrasting with grey primaries. I had a Lesser Scaup-like drake Aythya hybrid in Clare last winter which had white on the secondaries and this continued onto the inner primaries while the outer primaries were grey.
http://dermotbreen.blogspot.ie/2013/02/9th10th-february-2013.html
The shots of the Murlach bird are only record shots taken at long range in poor light and are fully cropped but they at least give you an impression of the bird. Were this bird at longer range in with large numbers of duck for example at Lough Corrib it's entirely possible it mightn't have been picked out or clinched. 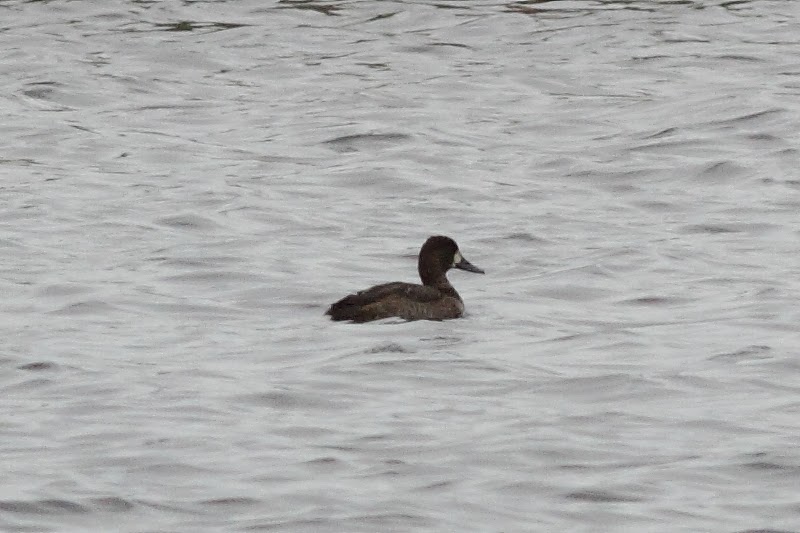 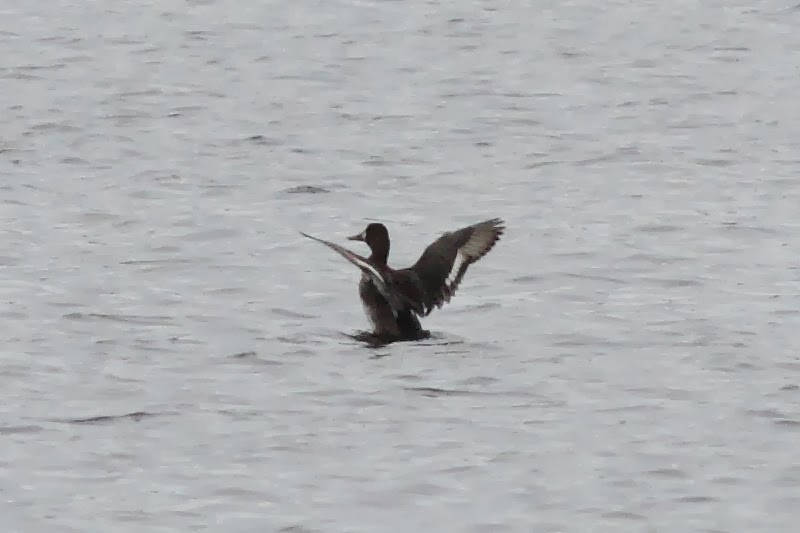 All shots below are from Florida taken in slightly better light and closer range from last winter. 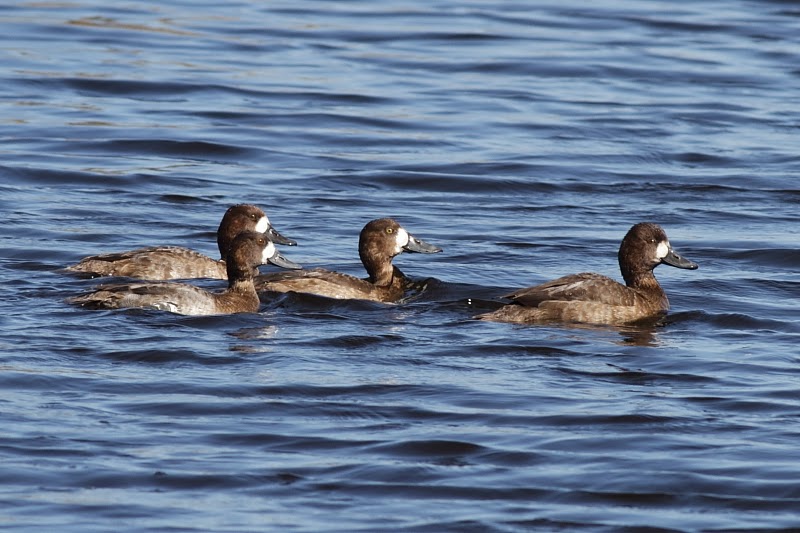