I found this first-winter female Lesser Scaup out at Rahasane Turlough yesterday. There's very little water in the turlough for the time of year. Numbers of duck were quite low and this bird just had a single Tufted Duck for company which was the only other diving duck present.
Thankfully within five seconds of picking it up it thankfully flapped its wings revealing the characteristic white secondaries and grey primary wing bar of Lesser Scaup. It was also a smaller bird compared to the Tufted Duck. The head shape also looked very good with a good high crown with a distinct peak behind the eye displayed most of the time. The bill pattern wasn't so easy to see unfortunately due to the distance. While I don't think it had the sharp isolated black nail of an adult male or adult female, it certainly didn't have the extensive black tip to the bill which was noticeable on the Tufted Duck which was present at the time. First-winter females do exhibit some limited dark "bleeding" on either side of the nail however, see here.http://dermotbreen.blogspot.ie/2013/11/lesser-scaup-murlach.html
The eye colour was a dull orange-yellow and the overall plumage was a very soft brown colour with not hints of grey mottling on the body which suggested it was a young bird. I've added some very poor record shots here which are really all that useful to be honest. I took some video on phone through the scope which can be viewed here.
http://vimeo.com/108798435
http://vimeo.com/108798436 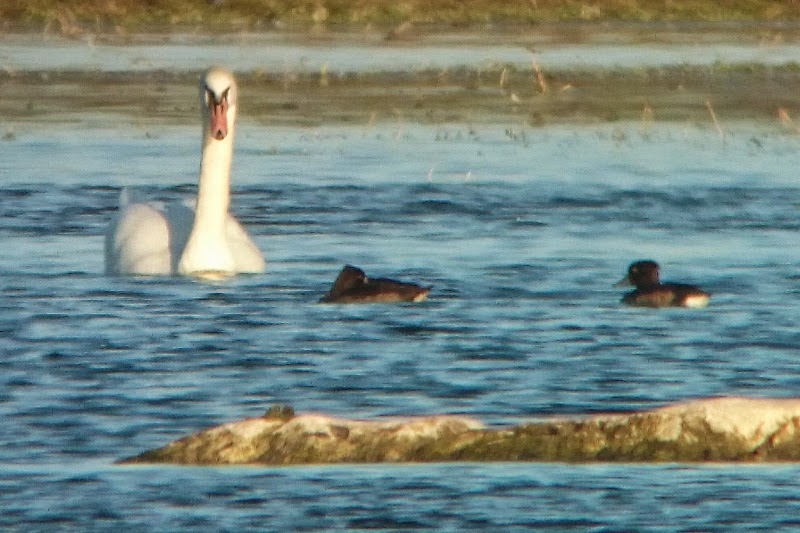 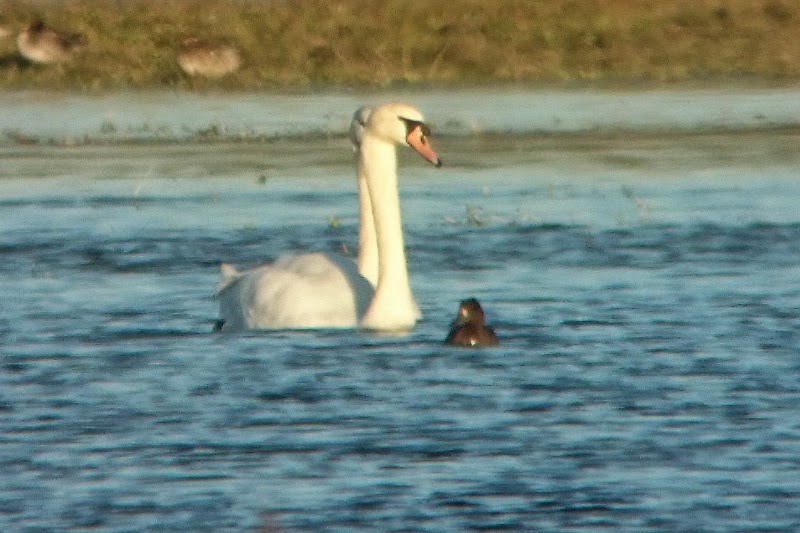 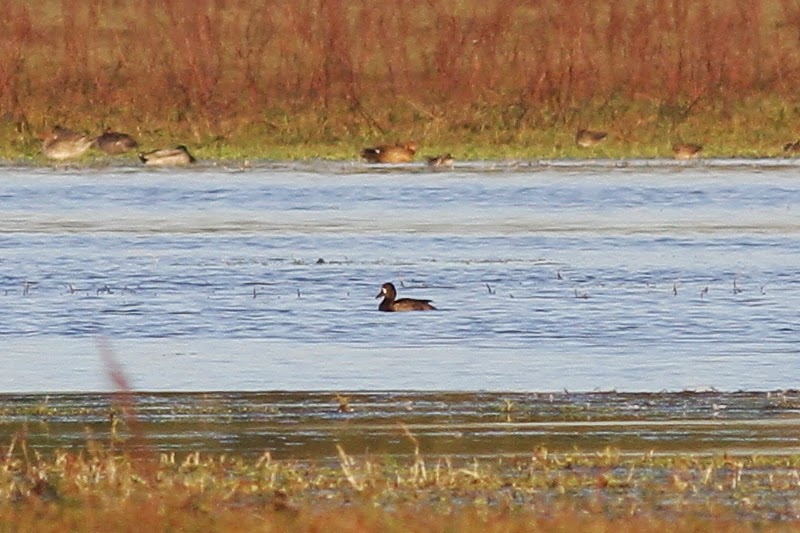 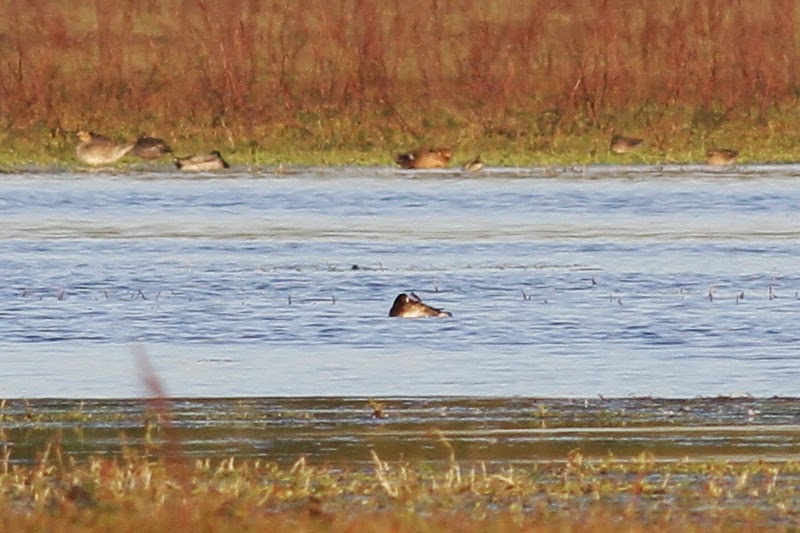 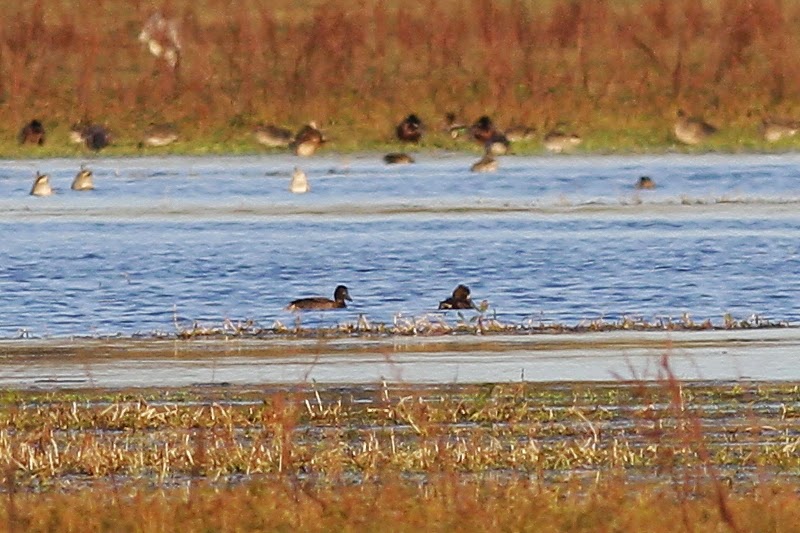