Took the day off today and went on one of my first twitch this year outside of county Galway for Dave Suddaby's Red-flanked Bluetail up on Belmullet. It was also a lifer for me which was added incentive. It initially took me an hour and a half to see the bird as it proved very elusive first thing in the morning. As the day warmed up it showed very well on two occasions. One the first I was very close to the bird. As I pressed down on the shutter button the battery gave out after only 3 or 4 shots - bugger! On the second close encounter I was on the other side of the shelter belt and missed it entirely - double bugger!! It did give prolonged views on the sheltered side of the shelter belt later on but it was just too distant to get anything usable. Most of the shots are heavily cropped record shots but it was brilliant to see such a great little bird, well worth the five hour round trip and a fantastic bird to finish up (almost) the Autumn. 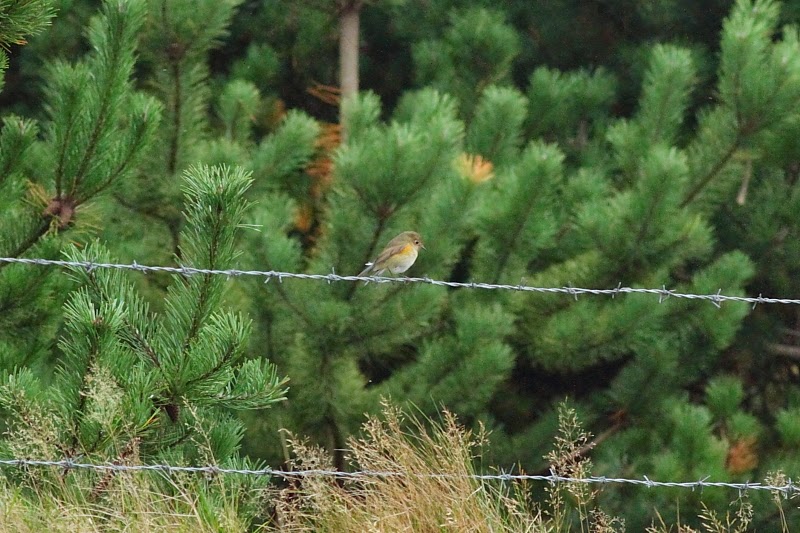 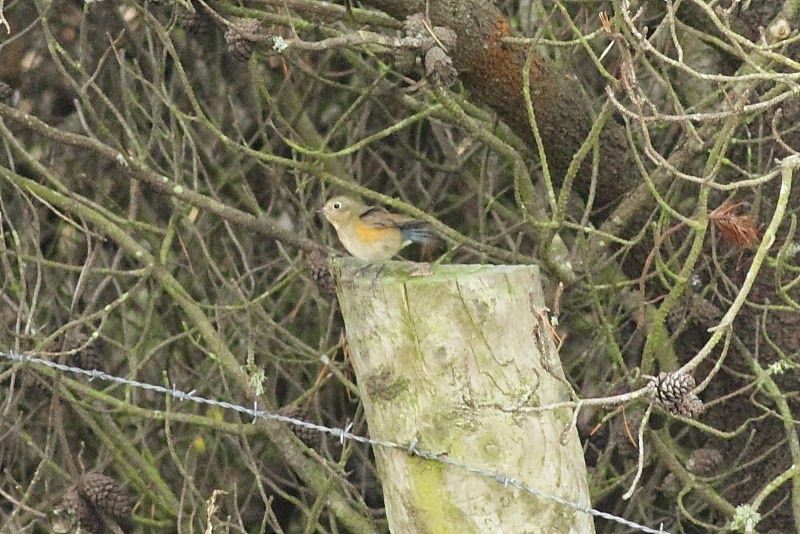 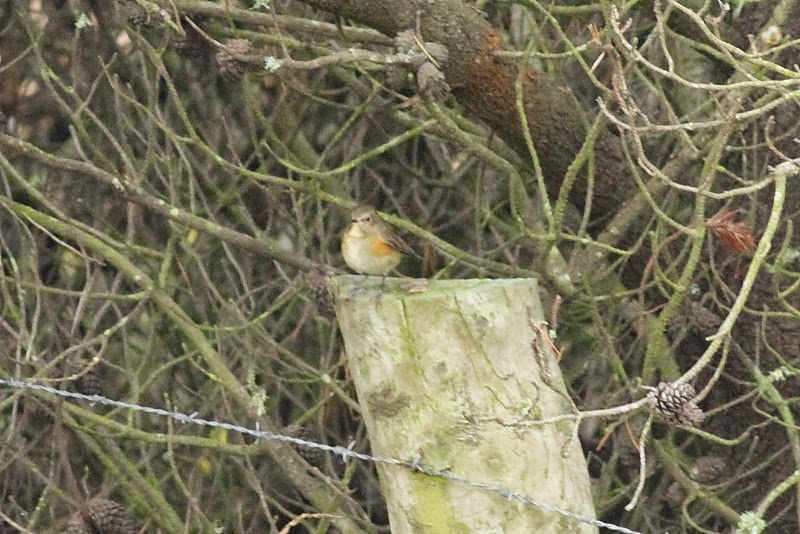 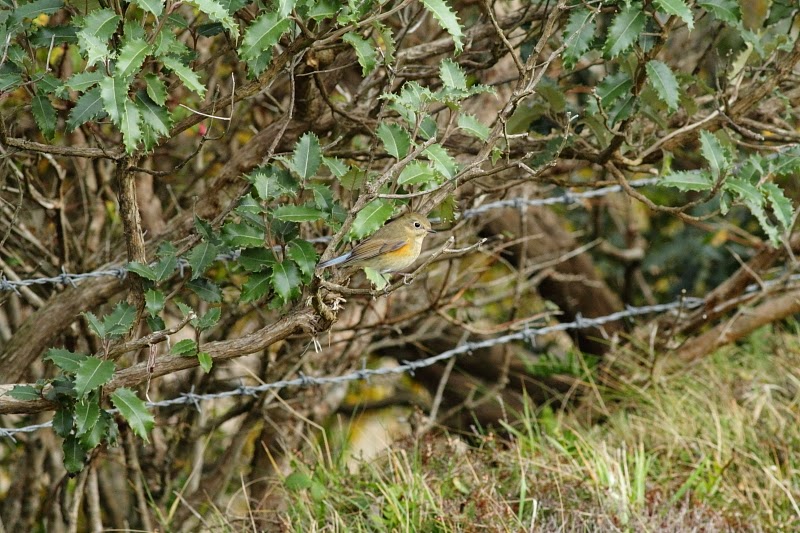 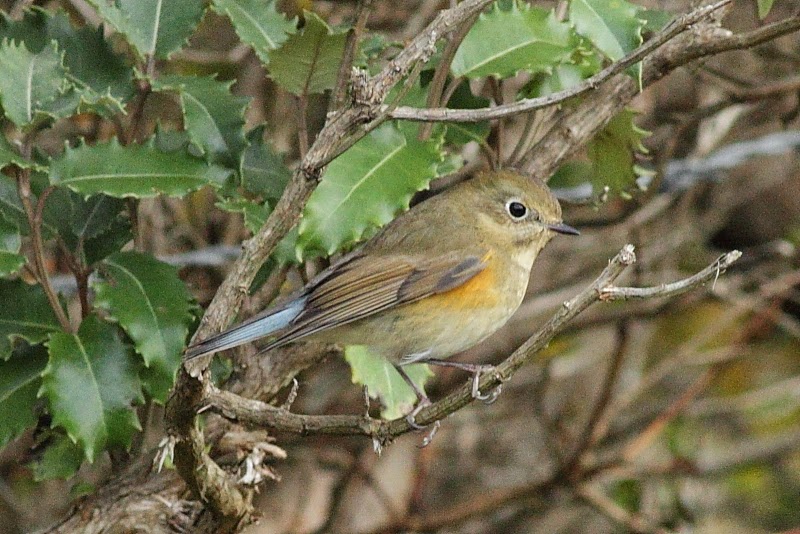