A few shots of a first-winter Glaucous Gull that was on Lough Anillaun near Cleggan last week. There seemed to be a small feeding frenzy going on in the lough as there were about 200 mostly large gulls feeding on small fish of some description in the lough. This is the lough in behind the causeway at the head of Cleggan Bay. While it looks like it could be a very productive spot, the best I've ever had in there has been a male Gadwall!
Two shots of a Great northern Diver coming out of summer plumage which was off Renvyle on the same day also. 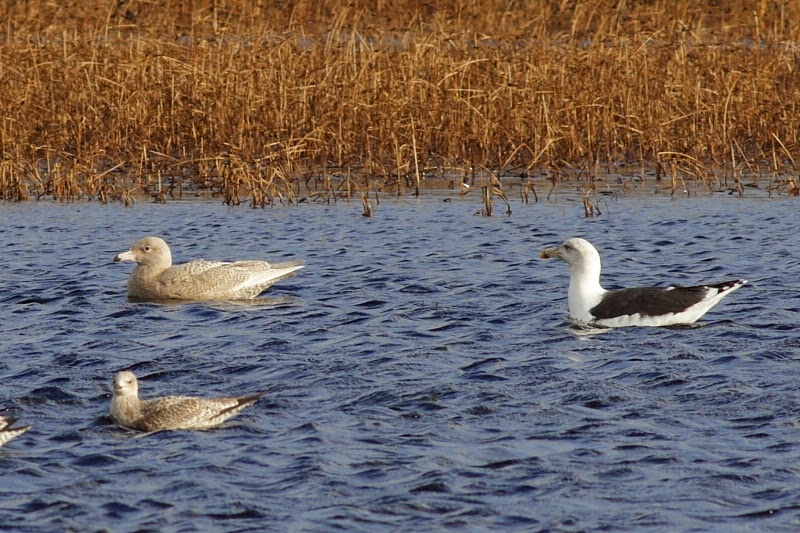 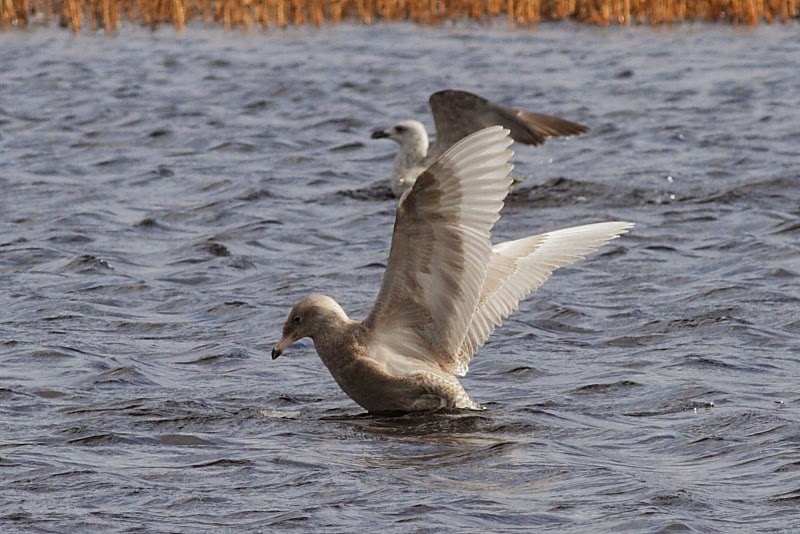 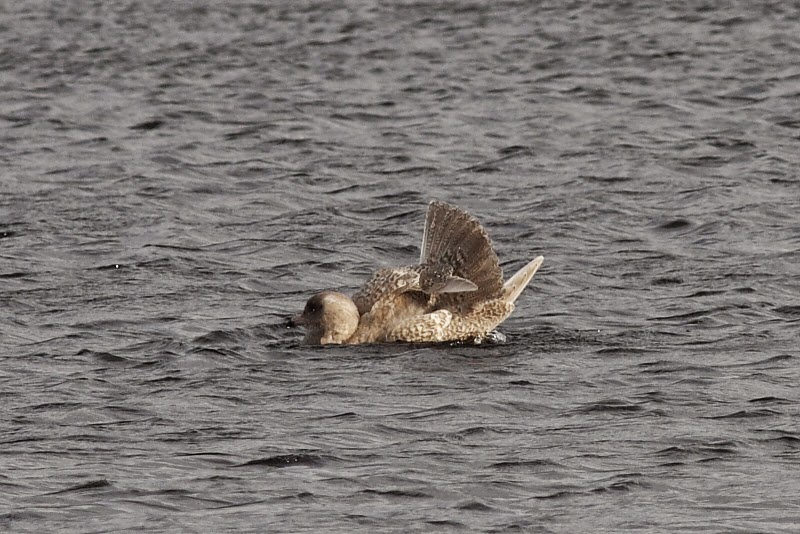 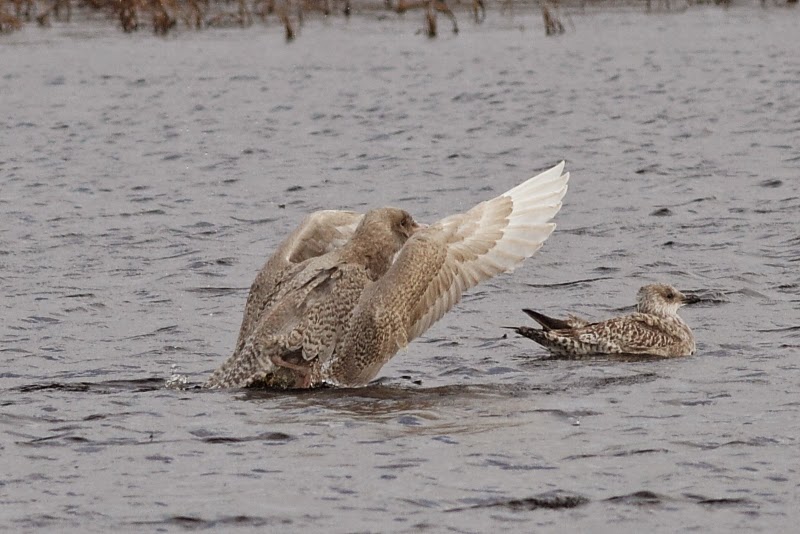 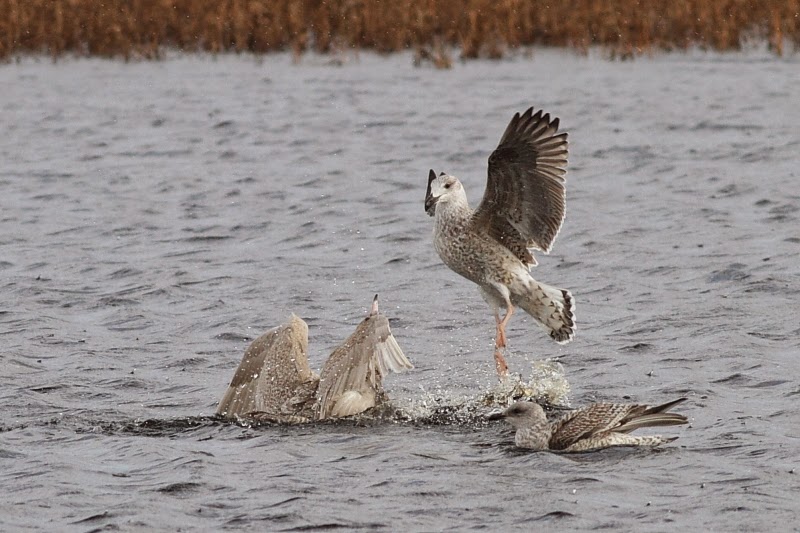 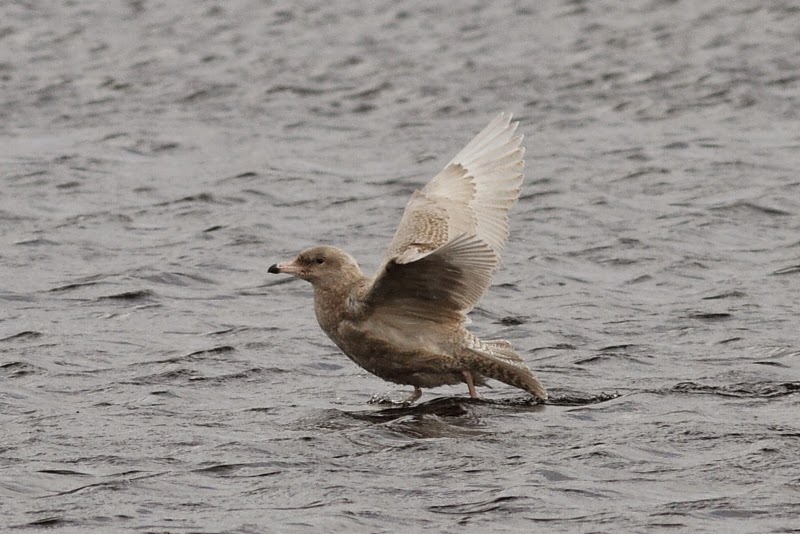 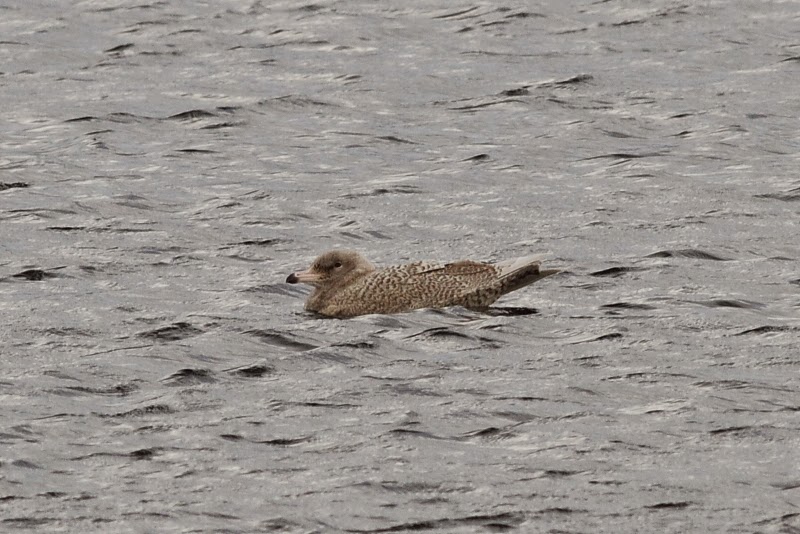 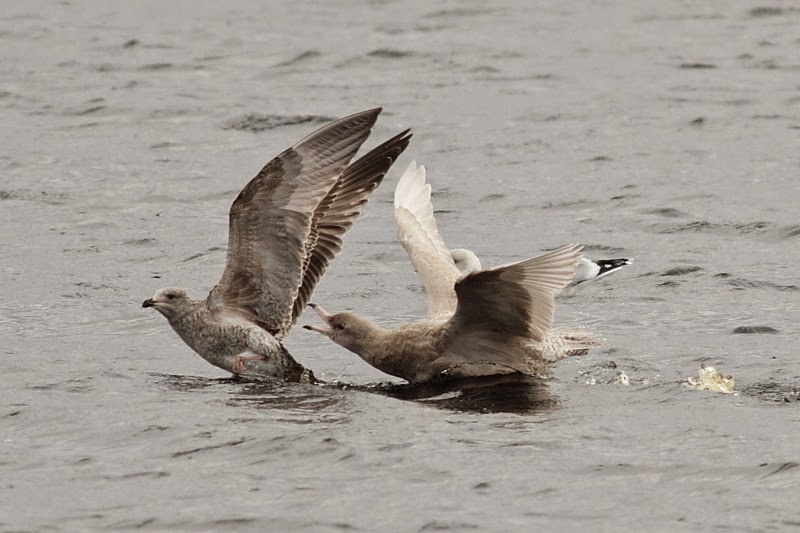 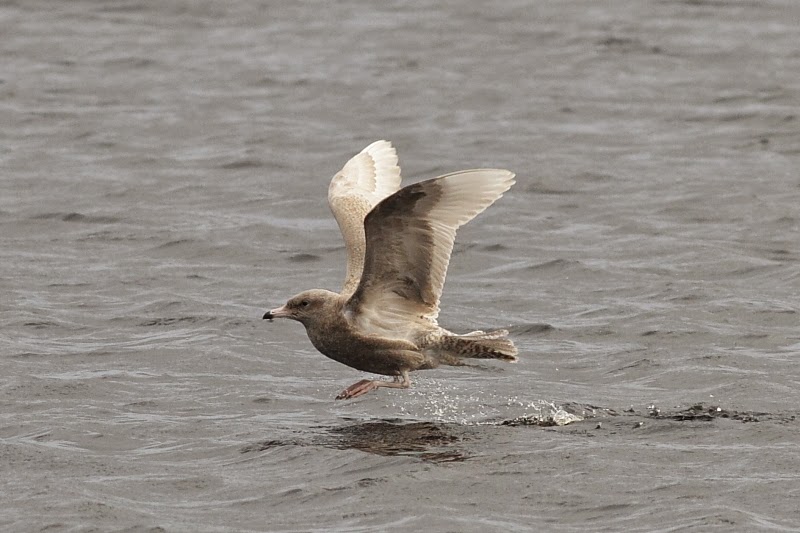 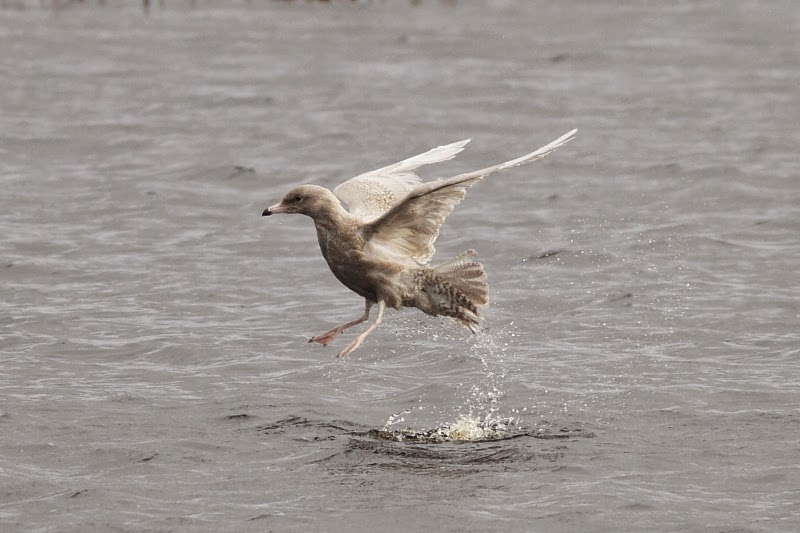 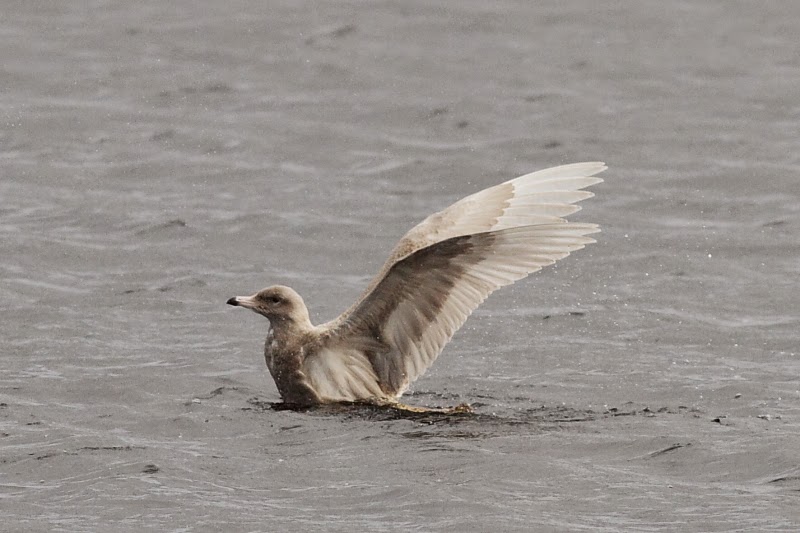 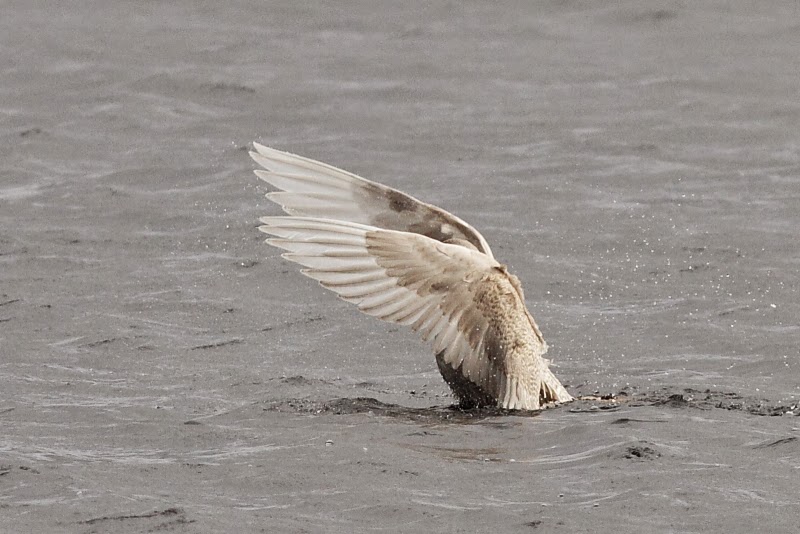