I got a call from Martin O'Malley to say that a friend had picked up a bird with a broken wing down at Mannin More near Ballyconneely on Saturday evening. I called down to collect it on Sunday morning expecting it to be a gull or a maybe a Gannet but was surprised to discover it was actually an Arctic Skua. The left wing was broken with distal end of the ulna being completely scattered. It had difficulty walking as it keep tripping over its hanging wing. The possibility of the bird ever recovering from such an injury and surviving in the wild was zero. The most humane thing to do was to put an end to the birds suffering. It's something I personally hate doing especially as it was such a nice quiet bird. I'm not 100% sure as to how it managed to mangle itself so badly. My only guess is that it may have possibly hit a fence or a power line. Thanks to Melanie and Joane for picking up and looking after the bird.
It was interesting to such a species up close however. You usually only see them at a distance out to sea in difficult conditions. 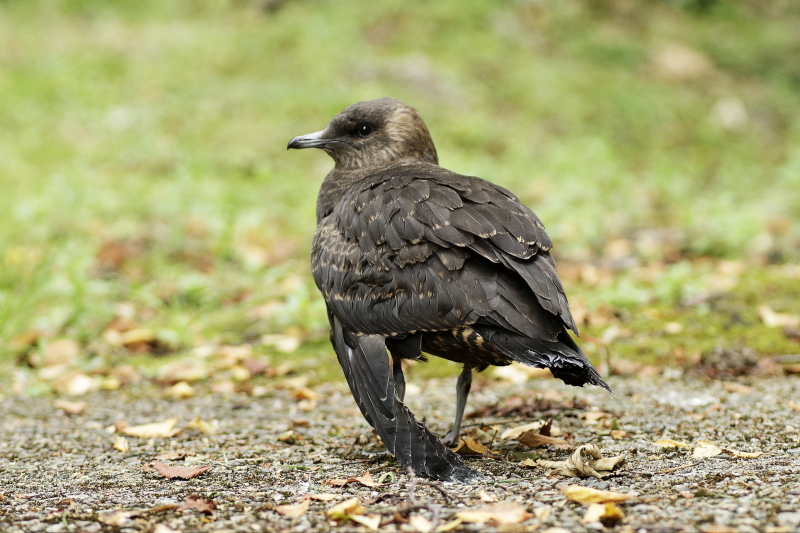 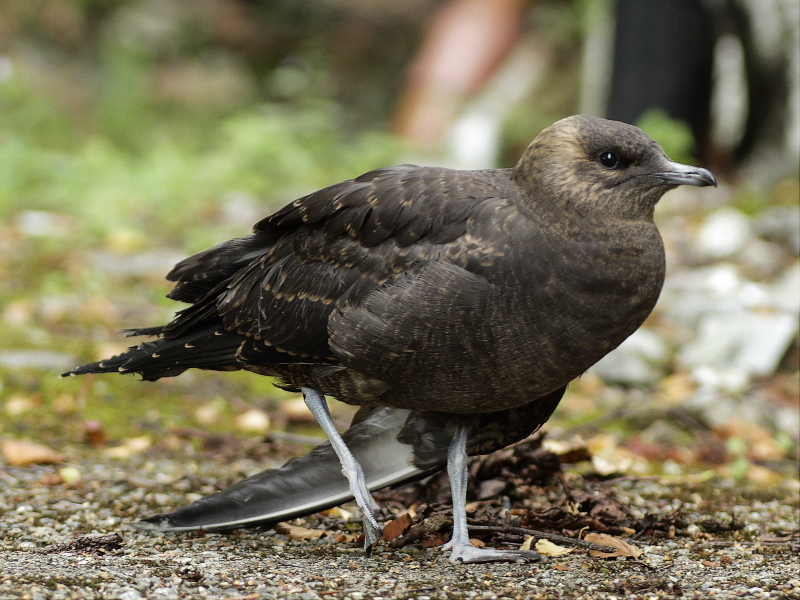 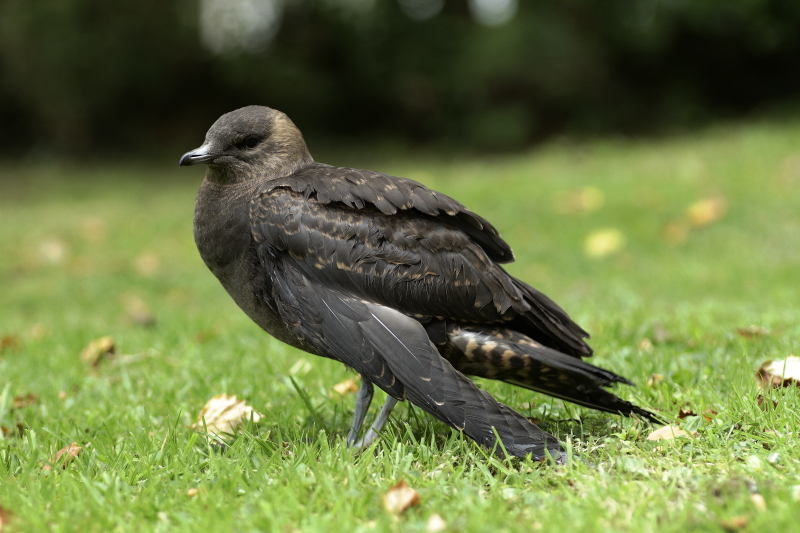 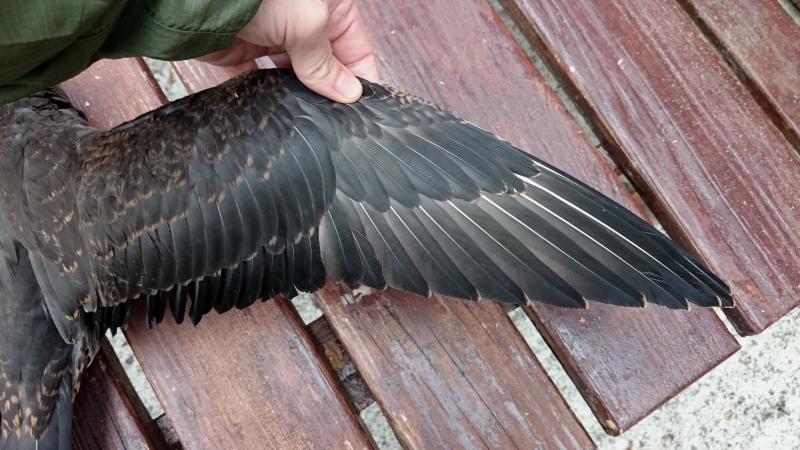 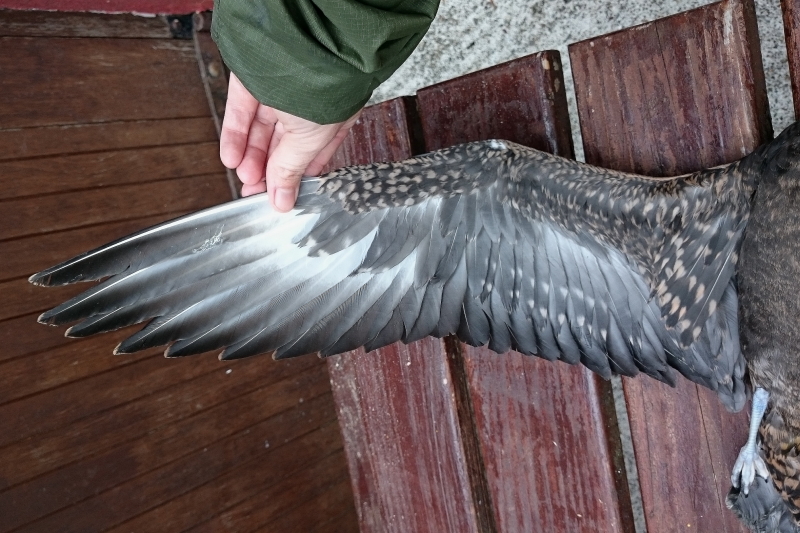 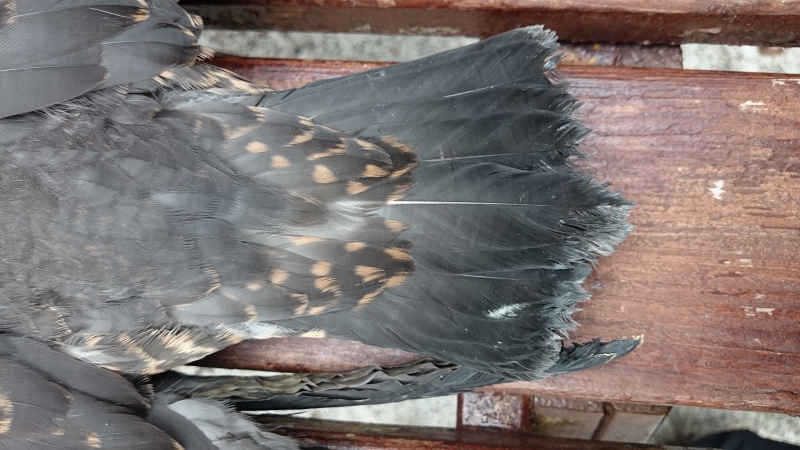 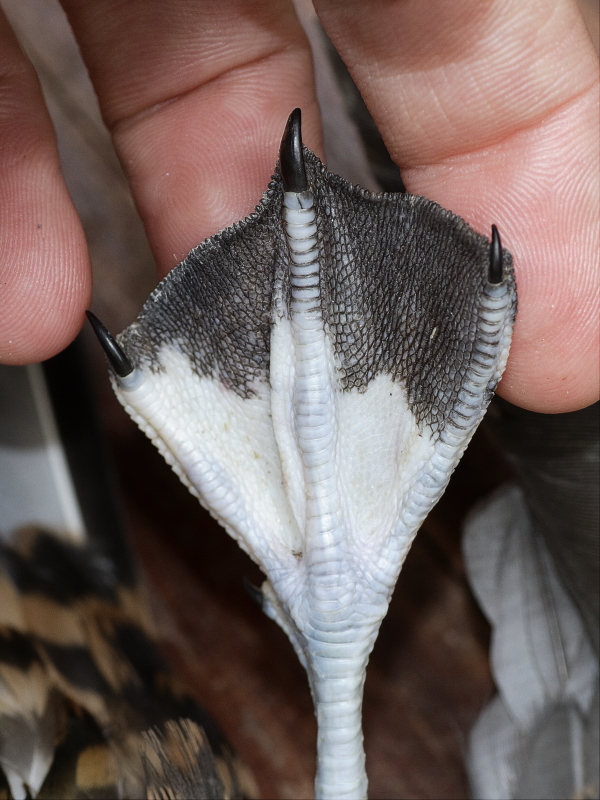 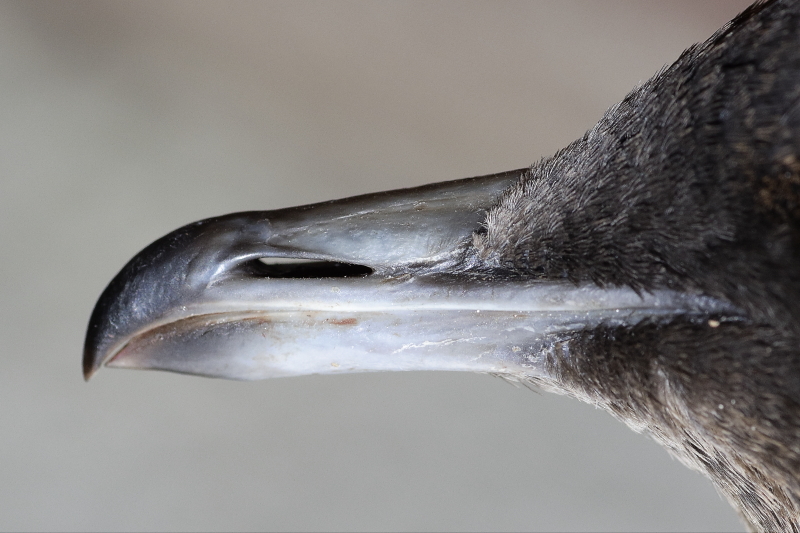 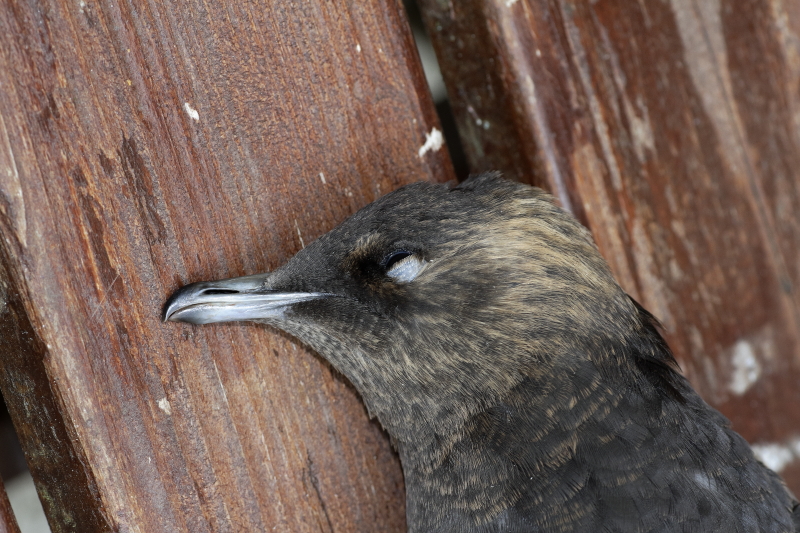 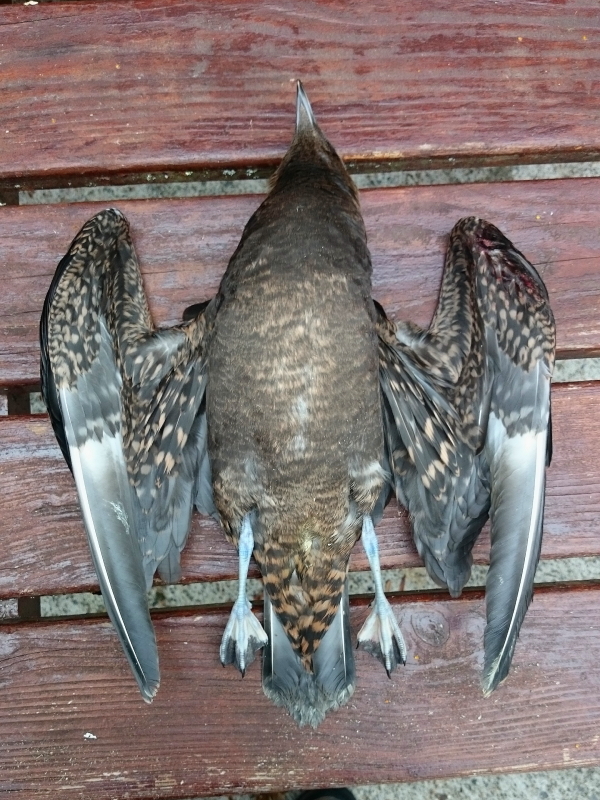 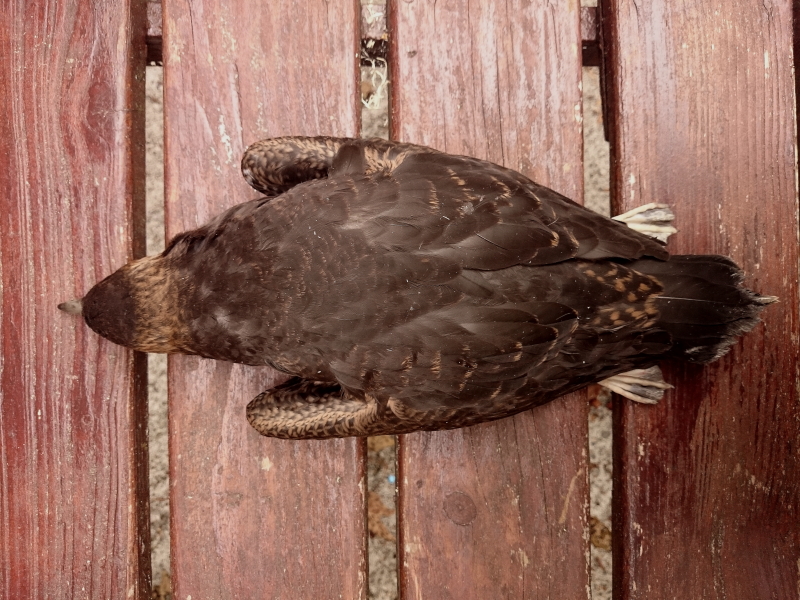 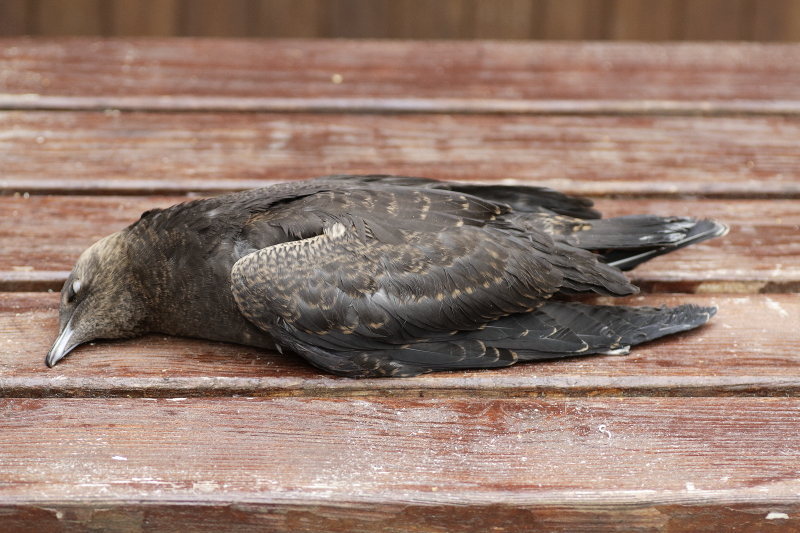