We were out on Inishark and the surrounding islands again during the week to carry out another count of Grey Seal pups. They seem to be having a good year. There were a couple of casualties recently though with one adult female and ten dead pups encountered. Many of these were in dangerous coves. We had a very large swell last week which combined with high tides and bad weather meant that some were trapped in these coves with no where to escape from the battering waves. Some of the younger pups may have drowned or become hypothermic as they are unable to survive for long in the water when young. The adult female looked like she was absolutely pummelled as she may have been trying to protect here pup.

As we landed on Inishark we saw two bull Grey Seals doing battle right by the slipway. They can be fairly ferocious when they go at each other. If you're of a squeamish nature then the photos below may not be for you! Both had numerous fresh battle wounds and blood was literally flying. They were obviously fighting for the right to mate with the females in the area. One of the males seemed to have the upper hand for most of the time. It was only on editing the photos for this post that I realised that this dominant male had a cataract or was possibly even blind in the right eye. I remembered the male with a similar damaged eye which we saw in the exact same spot back in November 2013 which had the GPS Phone Tag attached to his head. It had been caught in Brittany, France twice and on both occasions has made it's way up to Inishark for the autumn.
http://dermotbreen.blogspot.ie/2013/12/inishshark-27th-november-2013.html
When I compared my photos from November 2015 and November 2013. I was able to find at least three unique marks on the head which confirmed that it was actually the same male! He has earned himself quite a few more battle scars during the last two seasons. The tag is glued onto fur but is shed when the male moults each year. It must surely have made the same journey many times now although he obviously hasn't been tagged this year.

While I mention seals there was an interesting piece in the news about a week back which was reporting on research addressing the theory that seals compete with Irish commercial fish stocks.
http://afloat.ie/item/30438-seals-not-competing-with-commercial-fishing-stocks-says-new-research
The study was carried out by the Queens University Belfast, University College Cork and Marine Institute. They found that "seals are not threatening commercial fishing stocks in Irish waters, with the possible exception of wild Atlantic salmon". While they can cause damage to static fishing gear they have no significant negative effects on commercially fished species along the south and west coast of Ireland. As mentioned by the study the huge majority of Salmon sold in Ireland is now farmed which if run properly should be immune from the attention of seals. When they do cause damage to fish in nets it's usually down to just a few individuals who have learned about an easy source of food. Seals along with Cormorants have long been demonised throughout the world by fisher folk and I'm sure this scientific study will do nothing to change many minds in the industry here. I was at a talk a few years ago given by a fisheries officer who was suggesting a Cormorant cull while using a picture of Shag as part of the presentation - need I say more. When had a locally elected county councillor calling for cull and returning to "keeping the place clean" (paraphrasing) of seals not that long ago.
http://afloat.ie/marine-environment/marine-wildlife/item/19000-seal-cull-needed-on-west-coast-says-fg-councillor
Culling wildlife now seems to be the standard go to option for many in recent years even if the slightest issue arises e.g. Pine Martens, Badgers, "seagulls", Barnacle Geese, birds of prey, etc. God forbid we would actually look at the facts first, no, just shoot first and as questions later. 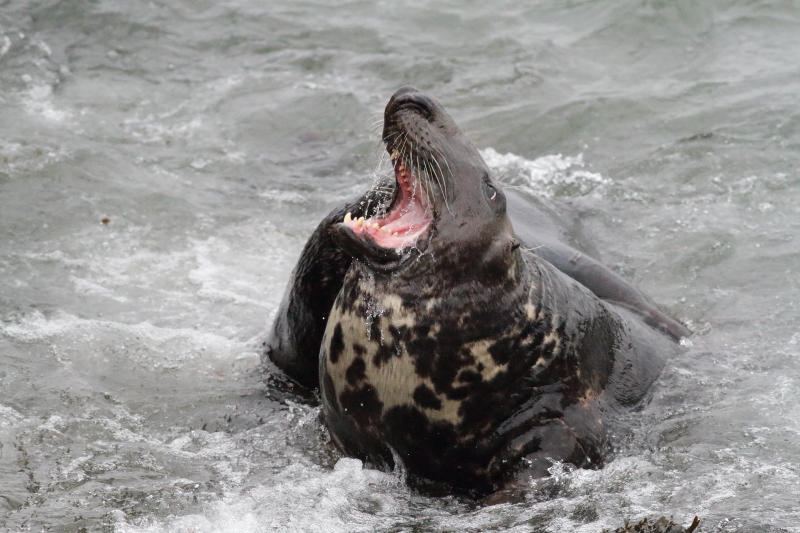 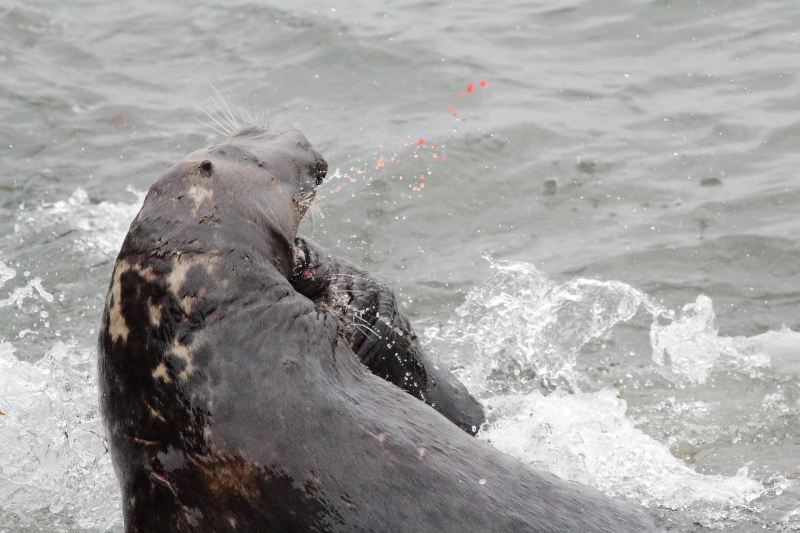 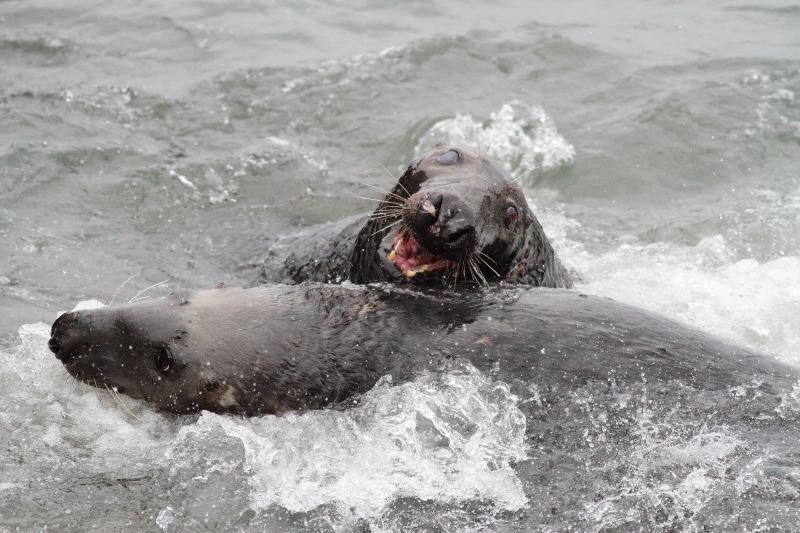 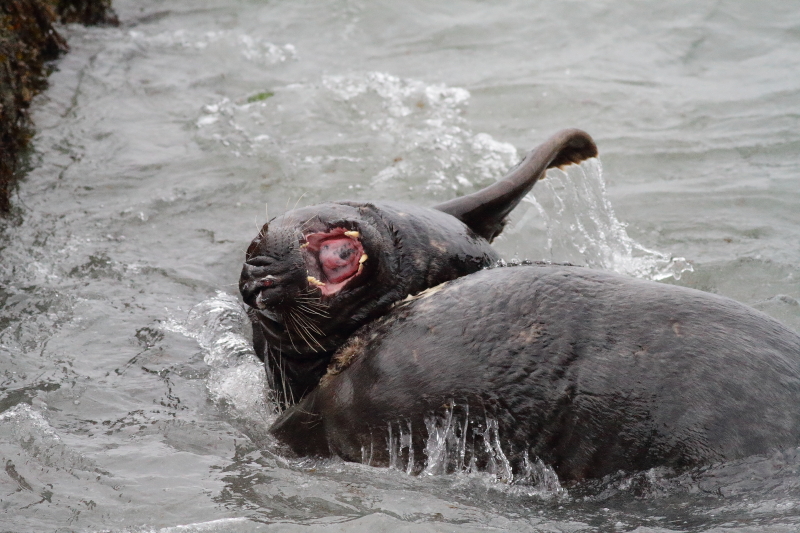 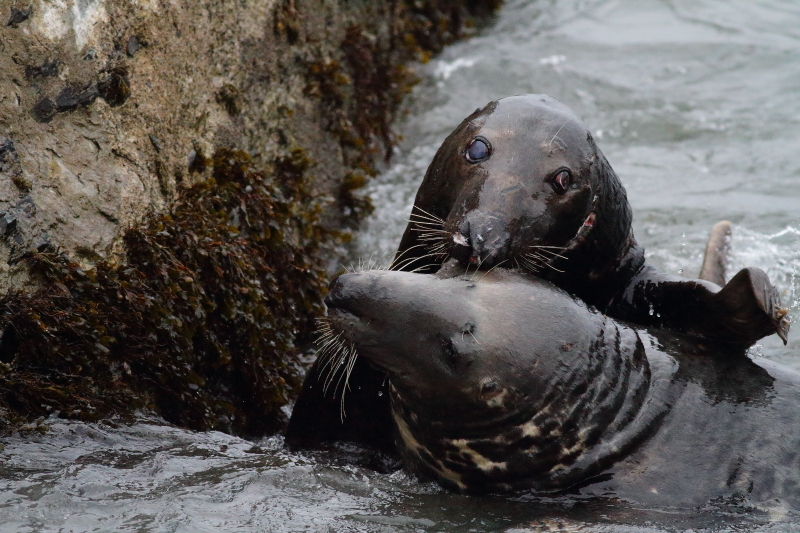 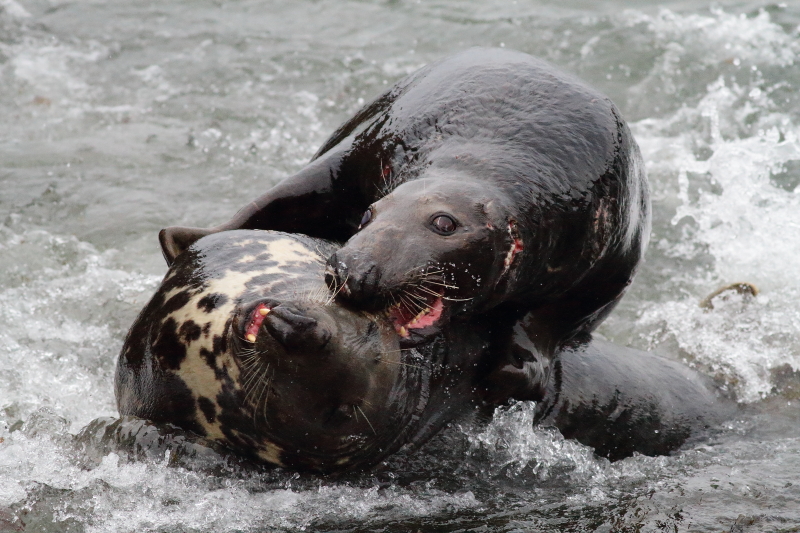 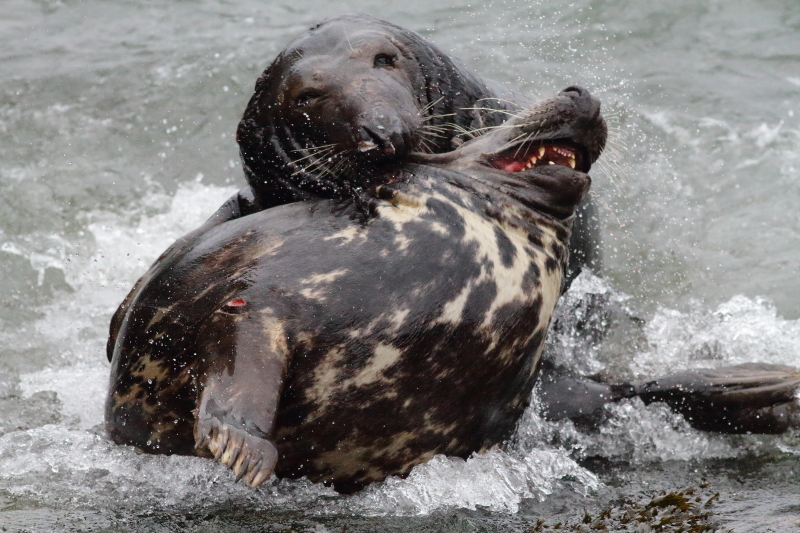