We had a few reports of a dead whale stranded out on Omey Island which apparently turned up on Wednesday. I only managed to get out this morning. The weather was really rough with gale force winds and near constant rain. The weekend is supposed to be actually worse which is a pity as I wouldn't mind seeing the showing American Bittern that's down in Cork at the moment.
The whale turned out to be a Minke Whale. As usual there were no obvious outwardly signs which would suggest why or how it died. It was in quite good condition. It looks like a fully grown adult male. Minkes are one of the smallest of the baleen whales and the only baleen whale that is regularly seen in inshore waters off county Galway. I've only seen one or two alive in the county. They have a distinctive white band on the pectoral fins and a prominent ridge running along the top of the head. This is the first stranded Minke Whale that I've seen here. 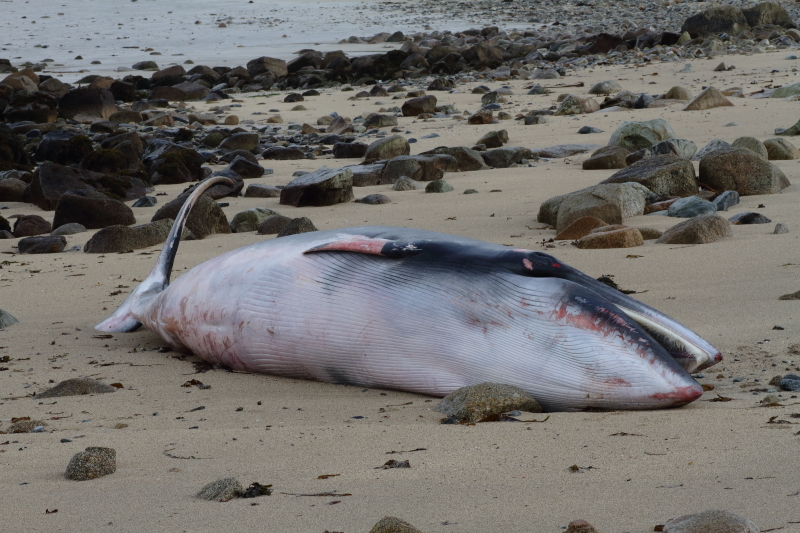 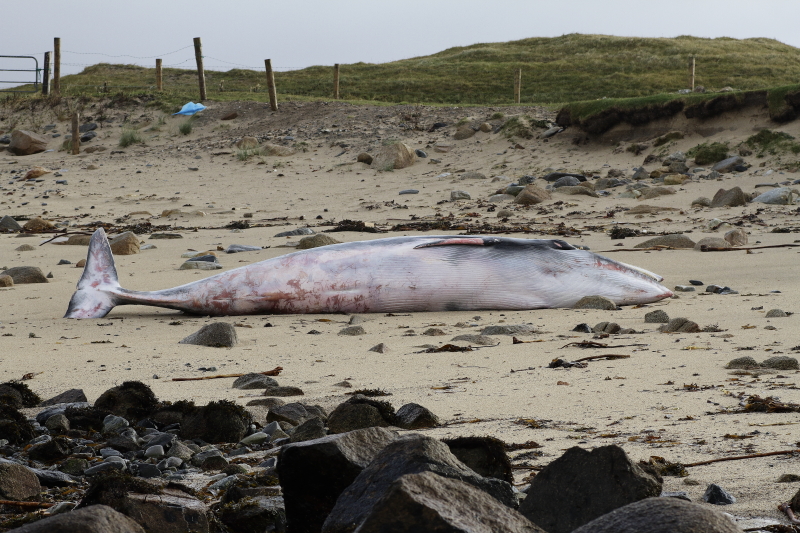 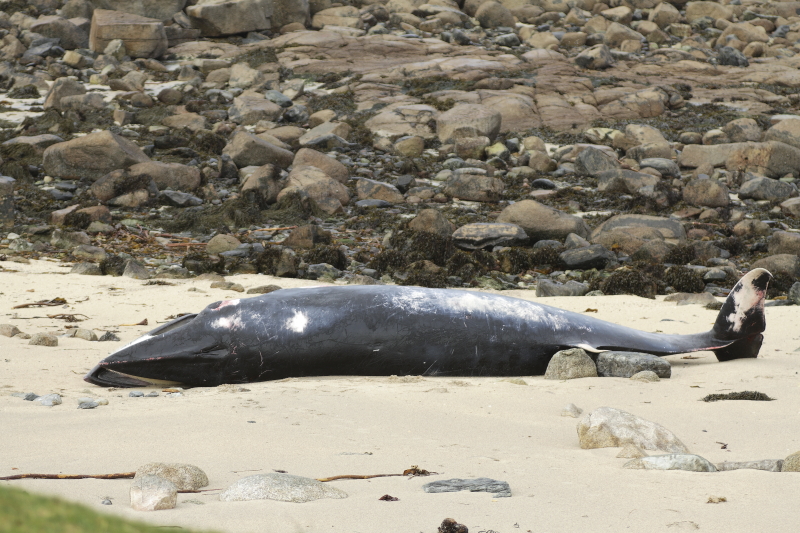 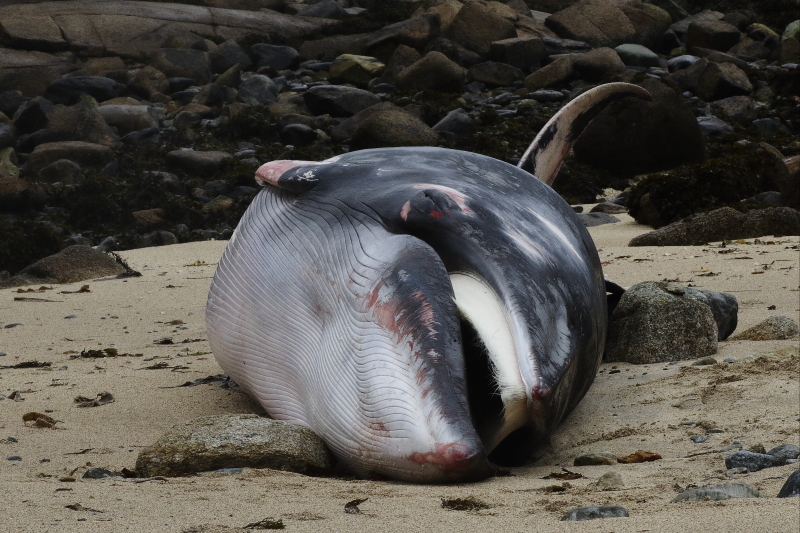 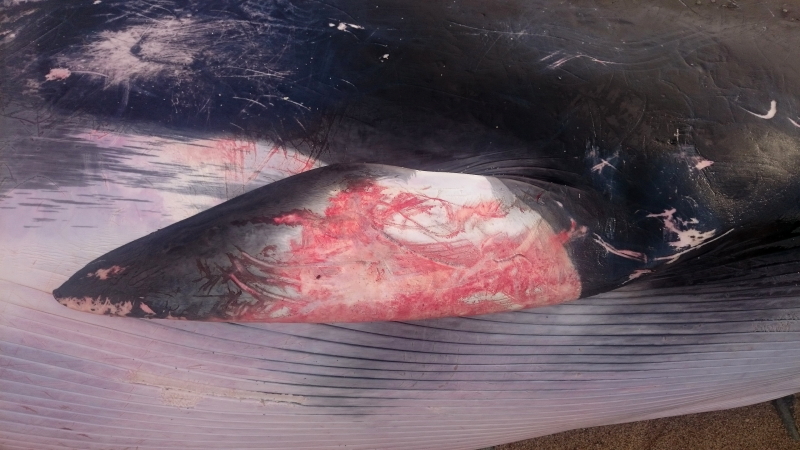 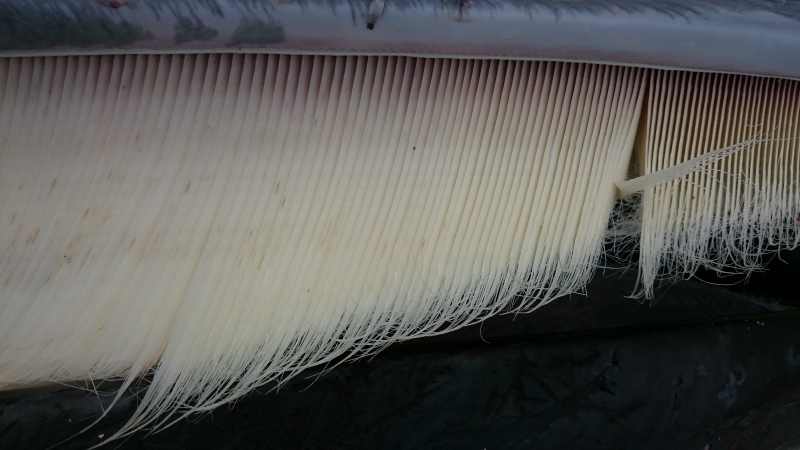 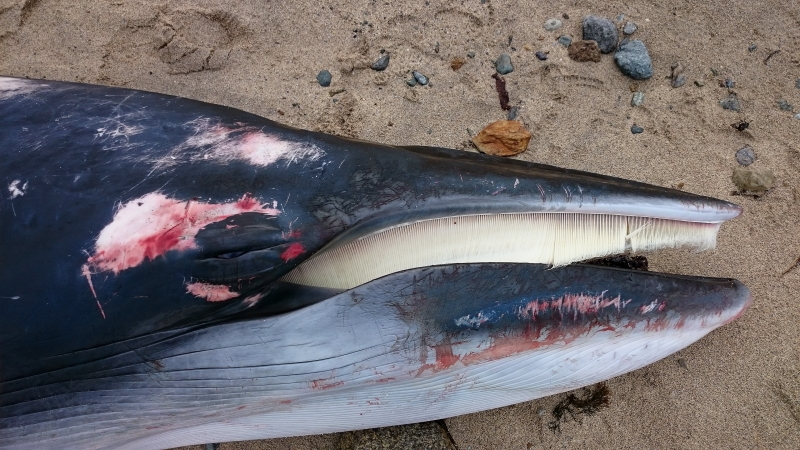 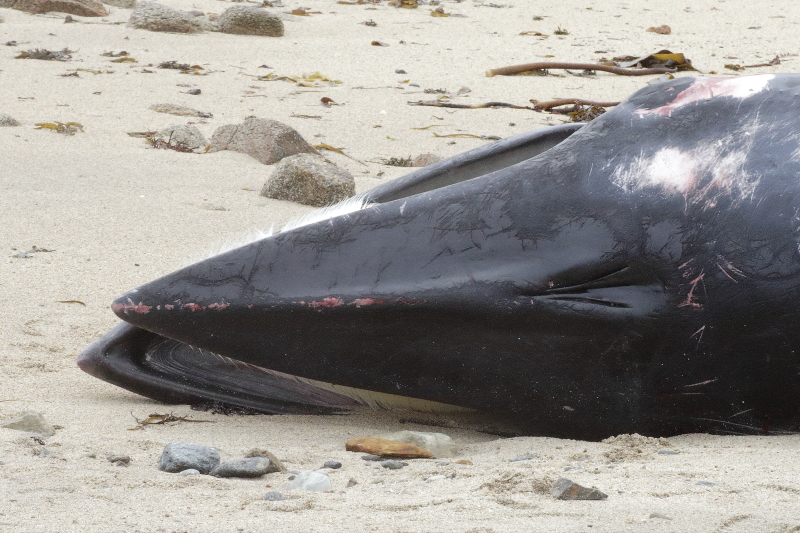