I first found this lovely looking first-winter Kumlien's Gull in Rossaveel Harbour last Monday evening. The light was rapidly fading which meant for some extremely poor photography conditions. Even in the poor conditions it looked like an impressive gull. My first views of it was of sitting on top of the fish processing factory and it was face onto me. The gorgeous near solid dark velvet chocolate brown coloration on the head and breast gave off a distinct New World odour, almost smiths-like. I returned two days later to try for better shots. It was in the very same spot and quickly came into bread. The wind was near gale force on the day which along with my position made it very difficult to get good open wing shots and the bird would always fly straight towards or away from me. I don't often see first-winter Kumlien's as dark as this. I've included another dark first-winter I had at Clifden Harbour back in January 2009 for comparison. 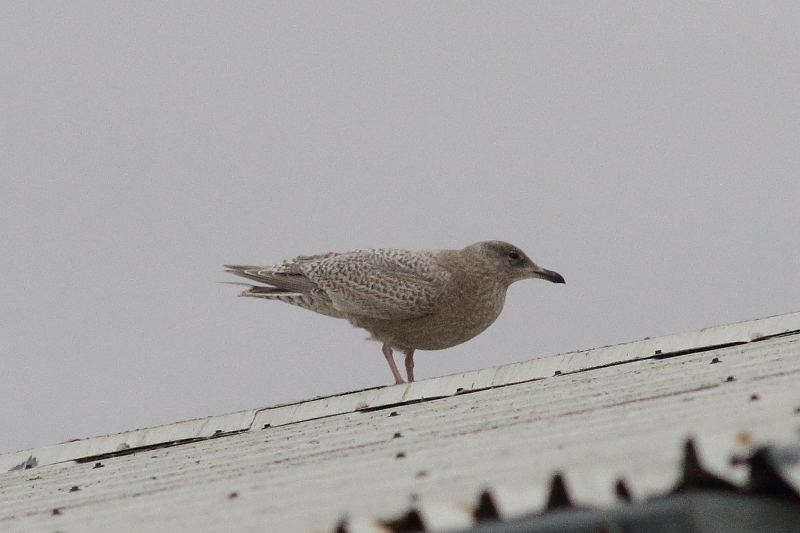 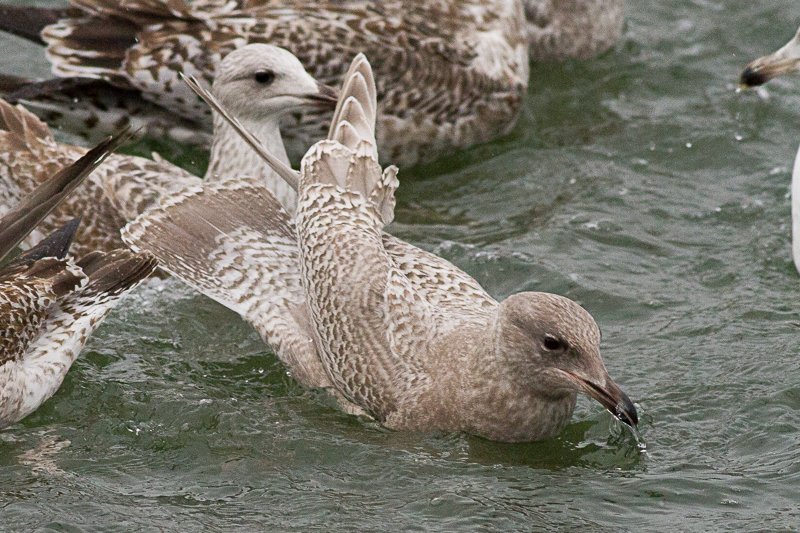 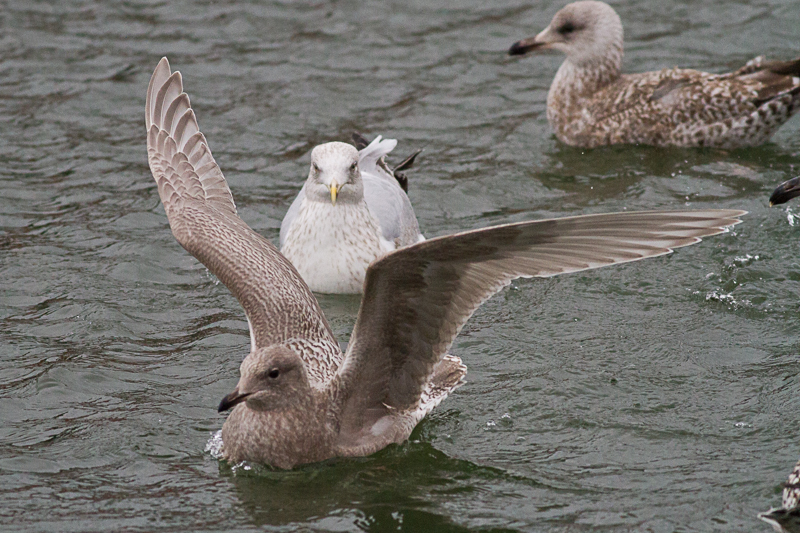 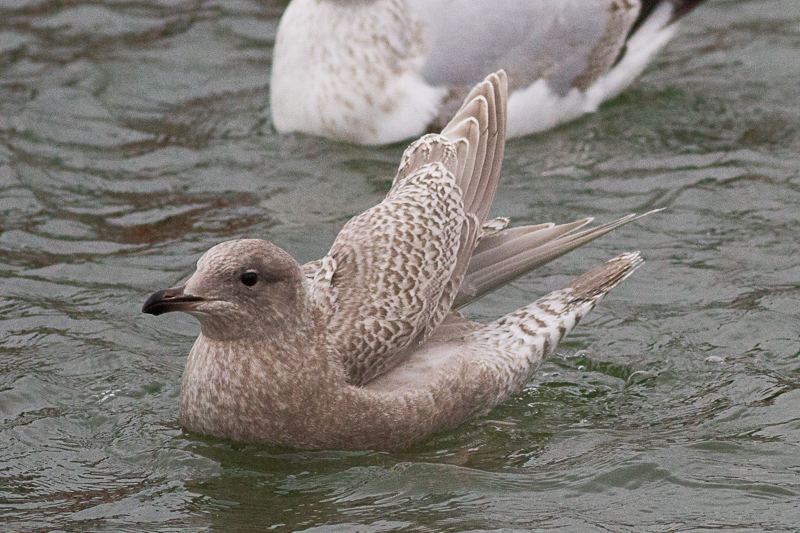 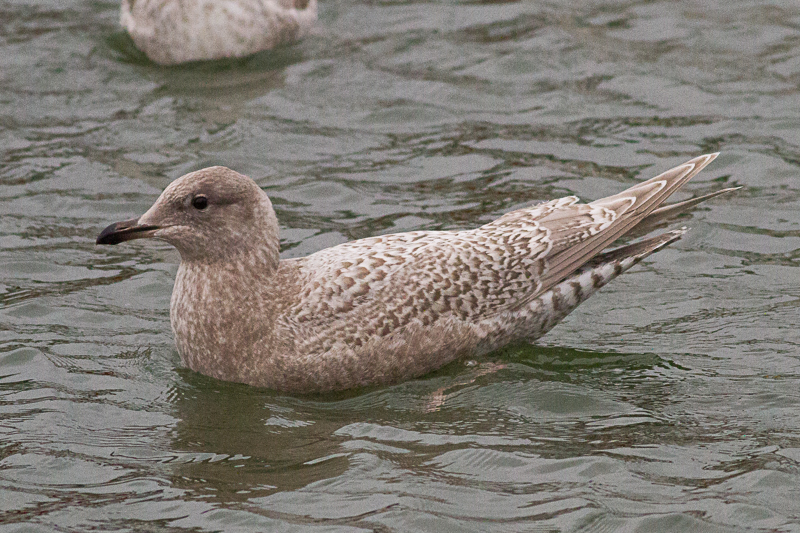 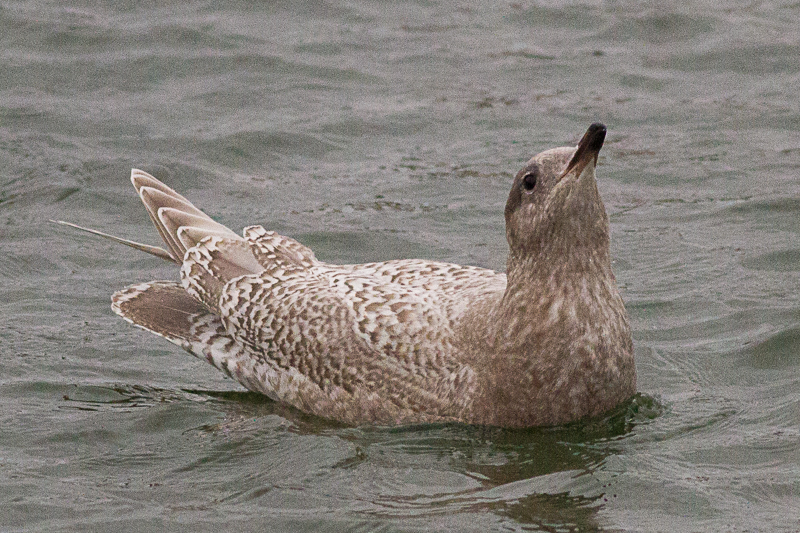 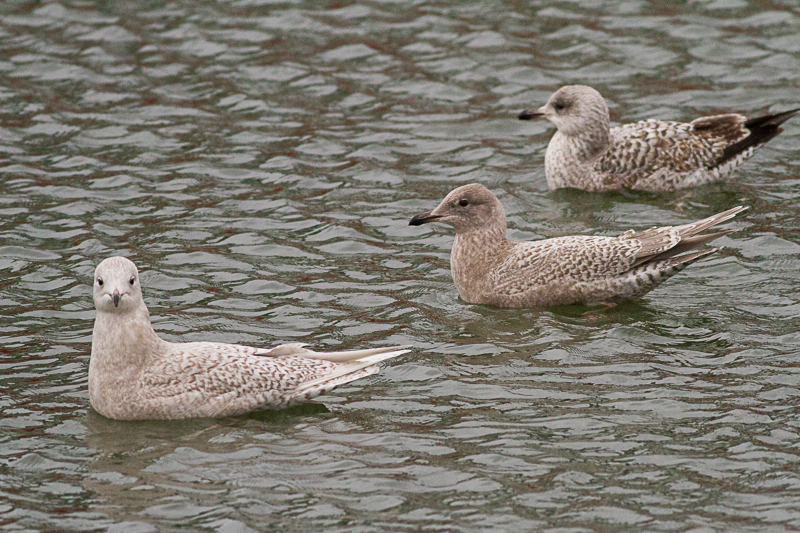 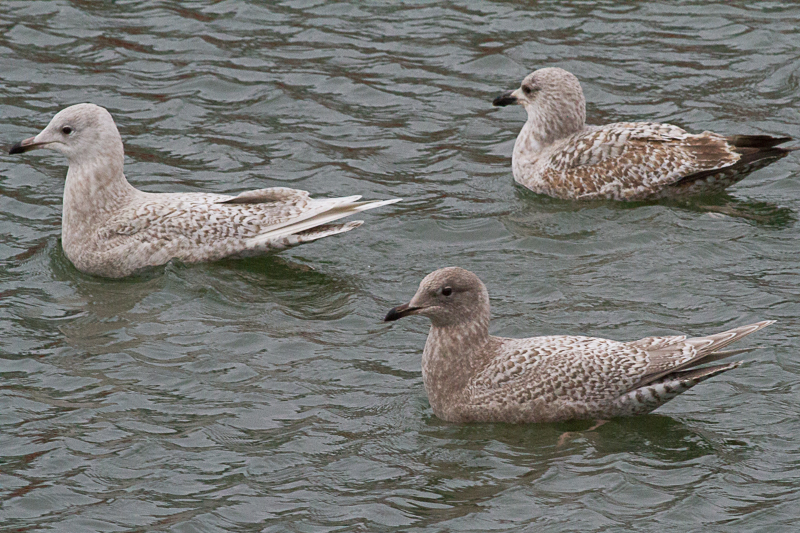