It was goodbye to Patagonian and back out onto the open sea as we left the mouth of the Strait of Magellan and began to make our way to our next and final destination San Antonio. On our way north we unfortunately weren't very far offshore, on average 50km from the mainland. It would have been more ideal to be a bit further offshore. However it was far from quiet and we had a very impressive combined list for the day, including 18 tubenose species. These included lifers in the form of Buller's Albatross, Westland Petrel, Pink-footed, Buller's Shearwater and Common Diving-Petrel. The commonest diving-petrel inside the Magellan Strait was unsurprisingly Magellanic Diving-Petrel whereas Common Diving-Petrels took over outside of the strait. These two species were a little difficult to get proper views or photos of as they tended to spend most of their time sitting on the water and would fly off well before the ship got close. Their tiny size also made things challenging.
Another good day for albatross with our first obvious candidates for Antipodean and Northern Royal Albatross. At one stage we had 50 wandering albatross following behind the boat. Most were way back off the stern. As they vary so hugely the majority are very difficult to pin down to species. 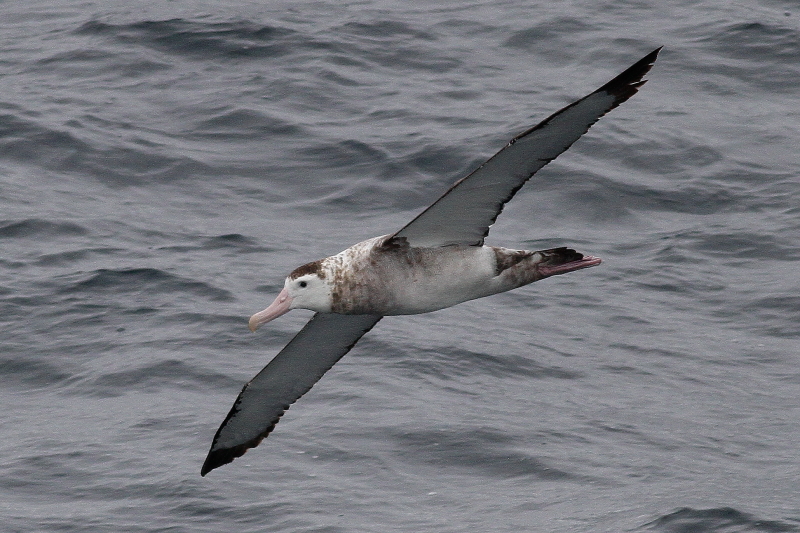 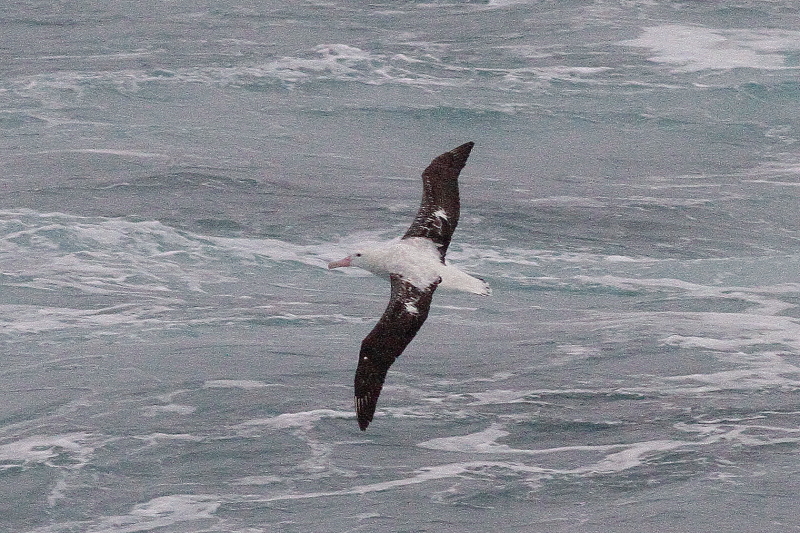