We arrived at Ushuaia first thing in the morning of the last day of 2019. This was our last day in Argentina, it would be all Chile from here on out. We were onshore from about 0700hrs and we back on ship at 1500hrs. The pier at Ushuaia is big enough that we could dock here without the use of tender boats. Ushuaia is the main port of departure for the Antarctic. We saw the National Geographic Orion tied up at the pier. We had encountered her down at Arctowski Research Station a few days previously in the Antarctic. Also moored in the harbour were two Greenpeace ship - Arctic Sunrise and Esperanza. The weather conditions were very pleasant at around 10 degrees Celsius and remained dry and bright all day. Even though it was relatively cold we still encountered Mosquito type insects in the National Park.

Our guide for the day was Esteban Daniels https://www.birdingushuaia.com/
We spent most of the day inside Tierra del Fuego National Park. We were also joined by Henry Griffin who was travelling with us on the Coral Princess. The species diversity was a bit on the low side notably in the woodland but most of these were still lifers and we got some nice quality species such as point blanks views of an Austral Pygmy Owl at eye level perched right by a trail, Ashy-headed Geese, Fuegian Steamer Ducks, Andean Condors (several birds seen passing high overhead, we would get much, much better views later in the trip), a pair of Magellanic Woodpecker giving great views and Austral Parakeet the most southerly based parrot in the world.

We finished up with a trip to the city dump. Visits to dumps along with sewage treatment plants are a must on most birding trips. The reason for this rubbish dump trip was to catch up with White-throated Caracara which we saw several of. Also present were the two other much more common caracaras - Chimango and Southern Crested. These were the only White-throated Caracaras of the trip for us.
There was a bit of hold up at the entrance to the pier as there was a large crowd of mostly tourists and locals queuing for sight-seeing boat trips. I thought we were running late until we were back on the boat for nearly an hour when I saw three running for the boat who made it in just the nick of time. I'm sure some folk are left behind at some of these spots on a regular basis. As we were leaving I picked up a pair of Southern Crested Caracara finishing off a sick/injured Kelp Gull along the shoreline. Tooth and nail stuff in Ushuaia!

After we departed Ushuaia, we headed towards Punta Arenas, Chile by travelling west along the Magellan Strait which had large numbers of Giant Petrels, Black-browed Albatross and Imperial Cormorants. Along this stretch we passed a number of glaciers on the adjacent land. You could see how many were actively in retreat. A zone of bare exposed rock was visible between the glacier face and established forestry lower down on the slope. 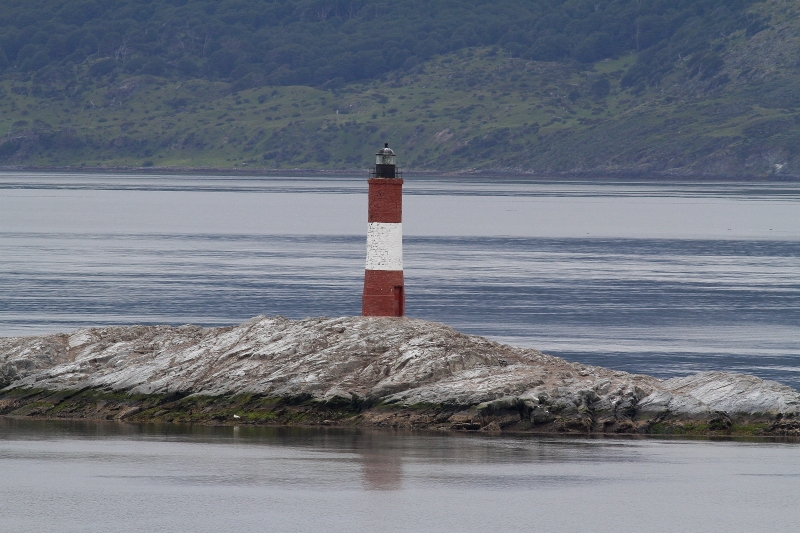 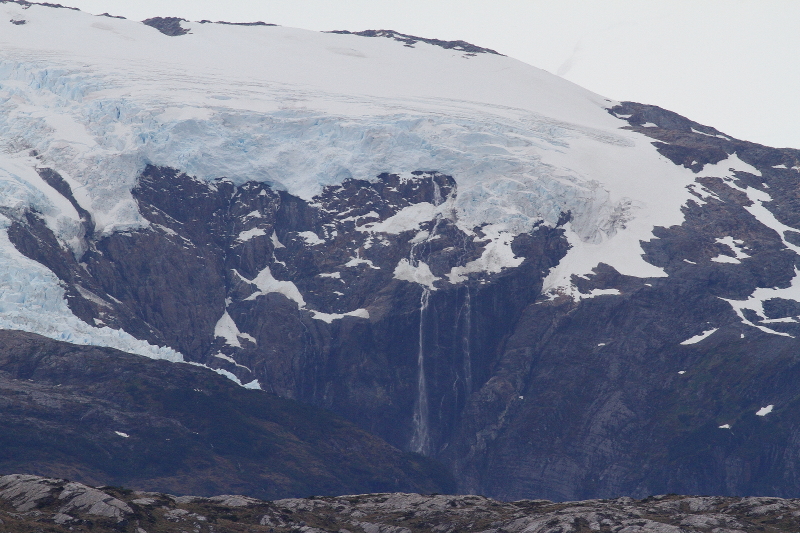 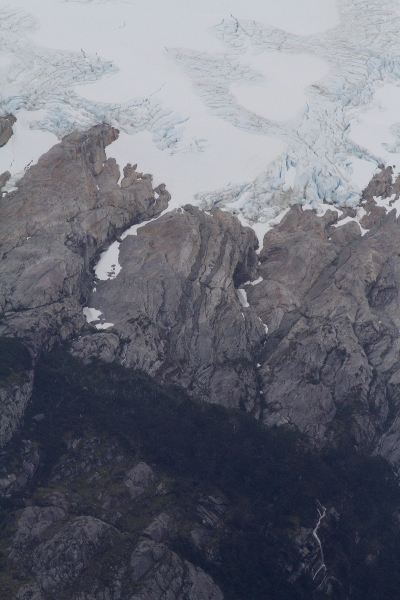 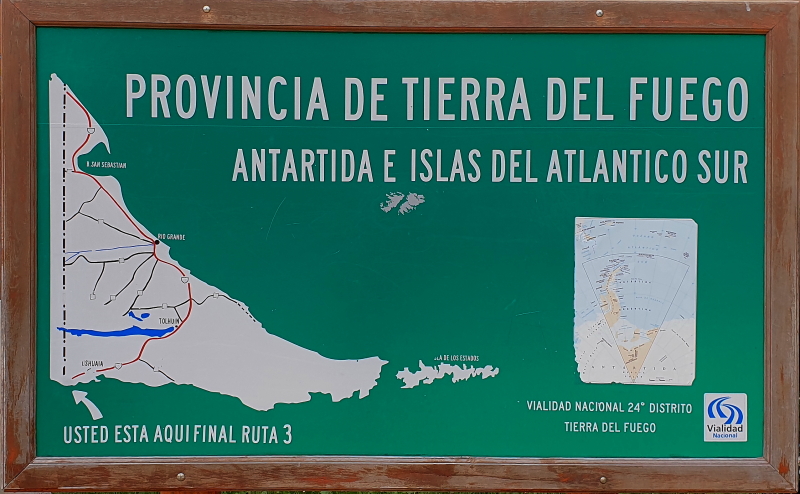 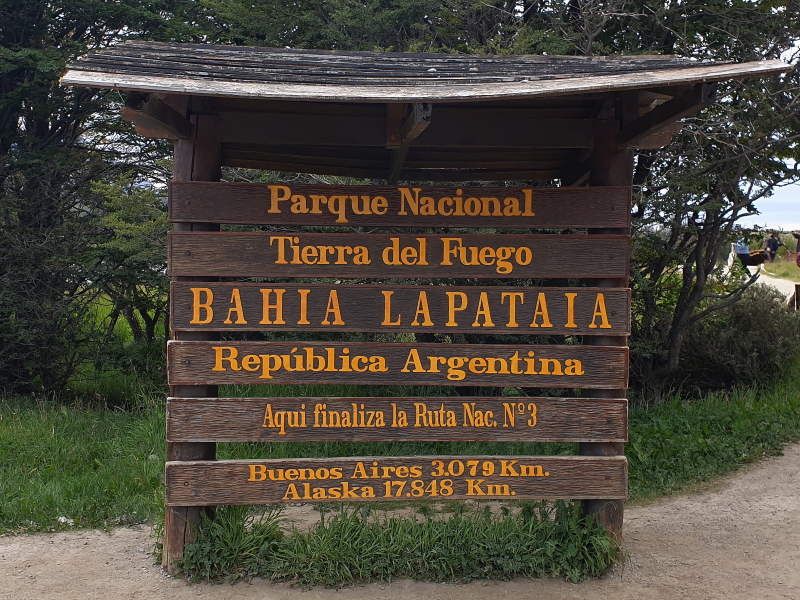 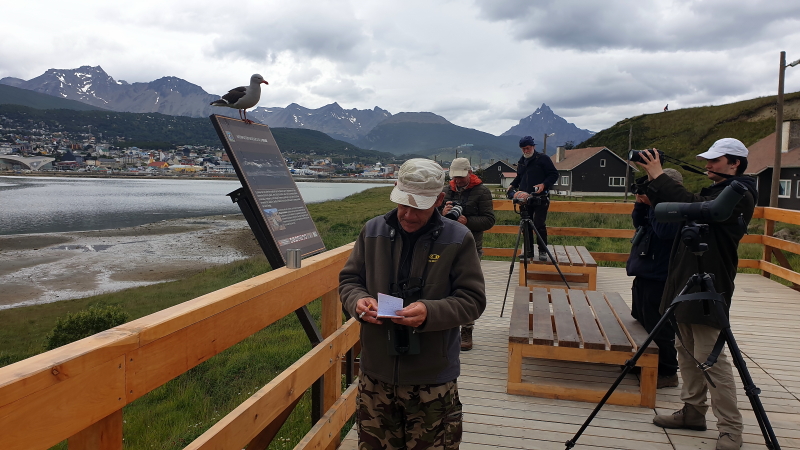 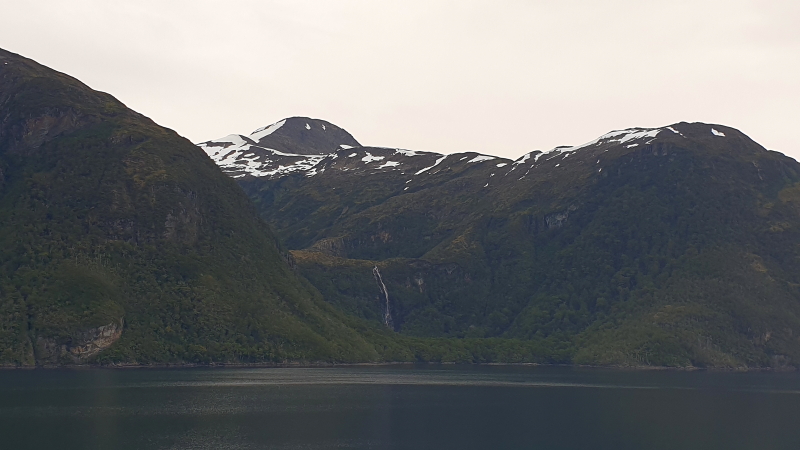 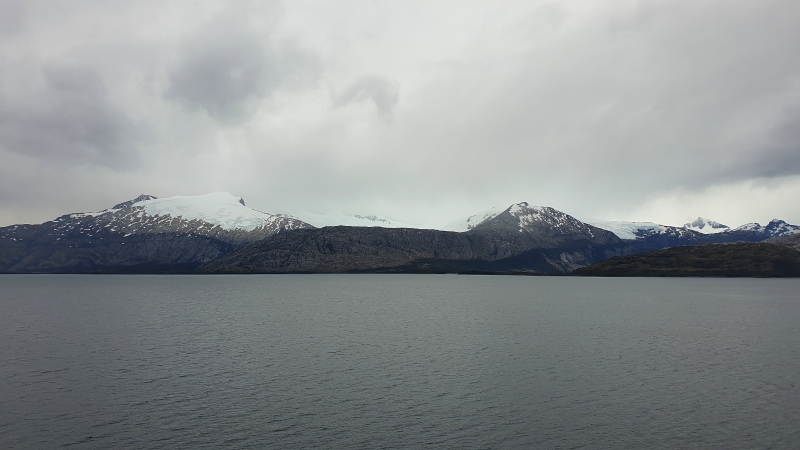