Started off the day at Nimmo's with low tide at around 9.30. Reasonably quiet. Three Sandwich Terns down on the beach and still no sign of the Forster's. The latter has spent the entire winter down around the Kinvara - Doorus area. Why it's suddenly decided for the first time not to come the 10km north up to Nimmo's in its 9 years is a little strange. 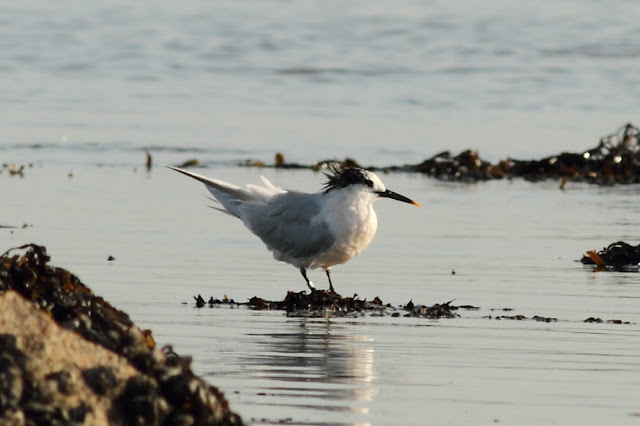 One of three Sandwich Terns. 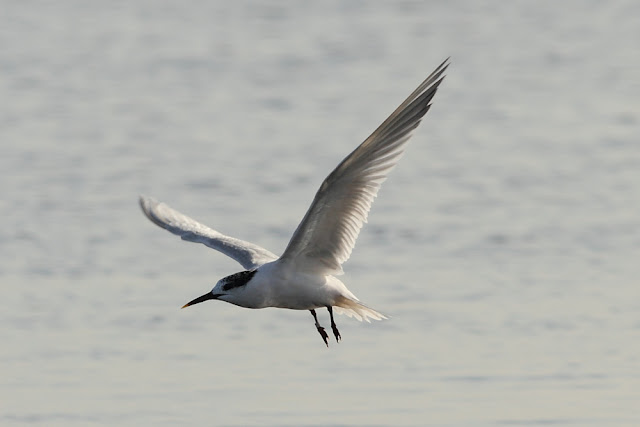 Would be great to get the ring number from this bird.
﻿
Inside at the slipway there were there usual suspects - three adult Ring-billed Gulls (two at least even longer stayers than the Forster's) along with four first-winters and an adult Iceland Gull. 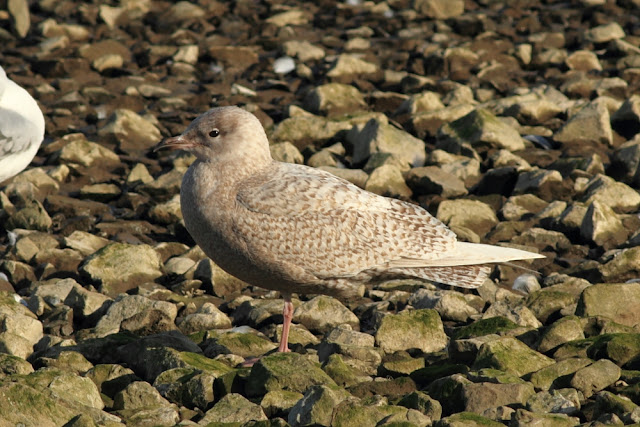 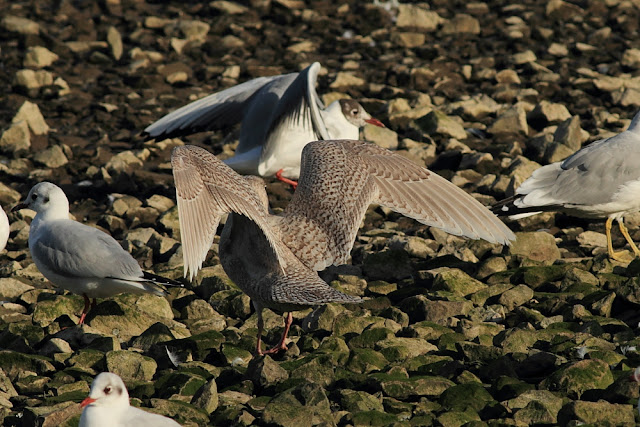 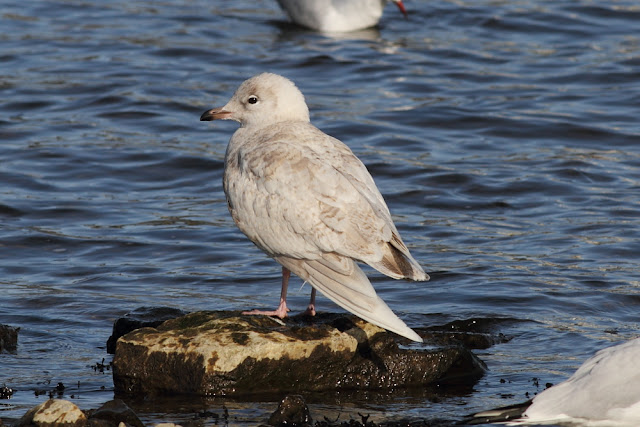 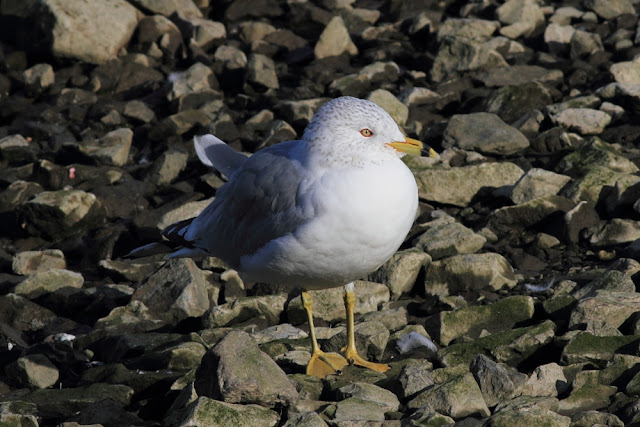 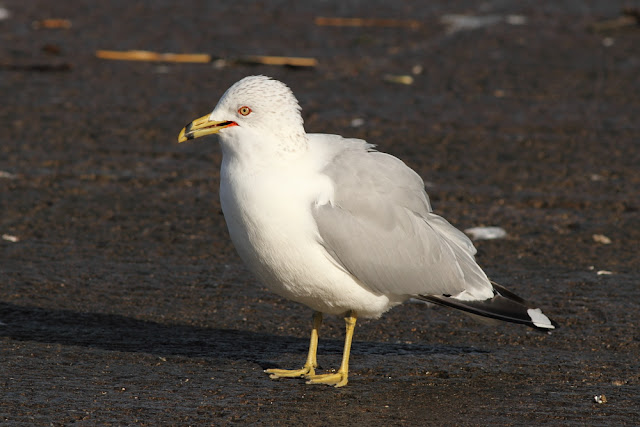 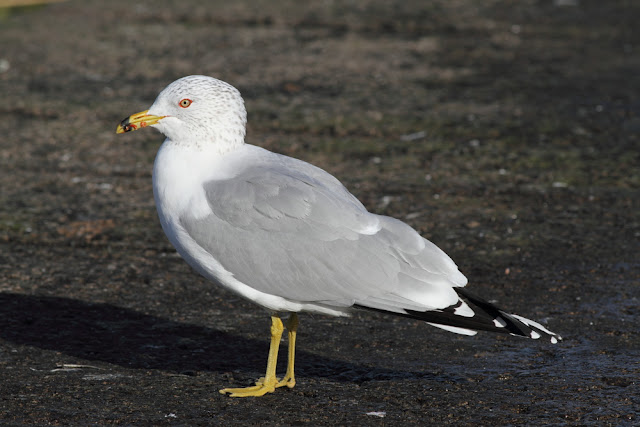 I headed﻿ north from here after quickly checking on a dead Waterside. Next stop was Belclare Turlough. Great light with good numbers of duck present. The water levels have dropped a wee bit as it had at Rahasane last weekend. Came across a male Green-winged Teal on the far side of the lough from the bird hide. It promptly disappeared but I later had it from the school. I had a Green-winged Teal here back in January 2000 and again last winter. I wonder has it been the same bird returning all these years? Like Rahasane there are several hundred Teal here each winter with a multitude of wetland sites in the surrounding area for it to slip quietly away. 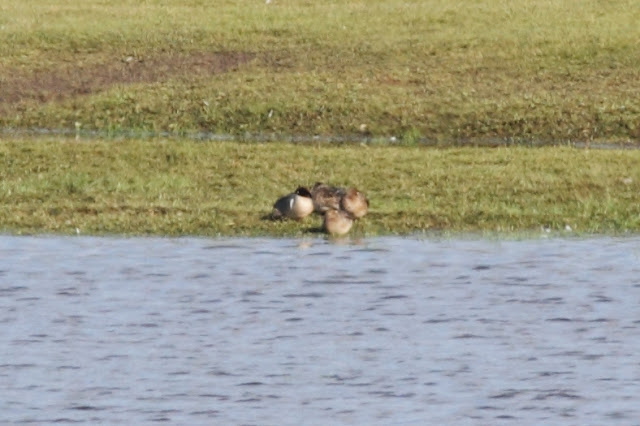 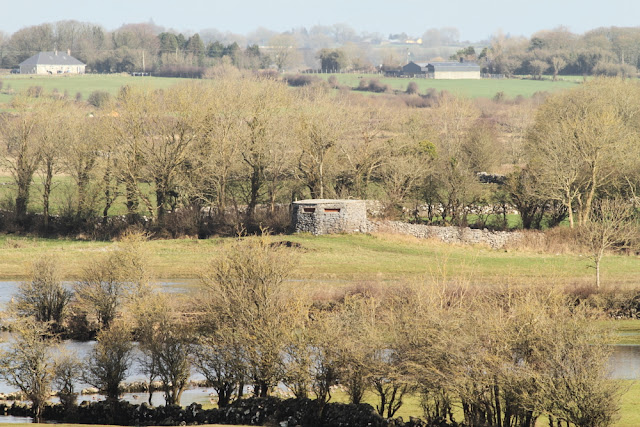 Bird hide at Belclare Turlough, runner up in the most uncomfortable bird hide awards.
﻿
Rostaff Lake on the Galway/Mayo border held rather low numbers of duck however. Still good numbers of Shoveler present with a few Greylags in the adjacent fields.
Last stop of the day was to the Pallid Harrier site. It had be a nice mild day up to this point but standing in the one stop for two and half hours doesn't do you any favours. Had the same flock of 40 Greenland White-fronts flying over and landing only about 500 metres away where they completely vanished thanks to the rank vegetation. 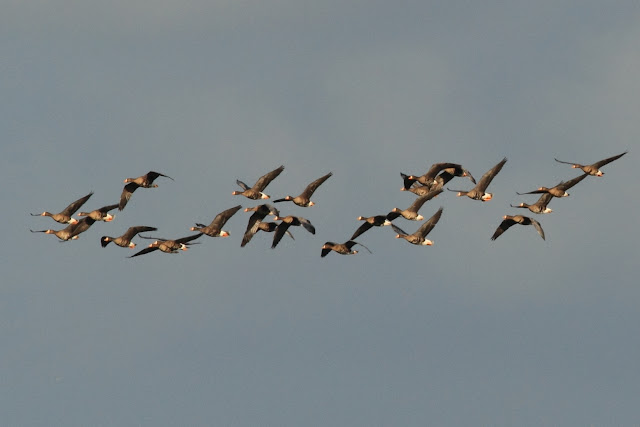 ﻿Aonghus and Mike joined me later and over the course of the evening we had the Slieve Aughies wing tagged adult female, an un-tagged adult female, an adult male Hen and last to show was the Pallid. Too far to get any shots unfortunately. Hoping to get some decent pics during the week. I've returned numerous times for the Pallid as I know it'll be a long time before I see one in Galway. To date besides Aonghus and myself only four people have gone for this bird with only two of those being successful.