Not long back from an eleven day trip to Georgia and Armenia. I went with Garry Armstrong, Davy Steele, Wilton Farrelly and Ian Graham where we spent three full days in the Kazbegi area of Georgia. From there we moved South into Armenia where we picked up Paul French who joined us for the rest of the trip.
The trip got off to a disastrous start for me as my Canon 7d had a very nasty fall from the back of the bus when leaving Tbilisi airport in the early hours of 1st May. It along with the 400mm lens was out of action for the duration, a very sickening feeling.
So anyway I had to make do with a little bit of good old fashioned digi-scoping, not quite the same but better than nothing I suppose.

We managed to get two the main target birds on the first day -Caucasian Black Grouse, Caucasian Snowcock. I haven't had much luck with some alpine species in Spain and Morocco in the past so it was good to finally see Alpine Chough, Alpine Accentor and White-winged Snowfinch.
The Georgian part of the trip was timed to coincide with a low snow line which normally comes right down to the village of Kazbegi/Stepantsminda and with it Great Rosefinch and Güldenstädt's Redstart also have to come down with it. However there wasn't much snow this winter in the area and with the Spring melt, the snow line was up around the 3000m mark unlike the normal 2200m. Paul had both species in the village while leading a Sunbird tour here the previous week but no one had seen the redstart during the whole week we were there and only a handful of rosefinches had been seen down low.

We hiked up to 2900m on the second day to see if the two species had retreated up to the higher elevations. After a bit of searching we managed to track down 6 - 8 Great Rosefinches which gave distant but prolonged views. The males were amazing looking things. Despite much searching and upteen Black Redstarts (both semirufus & ochruros) we just couldn't kick out a Güldenstädt's. Other good birds seen over the course of the three days included several Lammergeier (cracking birds & WP tick), Golden Eagle, Alpine Swift, Crag Martin, Horned Lark, Water Pipit (very common), Rock Thrush (another WP tick), Mountain Chiffchaff, Wallcreeper (feeding on a four feet high stone wall in the village of Kobi), Lesser Grey Shrike, Red-fronted Serin and Rock Bunting.

I'll update the blog in the next while with the Armenia part of the trip. 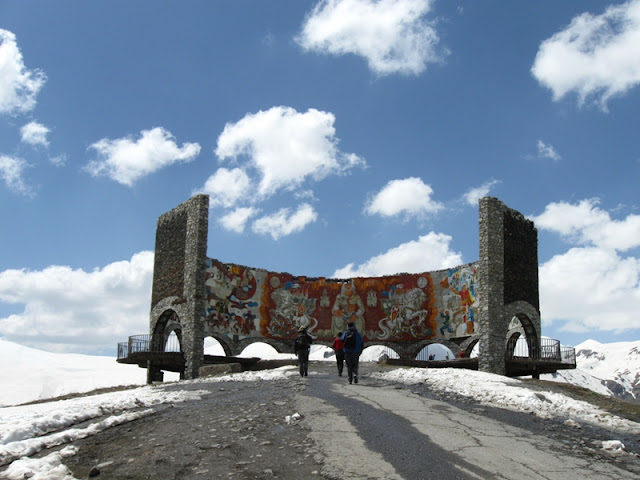 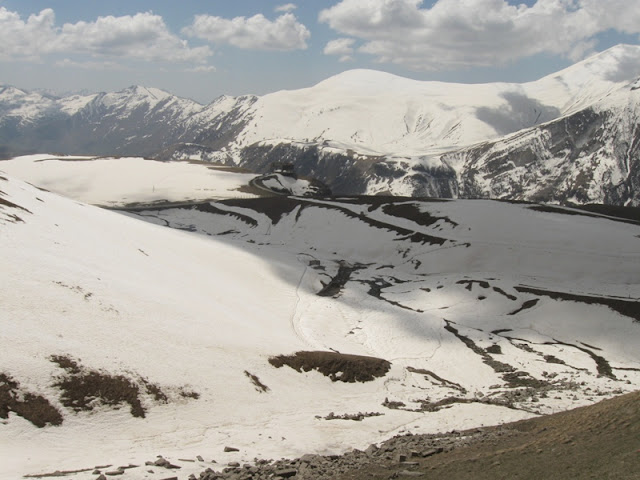 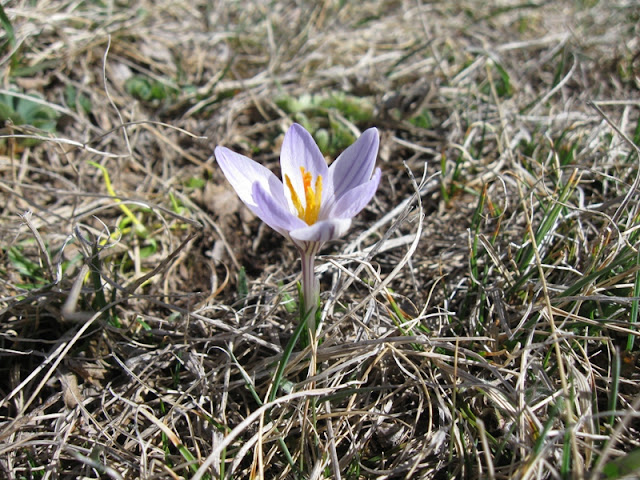