Every September I get a few calls about strange "seagulls" in peoples back gardens, more often that not in Clifden town. Nearly without exception they turn out to be Manx Shearwaters.
The main breeding colony in Galway is on Cruagh Island which is located West of Omey Island.
The first and only complete census was undertaken during the Seabird 2000 survey when 3,286 pairs were recorded using the playback method. Amazingly the colony was completely unknown up to this point. They only visit their underground during the hours of darkness so they can easily remain unseen to most visitors to the island during the daytime. Its a common sight to see a few dozen dead shearwaters shattered around the island during the summer and are most likely predated on by Great Black-backed Gulls. While it does look very bad it's all part of the natural life cycle of your typical Manx Shearwater colony and with at least 7000 adult shearwaters present, the rate of mortality amongst adults is very low in relative terms.
A lot of the young are now leaving their nest burrows and get disorientated by the lights of Clifden town at night.
I came across one in the middle of the main street of Clifden on Saturday night and managed to rescue him. Doubt he'd last too long there between cars, cats and dogs. They find it virtually impossible to get airborne in enclosed spaces. I subsequently got two calls about two other shearwaters stranded in peoples back gardens in the town. I released them all out along the Sky Road where they have a much better chance of reaching the open sea. However as I released the bird below he promptly flew up to about 100 metres or more and headed back East inland! There's only so much you can do and hopefully he managed to reorientate himself. 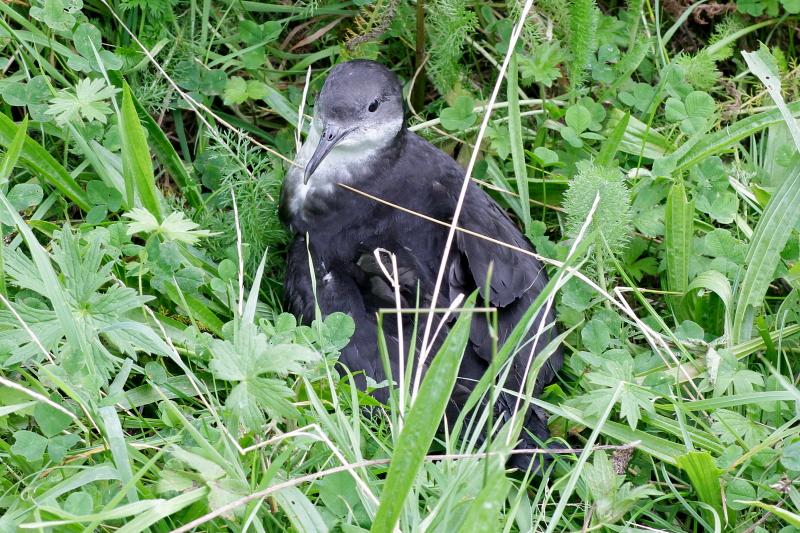 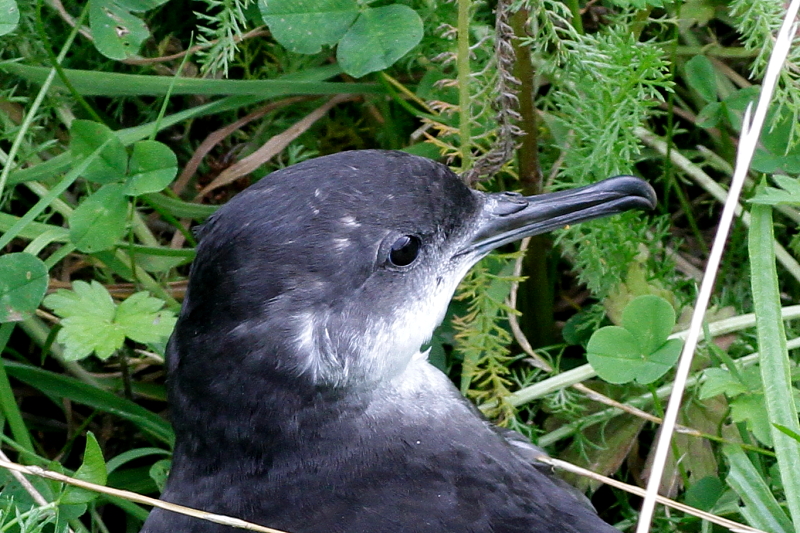