This male Fin Whale live stranded on the Keel beach on Achill Island, Co. Mayo on Christmas Eve. It died shortly afterwards. It's about 17 metres long. Unfortunately when an animal of this size accidently/purposely strands itself there's nothing that can be done practically to save them or even humanely dispatch them (though I think I heard of a technique in USA where they sometimes apply shaped explosive charges to the heads to euthanize stranded large whales!).
A bit more information on this stranding here on the Irish Whale and Dolphin Group website http://www.iwdg.ie/index.php?option=com_k2&view=item&id=2450:fin-whale-live-stranded-on-achill-island
The weather was absolutely horrendous as it has been almost without fail here now for two weeks straight.
Less than a 100 metres away from the Fin Whale there was also a dead Common Dolphin, an amazing coincidence. It had washed up dead two days previous to the Fin Whale. Cetaceans of this size can be refloated but usually when they strand themselves they are normally in very poor health or even terminally ill. I've heard of horror stories of people who try to refloat large cetaceans by pulling them back into the water with machinery, only to break their spines or seriously maim the poor animal in the process. 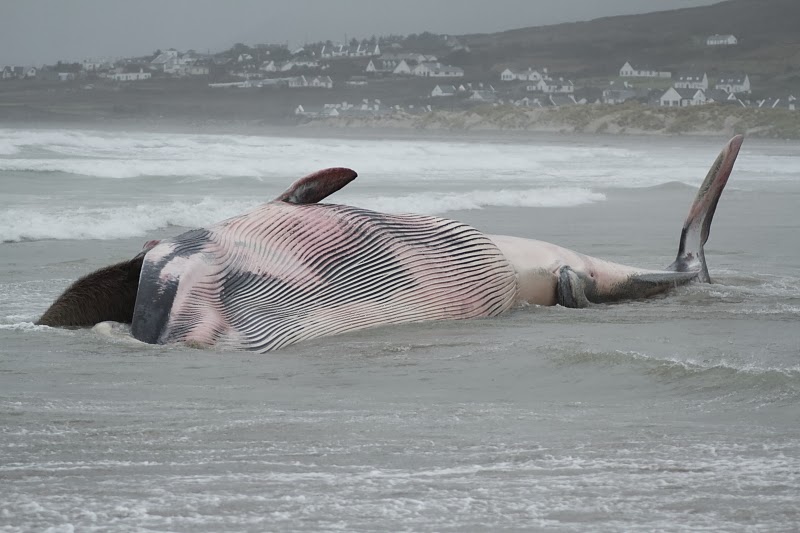 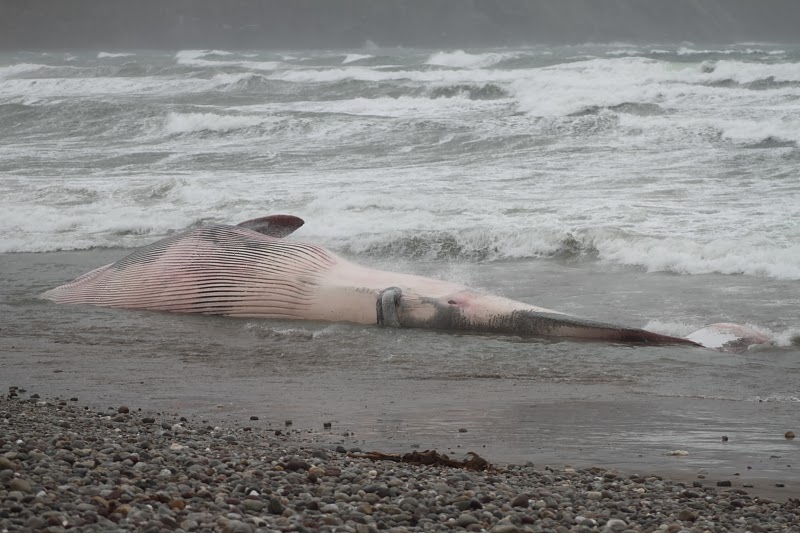 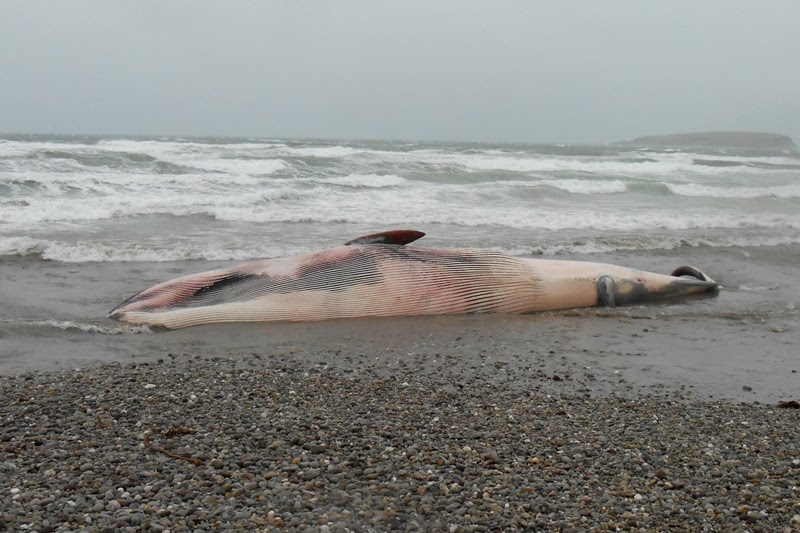 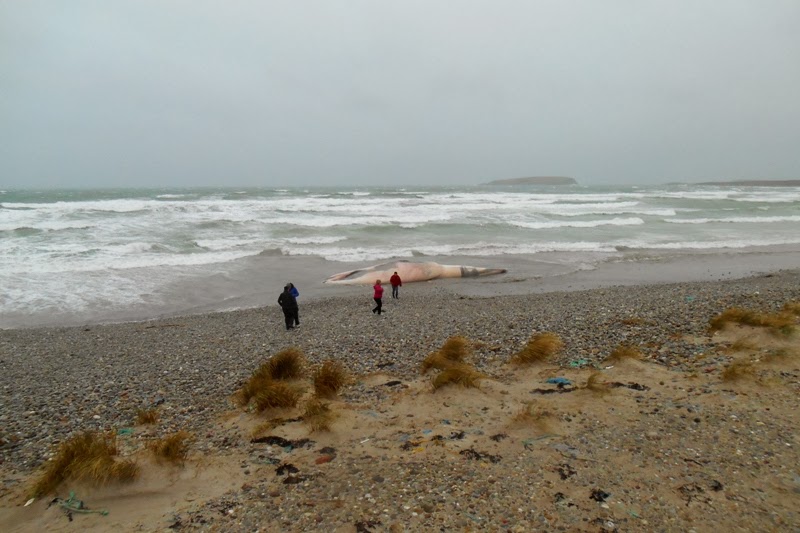 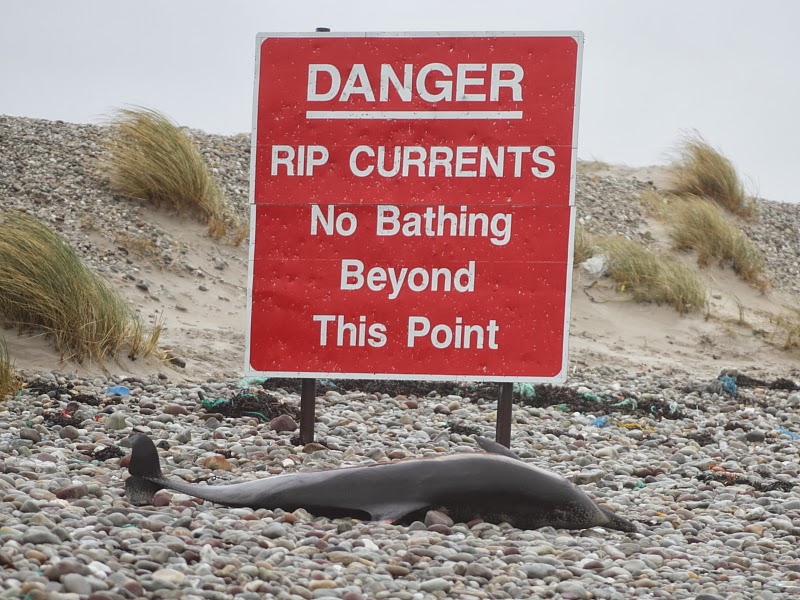 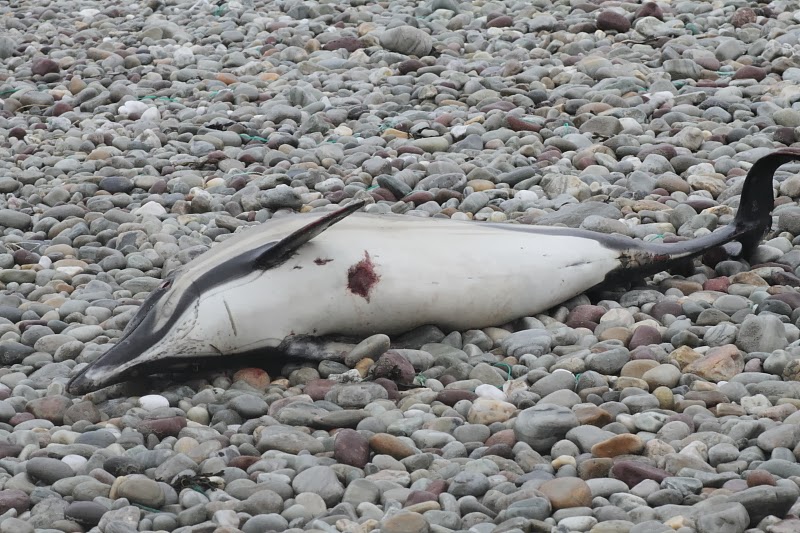