While in Achill on Sunday this adult Glaucous Gull was feeding on titbits coming off the Fin Whale. It wasn't too concerned about the people who were there to see the whale. It's a pity it wasn't a Ivory Gull though! The weather was atrocious but at least it showed at close range. I think this was the first Glaucous Gull I've seen this winter, don't think we've had any yet in Galway so far, should be a few on the way shortly though.
The long staying/returning drake Ring-necked Duck was also at Lough Doo on the NE corner of the island. 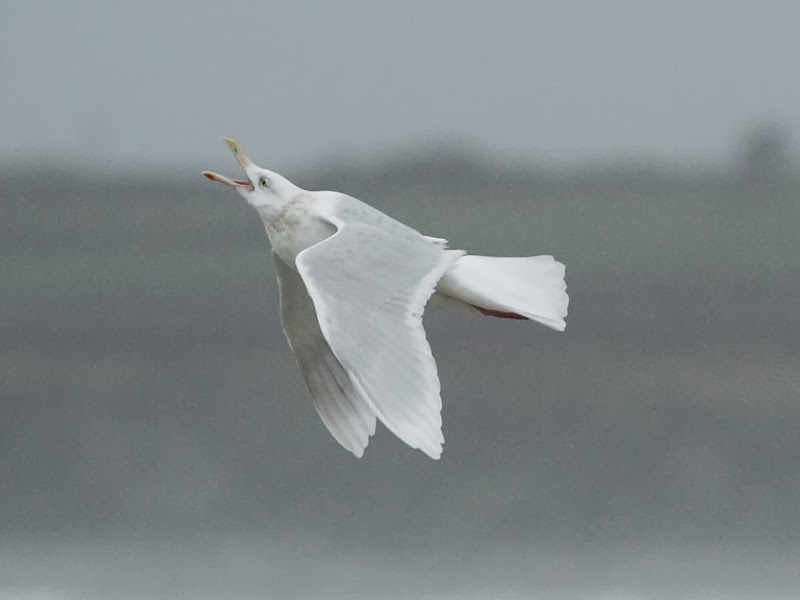 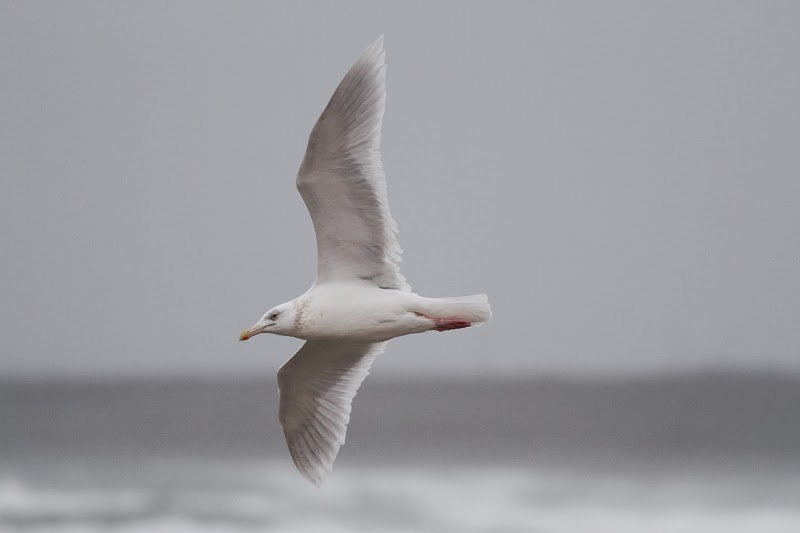 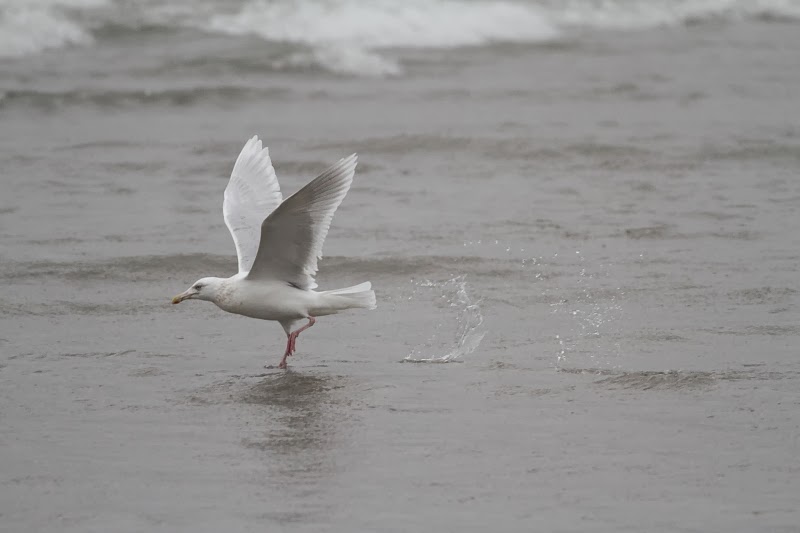 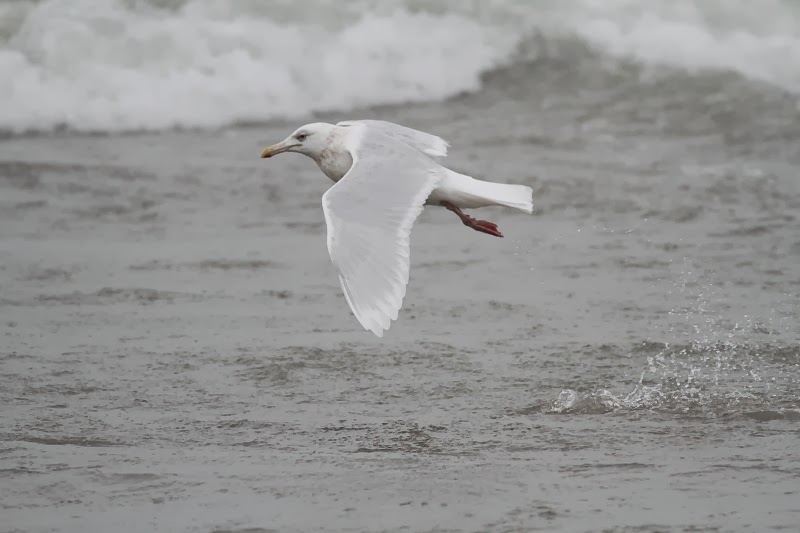 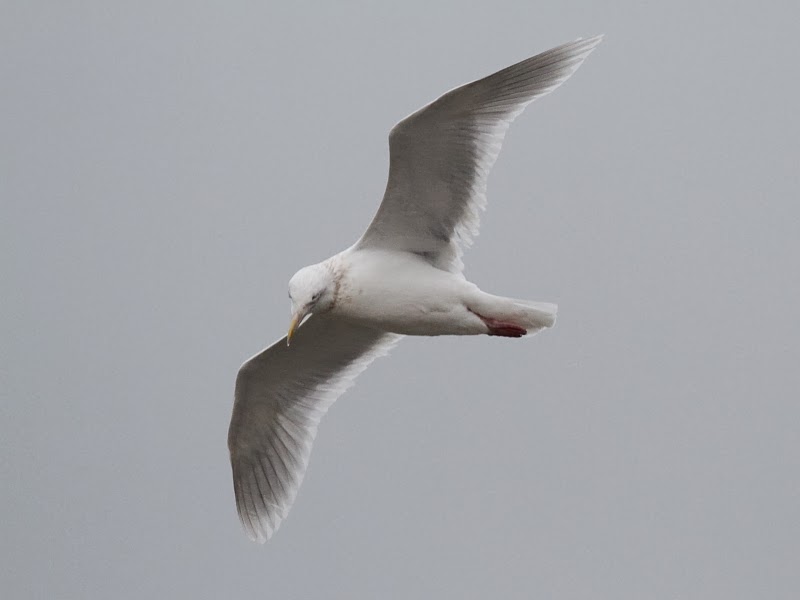 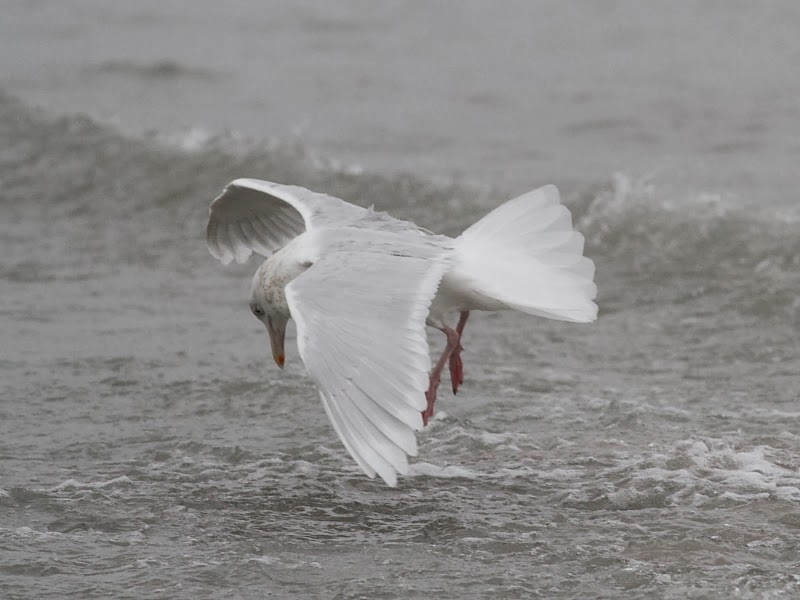 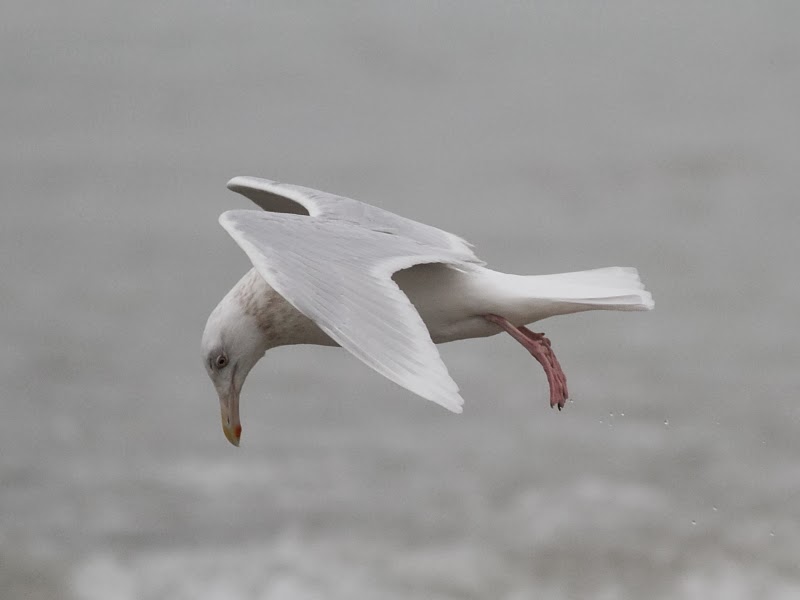 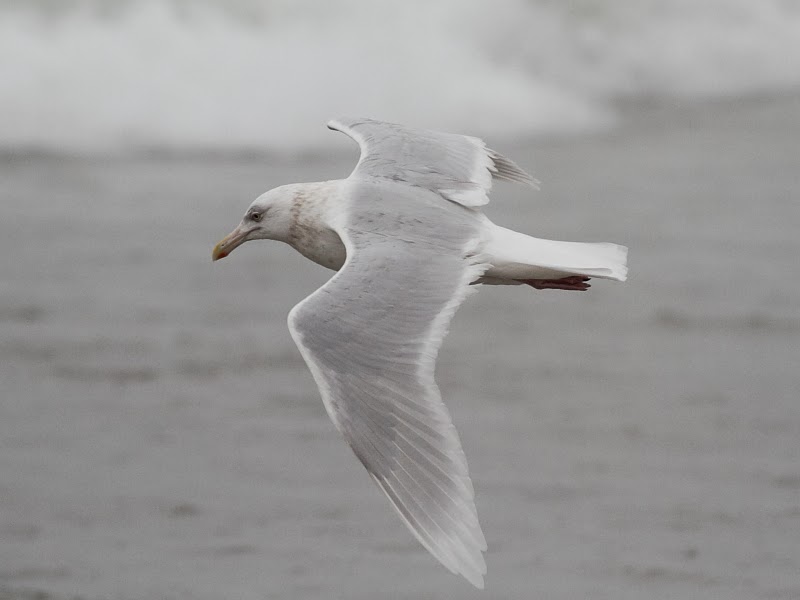 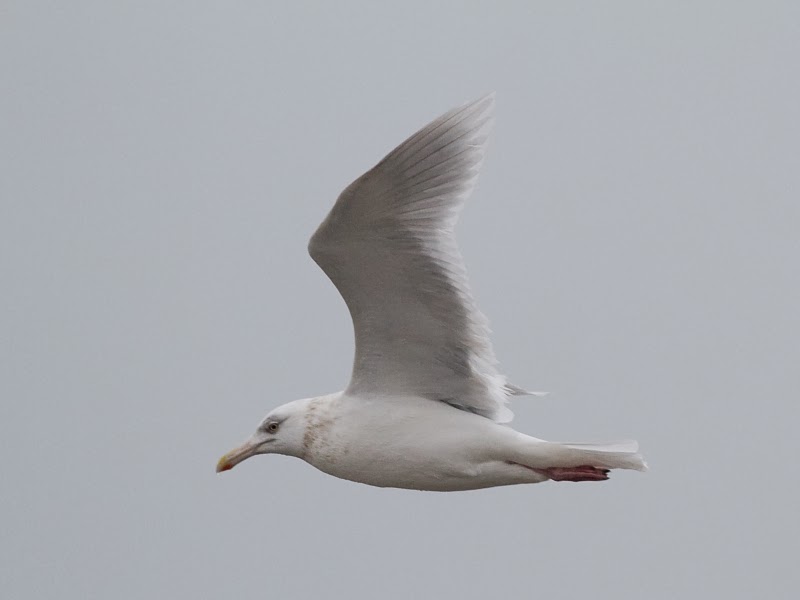 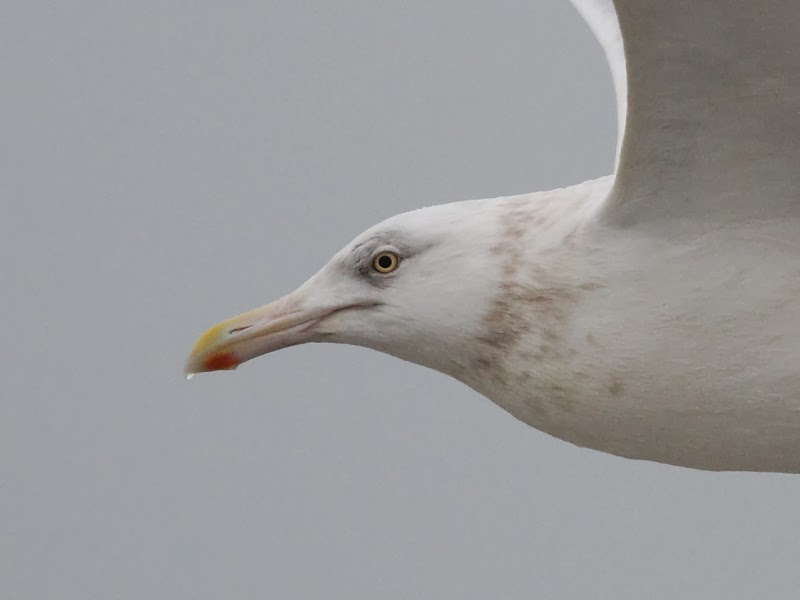 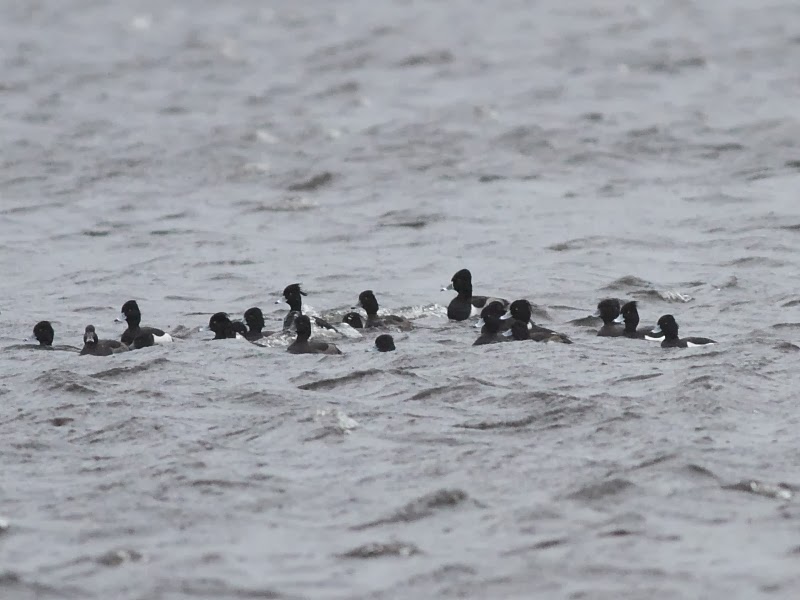 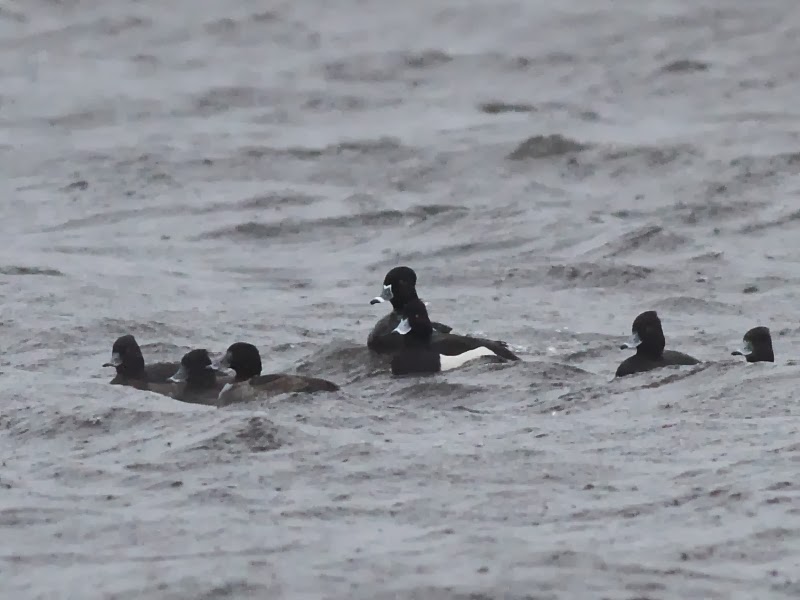 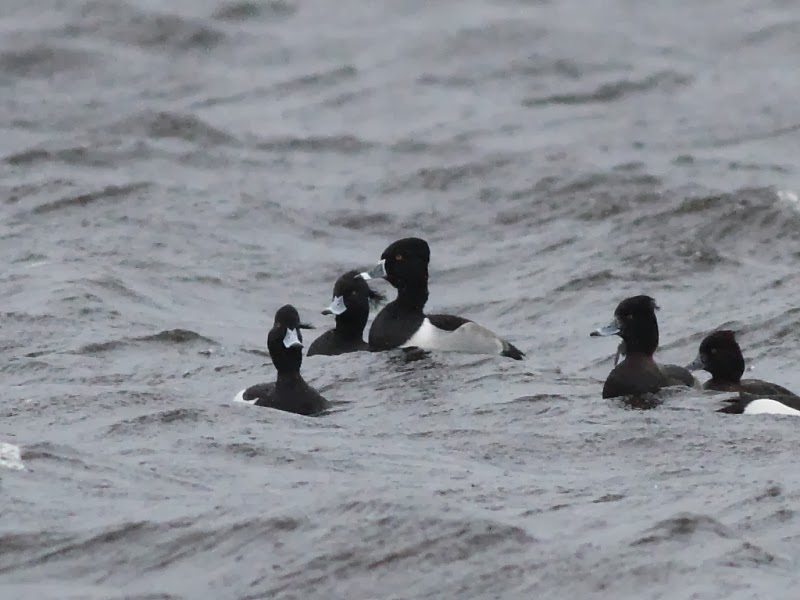