We managed to get out to Inishshark last Wednesday thanks to the extended settled spell we've been having of late. Conditions weren't too rough considering the time of the year. As we pulled into the main "harbour" we were greeted by a handful Grey Seals hauled out on the slipway including the male below. I noticed something odd stuck to the back of its head and on further inspection it proved to be a GPS Phone Tag developed by the Sea Mammal Research Unit out of Saint Andrews University, Scotland http://www.smru.st-and.ac.uk/Instrumentation/GPSPhoneTag/
We later discovered that it had been caught in NW France in early June. I got some really interesting maps and more info on its movements but have been asked not to reproduce them until the research is published. He was very interested in one particular female that remained with her pup the whole time we were on the island (that time of year for Grey Seals). I can't imagine how one would manage to catch, restrain and attach a tag like this onto an adult male Grey Seal, must be a bit of handful to say the very least! Even though it was getting very late in the season there were still a good few seal pups present.
We saw the Barnacle Goose flock here again, around 400 birds. Like every other time anyone lands on the island the majority of the geese left the island and moved out to Inishgort and Cruagh Island. The Connemara Barnacles seem far more skittish compared to mainland flocks in Mayo, Sligo and Donegal for some reason. Numbers of Barnacle Geese have been significantly increasing in recent years and they show no signs of slowing down any time soon.
We also had a pair of Chough on the day as well. Not the first time we've seen them out there and there must be at least one pair breeding out there. Must seem a few days out there in the summer to try and pin them down along with a few other breeding species. 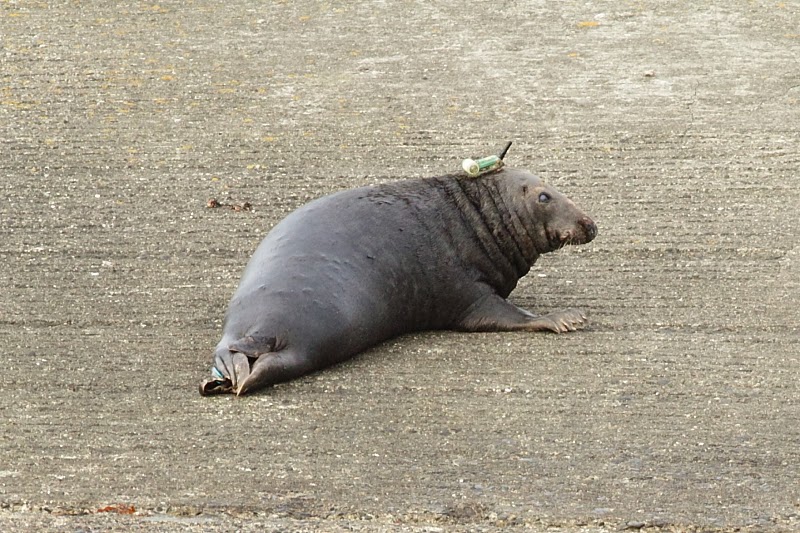 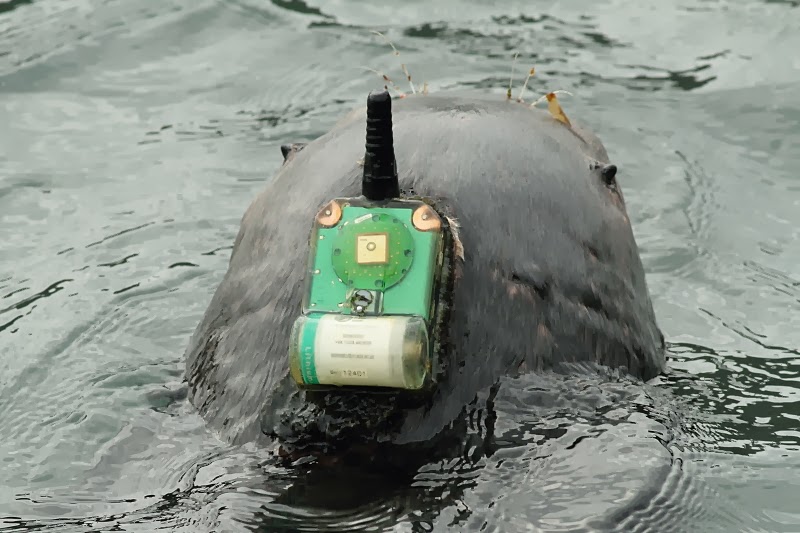 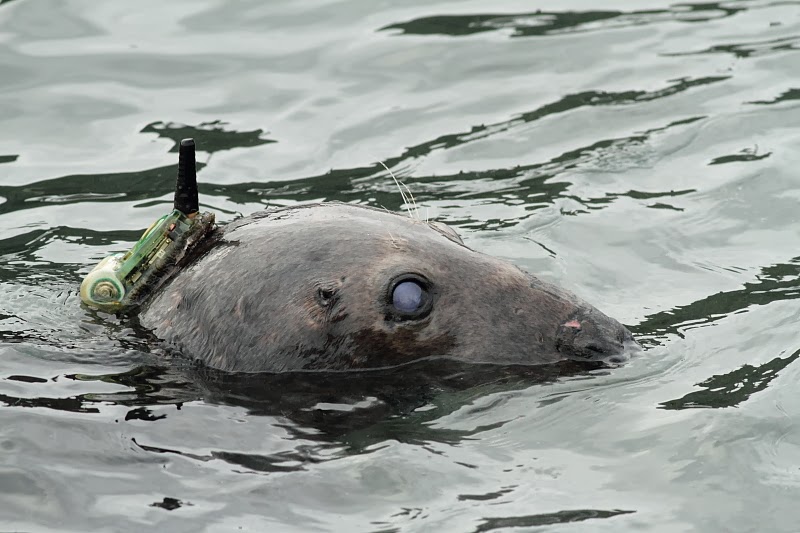 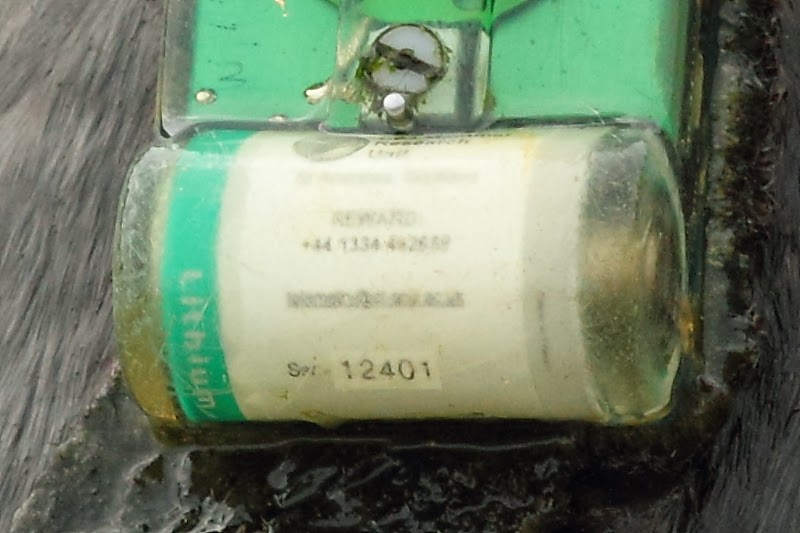 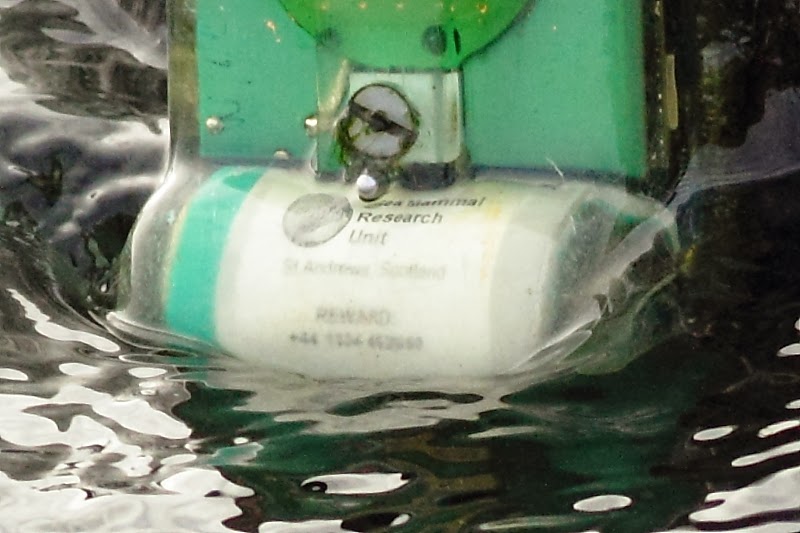 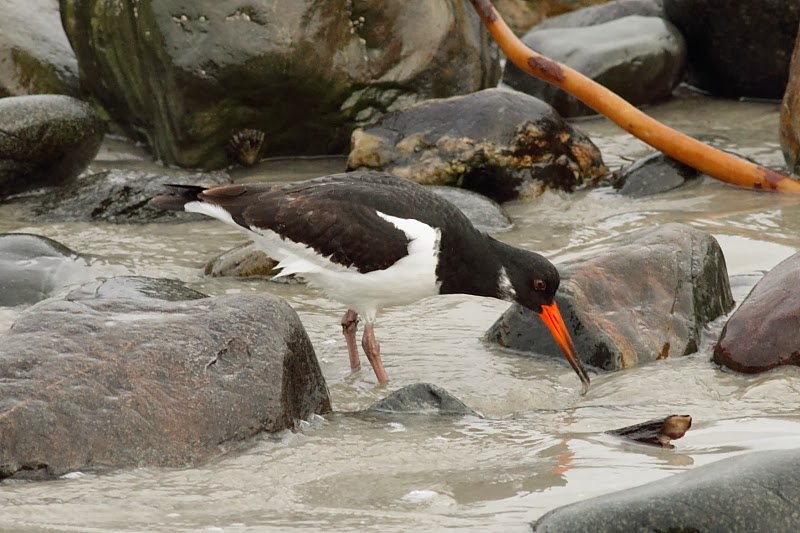 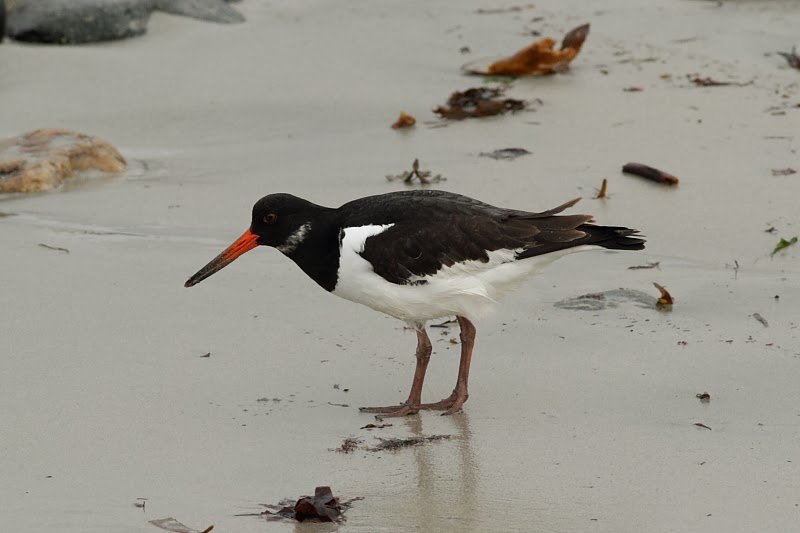 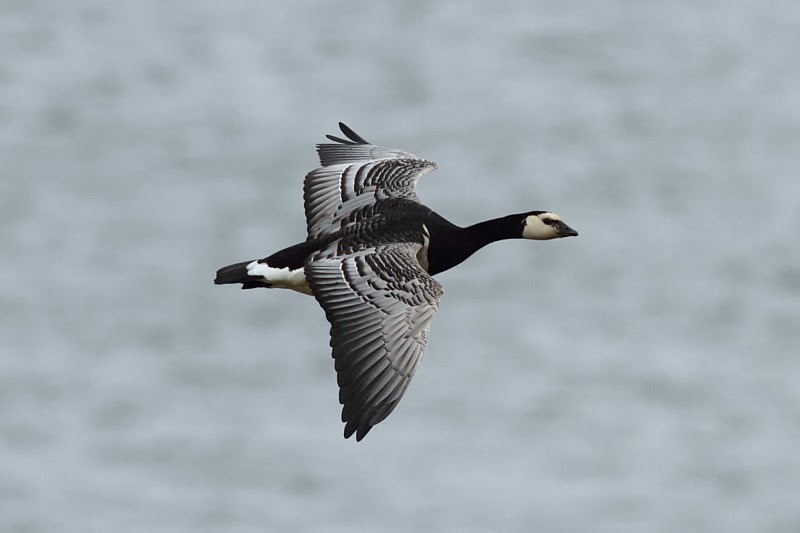