I found this lovely little juvenile Buff-breasted Sandpiper down near Ballyconneely yesterday on the area of machair commonage between Ballyconneely Bay and Crompaun Bay. While this looks great for Buff-breasted Sandpiper, this is the first time I've definitely had one here although I did have a flock of six or so possible Buff-breasted Sandpipers distantly in flight here in 2011. 2011 was a mega year for the species. There was a flock of fifteen on Loop Head, Co. Clare and a record breaking twenty eight birds at Tacumshin Lake, Co. Wexford, the latter being the largest flock ever seen in the Western Palearctic. Ninety three birds in all were recorded that year. They are no longer considered an official rarity in Ireland as there were 478 records up to the end of 2011. Incredibly Tacumshin Lake has recorded 158 birds up to the end of 2011 (per 2012 Irish Rare Bird Report). It wouldn't surprise me if the Ballyconneely bird ends up in Tacumshin in few days time as most wandering vagrants usually end up there at some stage or another. 14 Buff-breasted Sandpipers have been recorded in county Galway to date (four undocumented birds at Rahasane turlough from 1993 - 2000 also) . The last Galway record was back in 2013. The last two years have proved to very poor for the species e.g. I think only three were reported in Ireland in the whole of 2015, one in Kerry and two together at Tacumshin.

Globally they are quite a rare species and are classified as Near-Threatened by the IUCN. They are confined to the Americas normally breeding in dry, open short-sward tundra in Canada and wintering on intensively grazed grassland in Paraguay, southern Brazil, north east Argentina and Uruguay. The entire population is estimated to number only between 16,000 to 84,000 individuals. For comparison sake the global population of Dunlin numbers from 4,600,000 to 6,500,000 individuals! They were apparently intensively hunted in the early 20th century and the population has never really recovered from this as the population is still decreasing even though hunting isn't an issue any more. Even though they are the second most recorded American wader vagrant in Ireland it's still great to come across one. They really are a beautiful looking wader and it always amazes me to think of this small wader crossing the Atlantic Ocean on its own steam. This little guy was quite approachable after it got used to my presence. It seemed to be able to find plenty of insect life for itself in the form of Cranefly and moths. 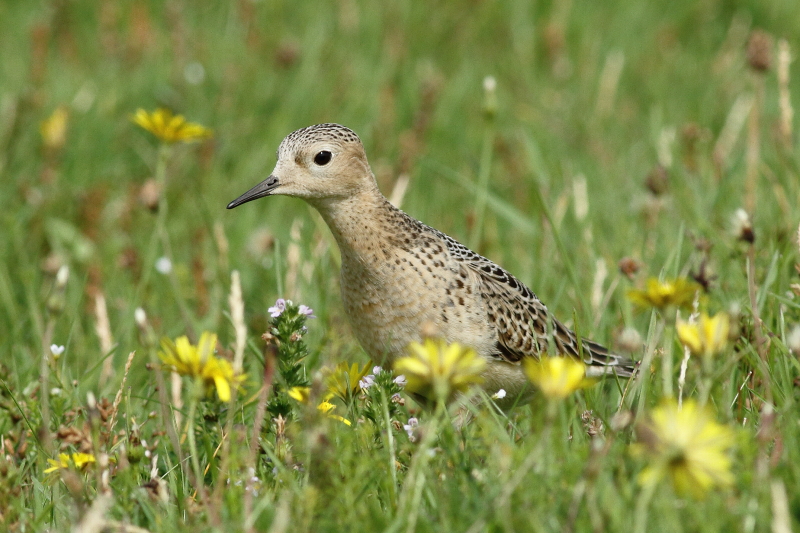 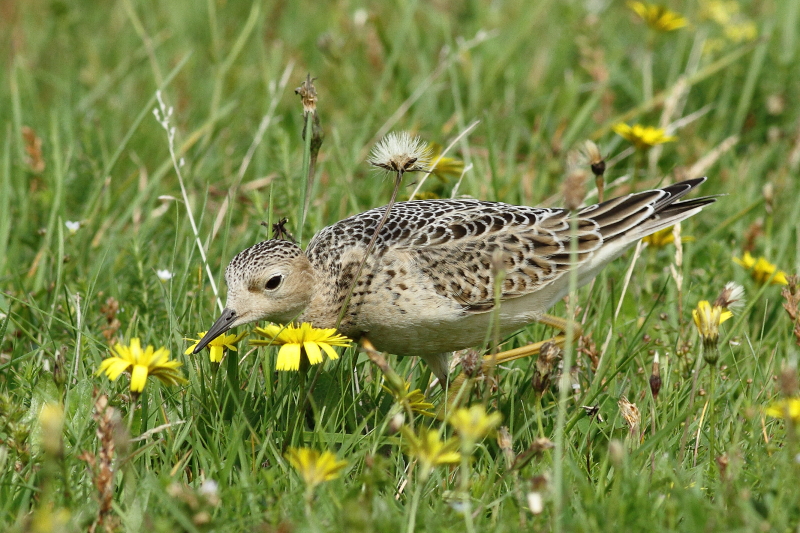 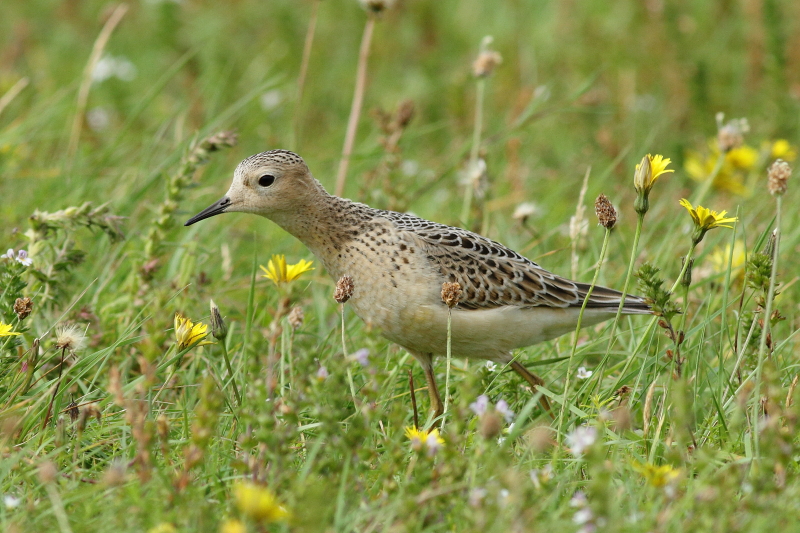 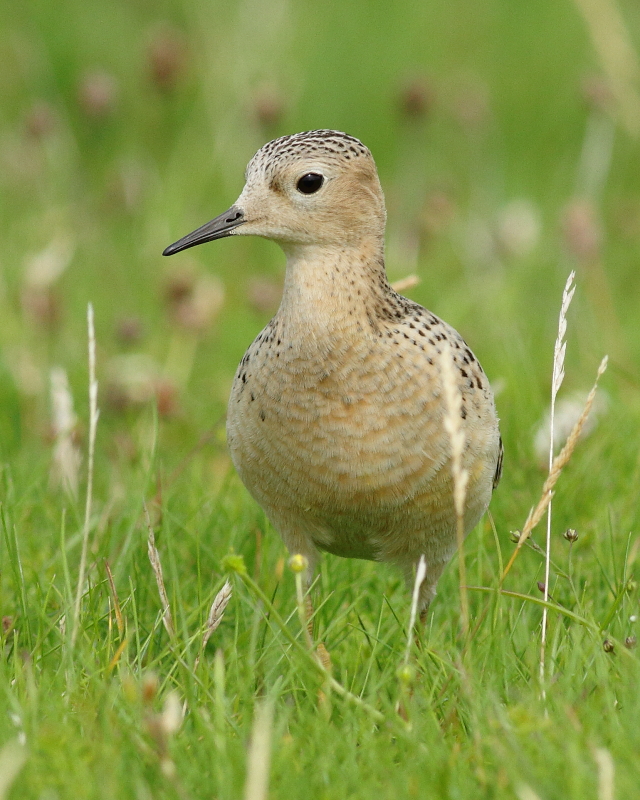 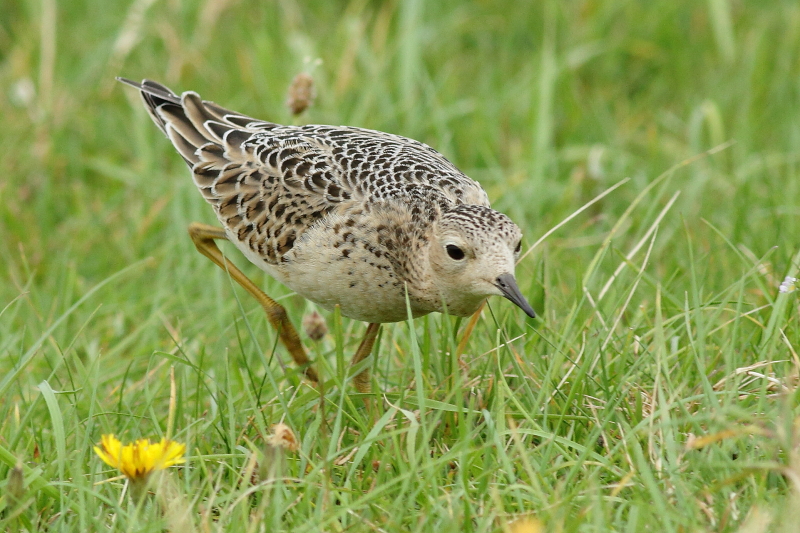 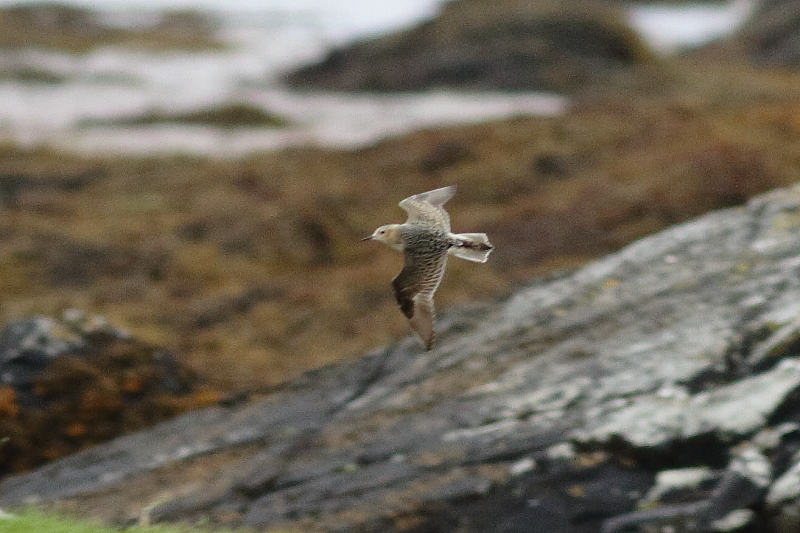 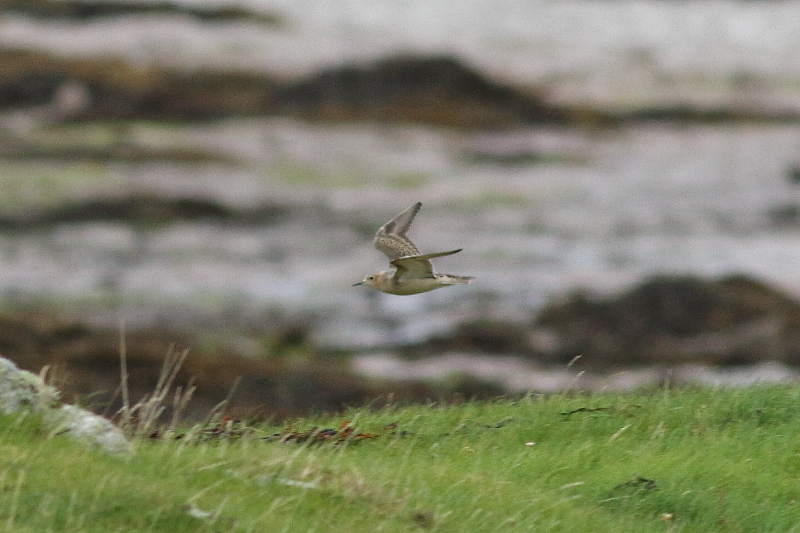