I checked the stretch of coastline just South of Louisburgh in County Mayo yesterday. Wader numbers particularly Sanderling were surprisingly low. The water levels are still very high at Roonagh Lough also despite the recent dry spell. The outflowing channel has been altered due to the winter storms so I'm not sure if this has had an effect. The only birds of note were down around the Corragaun Lough area. While searching through a flock of 80 or so Lapwing (which contained a single Ruff) for a Buff-breasted Sandpiper or even an American Golden Plover I could hear the ever present Ravens giving agitated alarm calls. They were busy giving a high flying Short-eared Owl a hard time. This species is fairly scarce on the West coast of Ireland. I have heard of hunters sometimes flushing a few during the winter while shooting Woodcock. I've only seen one in Galway at Barrany beside Lough Corrib. Interestingly there was one seen on Brannock Island which is just offshore to the West of Inishmore on Saturday by Sean Pierce.
After checking the lough itself I left the area via the outflowing channel and flushed a small calidrid. While I was hoping for a Least Sandpiper it turned out to be a juvenile Little Stint. While not too approachable I eventually managed some decent shots of it. It seems to be a good year for the species this Autumn.
Ireland along with the UK have been stuck with an untypical high pressure system for the last fortnight or more which is diverting any fast moving Atlantic crossing low pressure systems away from these shores. While it's great to have decent weather at this time of year it has resulted in much lower than usual numbers of American waders. Hopefully the high pressure system will break down shortly! 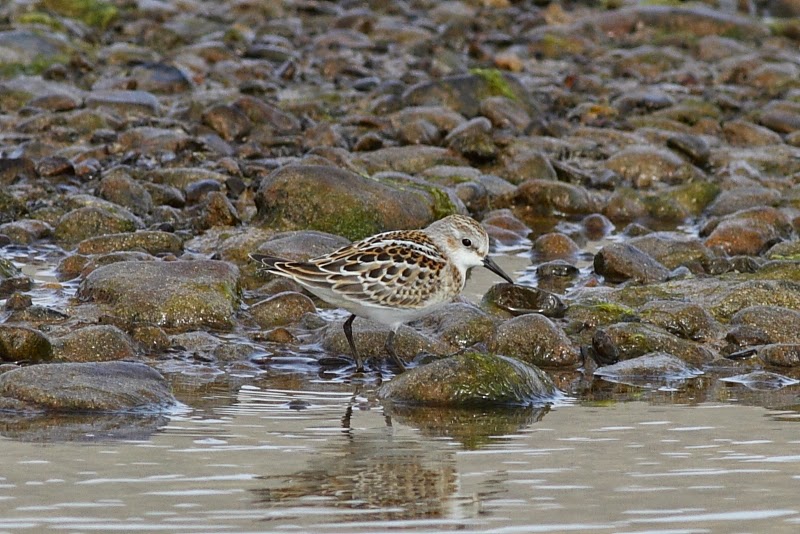 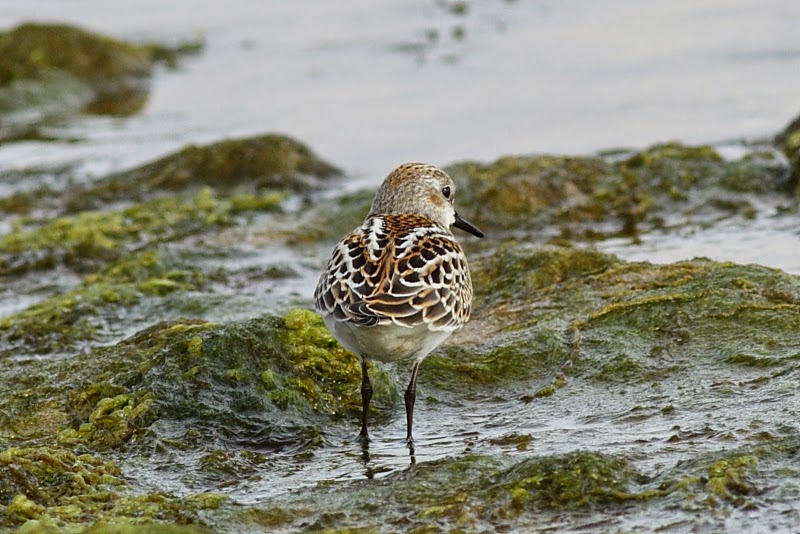 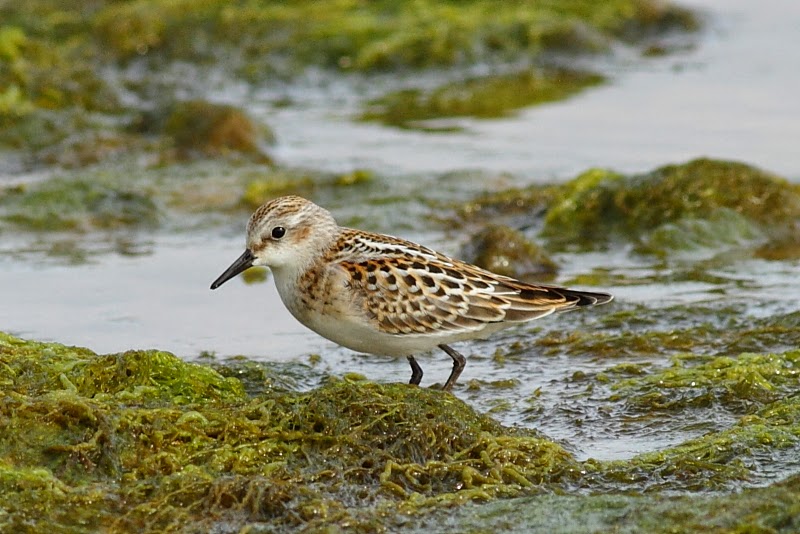 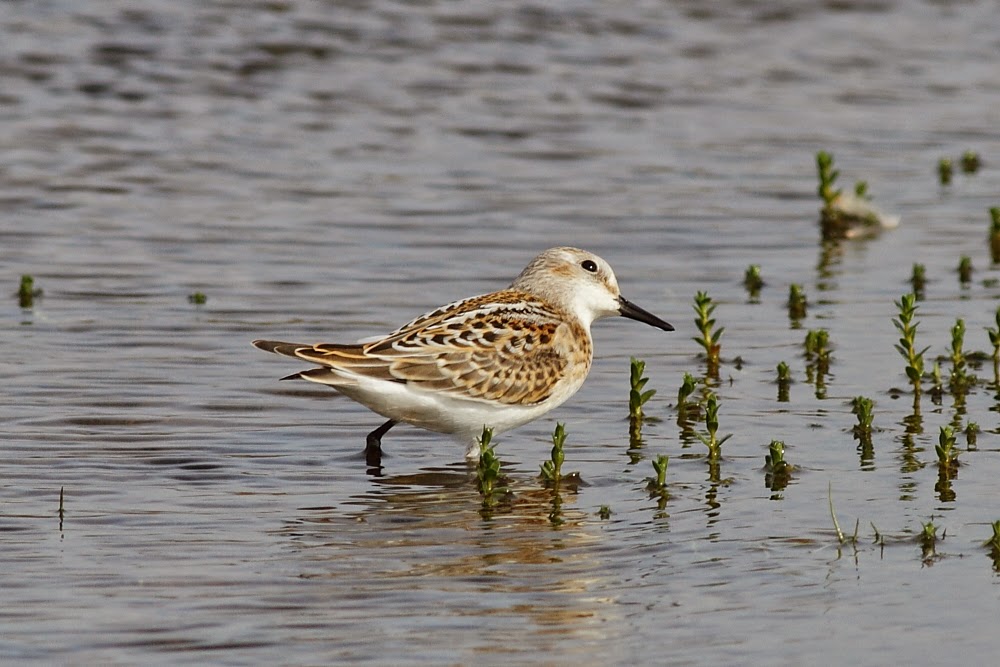 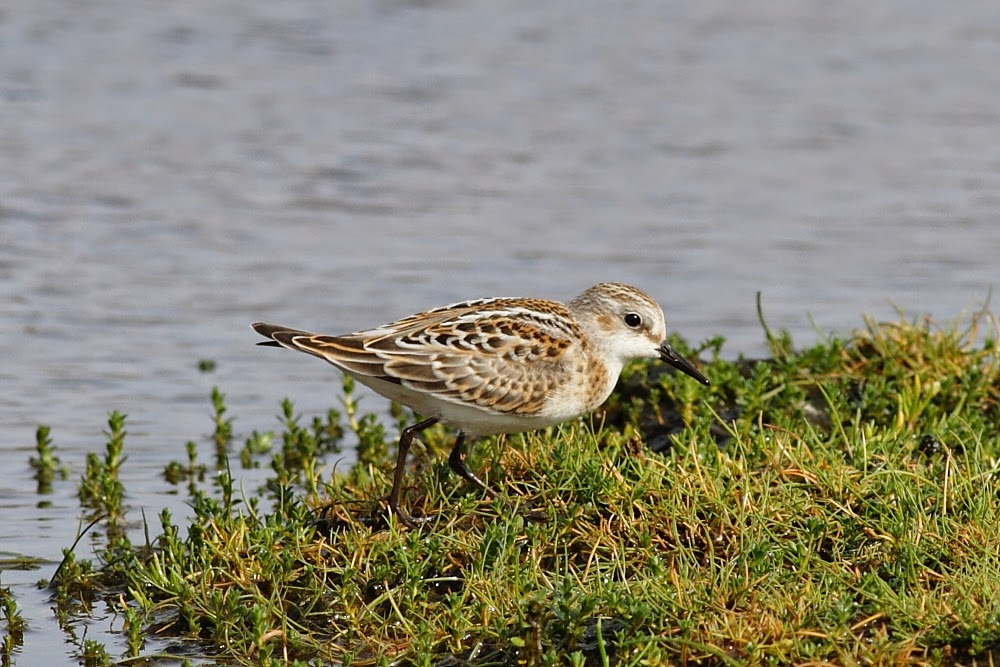 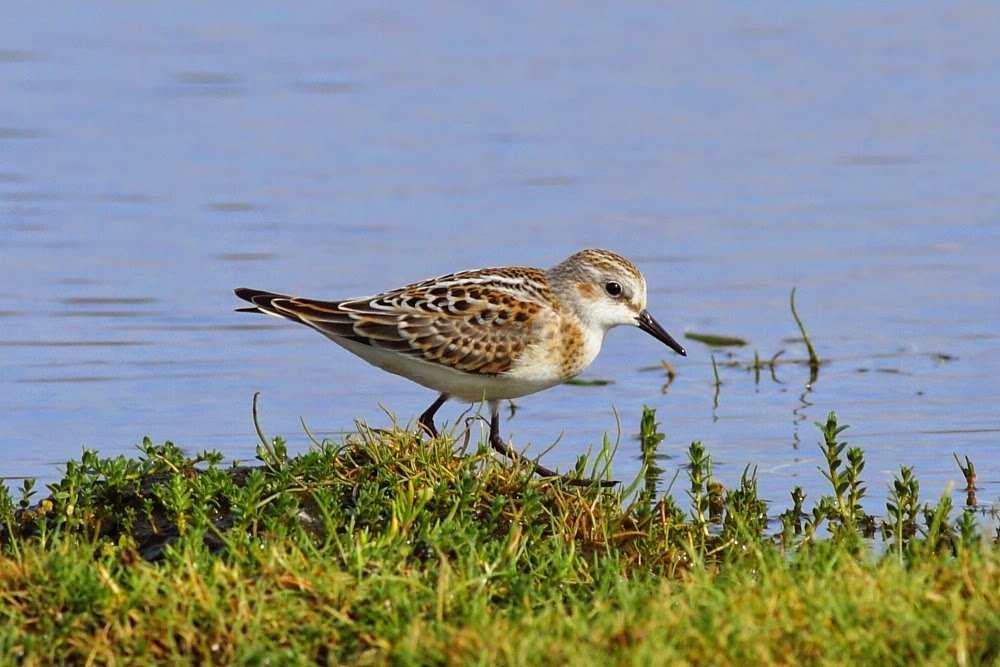 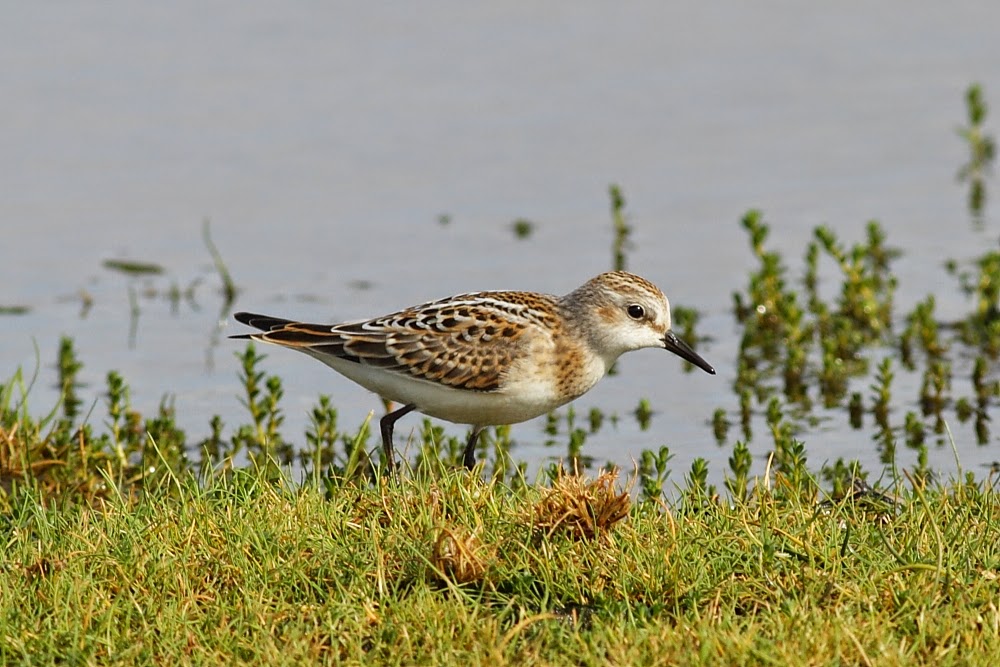 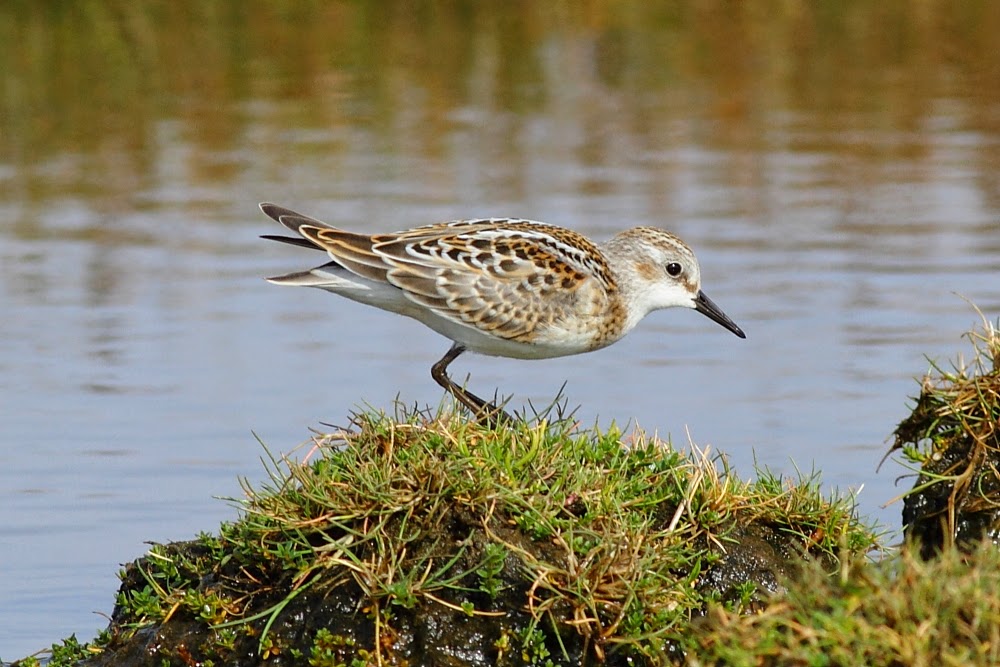 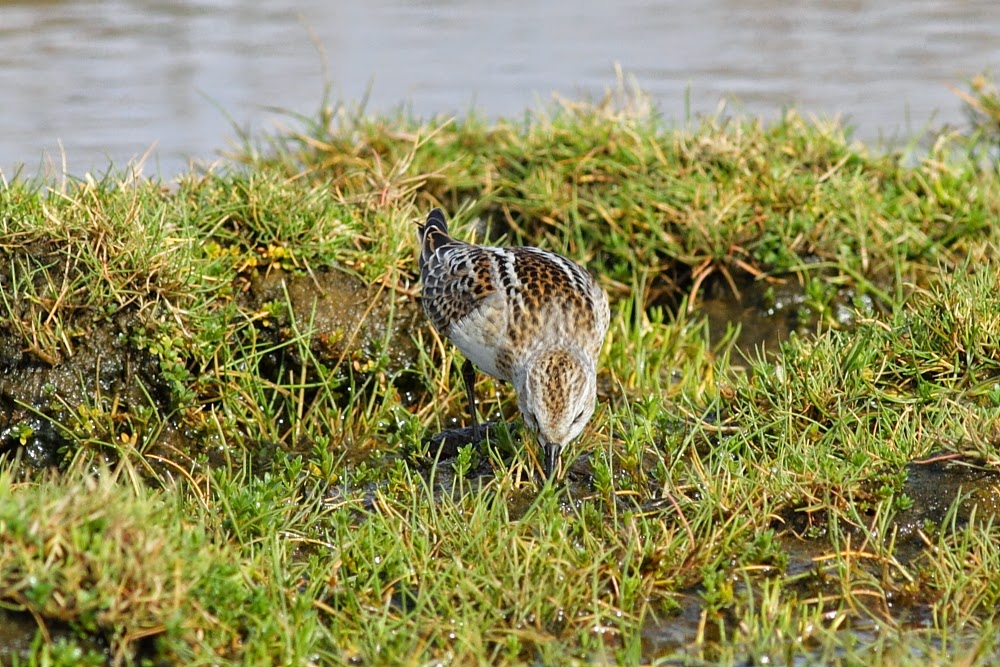 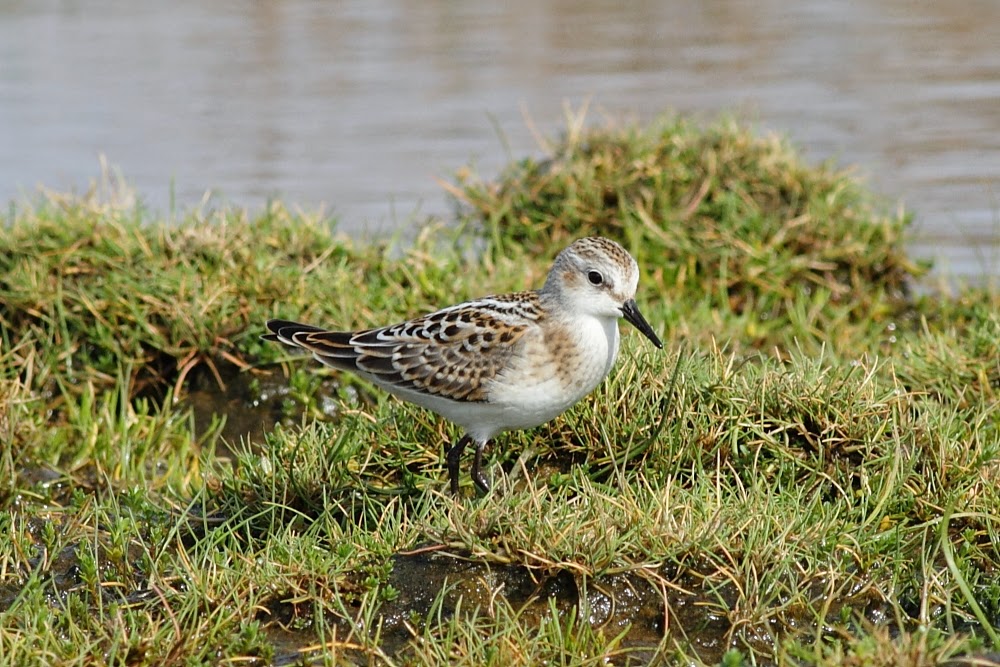 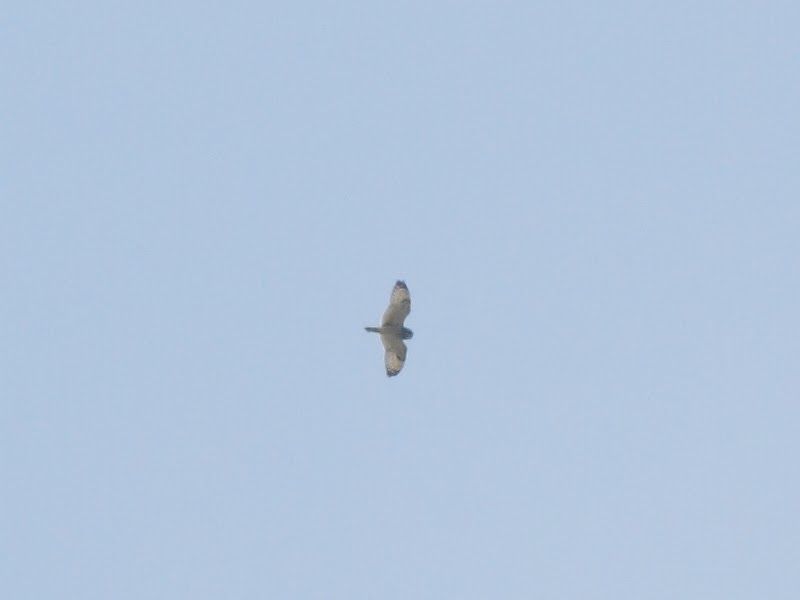