﻿Headed out Rahasane Turough to have a look at the reported Russian White-fronted Goose. Had good views of about 50 birds from the middle gate but there were another few birds feeding further back along the river but were mostly hidden by the bank. Could well have been in there along with the Pink-footed Goose that was present last weekend.
Also had the drake American Wigeon again. A little distant for shots. 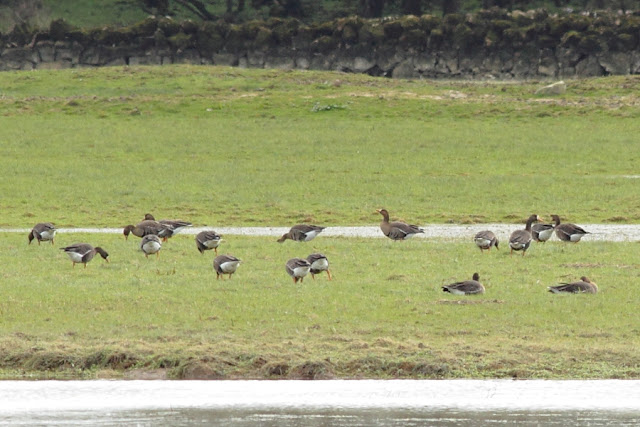 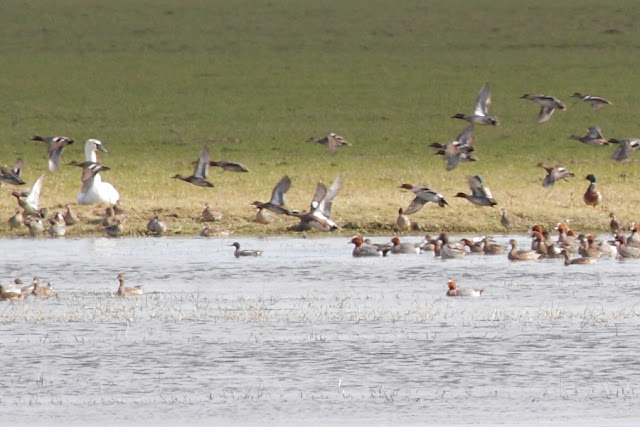 Went out to Loughrea for that grebe. Even less birds out there with no sign of the grebe. A few Reed Buntings and Pied Wagtail were knocking around. 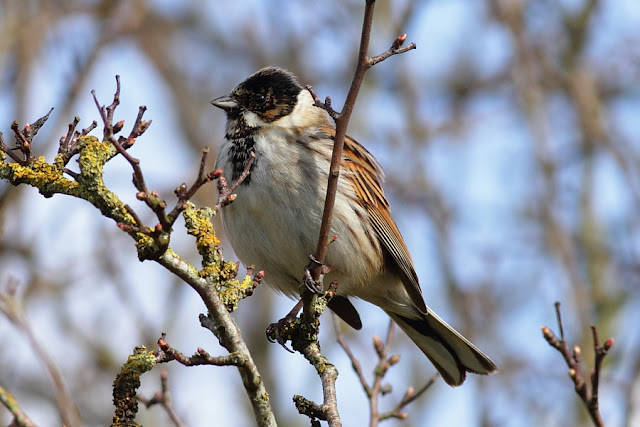 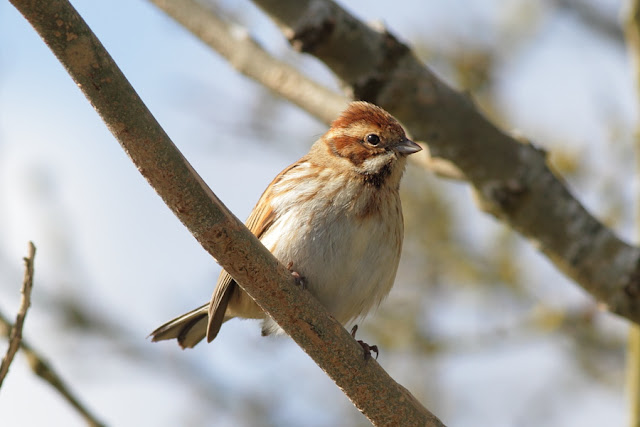 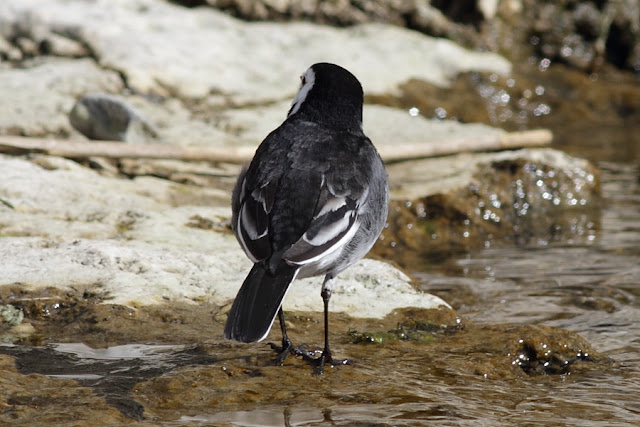 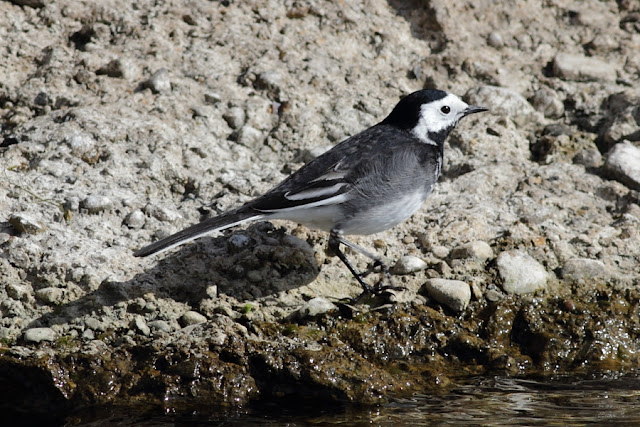 Came across three Stock Doves feeding in an old maize field just before Oranmore. There was a group of Cranes reported in this area earlier in the winter, this would have been a perfect spot for them. Stock Dovesare a fairly scarce bird in Galway which is mainly down to the decrease in cereal crops being planted. I haven't come across any cereals being sown in Connemara since I started here in 2008. 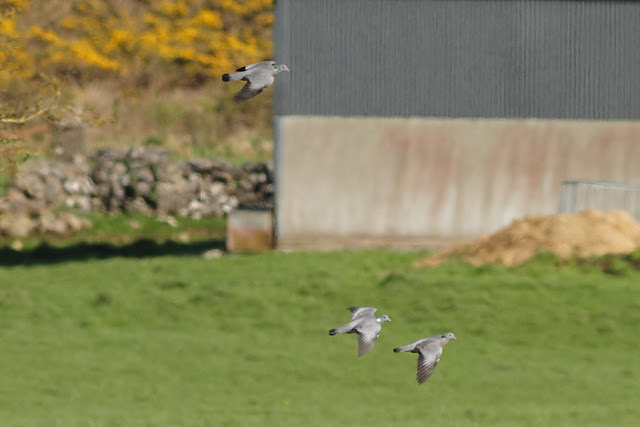 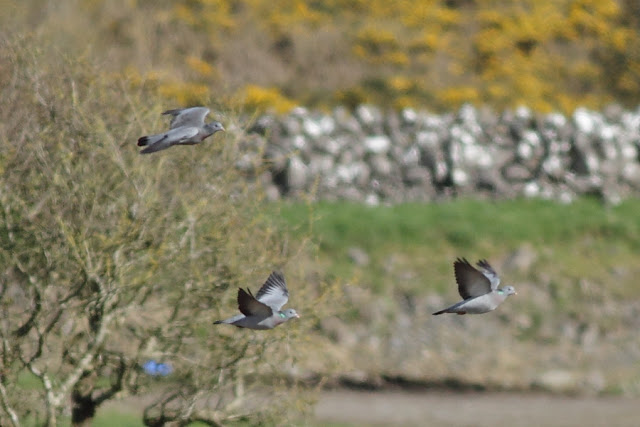 A quick look in at the slipway produced the usual suspects of about seven Icelands and one of the adult Ring-bills. There has been amazingly very little turnover of Icelands at this site this winter with the same individuals seen week in week out. Nice comparison with the small dark first-winter Iceland with a normal faded first-winter. Also a very short-billed individual. First-winter Herring Gull with a very retarded plumage. Nice white-head contrasting with a dark body making bad impression of a Yank Herring. 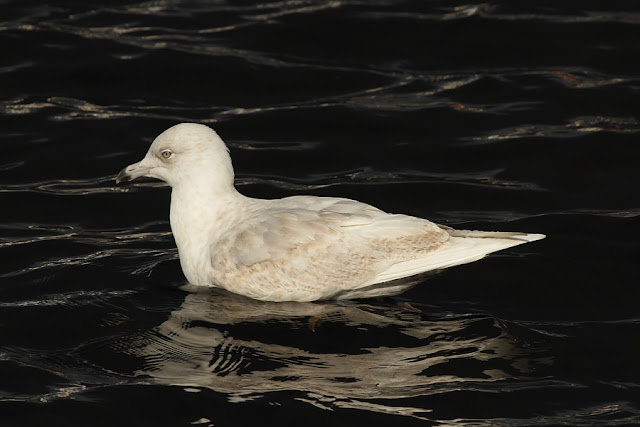 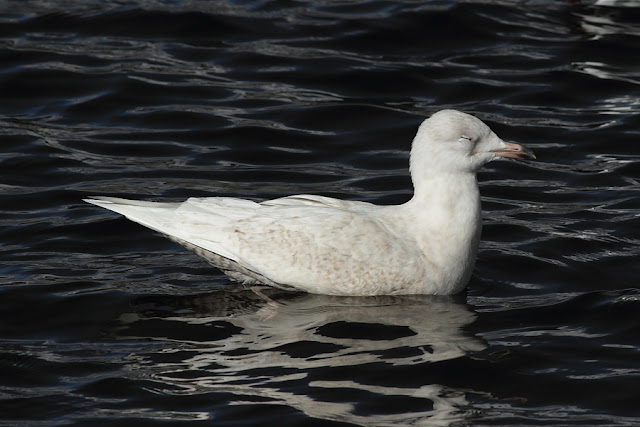 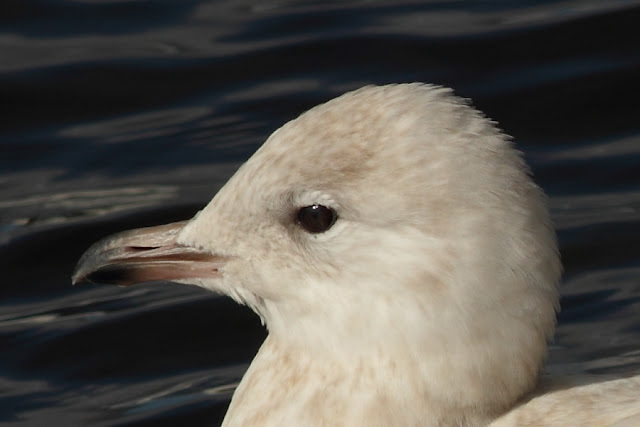 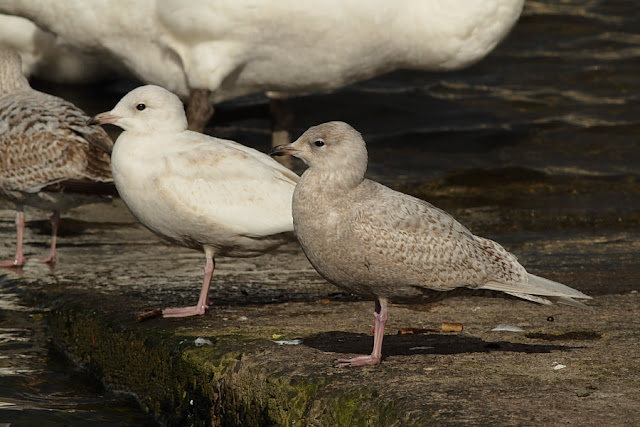 First-winter Iceland Gulls, Nimmo's Pier - ebony and ivory or should that be ivory and ebony? 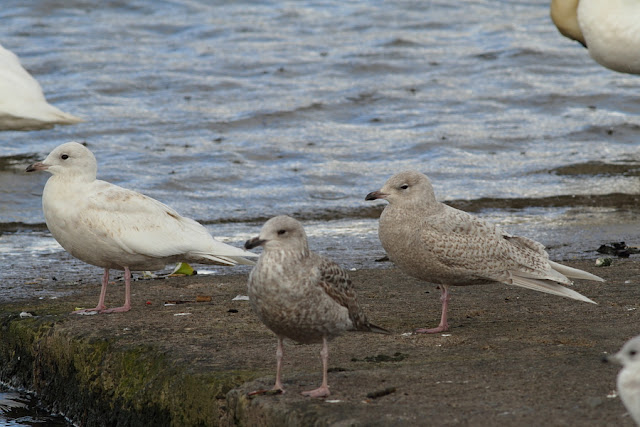 First-winter Iceland Gulls, Nimmo's Pier - or should that be ivory and ebony? 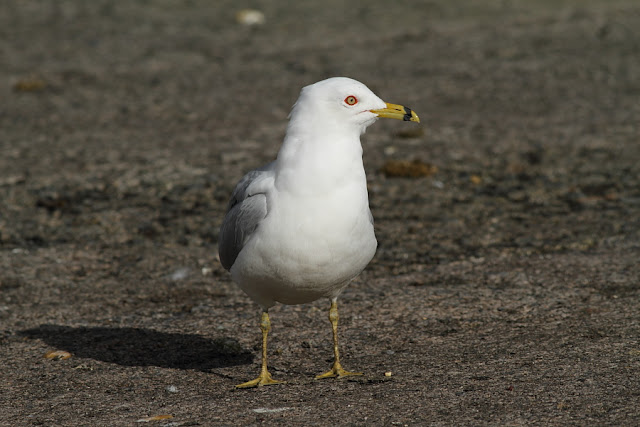 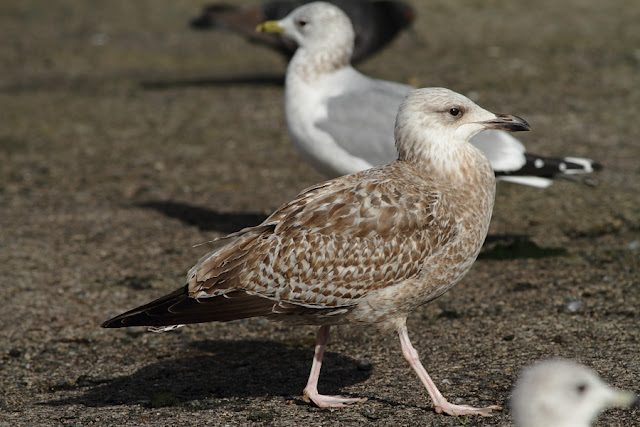 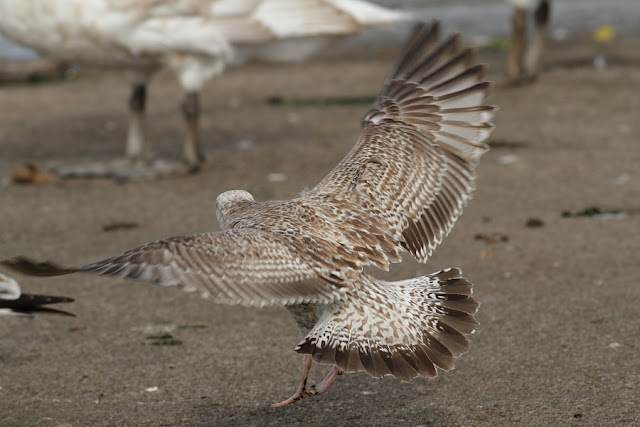 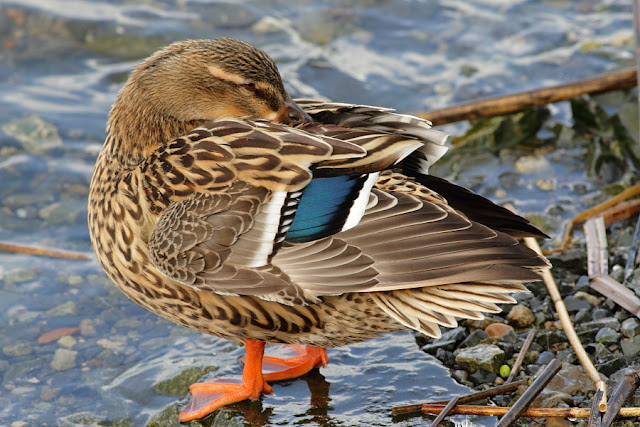