Finally managed to get out to Inishturbot which is off Clifden yesterday (Monday) after about a month of trying to organise a boat. Last part of the new Corncrake Special Protection Area. Didn't bother bring out the DSLR. Launched from Omey Strand and heading south via Inishturk (South) along with John and Ger. Didn't take too long to get the necessary work out of the way. All quite out there. There were 31 households on the island in the 1850s but like nearly all the Connemara islands the remaining islanders were resettled on the mainland as recently as 1978. A fair few holiday homes still out there and its still farmed mostly by cattle thankfully. If anyone is interested in moving out on to the island there's a small cottage for sale at a steal of only €450,000! (recession? what recession??). http://www.property.ie/property-for-sale/Inis-Turbot-Island-Clifden-Co-Galway/623318/ 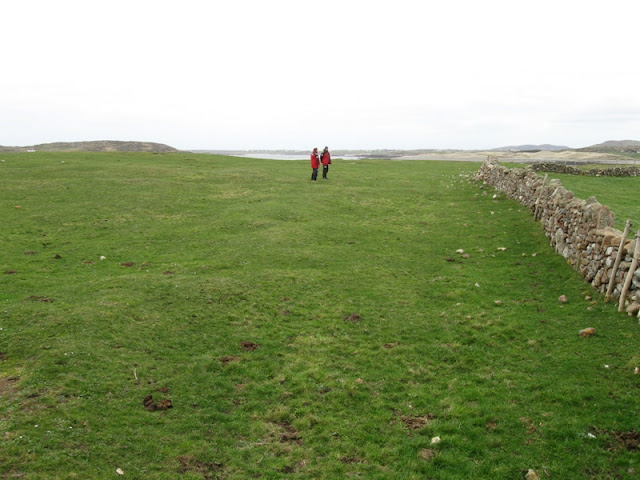 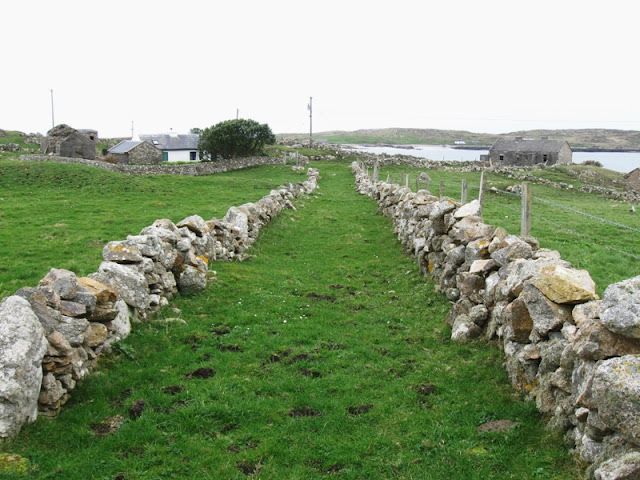 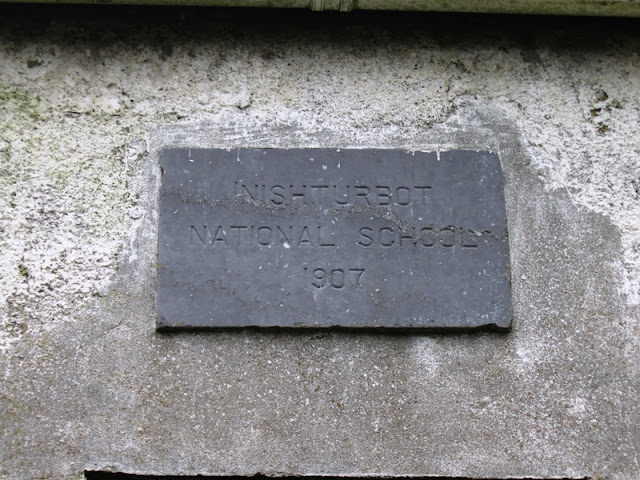 Anyway the highlight of the trip was undoubtedly the finding of an old Chough nest in one of the abandoned cottages. We had a pair of Chough on the nearby machair and they should be starting to breed fairly shortly. We've only got about a dozen pairs in West Galway so was great to find a new site. I've seen them out on the island from the mainland but wasn't able to confirm them until now. A few Lapwing out there and I'd imagine there are a few breeding pairs out there during the summer. I had a few Little Terns catching food in the channel between the island and the mainland and could see them dropping in the back end of the island so there must surely be a few pairs out there also. 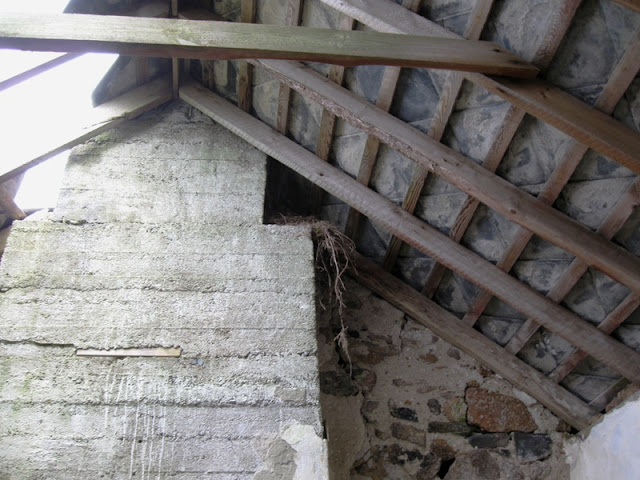 On arriving back at Omey Strand we came across what appearred to be a injured Great northern Diver stranded out in a shallow channel on the sands. On closer inspection it didn't seem all that sickly at all. It was howling away when we got close to it and was very alert. It then proceeded to charge at me at full pelt. They really are formiable birds up close! It launched another attack but I managed to grab a hold of the head and bill and got the wings under control with a little help from Ger. With it safely tucked under my arm I brought it down onto the shore and walked out into the waves as it was still quite shallow. On release I fully expected to gracefully to free but no, offence still seemed to be the best defence. It proceeded to turn around on release and chase me back up onto the beach! It must have been some sight with me haring it through the waves with an angry GND in full pursuit. After seeing me off I got on it way and seem throughly pleased with itself after putting me in my place. That's the last time I try to help a GND. 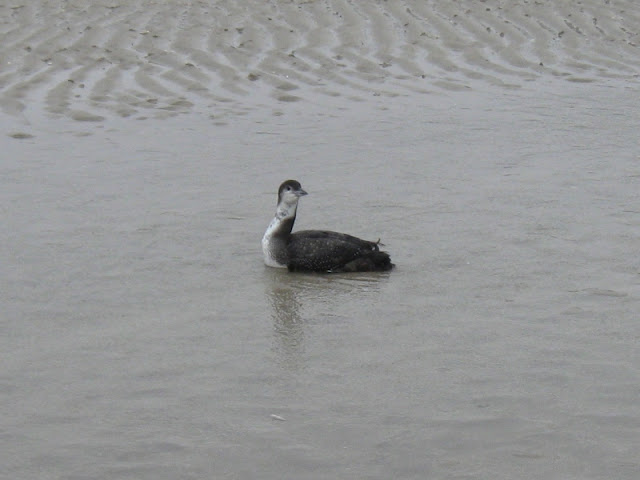 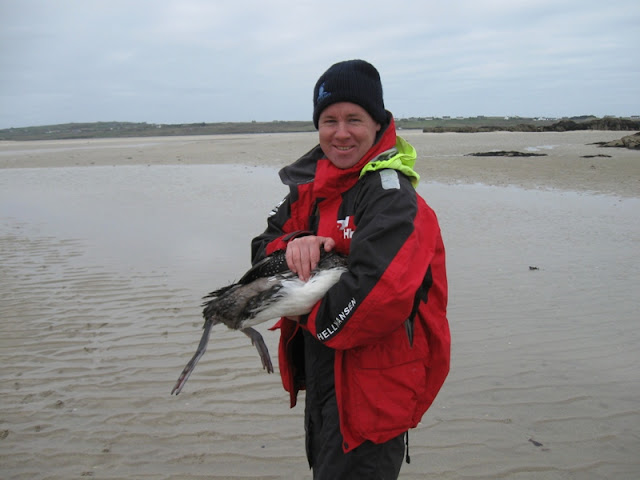 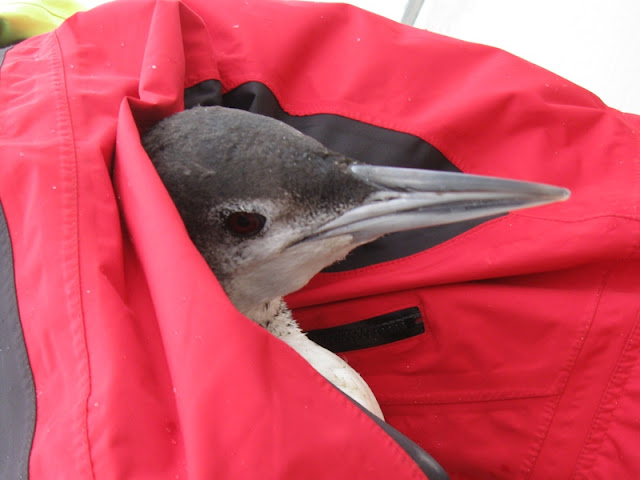 A few pics of a gorgeous male Merlin I had near Maam Cross while returning from a meeting in Moycullen today. Perched up on a telephone post with several cars passing feet below. Batteries on the Canon had just died before this so only managed a few digiscoped shots. 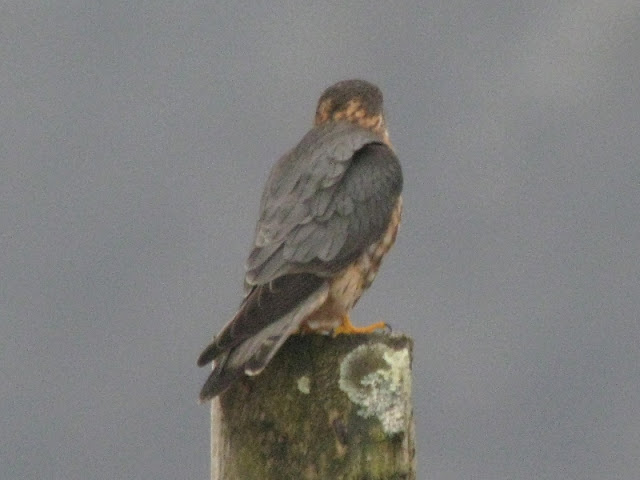 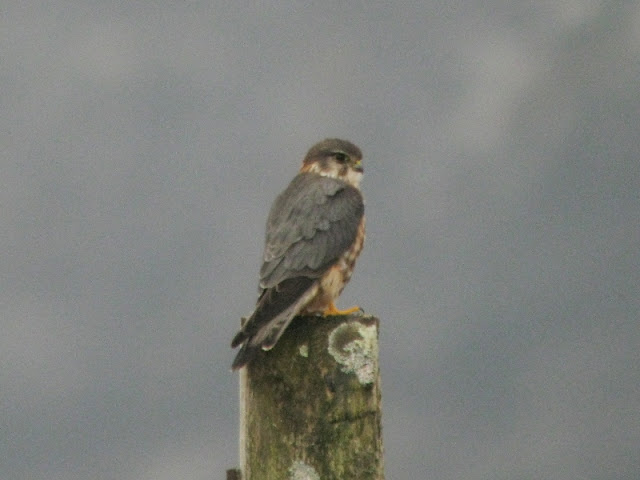