Took a visit down to the Burren two weeks back to look for Dark Red Helleborines, a species of orchid that I haven't seen previously. They are solely restricted to limestone pavement located in Clare, Galway and Mayo. I managed to find several exactly halfway to the North side of Cappanawalla. Also growing in the area were ﻿O'Kelly's Orchid which is an all white variation of the Common Spotted Orchid again only found in limestone areas like the Burren

Posted by Dermot Breen at 20:30 No comments:

A selection of ten different species of orchids down in Truska, Slyne Head from today and Friday. It's the only site in Connemara that I've seen Marsh Helleborine, Marsh Fragrant Orchid and Frog Orchid. There are at least five other orchid species that can also be found growing earlier/later in the season in the same area.

Posted by Dermot Breen at 20:10 No comments:


Have been spending alot of time in recent weeks trying to check up on our breeding Merlin.  At this time of year most chicks have just left the nest and are at their most visible and vocal which makes the business of pinning them down much easier than searching for plucking posts or doing three hour dawn watches. The birds below had probably left the nest a week beforehand as they had no difficulty flying from one side of the lough to the other while carrying prey brought in by the adults. They are quite inquisitive at this age and largely ignored me after they had a good look at me. The clutch consisted of a single male and two females. One of the females still had a line of white fluff running along the crown while the other had just three single white tufts at the front of the crown. 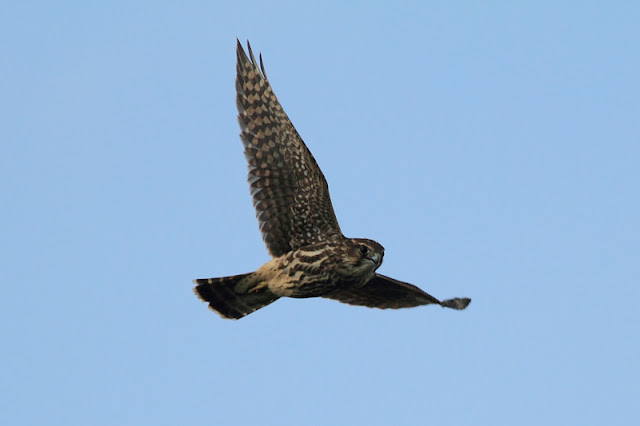 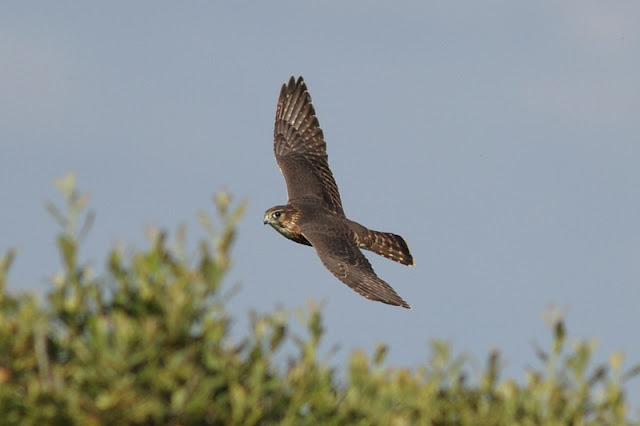 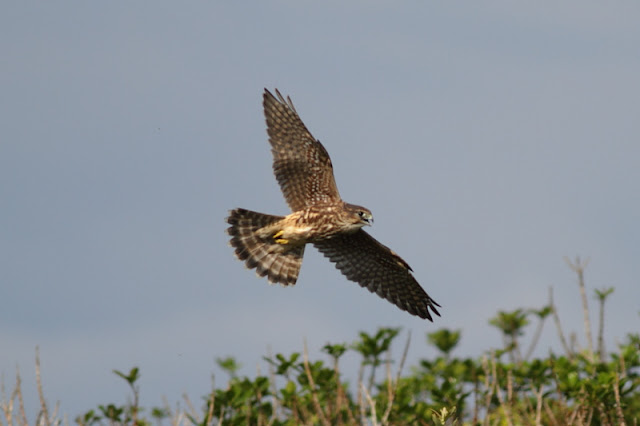 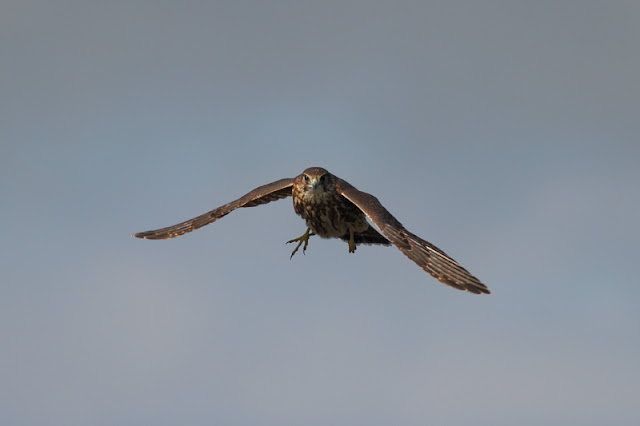 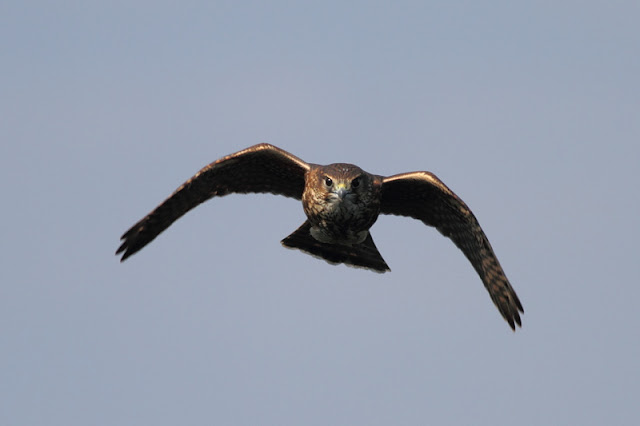 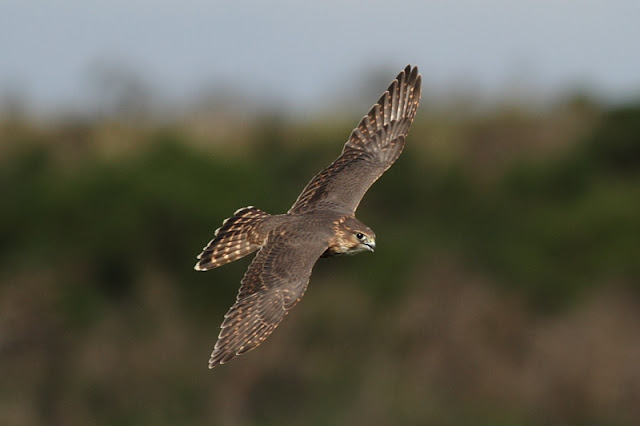 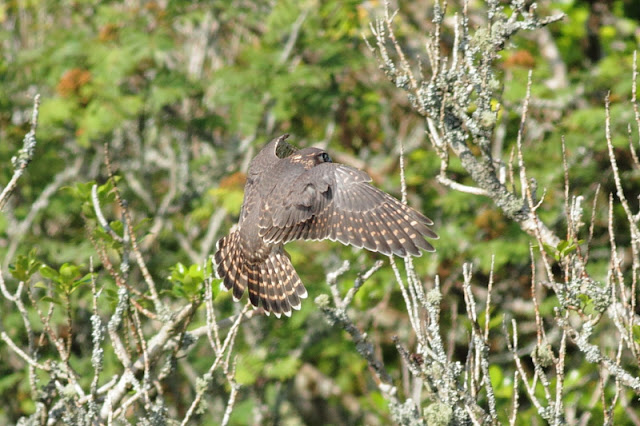 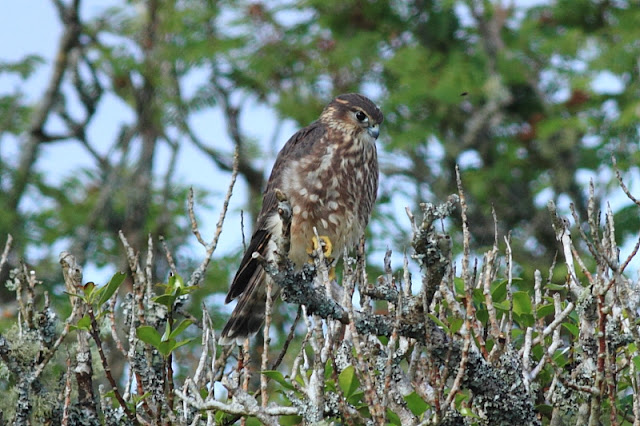 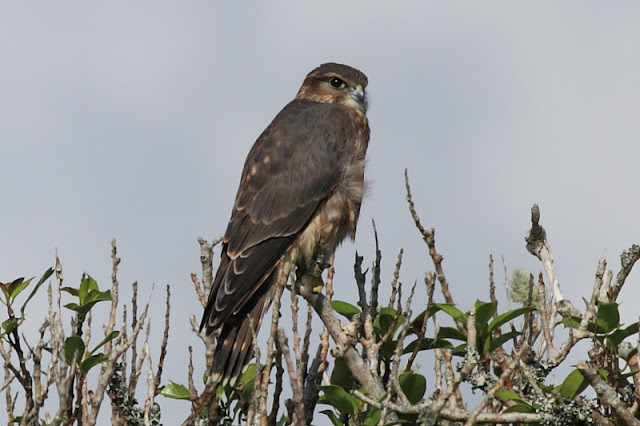 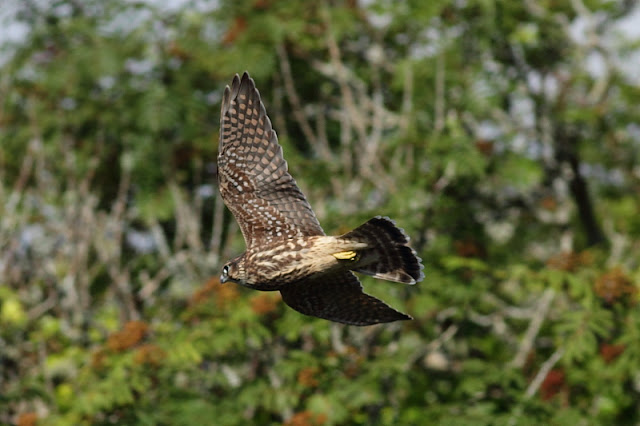 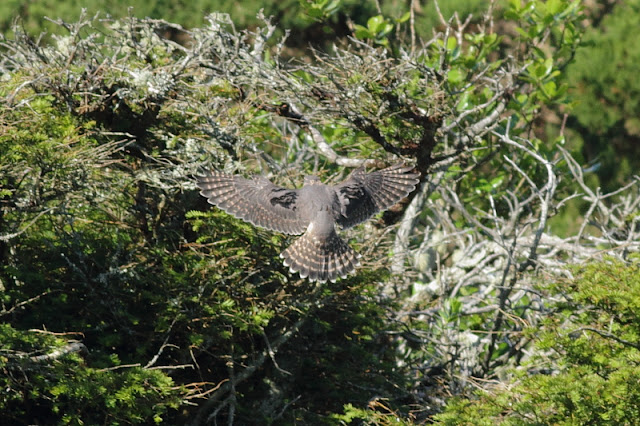 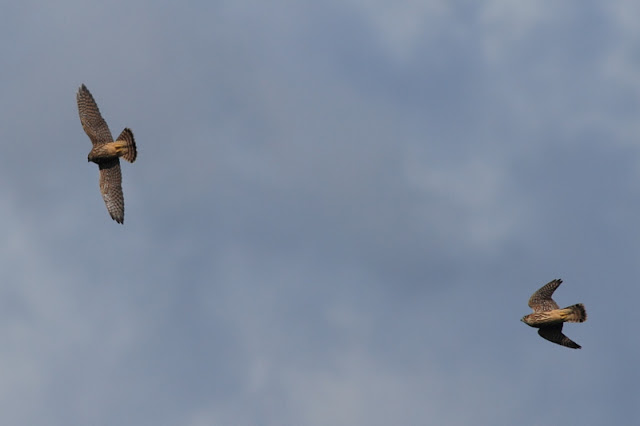 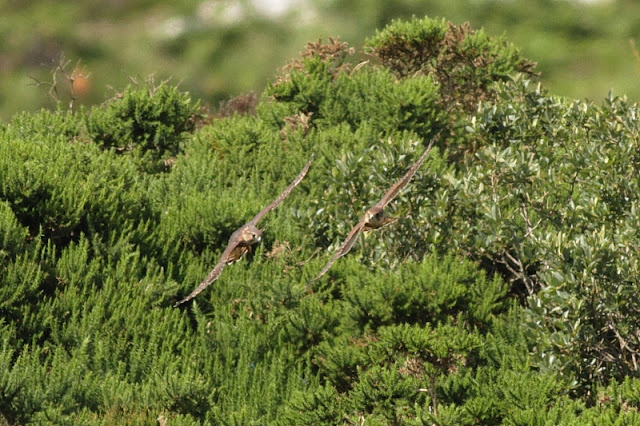 John Lusby, Aonghus O'Donaill and myself ringed this clutch of Merlin under license on 20th June just gone. We had initially searched the island we thought they were on without success about a fortnight previously. I had the female going back to the same location subsequently so after a few dawn watches I was fairly confident of the exact nest location. We had found only one old Hooded Crow nest the first time round but on the second visit we discovered a well hidden second nest with these lovely ladies inside. On measurements all three were judged to be females.
Roundstone Bog along with two other adjacent areas of lowland blanket bog was recently designated as a Special Protection Area primarily for Cormorant, Merlin, Golden Plover and Common Gull. It covers a total of 19,214 hectares. Connemara would be one of the strongholds of Merlin in Ireland.
As Merlin don't make their own nests they are reliant on old Hoodie Crow nests (we had one nest that was predated by Hoodies this year). By the end of the season the nest is left in a shambles so they have to find a new nest the following year. So there is no guarantee that they will even be on the same lough the following year. This combined with their incredibly secretive nature during the breeding season makes for a very difficult bird to monitor. To counteract this we put nest baskets over the winter which had hoped would be used by Merlin and due to their more solid construction could be used for a few  years in succession. They have been used to good effect in other countries in the past. The uptake so have has been zero but it's all in trial stage at this point.
I think I can say that getting to ring these Merlin was one the highlights for all three of us this summer. As far as we can make out it was the first time that pulli Merlin have been ringed in the county which isn't all that surprising as unitl very recently very little research has been undertaken on the species. 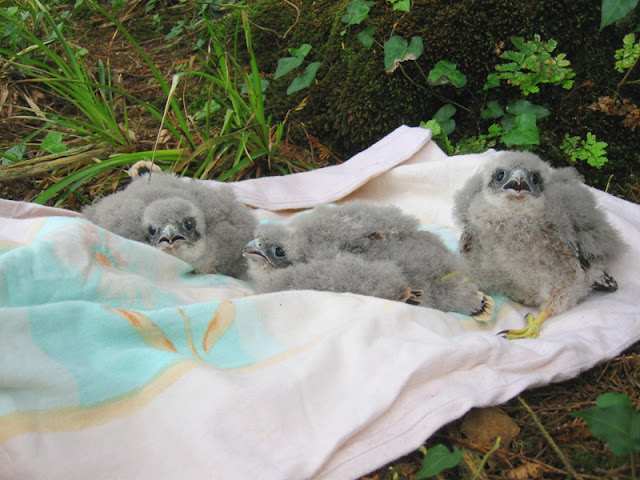 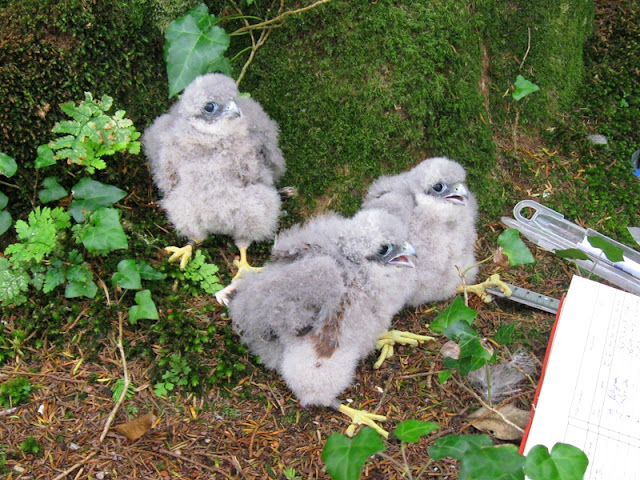 
Another day out on Roundstone Bog while doing more Merlin work. Great to have some half decent weather at last.

Posted by Dermot Breen at 13:41 No comments: