I took a run around the lakes and turloughs of East Galway yesterday as I haven't done so in a while now. Good numbers of duck at Rostaff in particular Shoveler and Tufted Duck.
Water levels were quite high at Rahasane Turlough even though they had been even higher recently. Lots of Wigeon and Teal as usual but the only bird of note was a second calendar female Greater Scaup. There was a female/first-winter Lesser Scaup reported from here about three weeks back...
Numbers of Coot and diving duck were significantly reduced from what they had been at Loughrea with no sign of the returning male Ring-necked Duck that was here earlier in the winter.
Star the male White-tailed Eagle has now spent several weeks in the Loughrea/Slieve Aughty/Portumna area now. He made a short return visit to Connemara but has gone back yet again. Although he did visit this area last year we are becoming increasingly worried about what is happening with the female bird. She doesn't have a satellite tag and hasn't been seen in a few months now. Although she could have temporarily moved out of the area like Star, there is every likelihood that something untoward may have happened. They really should be getting down to rebuilding the nest in the next while and Stars long absents are difficult to explain. Time will tell.

So back to yesterday. The highlight of the day was at Belclare Turlough where I managed to pick out a male American Wigeon out of the masses of the dabbling duck. This is about the ninth record for county Galway now. While looking at the American Wigeon I came across a striking looking drake that immediately struck me as very Baikal Teal like. However there were several things not quite right with it. It lacked any sign of a white vertical stripe to the side of the breast, the forehead and crown were the same bright apricot colour of the face and neck sides (Wigeon influence?), it lacked long scapulars and it was much closer to a Wigeon in size. Although on the other side it had a lovely bright emerald green face mask extending down along and at the back of the neck even with the tear drop line connecting the face mask with the black chin, the breast was lightly dappled pink, had grey flanks, the tail pattern was Baikal-like and the short scapulars and upperparts had limited rufous edgings. Close but no cigar I'm afraid! I think the most likely combination was Eurasian Wigeon x Baikal Teal. There was a Baikal-like hybrid down at Tacumshin Lake, Co. Wexford just before the first Baikal Teal was found and I've seen as few shots of other hybrids resembling Baikal Teal but the Belclare individual seems to be one of the more Baikal-like birds I've seen. If any one else has come across any better looking or similar hybrids I'd be interested in hearing about them.
I wonder if this was a hybrid that actually originated from within the Baikal Teal breeding range? Whichever the case it certainly was a very eye-catching bird. I've posted some shots and video of the hybrid and American Wigeon here but as they were taken at a distance with just the camera phone through the scope, the quality is very poor.
﻿

I got word from Derek Charles yesterday to say he and Majella Callaghan had a probable adult Slaty-backed Gull at Killybegs. Brilliant news but there was one little issue for myself, I was in Kerry for the day at the other end of the country! I had gone down to see the male Black Scoter at Rossbeigh which had been found the previous week. I joined up with John Murphy and Finbarr MccGabhann in Newmarket-on-Fergus, Co. Clare at 0700 hours having left Clifden at 0430 hours. The road were quite icy particularly on the way into Galway City. Anyway it was a very productive trip as we easily found the Black Scoter although it was just too far to even think about getting even record shots. Probably not the most exciting lifer I've ever had in Ireland but still. Later we had the long staying Spoonbill and five first-winter Glaucous Gulls at Cromane and also had decent views of the American Coot at Lough Gill.

So after finishing up in Kerry I made my way back north on 440km trip up to Killybegs. I stayed overnight in Charlestown, Co. Mayo. The roads were starting to become decidedly dicey at this stage by the time reached Charlestwon at 2100 hours. I managed to get up to Killybegs Harbour in reasonable time this morning considering the state of the roads. A quick look at the mudflat produced nothing so I moved onto the Main Pier where I immediately picked up the Slaty-backed Gull eyeing up some rubbish bags left beside the pier. Derek and Majella were already on it along with one or two cars. It showed at close quarters however the sun had yet to rise over the horizon so that coupled with some light drizzle meant the photos below were taken in horrendous light. After about 15 minutes it got up and flew the short distance to the slipway between the Town Pier and the Blackrock Pier. It remained here on the end of the end of the slipway for another fifteen minutes. Unfortunately it spent all its time here facing us with the sun behind it at a longer distance. It then got up and flew off back east towards the Main Pier, disappearing behind the pier buildings. Surprisingly it wasn't seen again for the rest of the day to the dismay of several travelling birders who missed it by only five or ten minutes.
My shots are quite poor and I'm not at all happy with them especially the flight shots. Seamus Feeney @northwest_natur and Declan Skehan @SkehanSligo took some great shots of it yesterday after travelling up from Sligo yesterday. It was on show for much of the previous day and was a big fan of the sliced pan apparently. I wouldn't mind catching up with another it or another one but I can't complain too much, at least I got to see it unlike others.
It certainly looks like a different individual compared to the Galway bird from last year. The Donegal looks like a bigger individual with a larger, thicker bill.
So quite a productive weekend for me. It's been a long time since I got two lifers in Ireland in such a short time period. 2015 seems to be off to a good start , I wonder what's next? 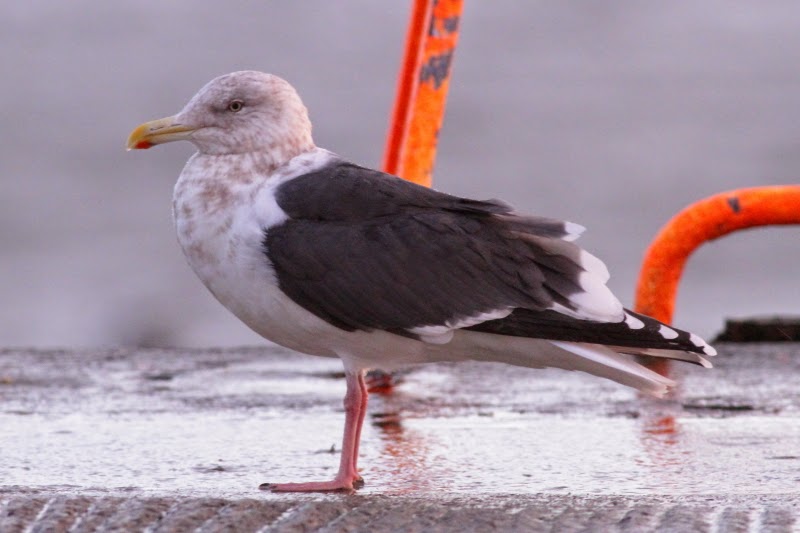 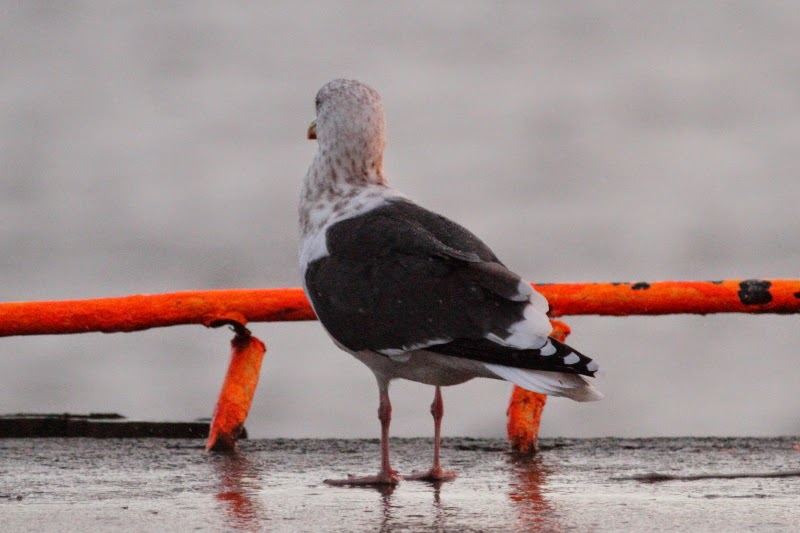 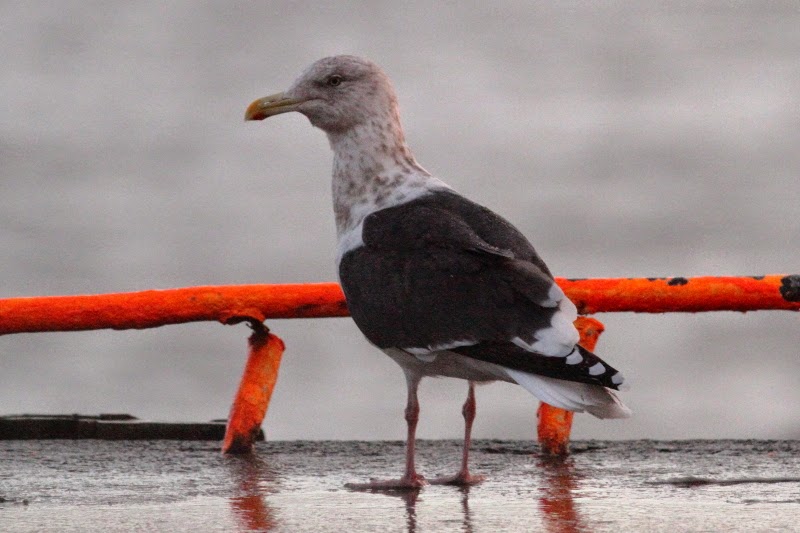 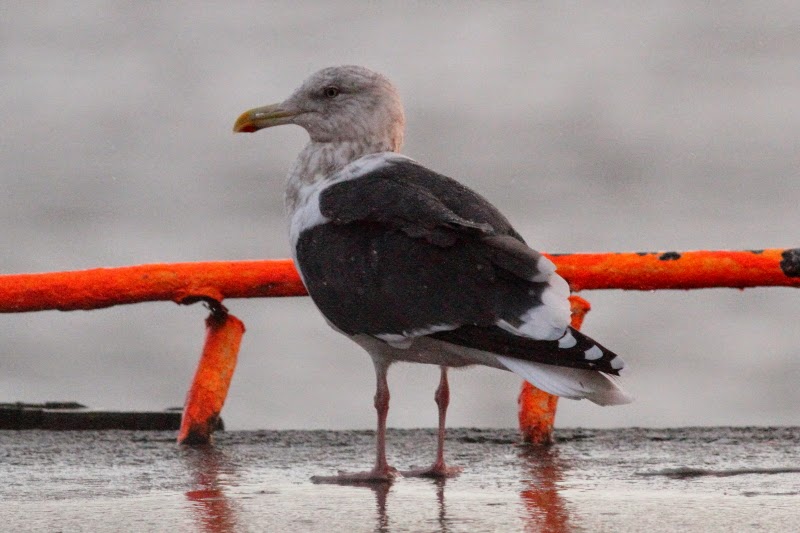 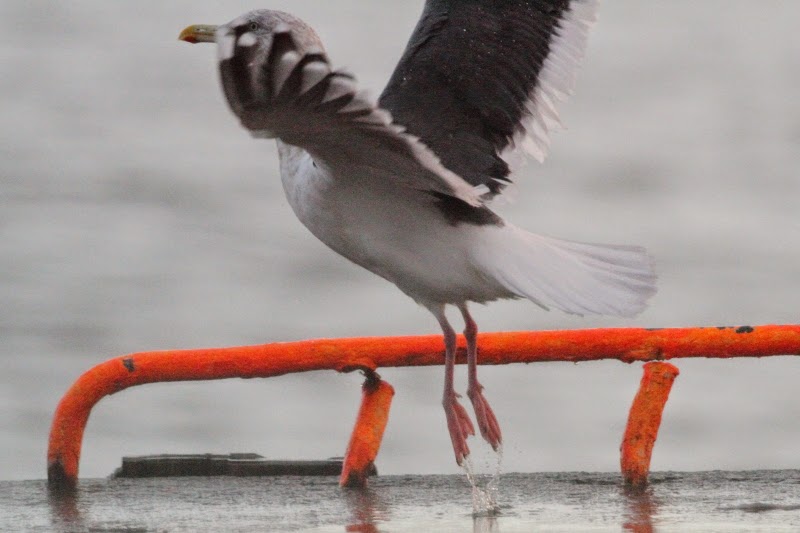 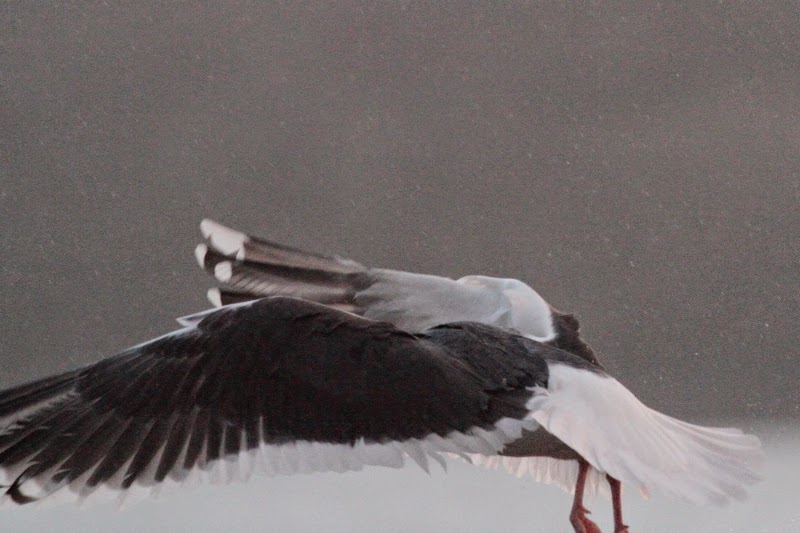 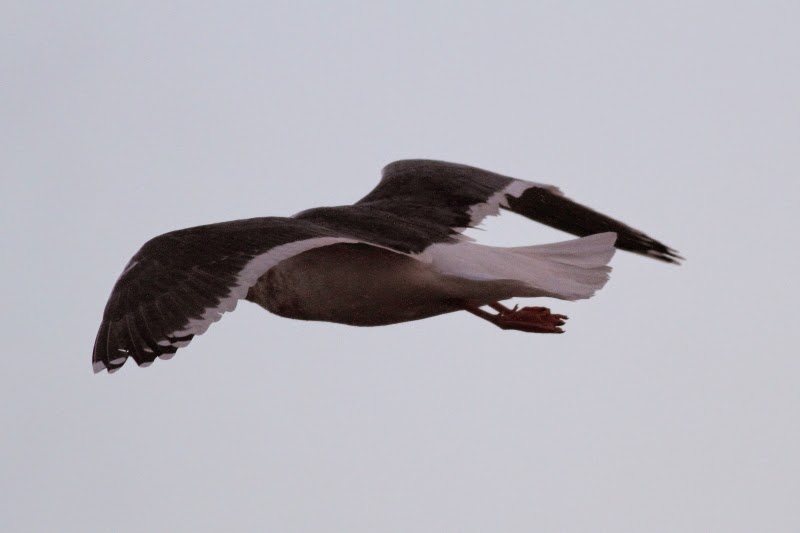 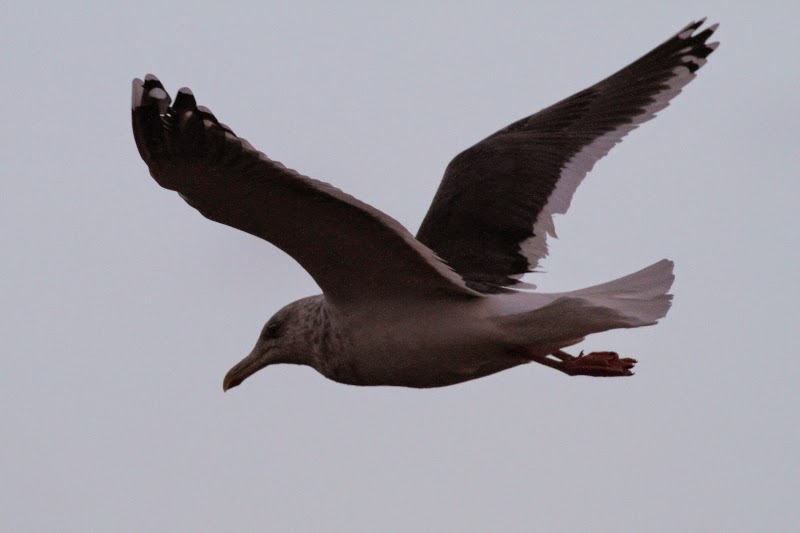 It's been a while since I've done a blog post. This is mainly down to a) the lack of birds and b) the very rough and continuing bad weather which doesn't exactly help when looking for birds. The gulls have gotten off to a rather disappointing start with very few white-winged gulls around at the moment. Nimmo's Pier is having another quiet winter and most of the other gull spots seem to be holding very low numbers of gulls. Considering the huge numbers that were in Galway Bay in November, you have to wonder where those huge numbers came from and then promptly disappeared into the ether?

I was out by Renvyle yesterday and several common species gave good views along the shoreline beside Renvyle Castle.
I should have plenty of photos for the blog come late February as I'm off to Arizona and California for three weeks in a fortnights time, really looking forward to it. The weather will certainly be an improvement anyway!