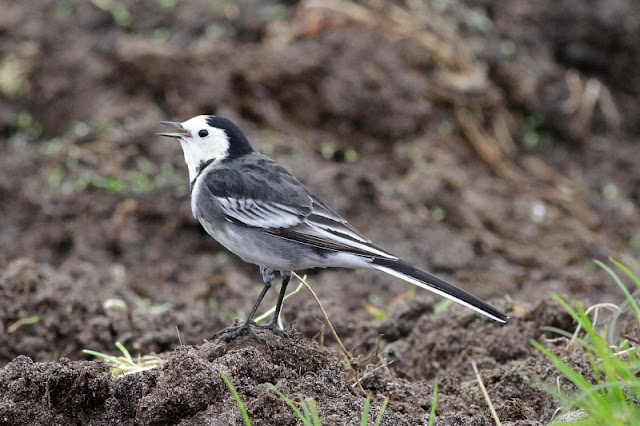 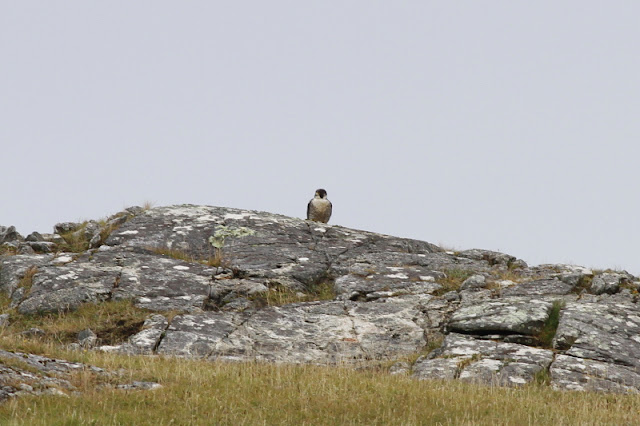 Checked Muckrush on the East side of Lough Corrib on the off chance that the water levels may have dropped with the dry weather over the last three weeks or so. To my surprise they had thankfully with a decent muddy stretch around the edges with most of the waders managing to feed in the middle of the main bay around the rocks. No hoped for American waders but it was great to get a colour ringed juvenile Greenshank. I managed to get the ring details after a bit (lime ring over dark blue ring on the right tibia and dark blue over black ring on the left tibia). I got news quickly back from Raymond Duncan about this bird. It had only been ringed eleven day previously at Tarty in the Ythan Estuary in NE Scotland! The Grampian ringing group have already had ten Greenshank resighted in Ireland to date, the nearest being in Kerry and Donegal.
Also at Muckrush on the Saturday were two Ruff, three Knot (site first?), five Dunlin, six Black-tailed Godwit with a few Snipe, Curlew, Redshank and Lapwing.


Took myself up to Achill on Sunday again in the hope of some Yank waders. It was pretty much a complete waste of a day all told. First stop of the day produced what was probably the best bird of the day (it all went quickly downhill from there out ;-) )- Lapland Bunting. It was feeding out on the salt marsh with a group of at least a hundred Meadow Pipits and a a few Rock Pipits. Too distant for any shots. Half a dozen roosting Ringed Plovers were the only "smalls" present. Also here continuing on from the Greenshank was a colour ringed Curlew. It had a yellow ring on the left tibia. I'm assuming there was a code on this single ring but due to the distance I just couldn't make anything out.
On to Achill island then and first site was the Keel golf course. Had a good look around but the only waders present were three Oystercatchers and ten roosting Ringed Plover around the small pools on the East end (looks good for Pec) not far from where the ridiculously tame Lesser Yellowlegs was a 2 - 3 years ago.
At least one Black Duck hybrid a Sruhill Lough which looked like a female. Good clear white leading and trailing edges to the speculum despite looking very good otherwise from a distance. There was another Black Duck type asleep out on one of the small islands but I just didn't get clear views to rule in or out the genuine thing. One female-type Merlin also here, they really can cover an incredible distance in a hurry when they want. One "scaup-faced" female Tufted Duck on Lough Doo and half a dozen Lapwing on the nearby machair. The tide was in so most waders spots for the first half of the day were write-offs.

So enough of Achill. I really do dislike the place, I don't know what I thinking - I blame J.Jones and R.Bonser!
Onto Corragaun Lough where there were just 30 or so "smalls". They didn't hang about for very long as a juvenile Buzzard appeared out on the machair. An odd bird for this part of Ireland. I've only seen about three or four out in Connemara in four years. Water levels at Roonagh had thankfully dropped a bit but didn't seem to make much difference to the birds with nothing of note seen. Finished up the day at Gortnagarry Strand which is about 2km South of Roonagh Point. This usually holds the best numbers of waders along this stretch of coastline around low tide. I could make out two different colour ringed Sanderlings here but couldn't get the details as they were very flighty and just keep getting further and further away in the dying light.
Posted by Dermot Breen at 23:33 No comments: 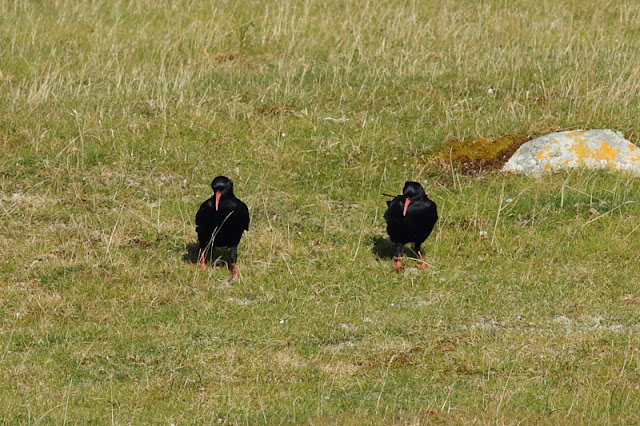 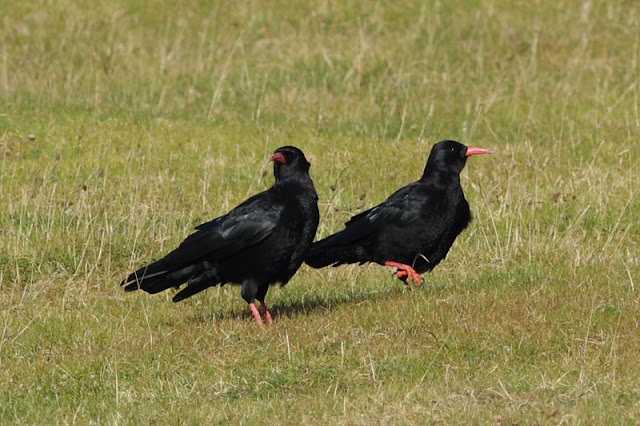 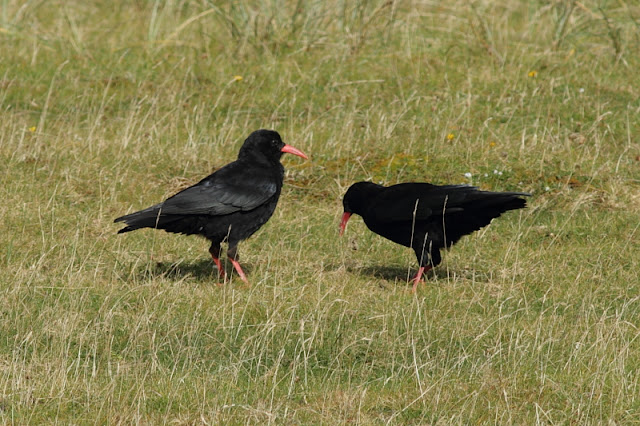 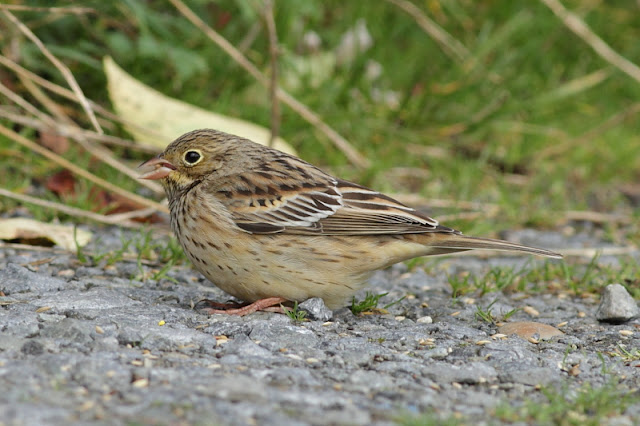 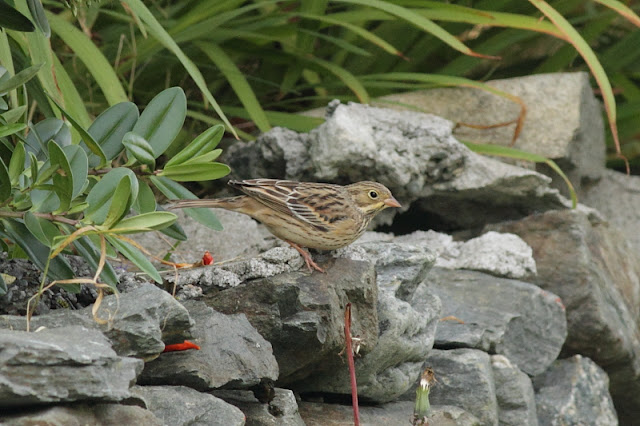 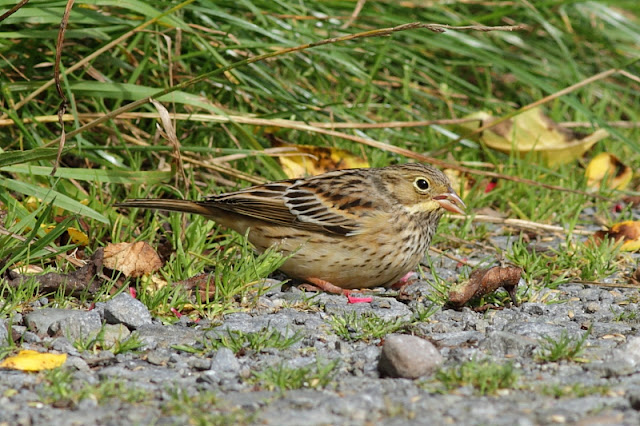 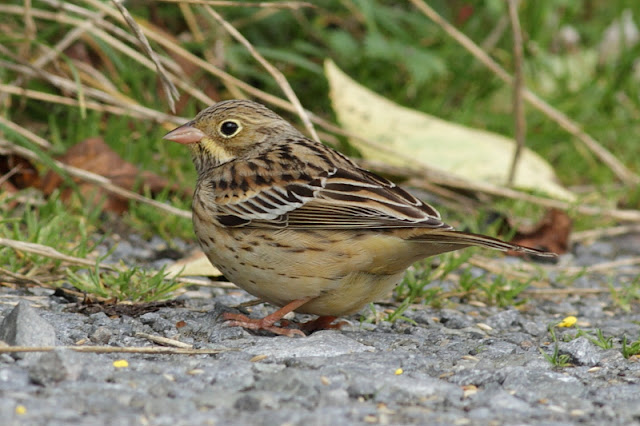 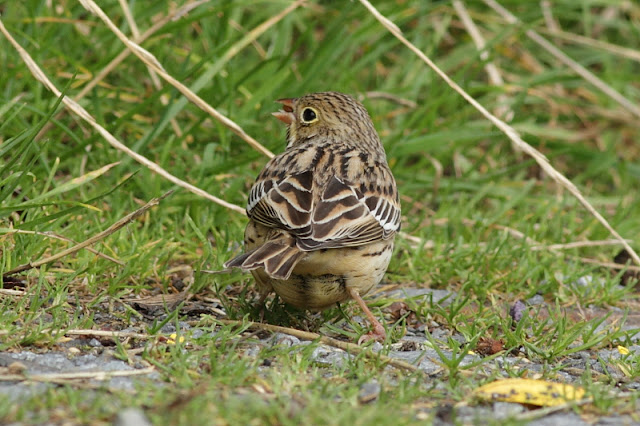 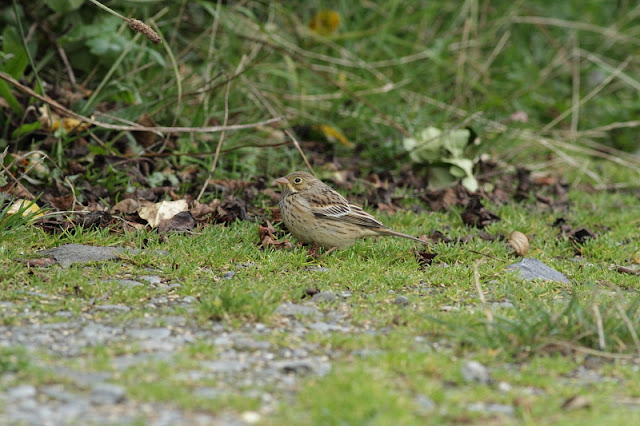 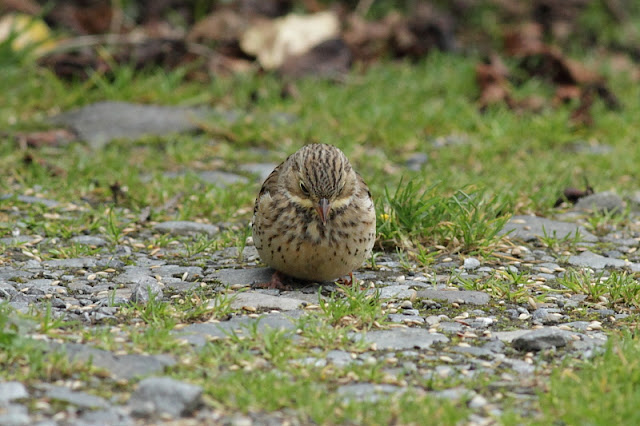 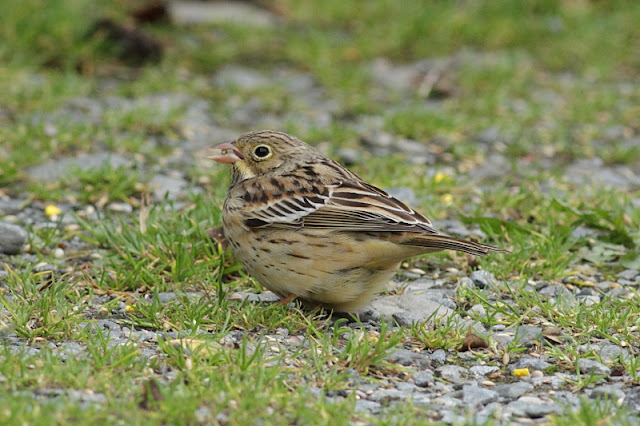 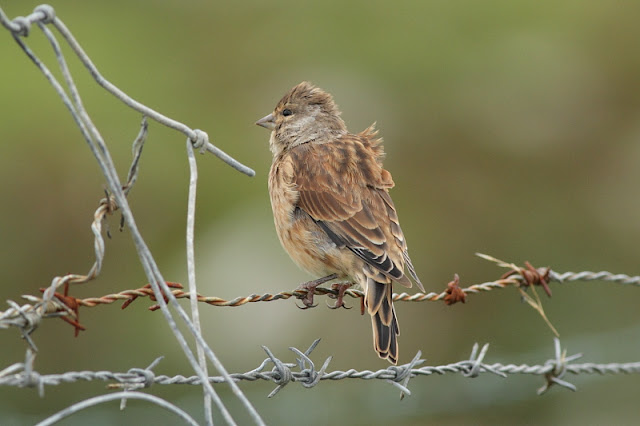 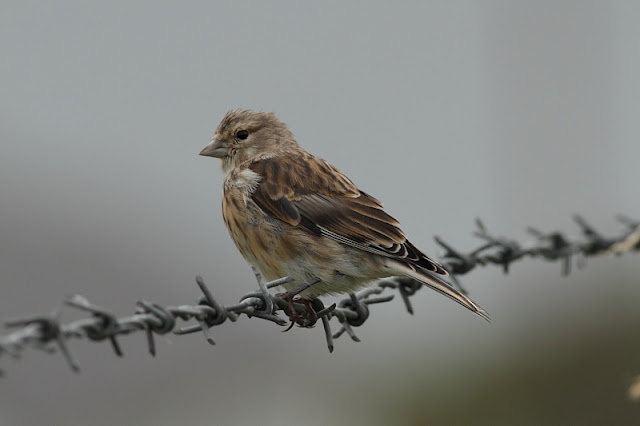 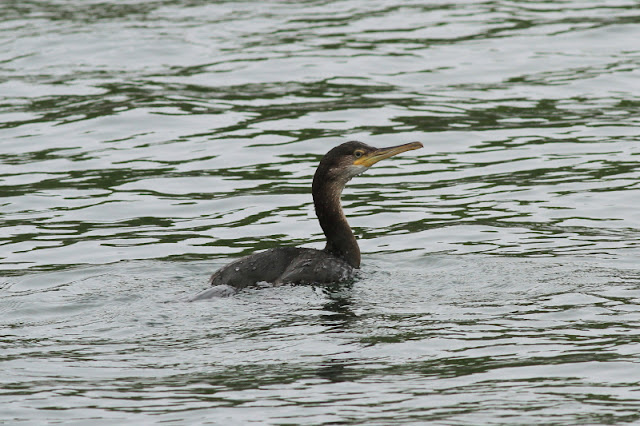 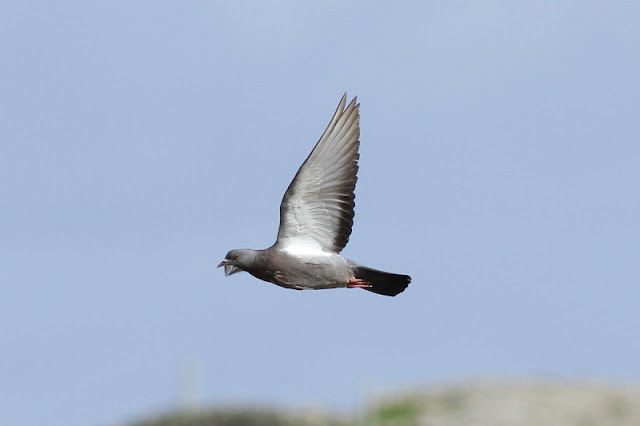 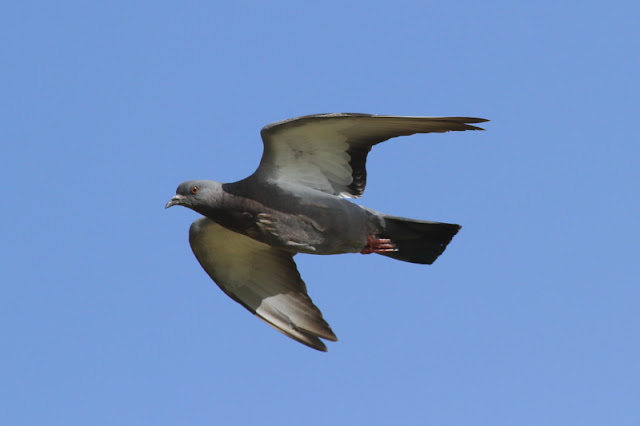 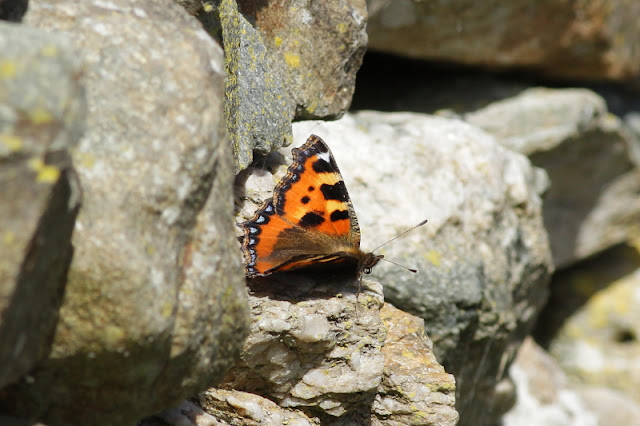 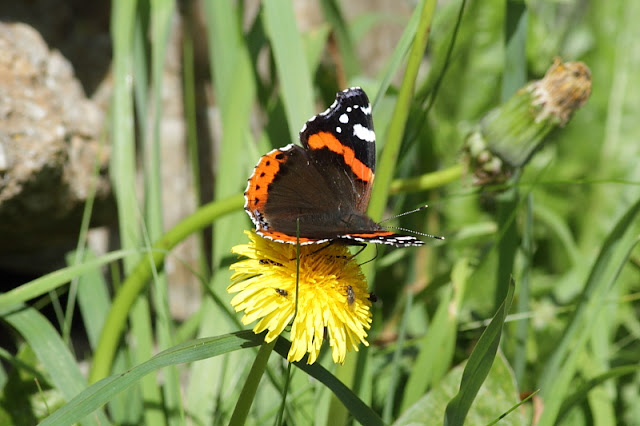 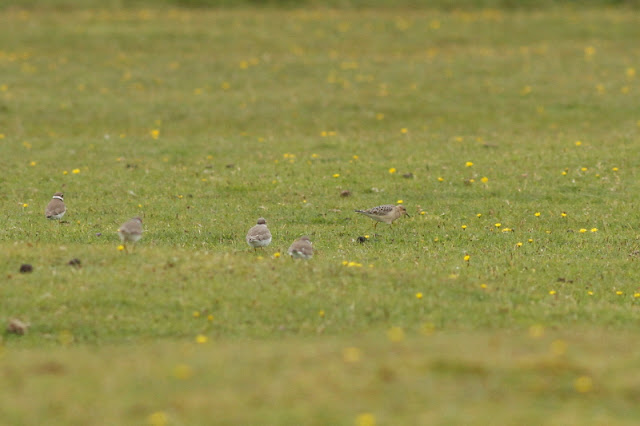 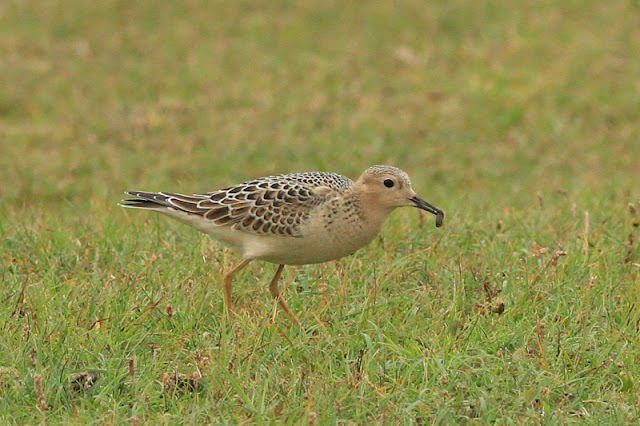 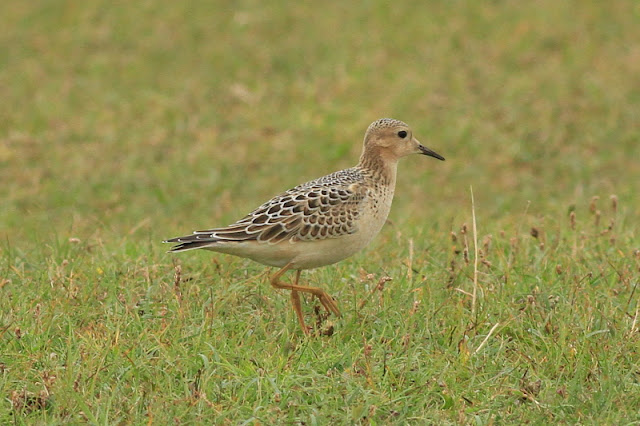 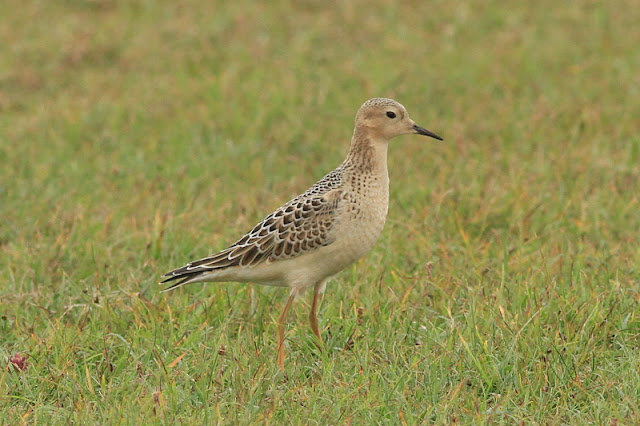 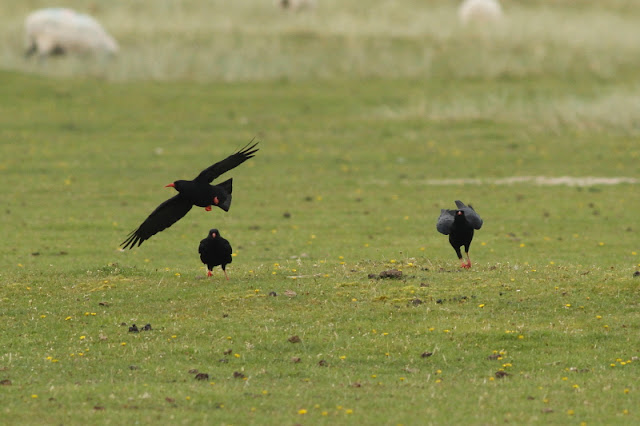