Some shots of Broad-leaved Helleborines from near Clonbur just over the border in county Mayo. Orchid tick for me. I've never come across the species before despite it not being a particularly rare woodland species throughout Ireland. They were a lot shorter than I was expecting with none being more than 30cm high. 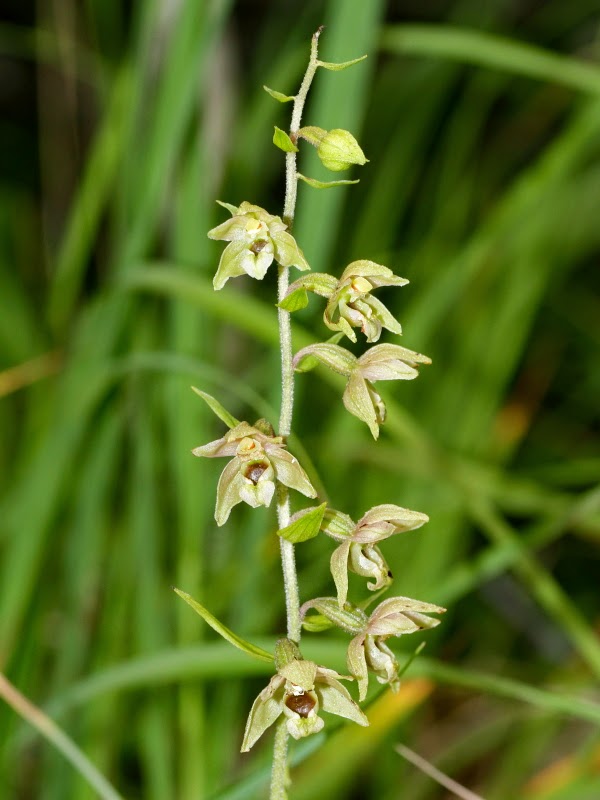 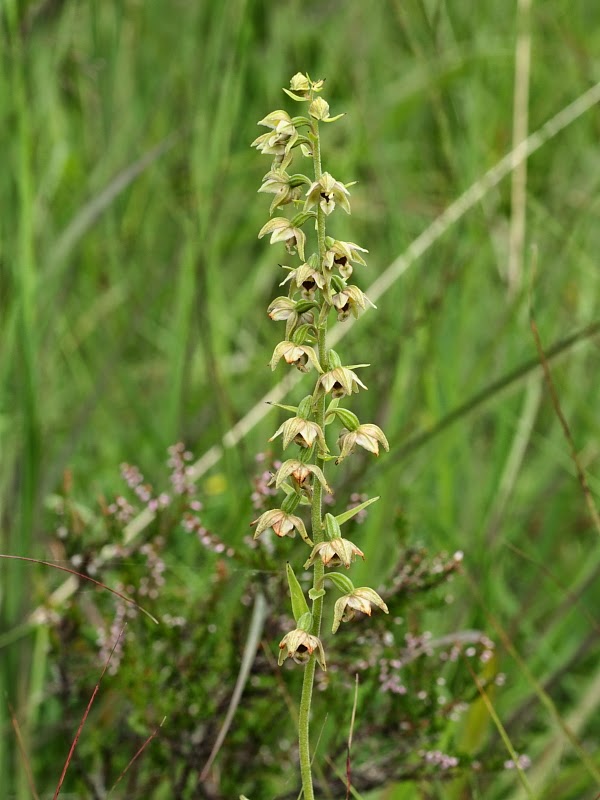 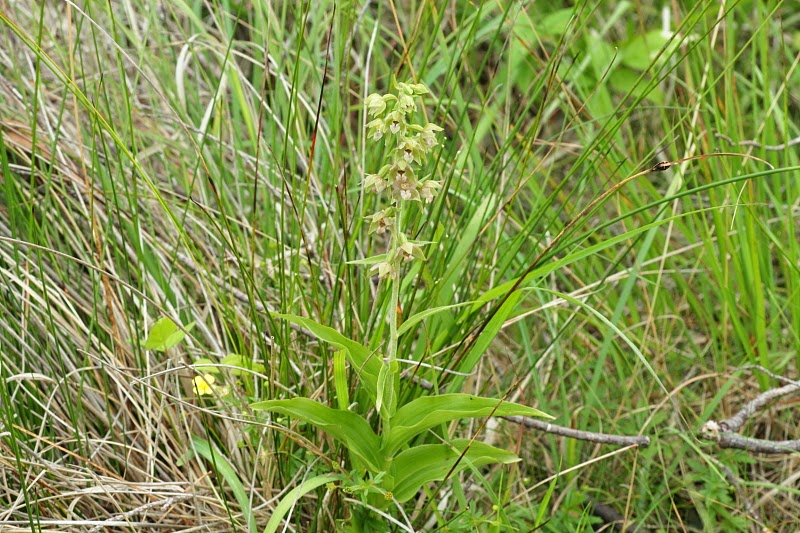 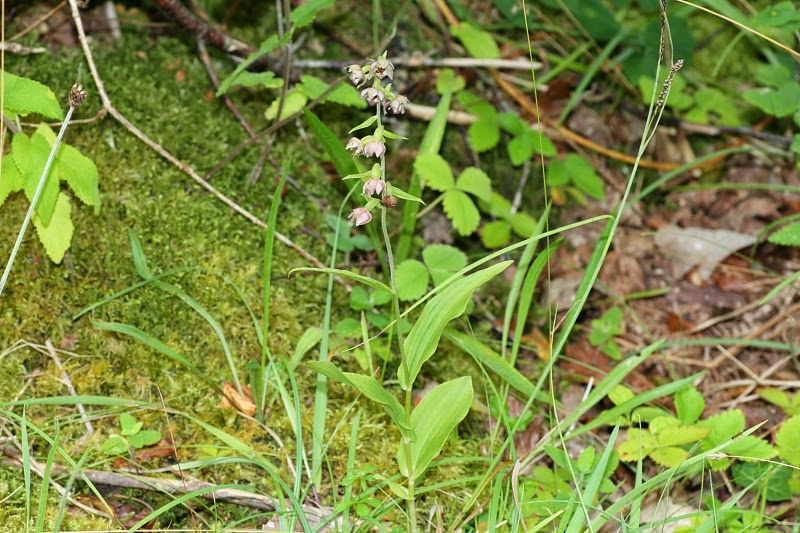 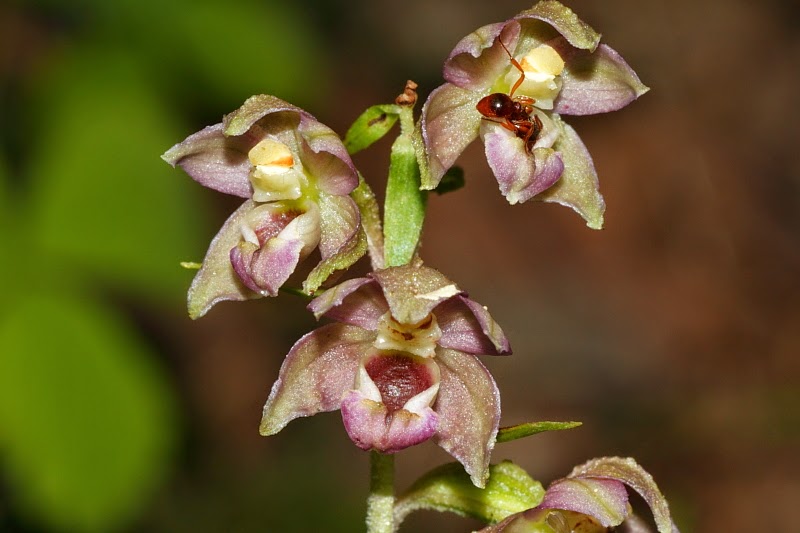 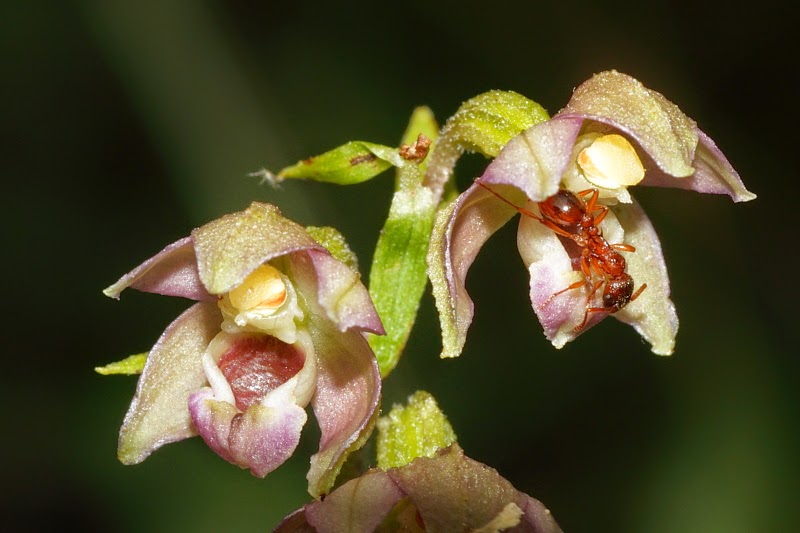 Posted by Dermot Breen at 21:27 No comments:

A few shots from the new Sony Xperia Z1 Compact camera phone. Quite impressed with the Sweep Panorama feature for landscape shots. It's got a 20.7MP camera so the quality isn't bad for a phone. I've yet to fully try it out for digi-scoping. The White-tailed Eagle was taken at a distance of 1.5km so I wasn't expecting much anyway.

Posted by Dermot Breen at 12:09 No comments:

A few random shots from the last month or so.

A few poor flight shots of some adult female and male Merlin. The female has six new inner primaries, p7 is growing and the outer three have yet to be replaced. 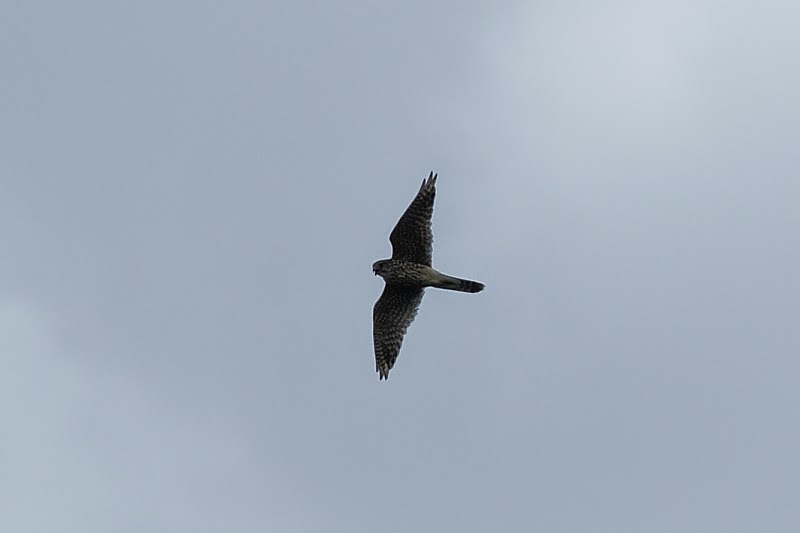 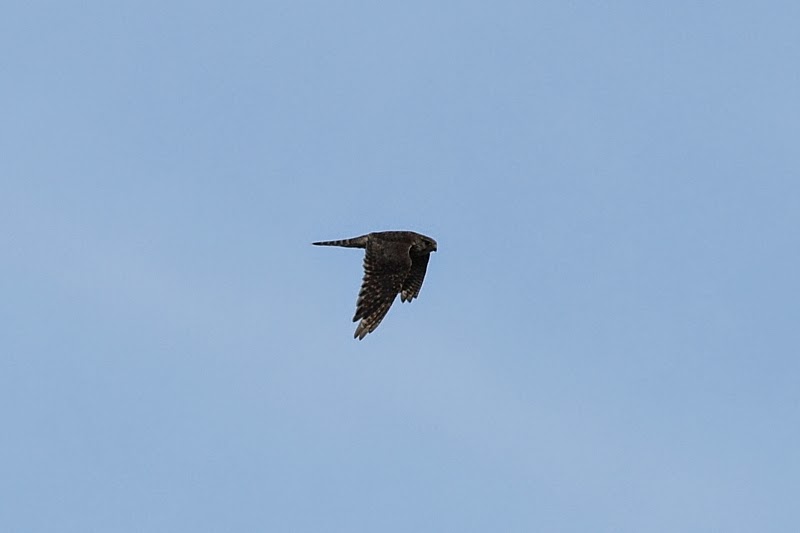 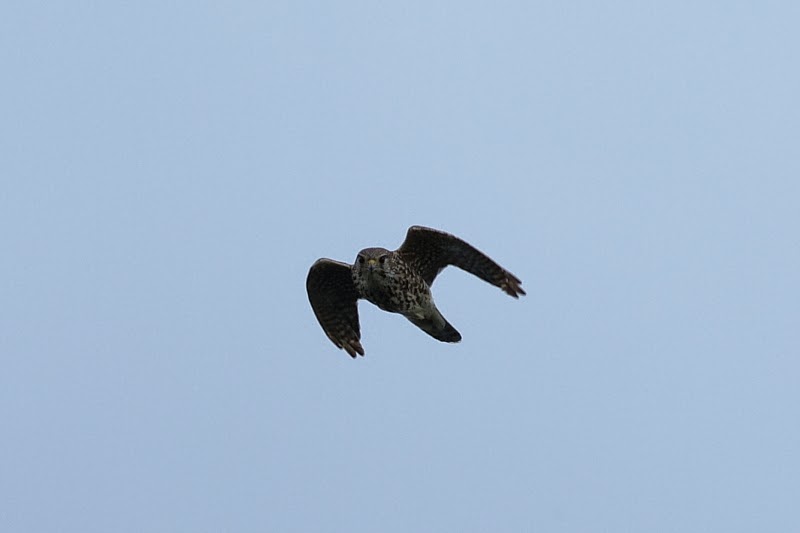 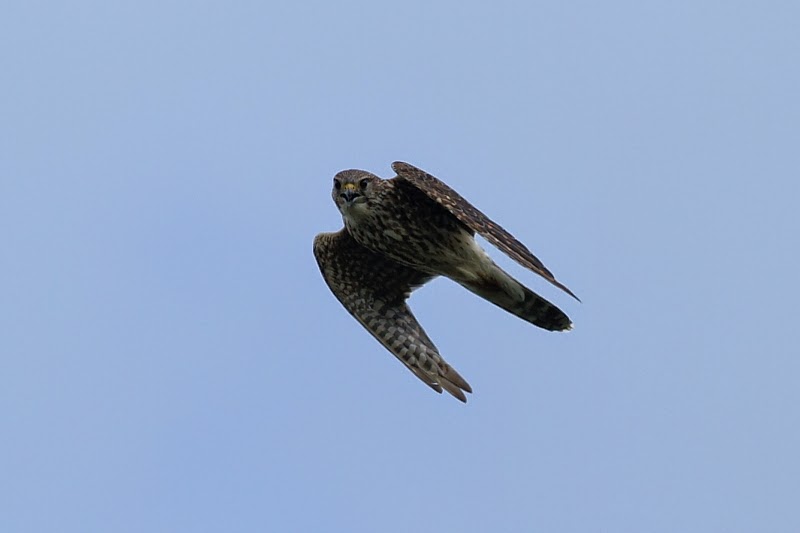 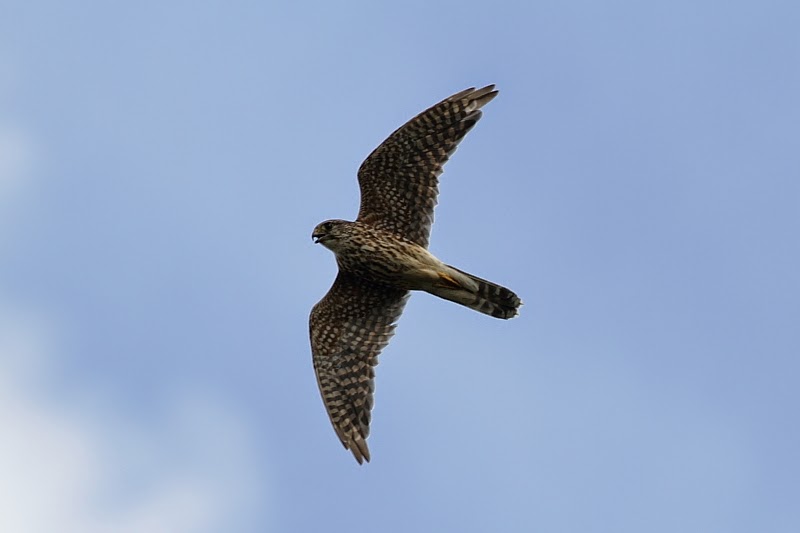 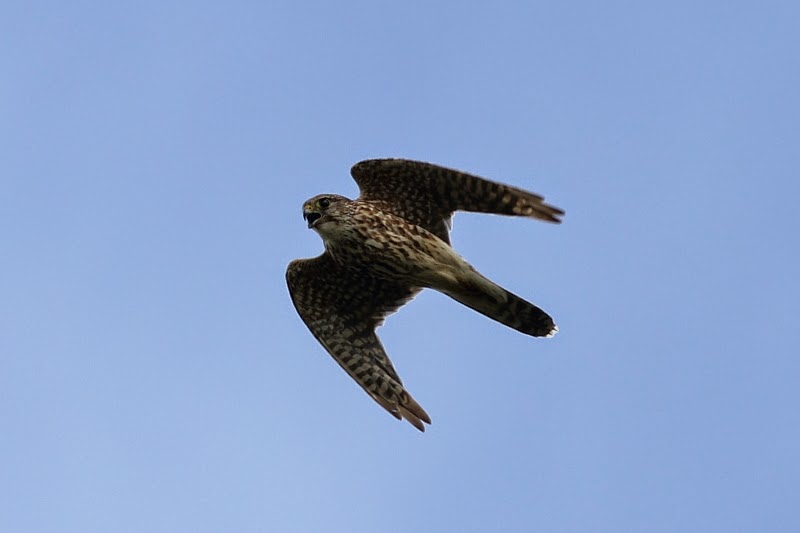 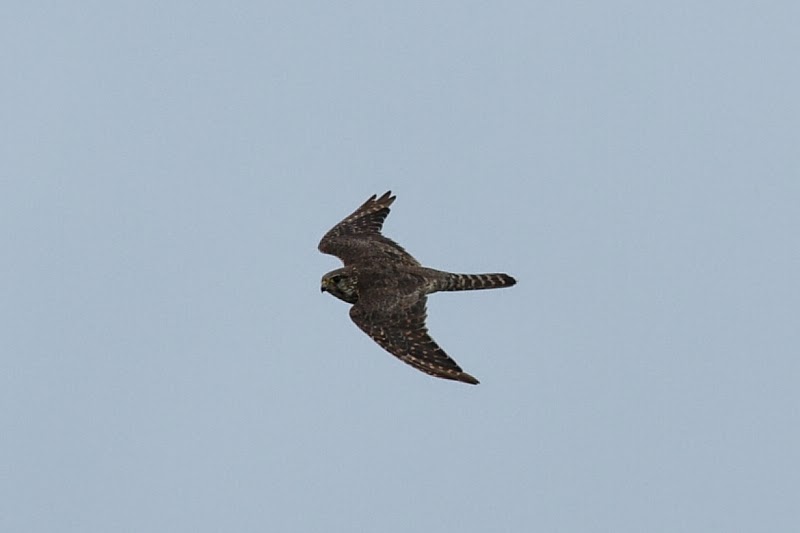 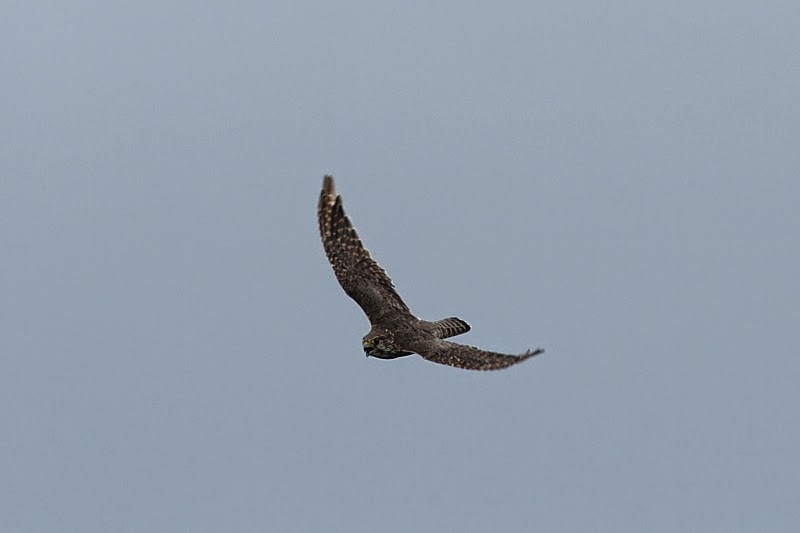 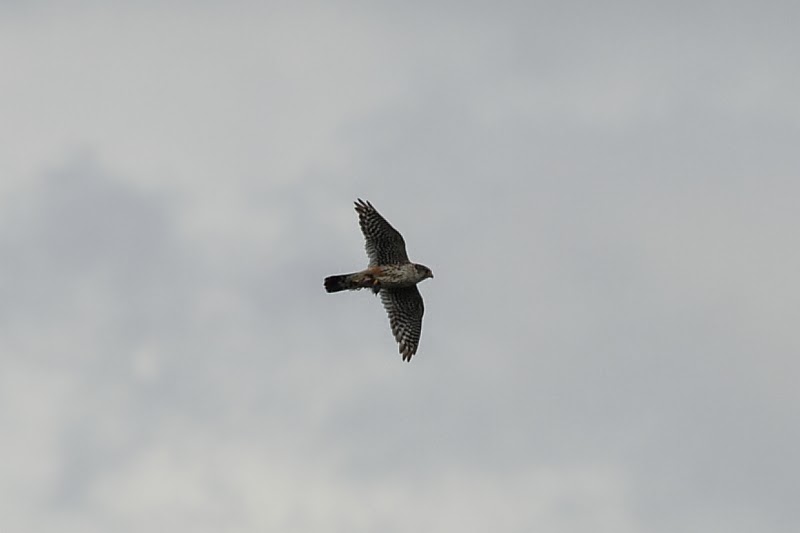 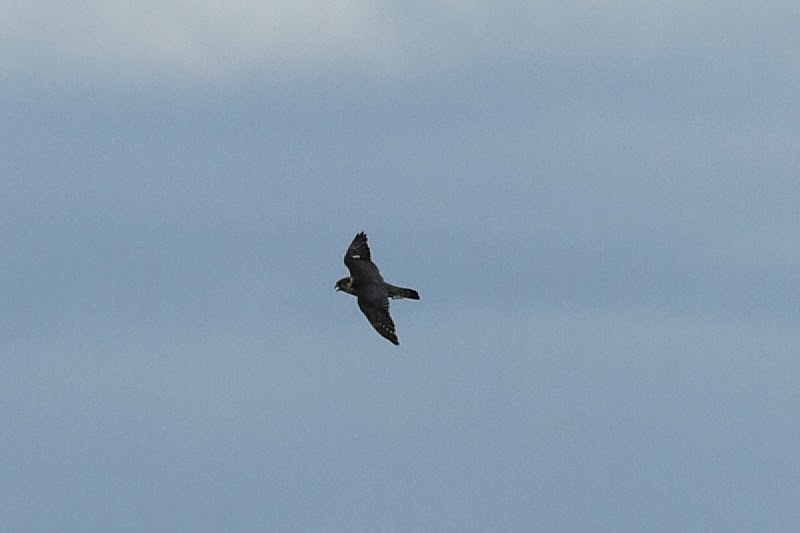 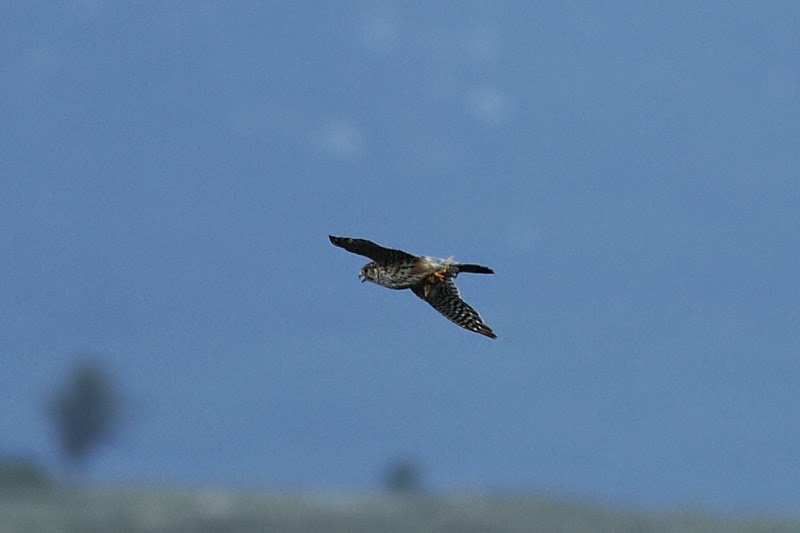 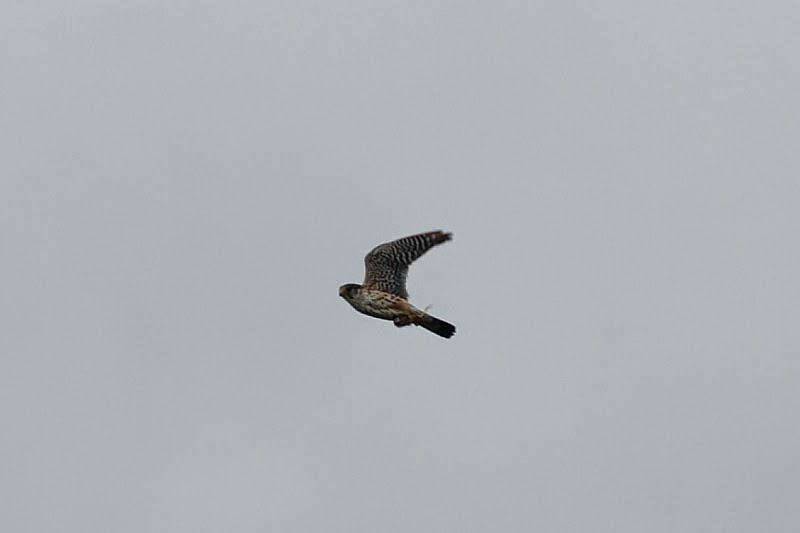 Posted by Dermot Breen at 20:02 No comments:

Best of the lot saved for the end - Merlins! These are the smallest Irish bird of prey. Connemara is one of the strongholds for this species in Ireland. The only national population estimate I can find for the species comes from Birdlife International which stands at 110 - 130 pairs for the Republic. I'd imagine this is a fairly vague estimate as there has never been a countrywide survey of this Annex 1 species. Each EU country has a legal responsibility to regularly monitor Annex 1 species under the EU Bird Directive. Ireland Inc. appears to have missed that particular memo which is standard fare for this country when it comes to anything related to our natural heritage.

A pilot Merlin Survey was carried out in 2010 by Darío Fernandez, Damian Carroll and John Lusby. While a huge amount of time was invested in the pilot survey by the three lads and many other volunteers, it was never meant to be a comprehensive survey and its main objective was to evaluate survey methods used to survey Merlin and determine which of these would be best used in an Irish context.

A detailed survey was undertaken by Paul Haworth and Pádraic Reaney in the mid 1980's over two seasons. A total of twelve pairs were recorded in Connemara. Only two of these were ground nesters, the rest were found in old Hooded Crow nests in trees. Most of the nesting locations were on small islands in the many lakes/loughs scattered throughout the extensive blanket bogs of South Connemara.

As Merlin (like all falcons) don't make their own nest, they mainly use Hooded Crow nests here. Usually after using a nest for one year they need to find another nest the following year as the parents have no nest maintaining skills. This means they have to move to another island or even a new lough which makes it very difficult to find them from year to year. Combined with their secretive behaviour when nesting and the difficult terrain in which they breed, it makes for challenging survey work to say the least. With the likes of Ravens, Peregrines and a lot of Kestrels all it takes to find a breeding pair is to check obvious ledges on cliffs, quarries for an obvious nest and ledges or holes in a cliff. They also regularly use the same sites year in year out unlike most Merlin.

There are several ways of checking for Merlin. The first is looking for plucking posts. These are usually the tops of peat hummocks, small hillocks, large rocks and fence posts. Zig-zagging between infinite possible plucking posts can be exhausting and frustrating when more often than not you can go for days out on the bog within even seeing much signs of Merlin. Moth wings are a frequent feature on these posts and usually feature large day-flying moth species found on open bog usually Northern Eggar, Fox and Emperor moths. Bird feathers are the main objects found however. Meadow Pipit is by far and away the commonest species encountered. They will often raid nests if they come across them as partially pinned feathers are regularly seen. Skylarks, Wheatears, finches, Swallows and Snipe are the commonest other bird prey items.
Another method of checking for breeding Merlin are vantage point watches. This isn't so easy when you consider you have up to 50,000 hectares to check so this isn't really viable.

Once a breeding pair have been pinned down to one particular island it's necessary to find the actual nest that they are using that season. The nests can be well hidden in Holly trees or Ivy covered trees. This involves swimming out to the island. Using small boats to access islands isn't very practical as most of the breeding sites involve a hike of a few kilometres across the bog, a bit of a hassle hauling a boat over that sort of terrain. Walking out to these islands in wet/dry-suits at the height of summer can be an interesting experience!

I've only been looking for Merlin in West Galway for the past three seasons. In 2012 I came across three pairs and we ringed one of these with John Lusby. In 2013 I had four successful pairs and two of these broods were ringed. This year I only managed three pairs, two of which were ringed. All of these were ringed under license of course. I suspect that there has been a significant decline in recent times and again this year some pairs may have failed at the egg stage, in a similar manner like many of the Kestrels and Peregrines.

All photos taken under license from NPWS (forgot to mention the same goes for my shots of the Ravens, Kestrels and Peregrines in previous posts also). 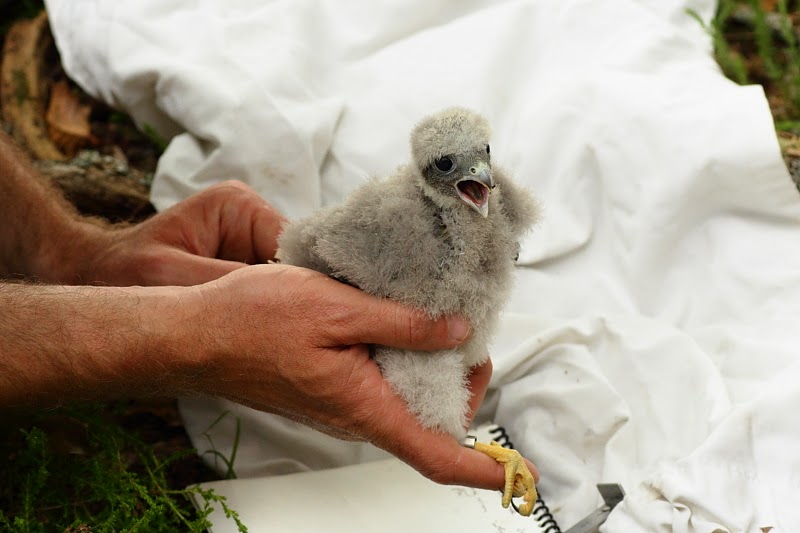 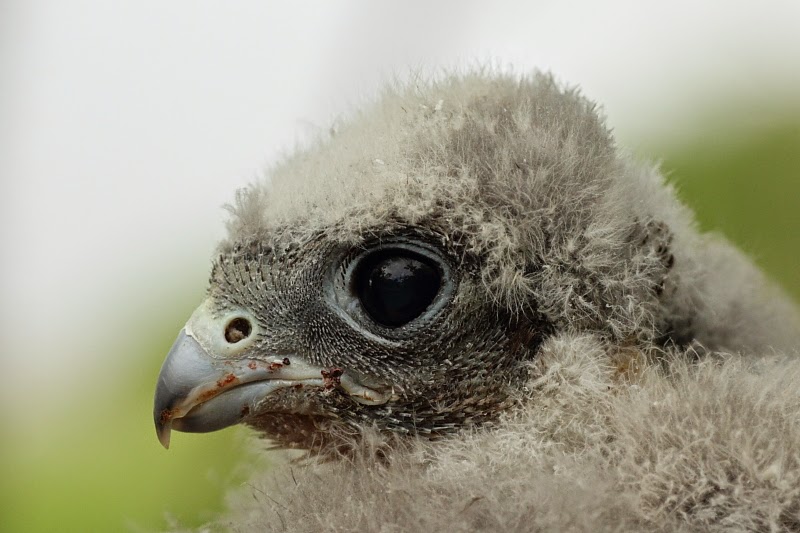 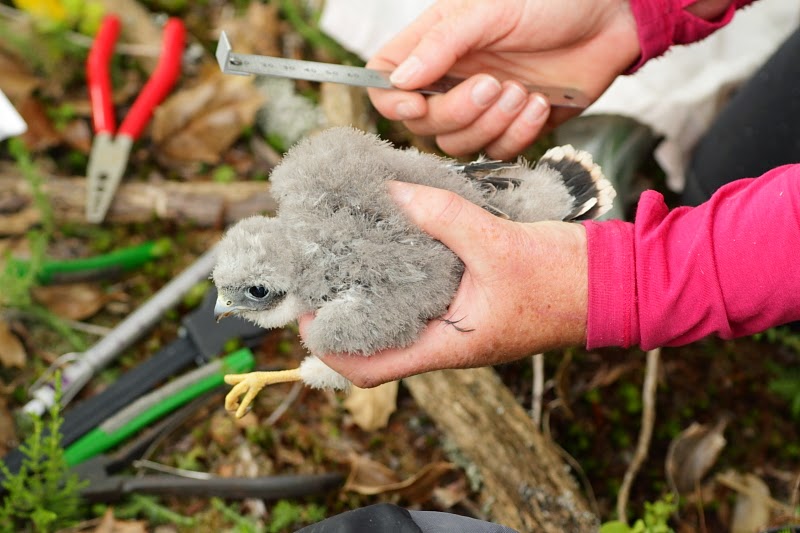