We said goodbye to the Coral Princess first thing in the morning. The whole disembarkment process and immigration process was very painless and well organised. We headed a very short distance to pick up our two vehicles - a small van and a 4x4 with an open back. As a result, all the baggage had to be carried in the back of the van that Billy and myself drove over the next few days. We had a bit of a wait until the car rental opened.

We were a little concerned in the run-up to this part of the trip as there had been widespread civil unrest in Chile for a few months as a result of the rising cost of day to day life and general inequality in the country. 36 protesters had been killed and thousand injured and arrested. States of emergency had been declared in many areas of the country. While we were waiting, signs of the ongoing protests were evident on the streets in the form of numerous graffiti on walls, remains of roadside fires and even some of the large windows of the rental place were boarded up having been smashed by protesters. We encountered two small marches during the entire trip but otherwise we had no trouble whatsoever thankfully.

We eventually sorted out the paperwork for the rental vehicles. Neither vehicle was up to the main car rental standards as they were probably the dirtiest rental vehicles I have encountered. Anyway we were shortly on our way to Parque Humedal Rio Maipo just on the outskirts of San Antonio. This quite a productive little area where the Maipo River flows into the sea. Nice selection of species here including Giant Hummingbird (largest hummingbird in the world), Hudsonian Godwit, Grey Gull, Peruvian Booby & Pelican, White-tailed Kite, Cinereous Harrier, the extremely shy Dusky Tapaculo, stunning Many-coloured Rush-Tyrant and Yellow-winged Blackbird.
https://ebird.org/checklist/S63073917

We moved across the city over to the north side of the city. We had forgotten that it was a Sunday and every beach-front area was absolutely crammed with locals. Parking was nightmare but we eventually found a small nature reserve called Humedal de Cartagena, just behind the coast consisting of brackish lagoon. We did not stay long as we were moving inland and up into the hills for the next few days. While it was a brief visit there was a nice selection of waterbirds present.
https://ebird.org/checklist/S63074285

On our way to our final destination of Hostería de Vilches we dropped off Jim Dowdall in the town of Talagante. Jim made the short journey from here into Santiago to catch his flight back home. From here on out it would be just the five of us. 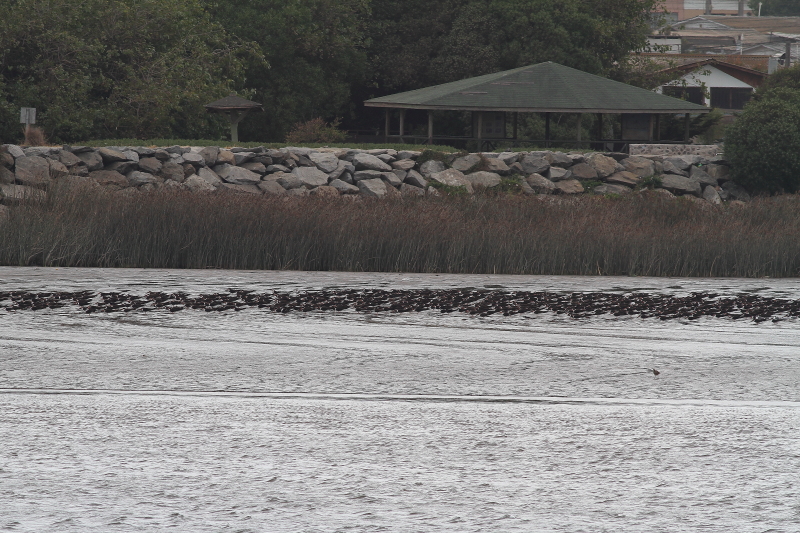 Posted by Dermot Breen at 10:33 No comments:


Hard to believe today was our last full day on the Coral Princess. Amazing how a fortnight can fly by. The day to day experience on the ship was great although I probably didn't partake in 90% of the facilities being too busy out on deck birding. On the last two evenings I decided to skip our usual dinner arrangements in the Bordeaux restaurant as I noticed there was a bit of an increase in the bird activity in recent evenings and honestly didn't want to miss a minute as I knew time was rapidly running out. A visit to the Horizon Court buffet after sunset was a lot more straightforward rather than a three-course meal which could take up to 90 minutes while it was still bright out.

The big subsequent news from the Coral Princess was the fact that it got caught up in the current Covid-19 pandemic like most other cruise ships. While undertaking the same tour in reverse this whole thing kicked off. They eventually managed to finally dock in Florida after nearly a month of being turned away from every port between the Falkland Island to Florida. At least two people died onboard where this was going on with passengers confined to cabins for long periods. Sounds like the cruise from hell. It's times like these you have to apreciate how lucky we were on our trip.
https://www.businessinsider.com/coral-princess-cruise-ship-docked-in-miami-with-coronavirus-cases-2020-4?r=US&IR=T#any-passengers-or-crew-who-are-sick-with-respiratory-symptoms-are-required-to-stay-aboard-until-cleared-by-doctors-16

So back to the birds. Yet again today like nearly every day at sea, we had a unique makeup of species. I had my first and only Grey Phalarope, Arctic Akua, Franklin's Gull and De Filippi's Petrel of the trip. The Arctic Terns were easy enough to separate from the previously encountered and extremely similar, South American and Antarctic Terns due to the fact that they were in full winter plumage as opposed to the full breeding plumage of the other species. Again, the Salvin's Albatross kept their distance living up to their alternative name Shy Albatross before being split into three species. We had also hoped for the outside chance of Chatham's Albatross but given the distant views and relatively low numbers we weren't lucky. All in all it was a superb trip for seabirds which we all thoroughly enjoyed. In all during the cruise I personally had five Skua species, four Gull species, three Tern species, six Penguin species (we would get Humbolt later in the land-based trip), eleven Albatross species, four Austral Storm Petrels, 17 Petrels, six Shearwaters and two Diving-Petrels. Not a bad haul with 40 tubenose species alone.

I would have been keen to do another cruise trip at some stage as there is no long days on rough tracks, packing up and moving to a different hotel every day or two and the excellent facilities with English speaking staff. However after all of the recent developments I'm not at all sure now! 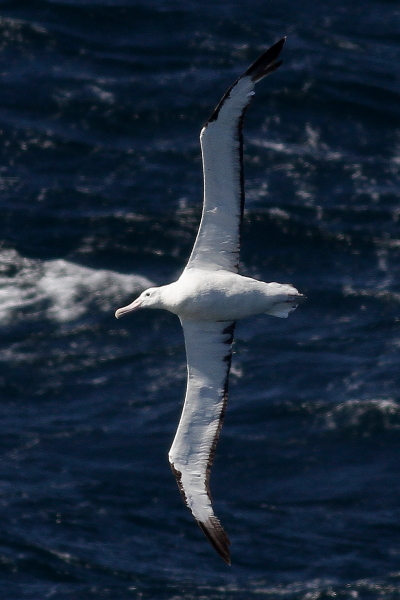 Posted by Dermot Breen at 09:55 No comments: