Posted by Dermot Breen at 18:32 No comments:

We're nearly finished up with the Raven ringing already this year. They are one of the earliest breeders amongst the Irish avifauna. Most chicks will probably be on the wing now within the next week or two. We've managed to ring a total of 29 chicks from eight different nests visited which gives an average of 3.6 chicks per nest. While this is an extremely small sample set, it is a very high ratio. One of the nests visited had failed. I've added captions to most of the shots below with further info. Again all of these shots of nests, eggs and young were taken under license from NPWS.

Posted by Dermot Breen at 07:57 No comments:

Another highlight from last Friday on Inishbofin were the great views of Black Guillemots. Black Guillemots gather just offshore from their nests first thing in the morning. Morning counts are the standard means of surveying the species as they generally are out of view when at the nests as these are usually under boulders at the bases of cliffs. Pairs often squabble amongst themselves and can be quite vocal giving a high pitched wheeze. I had two separate flocks up at Dún More of 20 and 23 birds and a further 15 off the back end of Knock. I'm sure there are plenty other pairs around  the island. 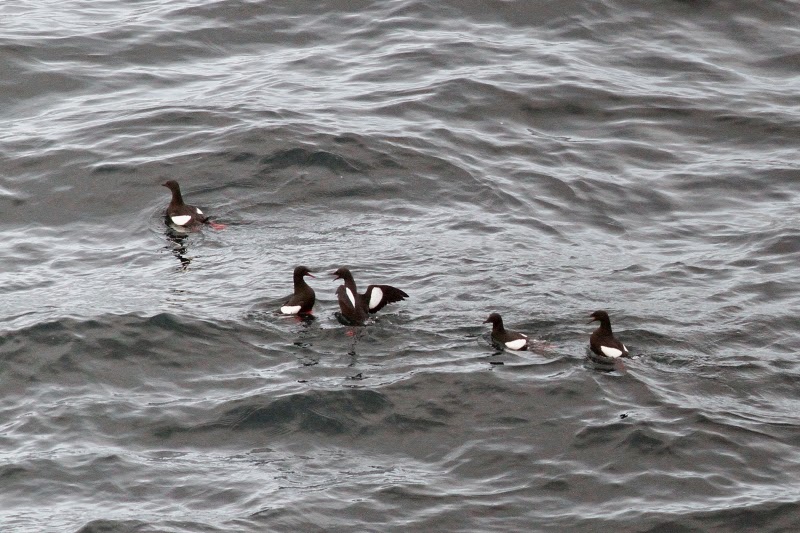 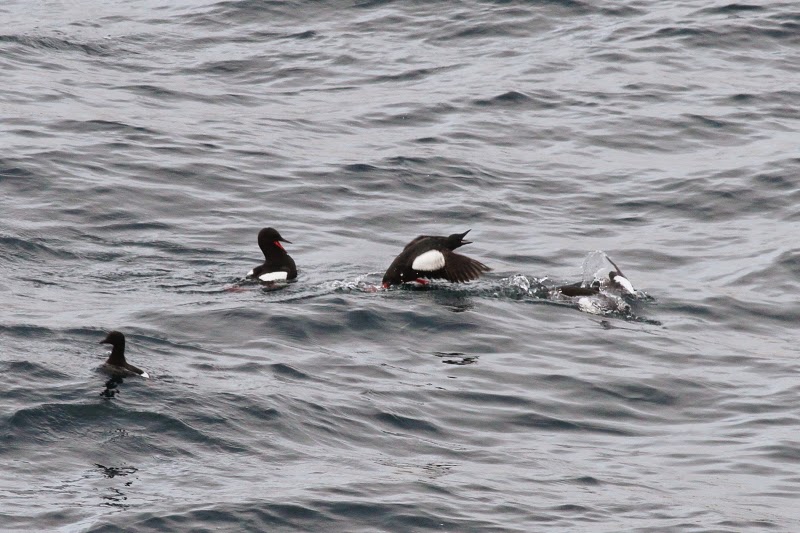 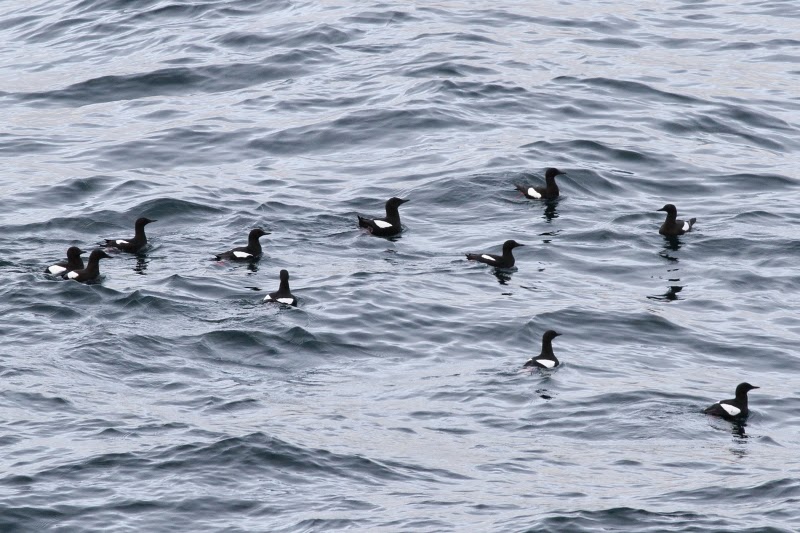 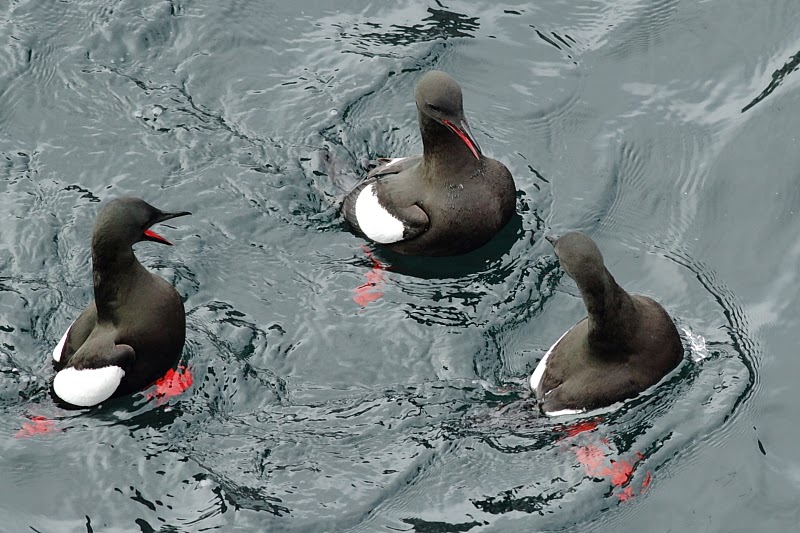 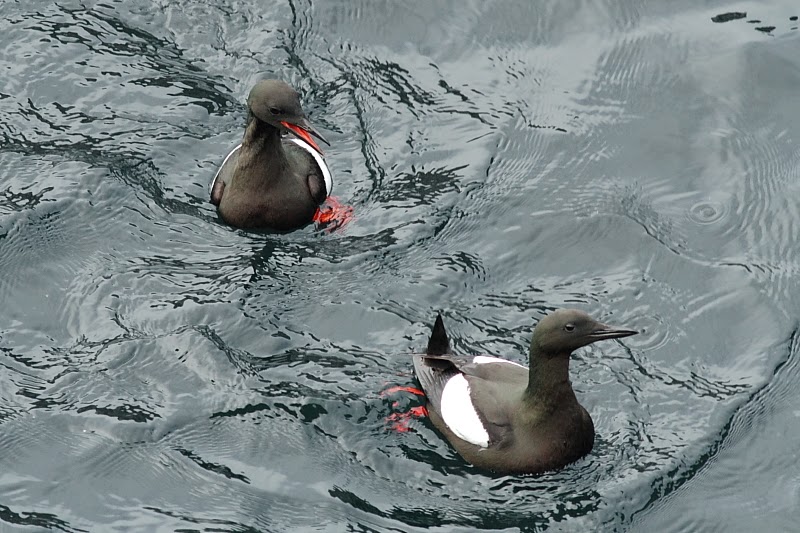 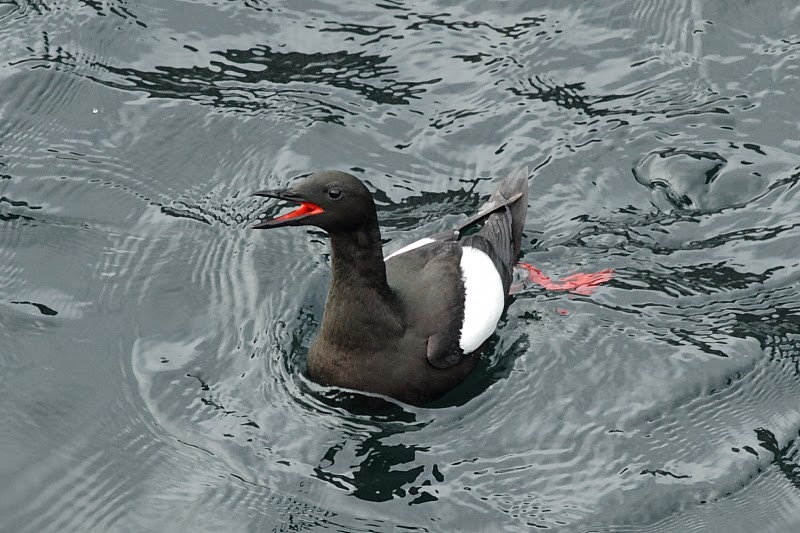 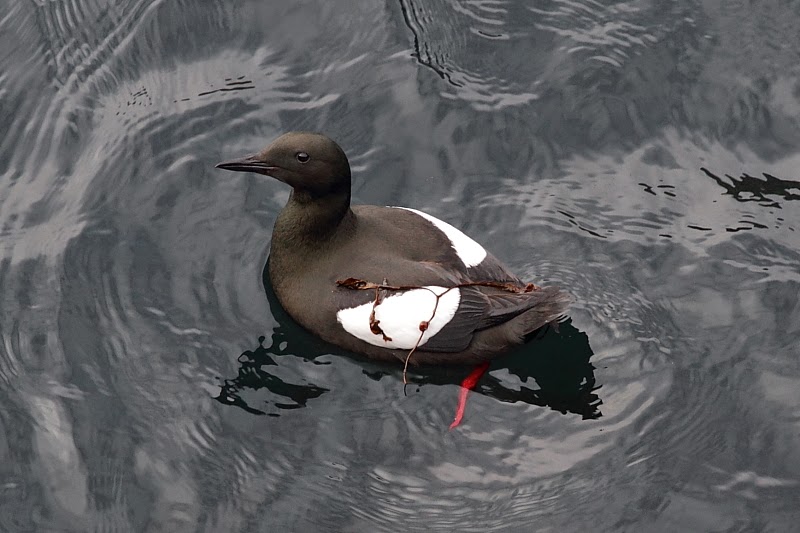 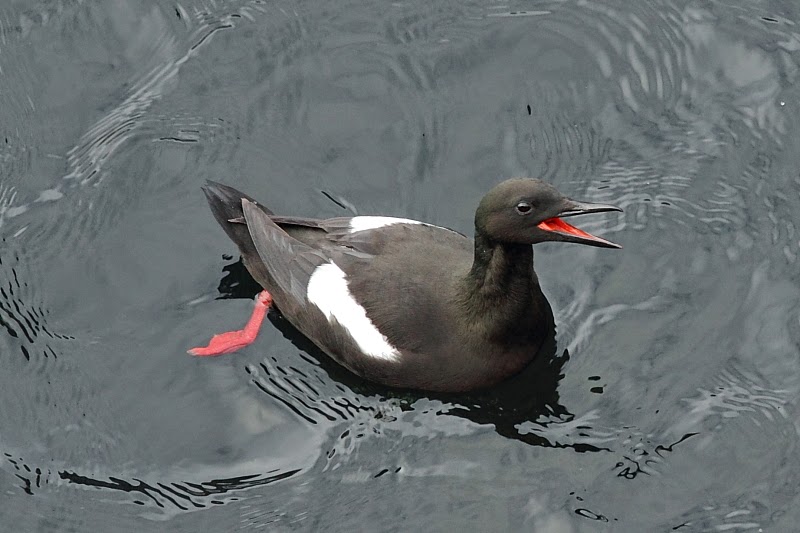 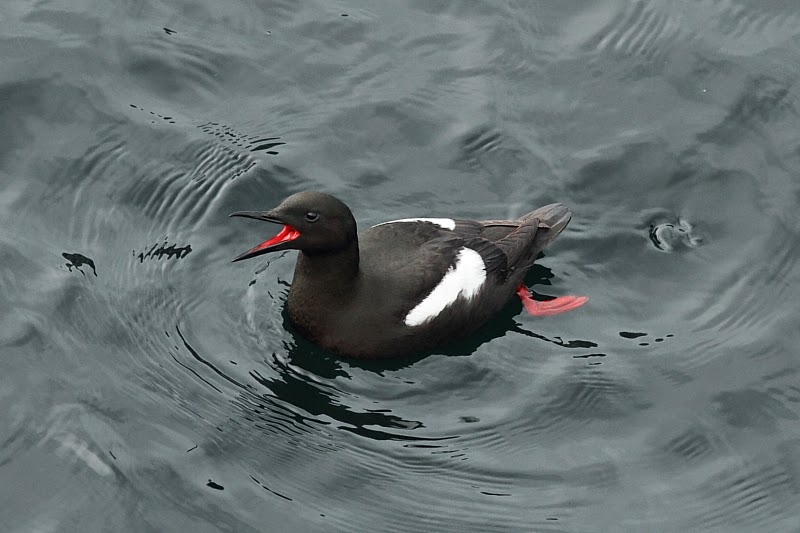 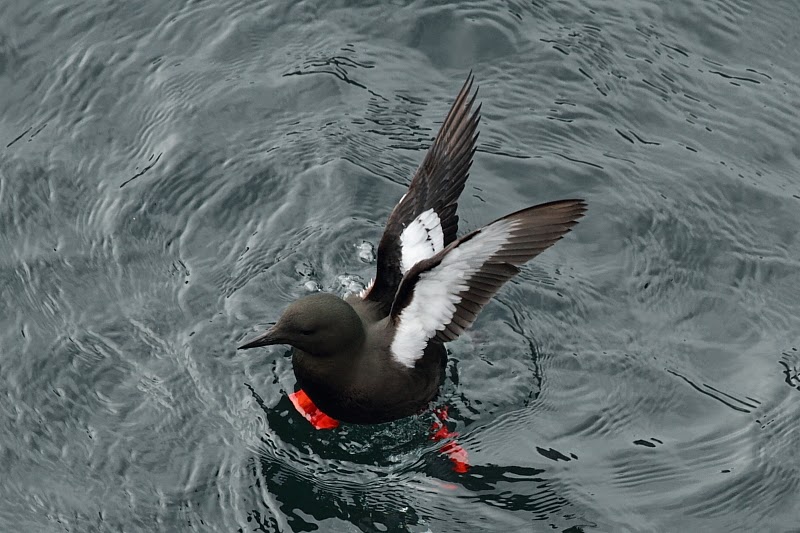 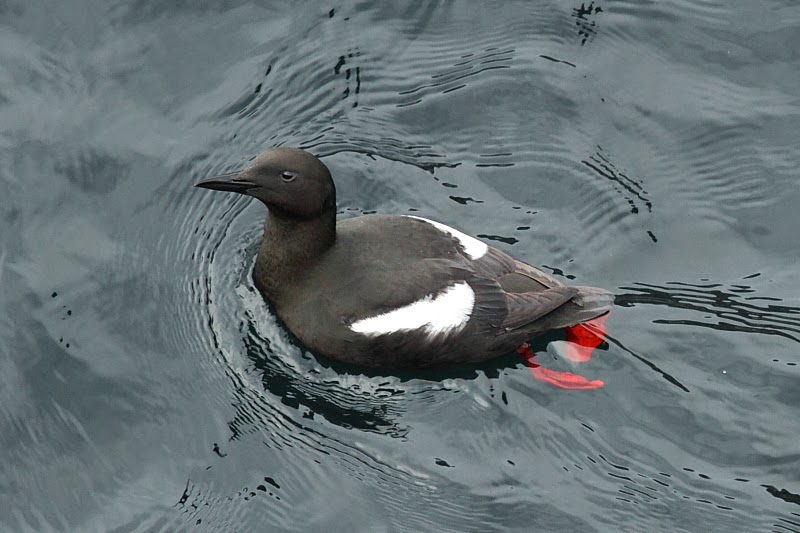 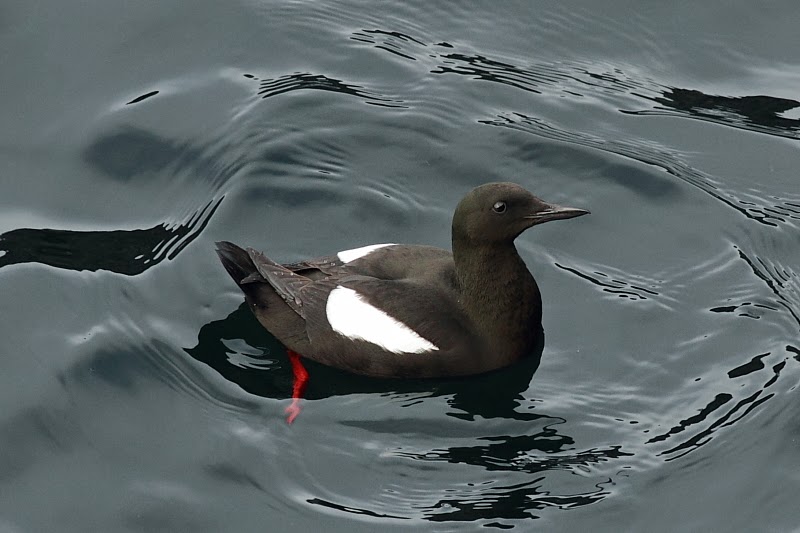 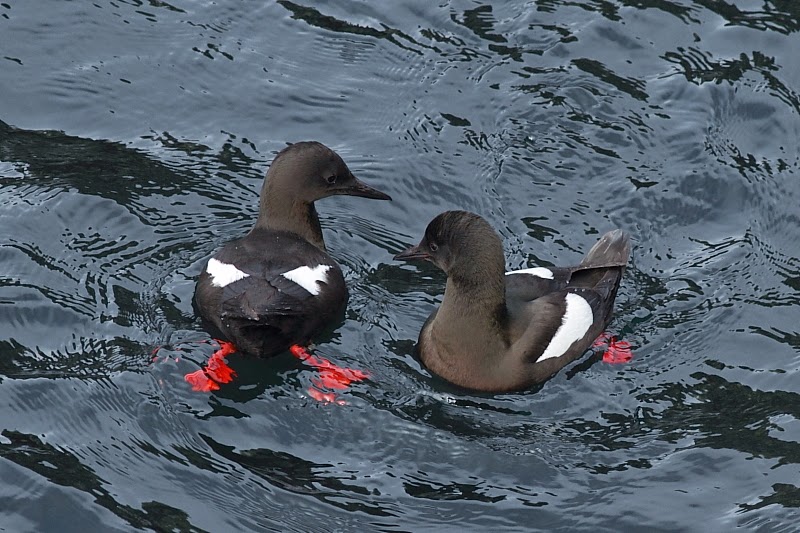 Posted by Dermot Breen at 20:26 No comments:

I got the evening ferry out to Inishbofin on Thursday evening to get a full day out there the following day. The first ferry doesn't arrive out until 12 o'clock and leaves again at 5 so trying to get anything done out there is always done in a rush. I managed to get to most of the spots I had hoped to, it was around an 18km round walk, two sore feet by the end of the day! The sea cliffs are the real attraction for me at this time of year on Inishbofin. Two of the three Raven nests were successful with two and three large chicks respectively. This is a little on the low side as the average clutch size of chicks this year was around four chicks. The female Peregrine was also around but doesn't appear to have laid eggs yet which she really should have by now. The Peregrines here never seem to be very successful for some reason. It certainly can't be the lack of food so it's hard to know why? I also had probably three nesting pairs of Chough around the island, even managed to see part of one of the pairs nest wedged into a crack in a cliff.
There was a Black-throated Diver giving good views with around 20 Great northern Divers off the sandy beach at Westquarter. I  think this is the first proper island record for this species. Anthony McGeehan has seen one from the ferry in the past though. Also in the same area were two female Merlin which were seen interacting with each other. One actually called as it flew over me. These are presumably migrants, possibly Iceland bound? Males which are always first on the breeding grounds (that is if they ever leave) should be on territory for a month at this stage. Quiet on the migrant front 3 Chiffchaffs, 1 Blackcap and a few Wheatears including one female Greenland type.