A few shots of a Pilot Whale which was washed up at Dolan near Ballyconneely on 12th June. It was fairly rancid. You could actually see and hear decomposition gases bubbling out of the carcass.
I usually associate ceteacean strandings with winter but this is the eight cetacean stranding in the county in the last two months.
Forgive the poor shots they were taken on a mobile phone and at their lowest resolution (unbeknownst to me). My compact camera got wet and wrecked inside a "waterproof" wet-bag recently. 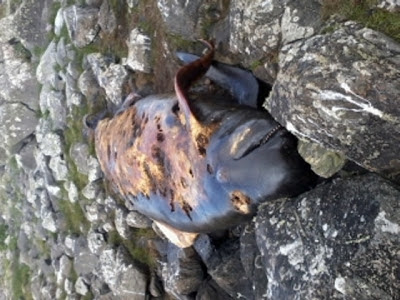 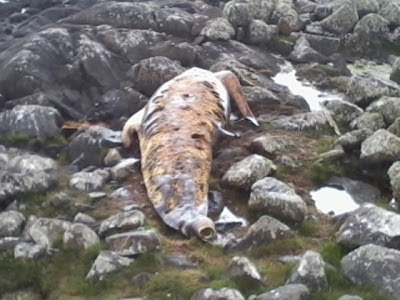 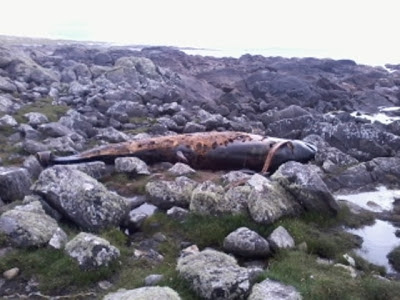 Posted by Dermot Breen at 19:12 No comments:

I spent the day out on Roundstone Bog today checking on some traditional Merlin nest sites. I managed to swim out to some islands to check if any of the old Hooded Crow nests had been occupied. I didn't have any luck on one lough (with about eight island in all) that I had a male flying over last Thursday evening. We also had a male and female doing a food pass on Wednesday. Even though we know the exact island where they are breeding on I just couldn't actually find the nest. There was one old Hooded Crow nest but the nest the Merlins are using remained hidden (probably concealed in ivy).  We've been doing a Golden Plover survey for the last while on the bog also. We have being finding that well over half the plover are extremely elusive at the moment. It may be behaviour adopted while they are still on eggs. Hopefully when we do the second visit in a week or two most pairs will have chicks and will be a lot more visible and vocal. Like everything this year the Golden Plover and Merlin for that matter are at least a fortnight behind schedule due to the very late Spring.

While out and about today I noticed two unusual dragonflies. I initially thought they were Four-spotted Chasers which is a very common dragonfly in Connemara. The shape wasn't quite right however and on closer inspection they obviously were missing the "four-spots", had orange flashes to the bases of the wings and were generally dark green in body colour. I had them at three locations and had at least a dozen of them altogether. There's an unsubstantiated record from this site during the 1980's I think so they've probably been here all along. I don't know how I or others haven't previously seen them. I spent quite a bit of time here last year and have spent at least five or six days here already this year. I've seen Four-spotted Chasers, Keeled Skimmers, Hairy & Common Hawkers, Common and Black Darters in there to date. Downy Emeralds in their normal range (really only previously found in Killarney National Park, Co. Kerry in Ireland) are supposed to be strongly associated with woodland ponds and can be found over the woodland canopy. There is no woodland in the middle of Roundstone Bog and the only trees are to be found on the islands on the loughs. I didn't notice any out on the islands while checking for the Merlins. Here's a distribution map for the species from Dragonfly Ireland (needs a little updating) http://www.habitas.org.uk/dragonflyireland/5632_m.htm
Ger O'Donnell had Downy Emeralds South of Maam Cross in 2010 and Joe Adamson had one or two a little further East the same Summer.
This was my first odonata tick in a long time.


I made it out to Inishlackan off Roundstone on Sunday with Martin O'Malley, Miryam & Mike Harris. Inishlackan probably holds the largest Little Tern colony in Connemara. We only saw 11 birds while there and only three pairs have laid eggs so far but things have been slow to start in other colonies such as Kilcoole this year as well. I managed to find a new breeding pair of Chough out on the island which was a nice bonus. They are fewer pairs of Chough than Corncrakes in Connemara most years. Also on the island was a very late/over-summering Pale-bellied Brent Goose, 5+ pairs of Ringed Plovers, 4+ pairs of Oystercatchers, 10+ pairs of Common Gulls (all hatched, chicks all hiding in tall vegetation) and one pair of Shelduck. There were no Lapwing present. They have been breeding here up until very recent years according to Martin. 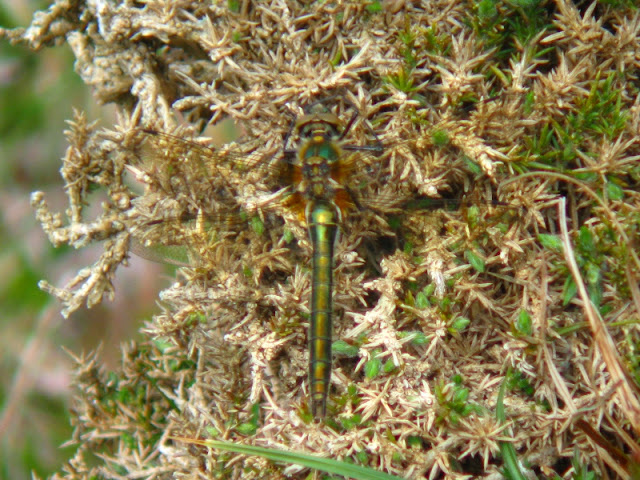 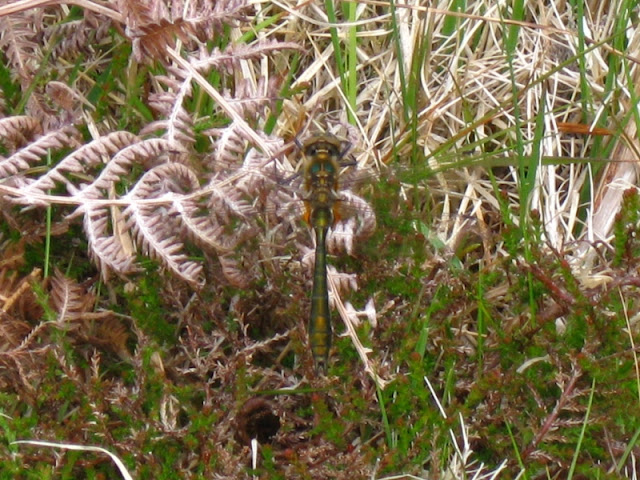 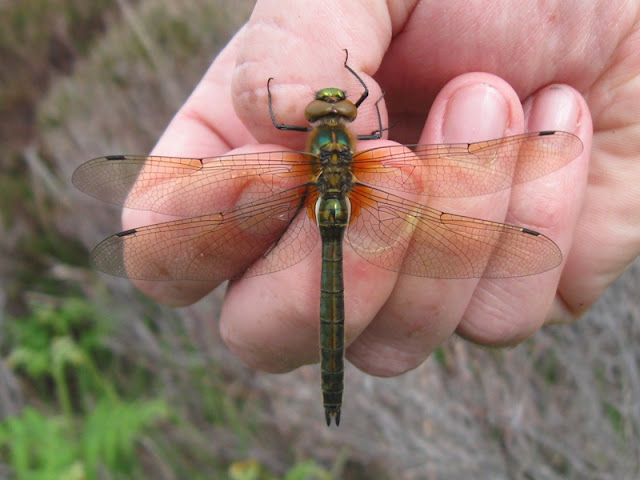 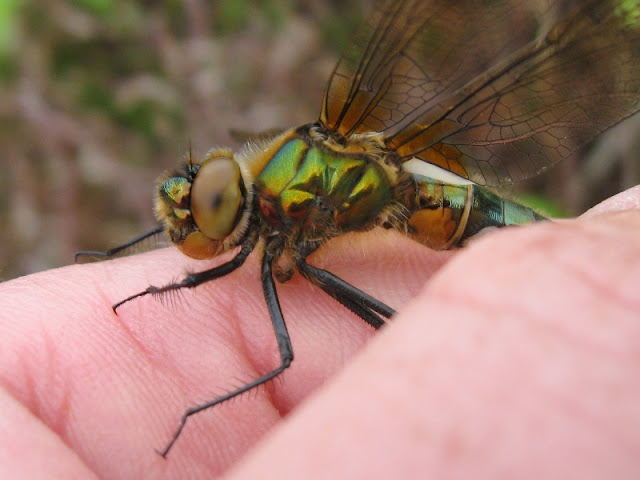 Posted by Dermot Breen at 22:00 No comments: