Quick visit to Ross beach again on Wednesday to see if the two third-winter Kumlien's were still about. Had one out in the middle of the bay but it never came in close to feed on the bread with the majority of gulls. Three first-winter and three second-winter Icelands also present. 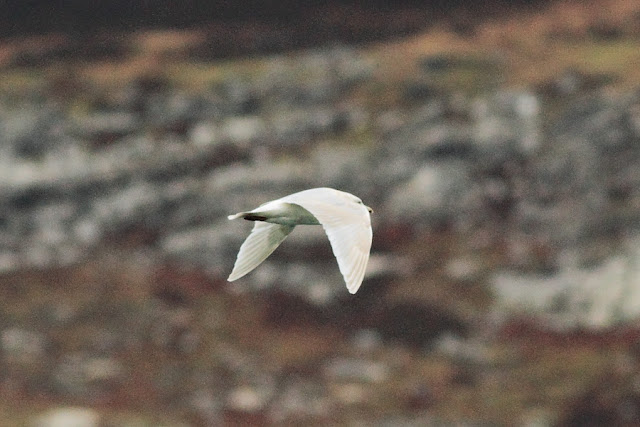 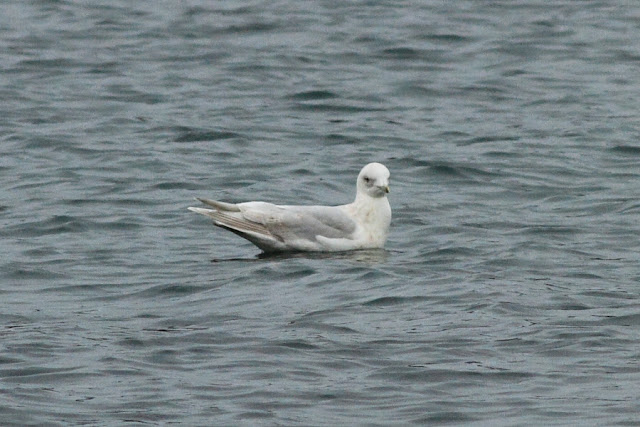 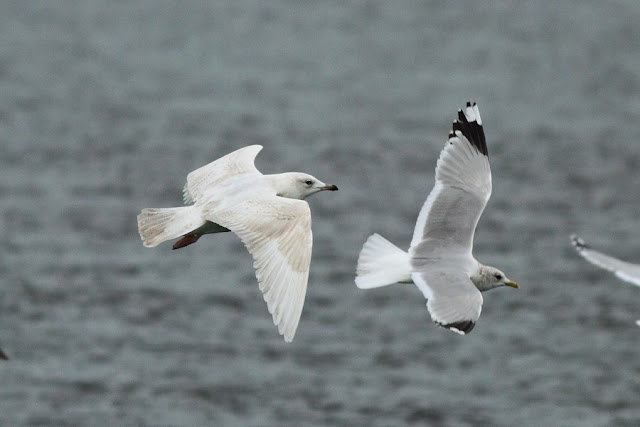 Second-winter Iceland Gull. Some faint brown subterminal marks to all the primaries. 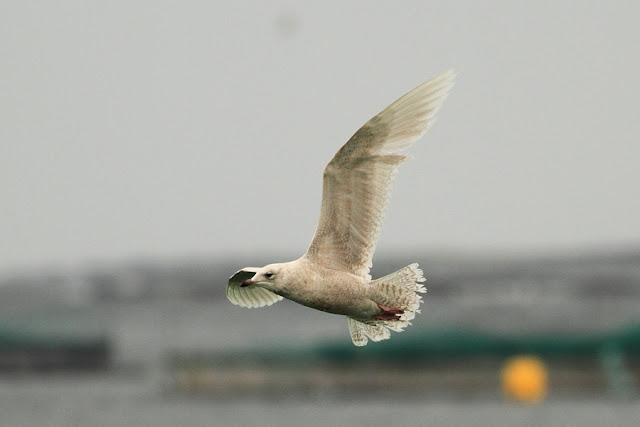 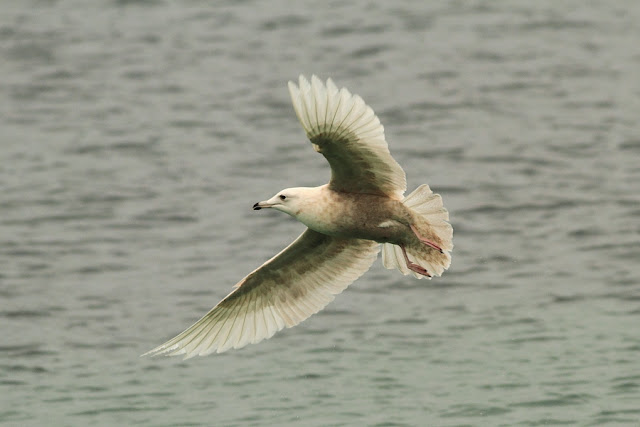