While out on Inishbofin last Thursday I came across what I was sure was a Siberian Chiffchaff. It was feeding with a Common Chiffchaff along a small drainage ditch next to Doonmore Hotel. The two birds were really chalk and cheese. It spend most of its time feeding in the drain but also spent time feeding with the Common Chiffchaff in an adjacent bed of rushes. I managed to download a recording of a calling Siberian Chiffchaff onto my phone and played it to the two birds to see what sort of reaction I'd get. The Siberian bird flew directly towards me and did an near 360 of me at close quarters. The Common Chiffchaff showed zero interest whatsoever. During this time the Siberian called a handful of times perfectly matching the recording with a monotone, mournful cheeep (or something like that, I'm useless at transposing calls onto paper).
The bird could transform in appearance depending on light conditions. In bright light the greenish fringes to the primaries and the tail feathers could be quite pronounced resembling a Bonelli's Warbler at times. In duller light this wasn't as pronounced. The axillaries and underwing coverts were bright lemon strongly contrasting with the rest of the plumage. The area from the back/mantle up to the head and down to the breast was a lovely khaki light buff colour. This was most intense on the ear coverts with some russet tones especially in stronger light. This was probably the most eye-catching part of the plumage for me. Stuck between the rusty ear coverts and a darker brown forehead and crown was a noticeable light buff supercillium. Only the lower half of the white eye ring was visible, the upper section melted away into the white buff supercillium.  The entire belly was cold grey with warm buff rear flanks and undertail coverts. The lower mandible was mostly pale which seems a little off for Siberian Chiffchaff? The legs were all black with yellow soles to the feet. It also exhibited some olive to the rump and the uppertail coverts which is ok for tristis apparently.
﻿Unfortunately I hadn't brought my camera out with me so I had to go back out on Sunday to get some shots. There was no sign of the Common Chiffchaff which was a pity as it would have been nice to get some shots of it too just to show how different the two were.
I had an adult Glaucous Gull out there on Thursday and a first-winter Iceland Gull on the Sunday also. 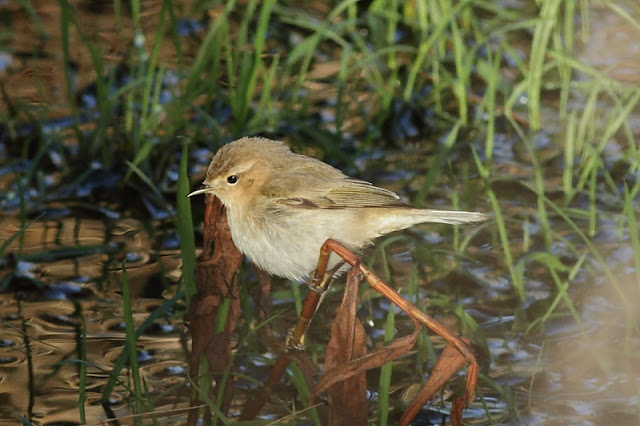 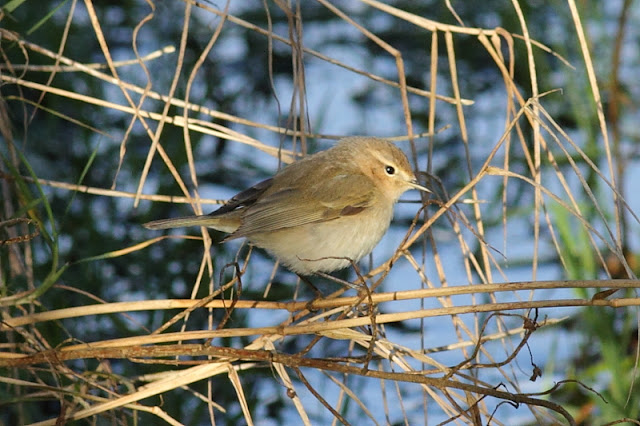 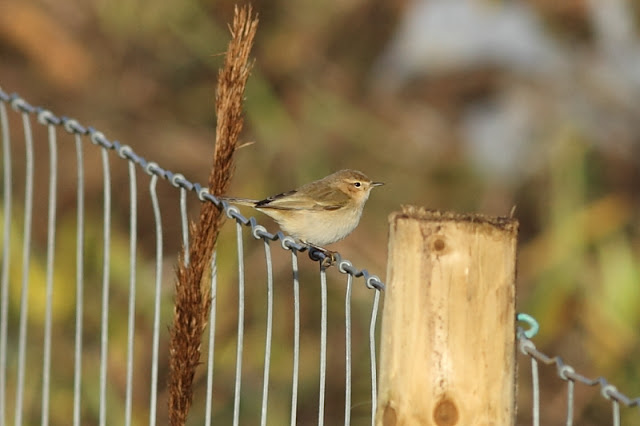 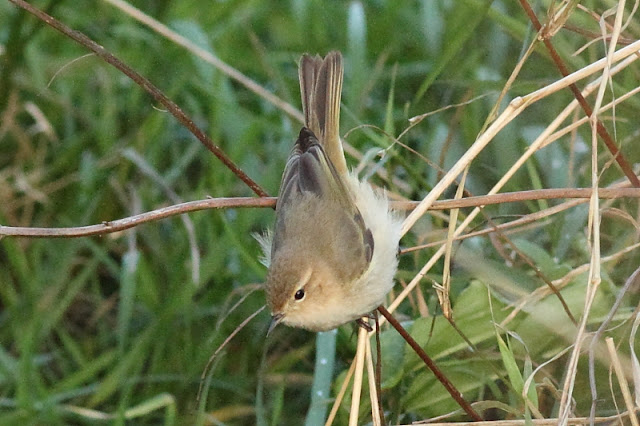 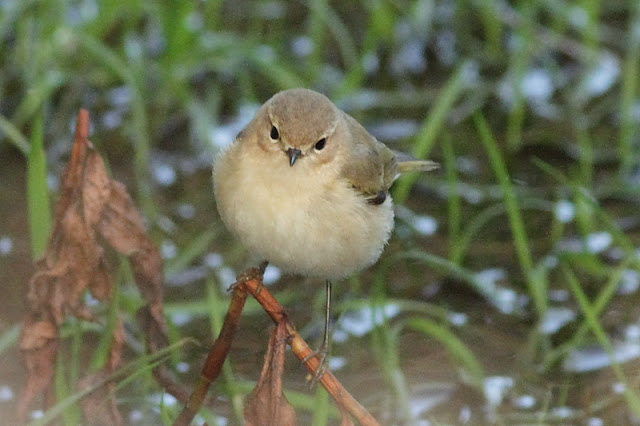 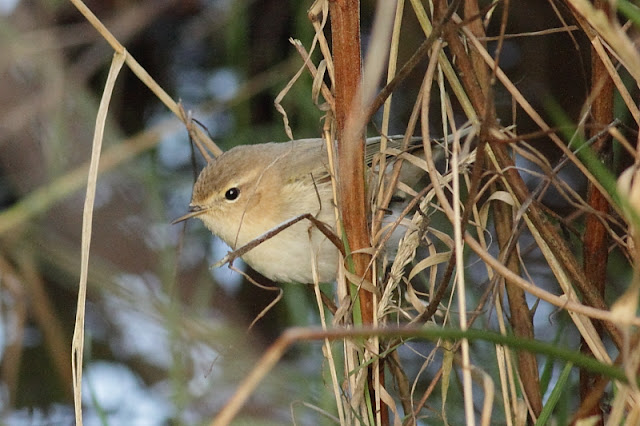 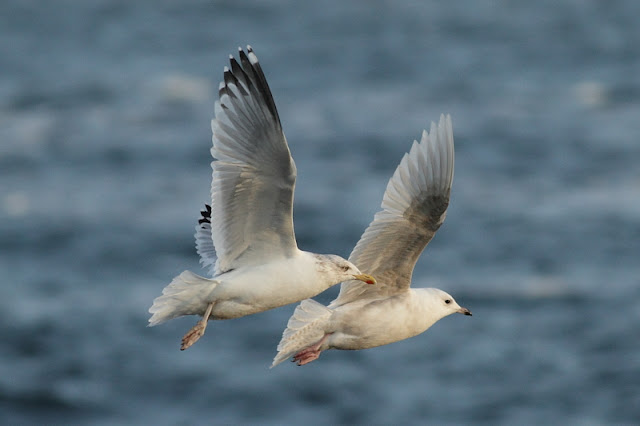