I spent most of last Sunday checking some of the loughs of Donegal. The numbers of diving duck were fairly low in particular Lough Fern which normally holds large numbers. Nothing of note until the end of the day while on the way home in the form of the returning male American Wigeon at Tullaghan on the county Leitrim side. The bird is looking rather shabby at the moment with the plumage in a rather retarded state. You might even pass it off as a first-winter male were it not for the open wing (pure white lesser & median coverts, long tertials, etc.). Compare these poor phone shots with shots taken of it at this site last early November.
http://www.sligobirding.com/November2013Gallery.html 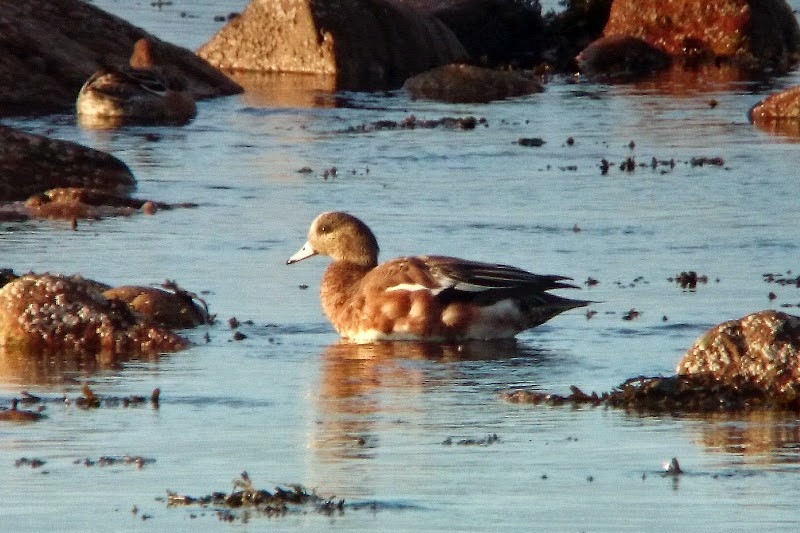 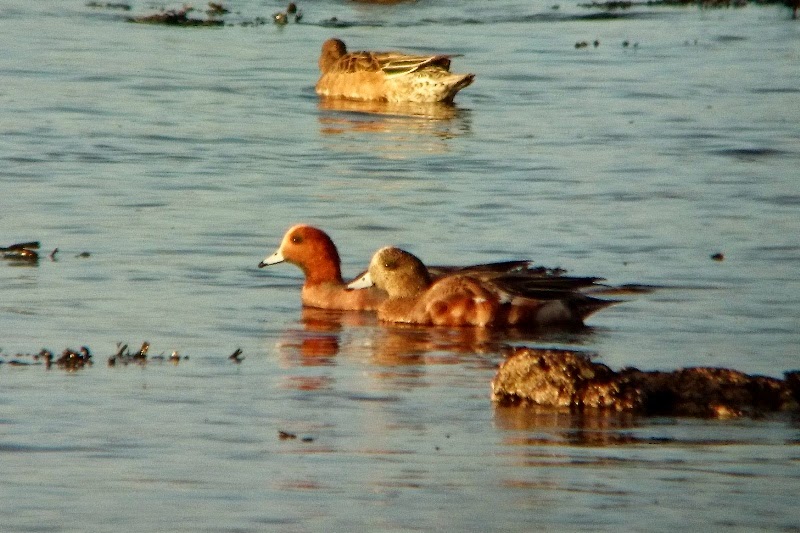 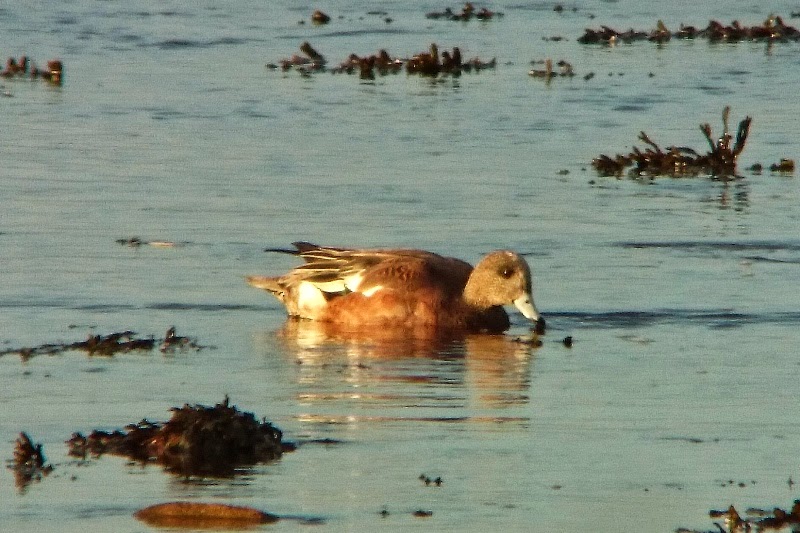 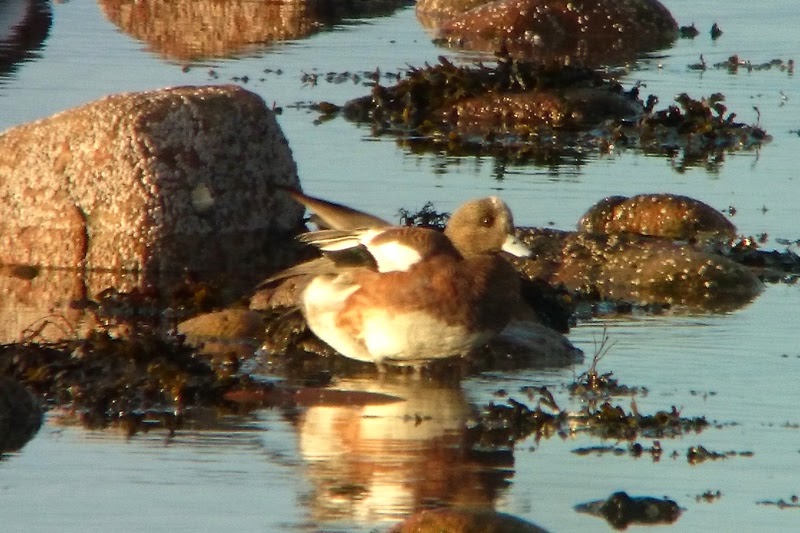 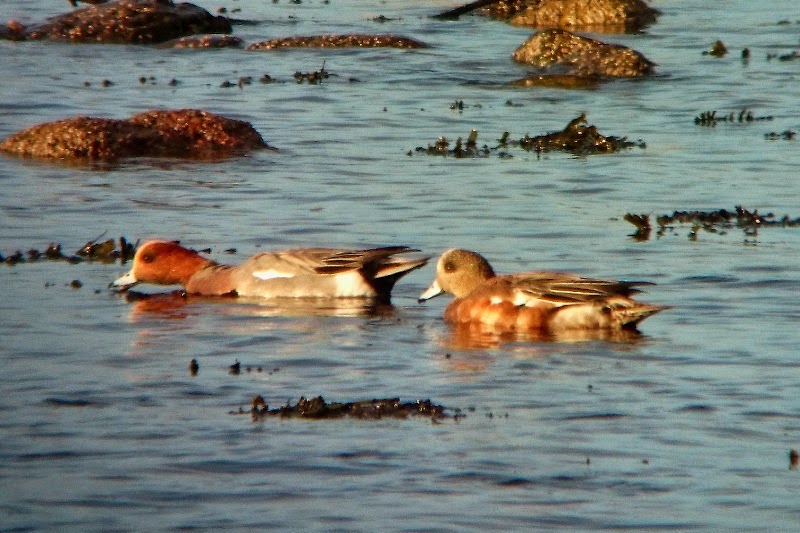