What a day! I took a trip down to the strand which leads out to Inishdawros 4km south east of Ballyconnely (on the R341 on the way to Roundstone) to see if there were any small waders in yet. I've been checking this site now for seven years now and only had my first notable wader here last year in the form of a Curlew Sandpiper. Anyway there were around 30 Ringed Plover, 12 Dunlin, 2 summer plumaged Knot and an adult and two recently fledged Little Terns out on the mudflat today. I drove out across the mudflat in the van but decided try and get some shots of the Little Terns. I parked it up back at the end of the road leading down to the shore as I didn't want to get stranded with it out in the middle of the flats with the incoming tide. As I moved back down to the shoreline a large wader flew right by me. As it bank it showed jet black underwings and reddish underparts and displayed a striking clean white square rump. It could only be a bloody Hudsonian Godwit!! My heartbeat immediately increased significantly. It looked like it landed just behind a large seaweed covered rock along the waterline. As I crept up behind the rock and peaked over the rock, there it was sat by the waters edge. It spent all of its time by itself and didn't associate with any of the few Redshank, Greenshank or Oystercatchers that were present. It flew off towards the mainland shoreline where I lost it to view. It reappeared back in the original spot a while later and repeated the same behaviour. I last saw it at 1725hrs.

For those thinking of travelling for it, your best chance is probably to aim for two hours either side of low tide which is at about 0400 and 1600hrs tomorrow. The mudflat can be reached from the cul de sac with the orange cone on a fence post and blue signpost for Calla Beach House or from the layby by the main coastal road a few hundred metres to the west (please don't block the rough trackway down to the small pier here).

Link to the site on google maps below with latitude and longitude, 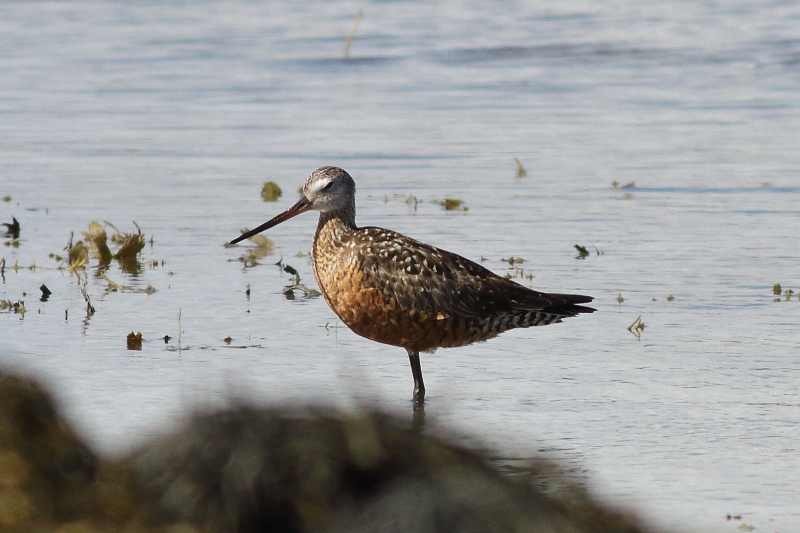 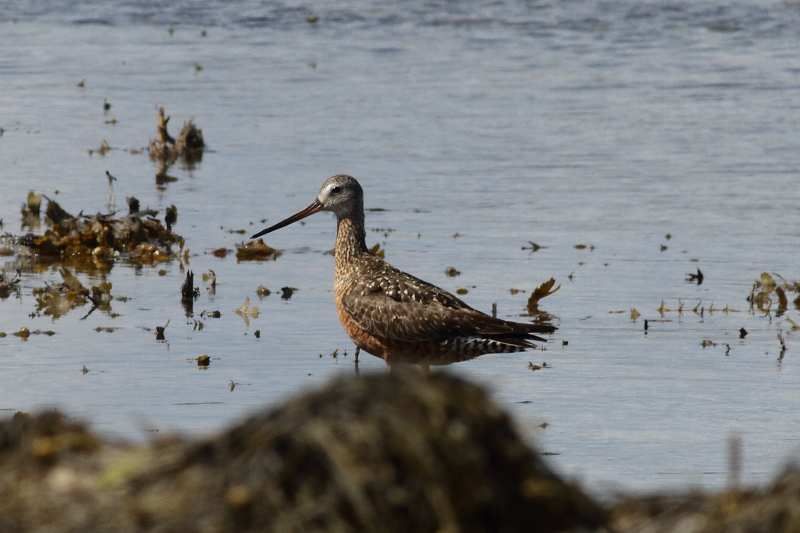 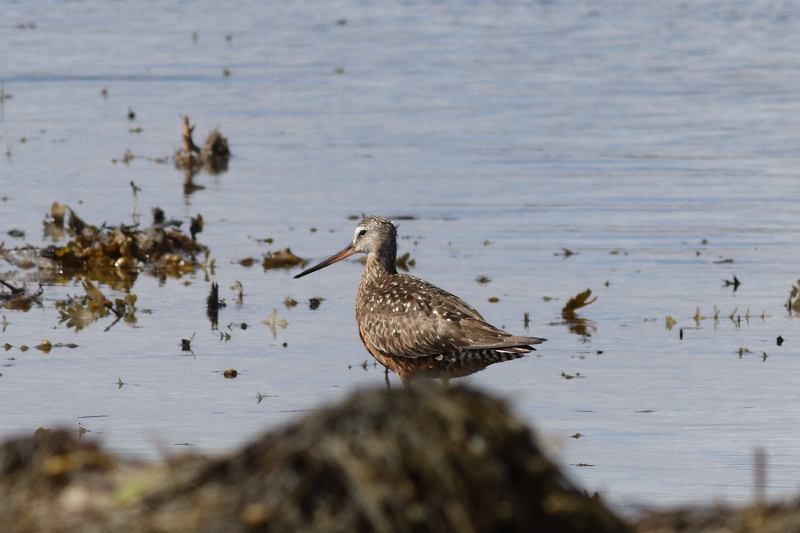 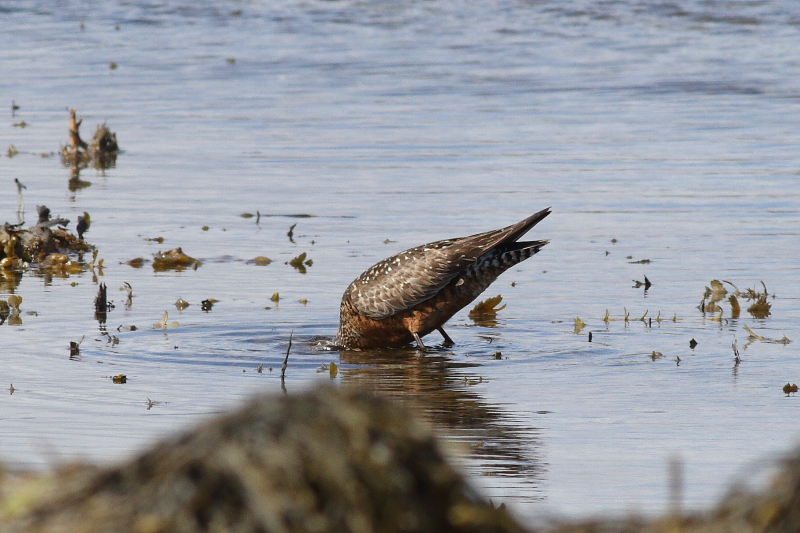 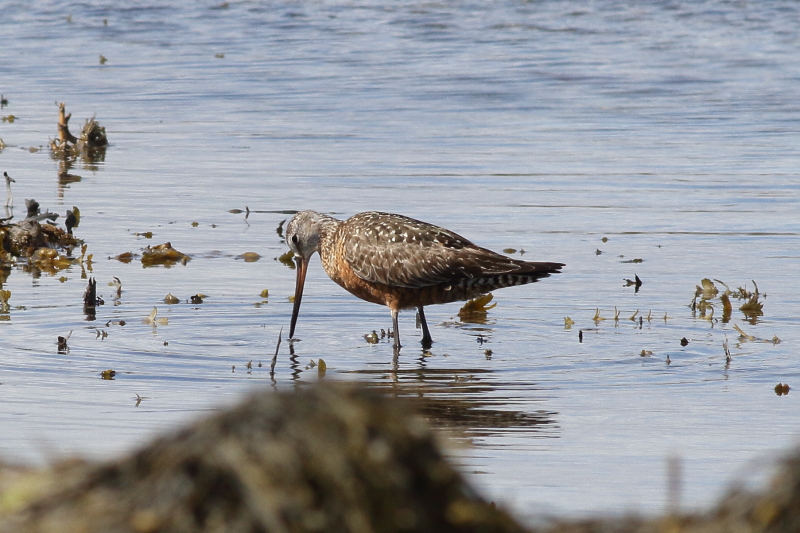 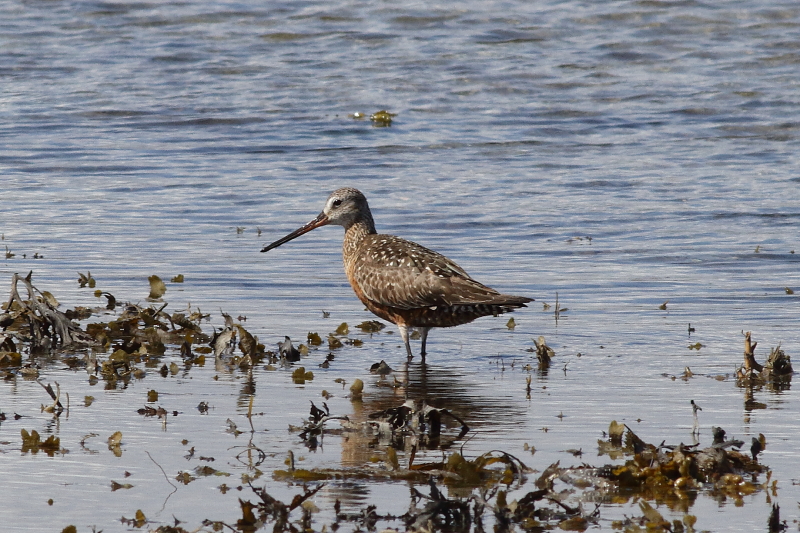 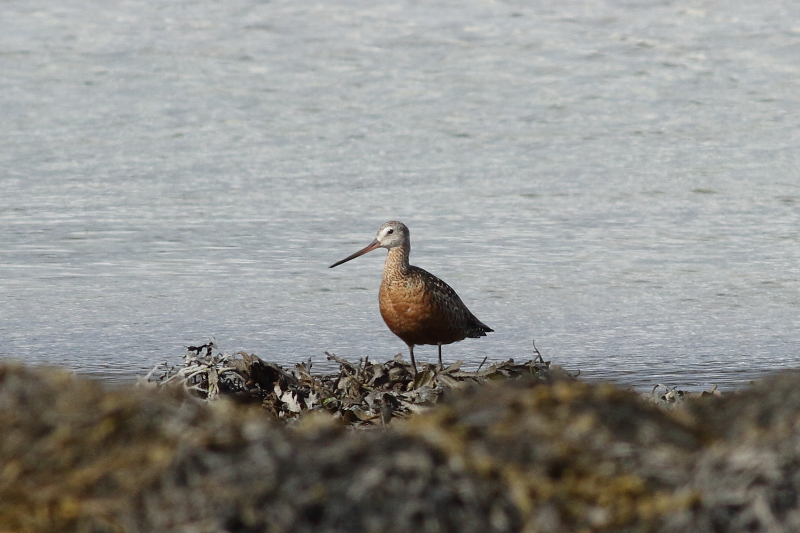 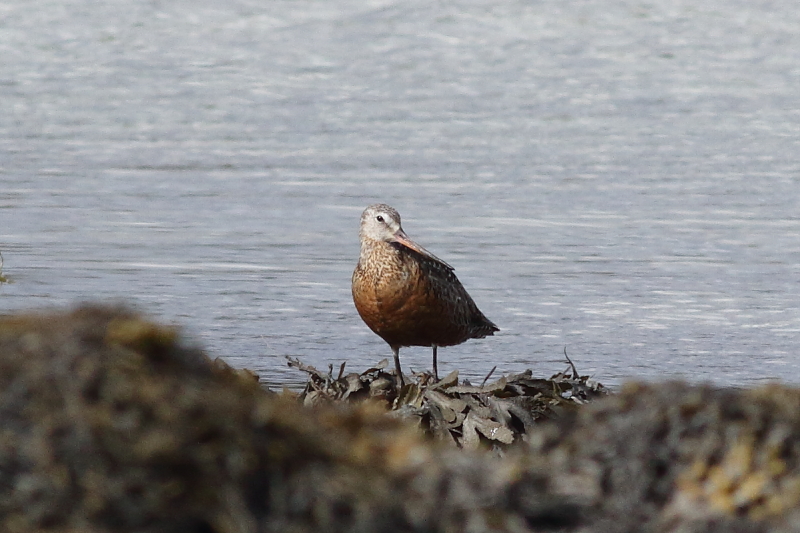 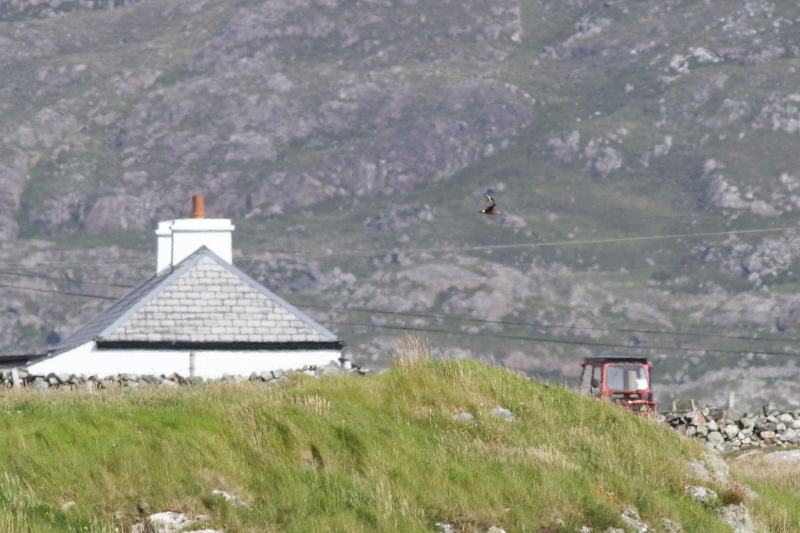 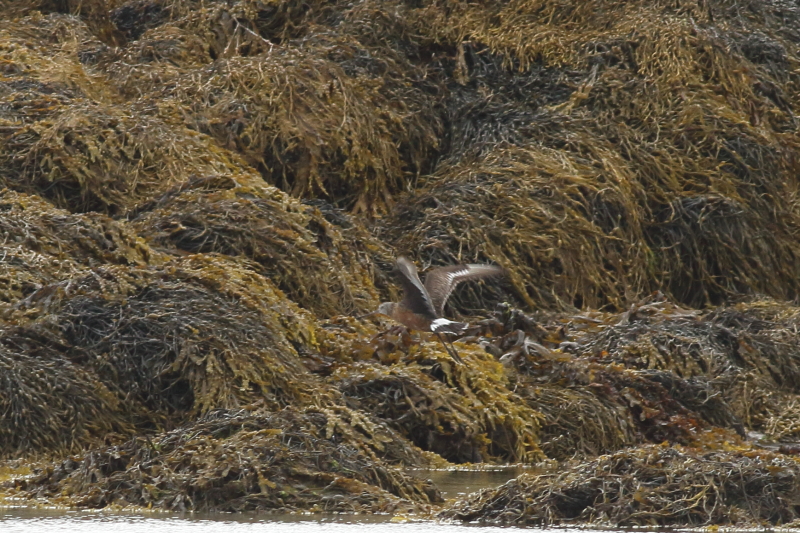 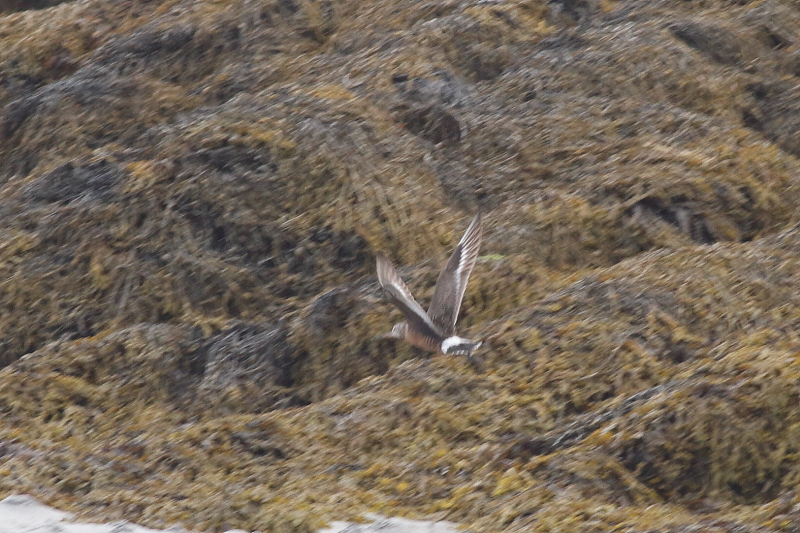 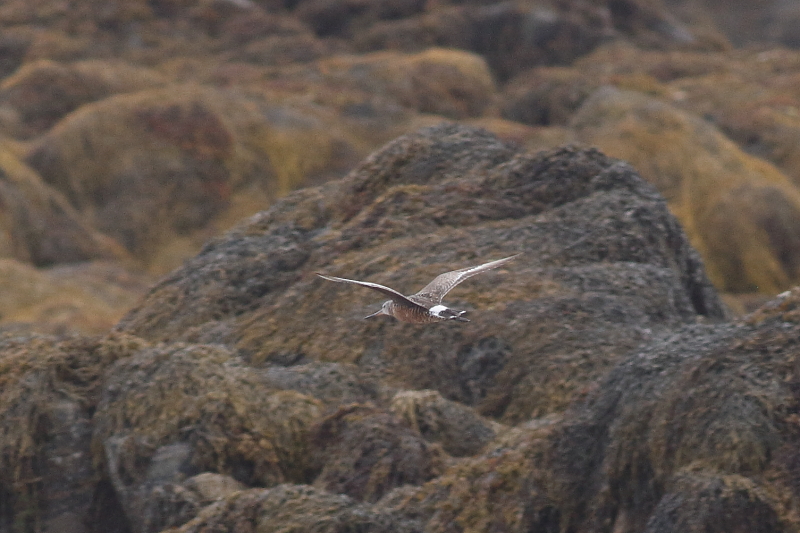 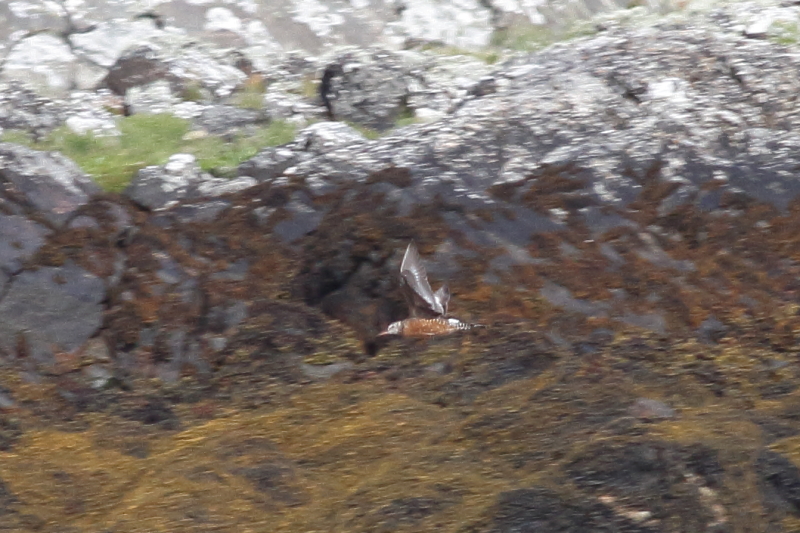