Not a huge amount to report on the rare bird front since the Royal Tern which has subsequently turned up down in the Shannon Estuary moving between counties Kerry and Clare. Evidently this bird must have flown south via Galway unseen! It's performed a lot better than during its short stay in Mayo and has been widely twitched at this stage. Most of the shots below were taken just with phone camera so the quality of most isn't great. I had to get the Canon 7D cleaned recently as there were two nice big specks of dirt caught on sensor which were showing up on the pictures. I haven't had an opportunity to use it in the last fortnight anyway.

Cathal and myself headed down to the Bridges of Ross last Saturday for a spot of seawatching, about 12 hours of it in fact. We arrived about 40 minutes late for a very close in Fea's Petrel which was a bit of bummer but that's what you get for not arriving first thing in the morning. Despite this disappointment we had a very productive seawatch with four different Wilson's Petrel, one of which I managed to pick up myself. Add to this 1 Blue Fulmar, 7 Cory's (one very close), 5 Great, 325 Sooty, 8 Balearic Shearwaters, 3 Leach's, c.1850 European Storm Petrels, 5 juv Long-tailed, 1 ad Pom, 29 Arctic, 25 Great Skuas, 12 Sabine's Gull and 2 Black Terns (thanks to Niall Keogh for keeping tabs on the tallies). The Storm Petrel passage was particularly impressive. I can't recall ever seeing such a large and consistent passage which continued all day. Only 20 maximum birders were on site during the day. The weather conditions haven't been as productive in the last week but most visiting birders probably aren't complaining too much with the backup of a Royal Tern. We didn't manage to see either the Solitary or Least Sandpiper which were on a nearby lough previously. 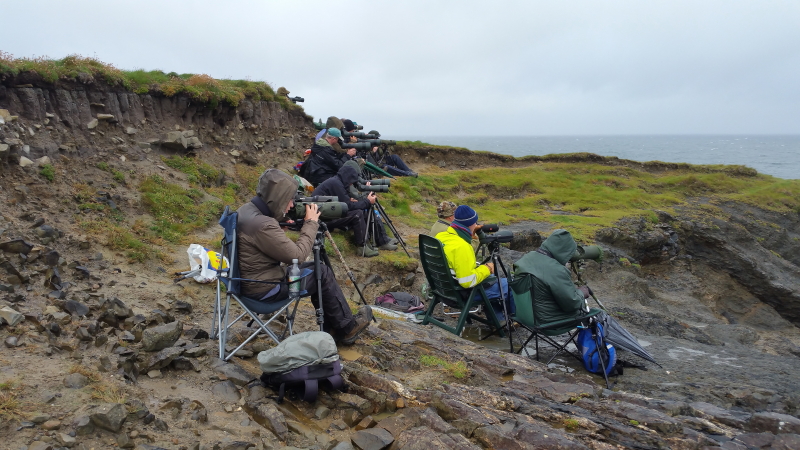 I've been doing all the regular wader sites out here in Connemara in recent weeks but so far I've just had two single Curlew Sandpipers and a juvenile Little Stint so far. I also had a very brief but very close Hobby out on Mweenish Island near Carna on Thursday. Probably more interesting on a Connemara front was a heard only Spotted Redshank at the same time. The only previous Connemara record that I can find is one at Clifden in September 1961! The species is only really regular at three or four sites in Galway. Also out on Mweenish was a colour ringed Ringed Plover originally ringed in Dena, Meaño (Pontevedra), Spain by the Shorebirds Monitoring Programme in Galicia on 19th September 2014. This was the first resighting of this individual. 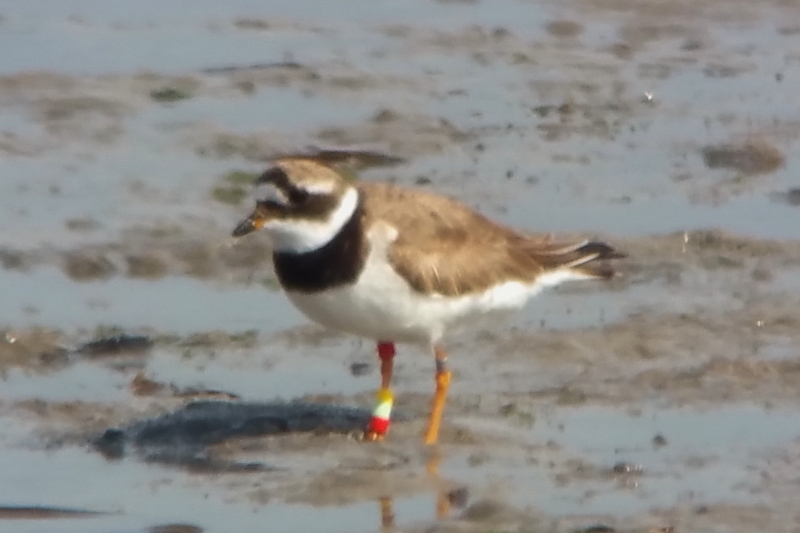 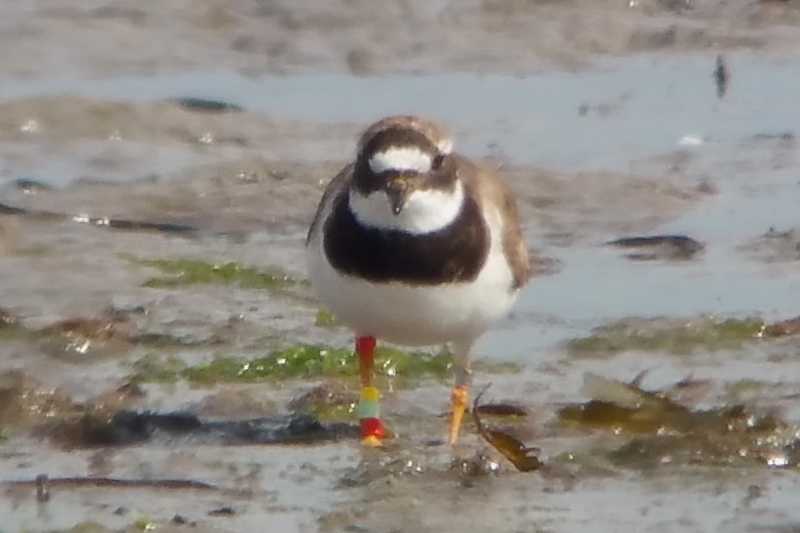 I also had my two colour ringed Oystercatchers back in the very same spots in the last week also. The white and yellow rings on the Icelandic bird have somehow managed to overlap each other which makes reading them rather confusing from a distance. The Scottish bird's colour ring appears to have been slightly damaged/worn over the summer period also.

I've also managed to read six colour ringed Sanderling in the last month or so. Details below.

W1YBRY - ringed at Ostgronland, Eastern Greenland on 22nd June 2016. Seen on the North Inishkea island, Co. Mayo, 5th August 2016. This bird was fitted with a geo-locator, hopefully it will be recovered next summer to retrieve the data showing it's migration route and strategy.

NB00707 - ringed on Sandy island, Orkney, Scotland on 21st May 2016. Seen by myself near Lough Baun, Mayo on 26th July 2016. Presuming this bird pushed north and bred in the Arctic in this short period, it just goes to show how little time is spent on the breeding grounds by the species.

While wader hunting yesterday I was delighted to read another two juvenile Sandwich Tern rings at Inishdawros at the exact spot that the Hudsonian Godwit was last year. Both birds are Tony Murray's birds from Lady's Island Lake, Co. Wexford. K3Z was ringed on 17th June 2016 and seen on site subsequently on 11th, 12th and 13th July, K2V was ringed on 4th July 2016. I heard Niall Keogh had another of Tony's bird while twitching the Royal Tern in Kerry recently and Eoin McGreal had another unread ring near Lough Baun two weeks back also.