I was just returning from Inishshark having done a Grey Seal pup count with colleagues of mine. I had got the following text from Hugh at 1250hrs "Inishmorepain so far! 1 Willow Warbler, 3 Chiffchaff, 2 Goldcrest, 3 Coal Tit and 1 Siskin". At around 1320hrs I started getting phone calls from Aonghus O'Donaill, John Murphy, Hugh Delaney, Josh Jones and Kieran Grace in rapid succession. I couldn't answer the phone as we were bouncing along in the RIB at high speed. Then a tweet arrived in on the phone - MEGA EASTERN KINGBIRD Aranmore, Galway?? But Arranmore is in Co. Donegal? I thought Rob Vaughan may have been up that the direction, surely it couldn't be Hugh? So after some initial mix-up it was established that yes indeed it was Hugh.
I got onto Aer Arainn about getting the four o'clock flight out. Aonghus and myself managed to get the very last two places on the last schehuled flight of the day out to Inishmore. Aonghus's brother-in-law Daniel picked us up from the airfield at Killeany and we up at Kilmurvey in short order. The bird was nearly immediately on show on arrival. It spent all its time on the most prominent of perches on the tops of roofs, chimney pot and tree tops. The bird never ranged very far. It was actively feeding the whole time and you could even hear it bill snapping. We were later joined by Victor Caschera which was a bit of a surprise to say the least. We last had it flying to the back (sunny side) of the wood at around 1800hrs. All four of us were quite frankly in complete disbelief that we had just seen a first the Western Paleartic.
Big twitch the next day with 60-70 birders coming over on the chartered ferry from Doolin with a lesser numbers on the 1030hrs Rossaveel ferry. Most birders planning on taking the latter ferry diverted to Lough Fee for the Belted Kingfisher once negative news about the Eastern Kingbird was put out.
Well done again Hughie on a such a monster bird! 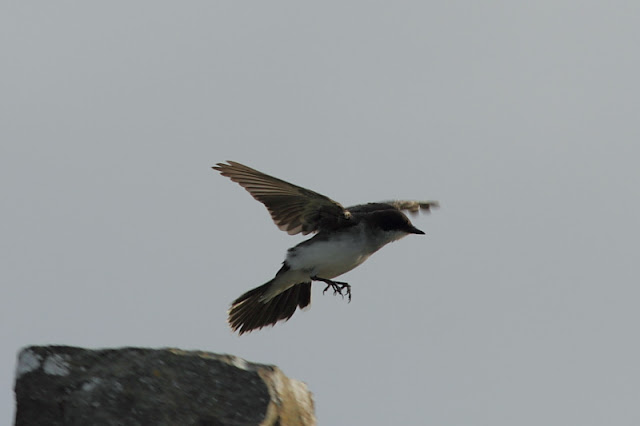 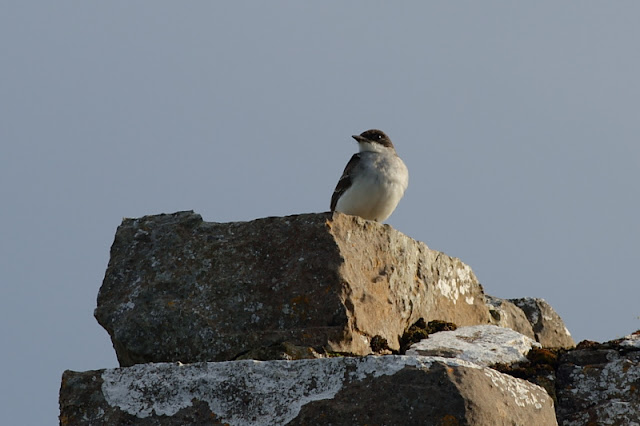 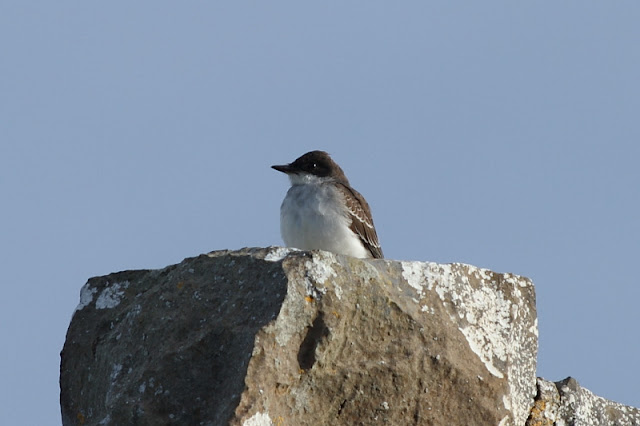 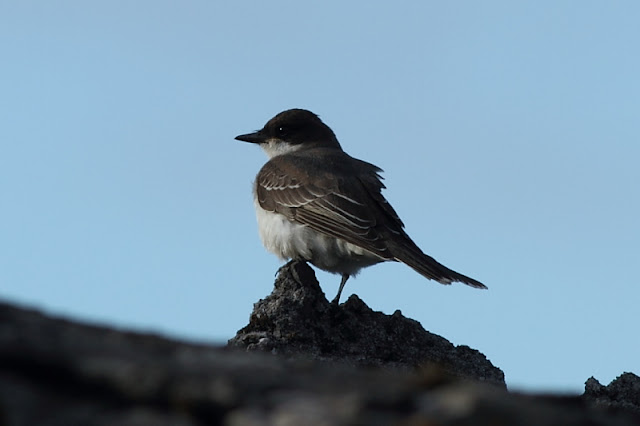 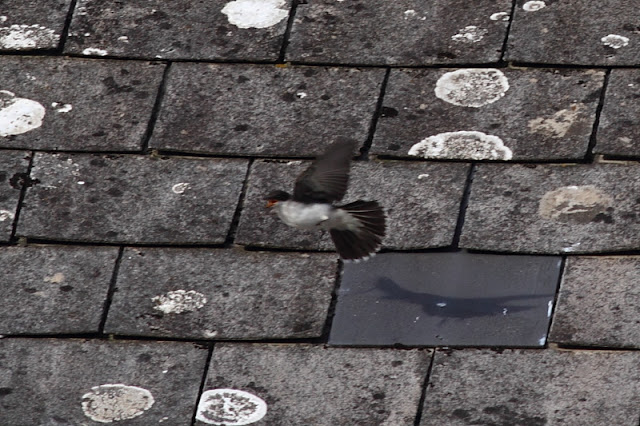 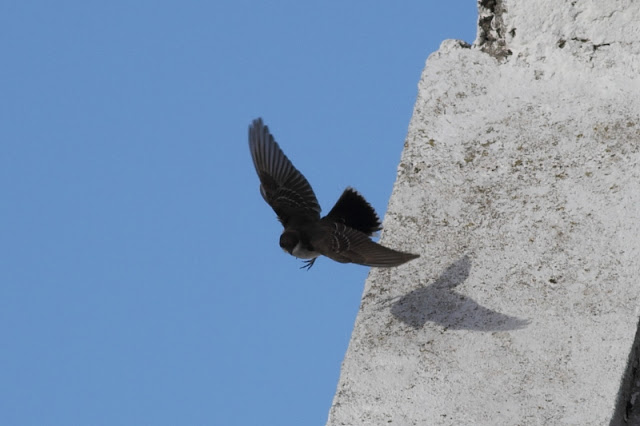 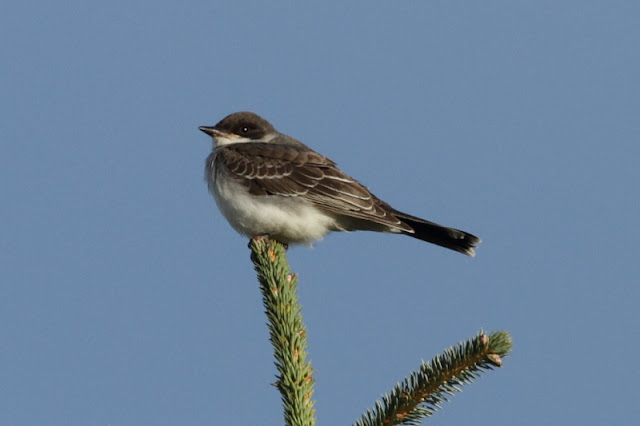 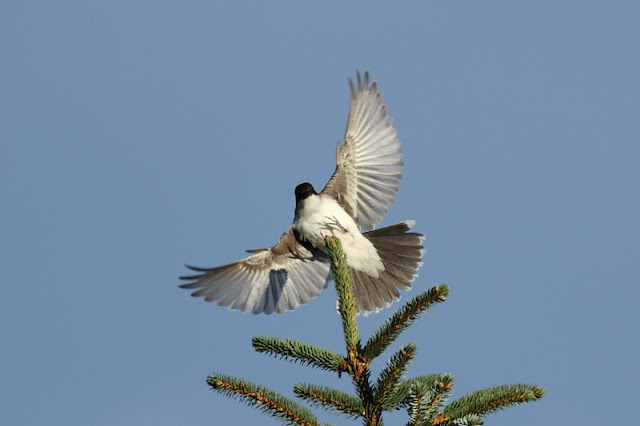 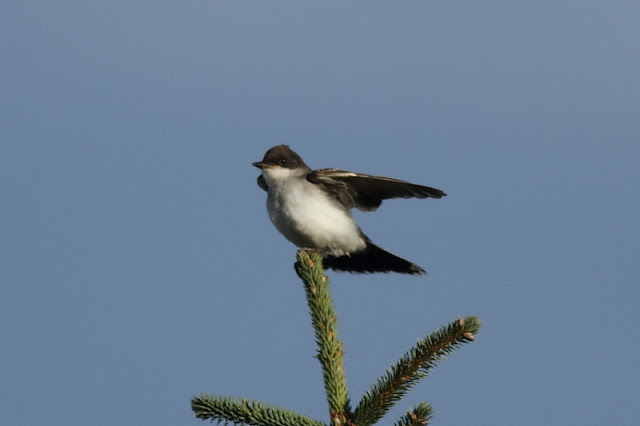 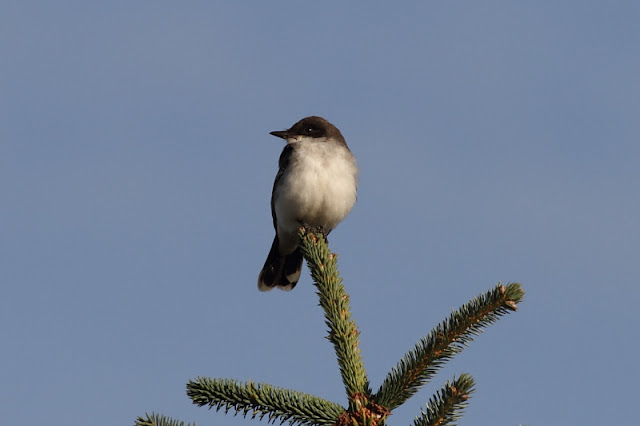