Hugh Delaney struck gold again on Monday afternoon at Kilmurvey when he came across an Olive-backed Pipit. It will be the eight Irish record if accepted and the first in 19 years. I was trying to do an I-WeBS count down in the Ballyconneely area at the time. It took me about two hours to cover one site that usually takes 30 minutes between making and receiving phone calls. While doing my last site of the day I came across a sheepdog that had somehow managed to get one front leg and a toe on the back leg caught up on sheep wire. I could hear the poor sod crying from some distance off as he was obviously in alot of pain. I managed to get his back leg free but while working on his front leg he managed to give me a good bite on my left wrist. I knew he would probably lash out given his state and had been using my coat to try and hide what I what I was doing but he still managed to get me. Anyway I got him completely free. He still had wire tightly wrapped around the front leg but there wasn't much I could do at that stage, I had my own problems now. I didn't think much of the bite after cleaning and bandaging it up as best I could. I called round to local houses, pub and shop to ask if anyone had been missing a black and white sheepdog but no seemed to. A few hours later my wrist started to swell and stiffen. The next morning I had no power in my left hand. Driving was out of the question along with even holding bins or a camera. The OBP would have to wait. Thankfully a tetnanus shot, antibiotics, anti inflammatory pills and Solpodeine did wonders and I was just about ready for go this morning.
I joined Dick Coombes, Richard Hunter and Dave Fox on the ferry. I decided to get a battery powered bike for the day as my wrist still wasn't 100%. It really was the business and made short work of the hilly sections.
About 5 minutes away from the site I got a text from Hugh to say he had had a good look for the pipit but it wasn't looking good. Less than 5 minutes later he was looking at it and we all managed to get onto it shortly afterwards. It favoured the trees immediately behind the old church (where the Kingbird also favoured!) and also right at the back of the wood up on the top of the cliff. It could be a real ghost of a bird as it was amazingly hard to follow or keep tabs on as it flew through the trees. It also had a habit of sticking to the thickest of the cover like nettles and ferns while on the deck. We never heard it call once. We spend a few hours with it but it would disappear for long periods at times.
Also around the island was the Dusky Warbler, a fly-over Crossbill (another first for Inishmore), male Brambling, 10+ Long-tailed Tits, female Blackcap, 2 Chiffchaffs and a Willow Warbler. 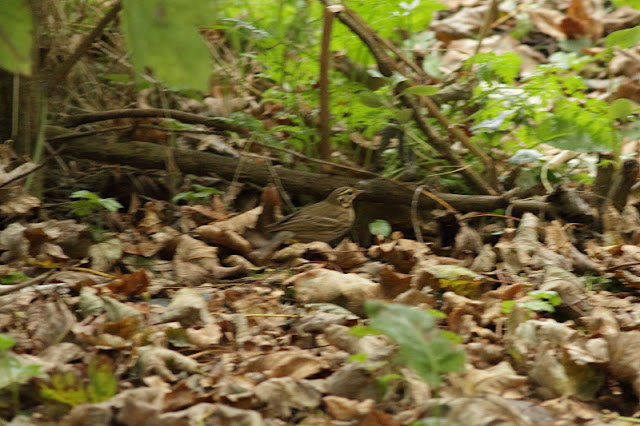 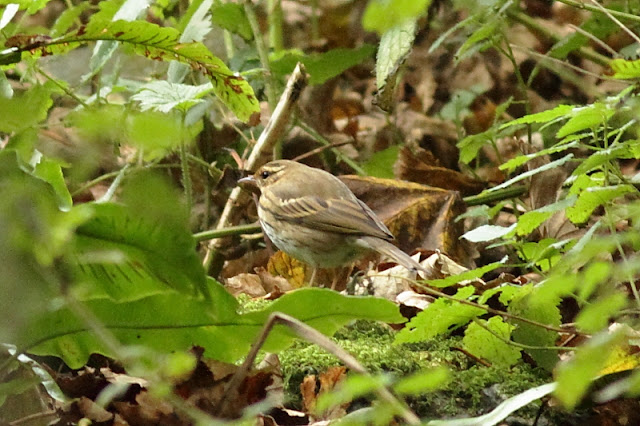 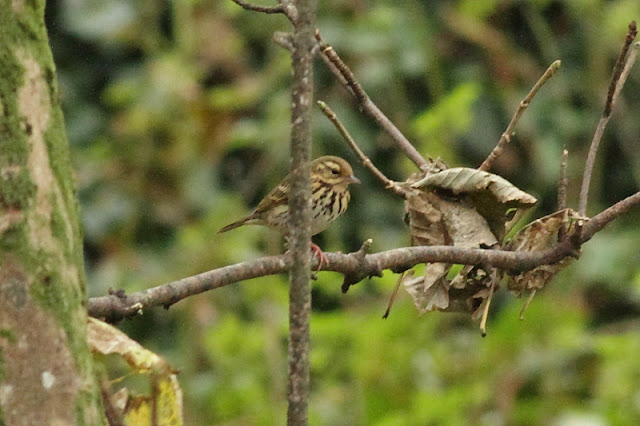 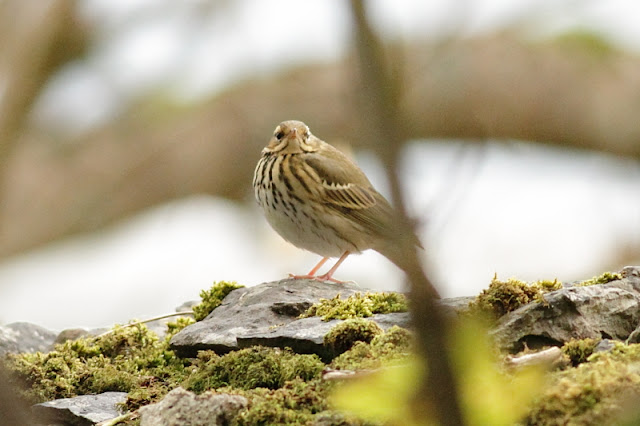 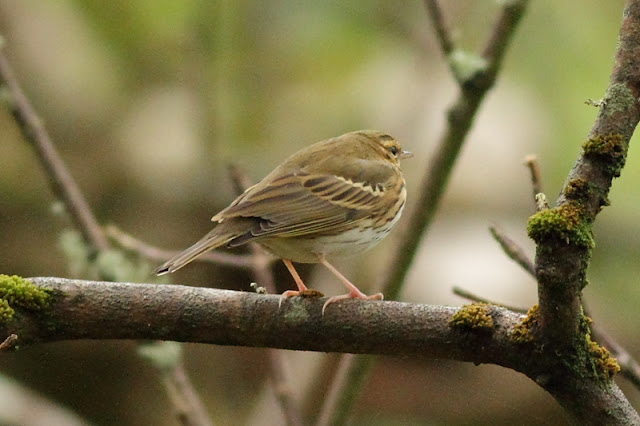 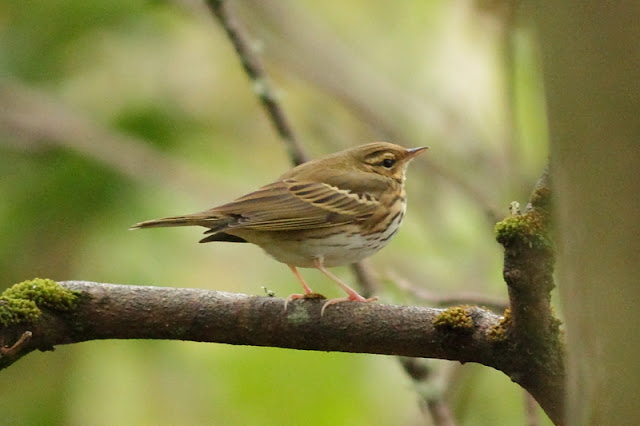